One of the reasons why I dislike short vacations is that not only do you have to be efficient with your time, but if something goes wrong (which it usually does), your options to try again are limited. Unfortunately, our first full day in Skagway was interrupted by the worst weather Skagway had seen all summer. While temperatures had been usually warm this year (high 60’s), our first day was greeted with 45 mph winds and ominous thunderclouds. 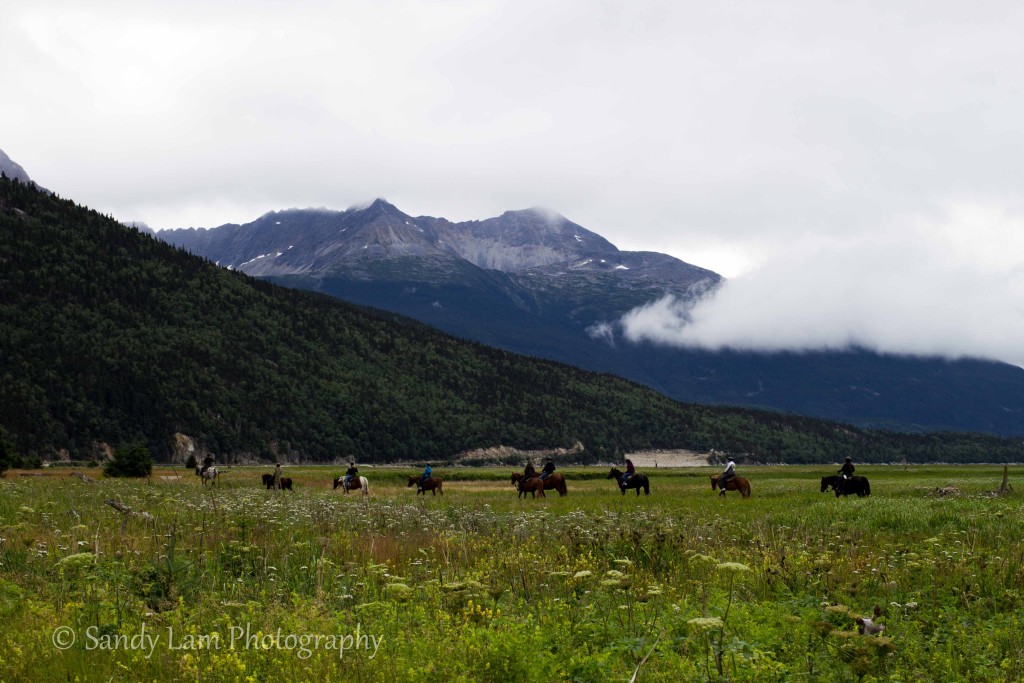 We were originally supposed to head out on a glacier kayak tour, but the winds cancelled our boat to get out to the Lutak Inlet. So we opted for a Ryan/Jess narrated tour of a neighboring area known as Dyea. Dyea (pronounced Di-yee) is the original first settlement of the Chillkoot Inlet. It was originally chosen as a settlement because the tide of the waters made it easy to bring in ships. Eventually it became abandoned after several unfortunate events such as landslides and floods. 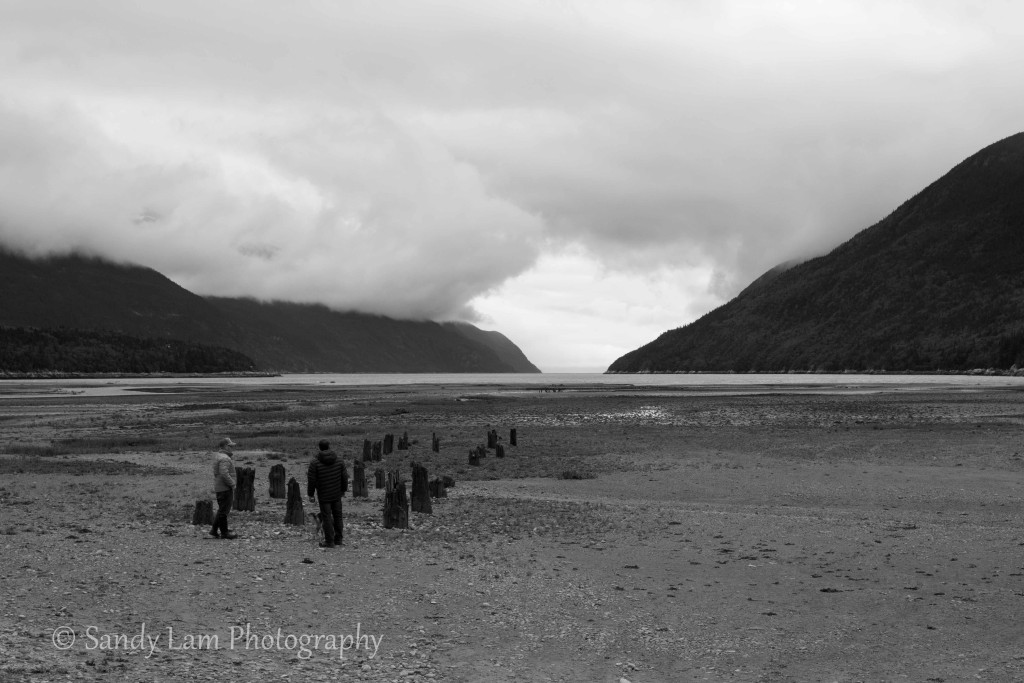 The day we went out there the tide was WAYYY out…we walked at least a mile where the tide normally comes in before we finally gave up. Like much of Alaska’s coastal inlet towns, Dyea sits between steep mountains, creating a narrow valley. It certainly feels cozy when you think about how tiny you are compared to the vast wild that surrounds you. Except that wind. I couldn’t tell if it was the geography or the weather, but it was probably both. 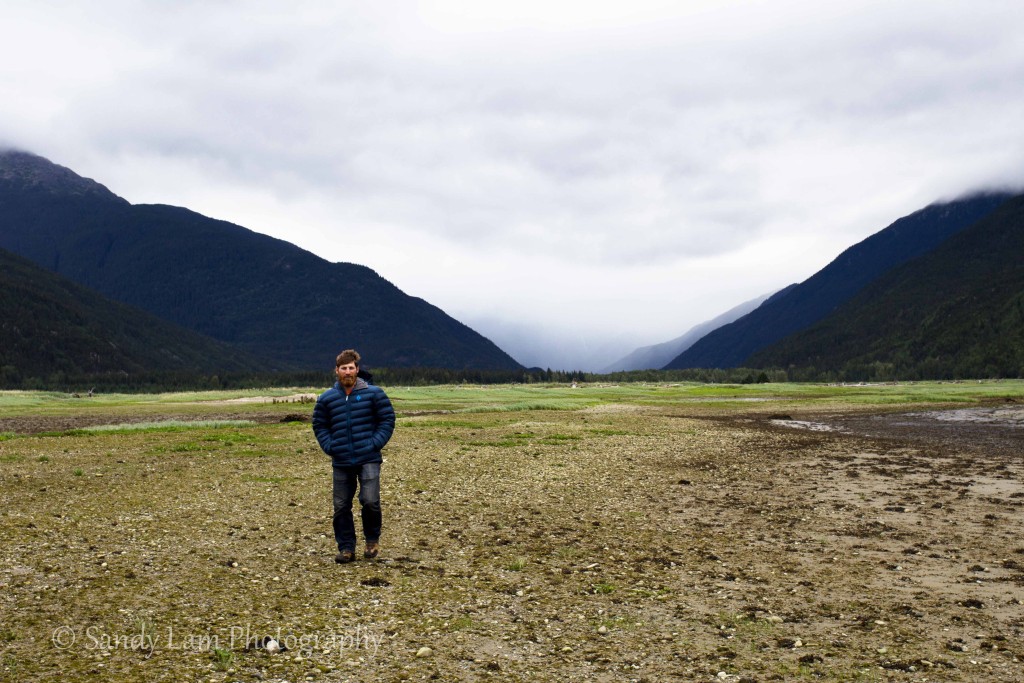 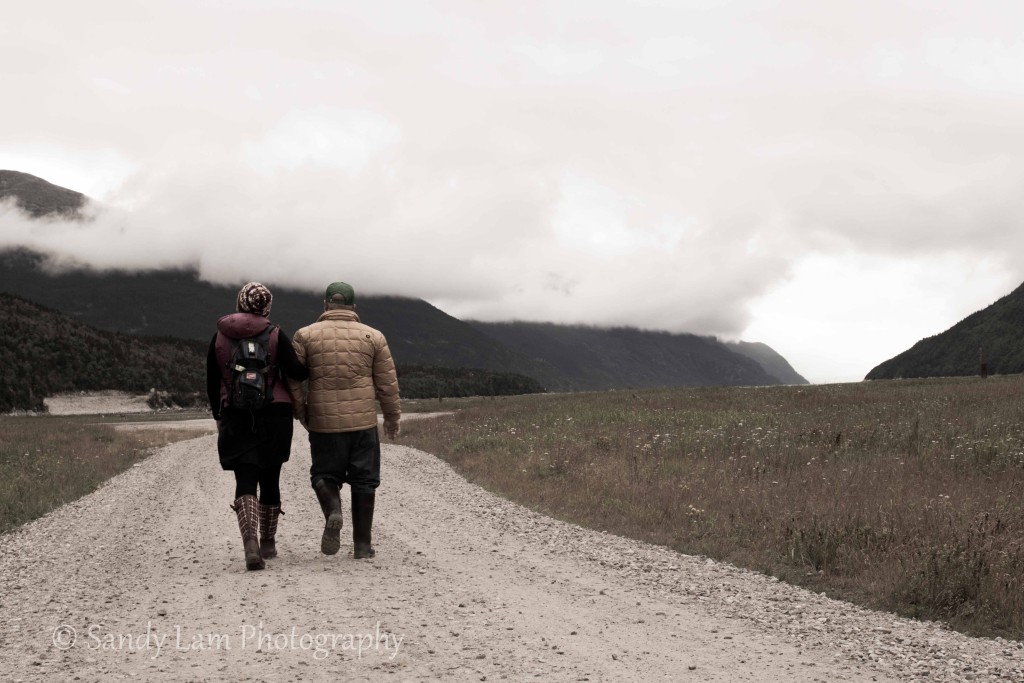 Dyea happens to be a common place for bear sightings as the inlet creates long river channels which is perfect for salmon! You can find people and bears fishing alike. We were a little late in the season so there weren’t very many fish around, but I was ok with that. There wouldn’t have been anything in between me and a bear beside the salmon and a whole lot of flat grass. Besides, we were with Ryan and Jess, who apparently in their 7 years living in Alaska, have never seen a bear. In fact, they were just telling us this fact when we ran into some people they knew who said they just saw a bear in the same area were standing in just the day before. Haha. 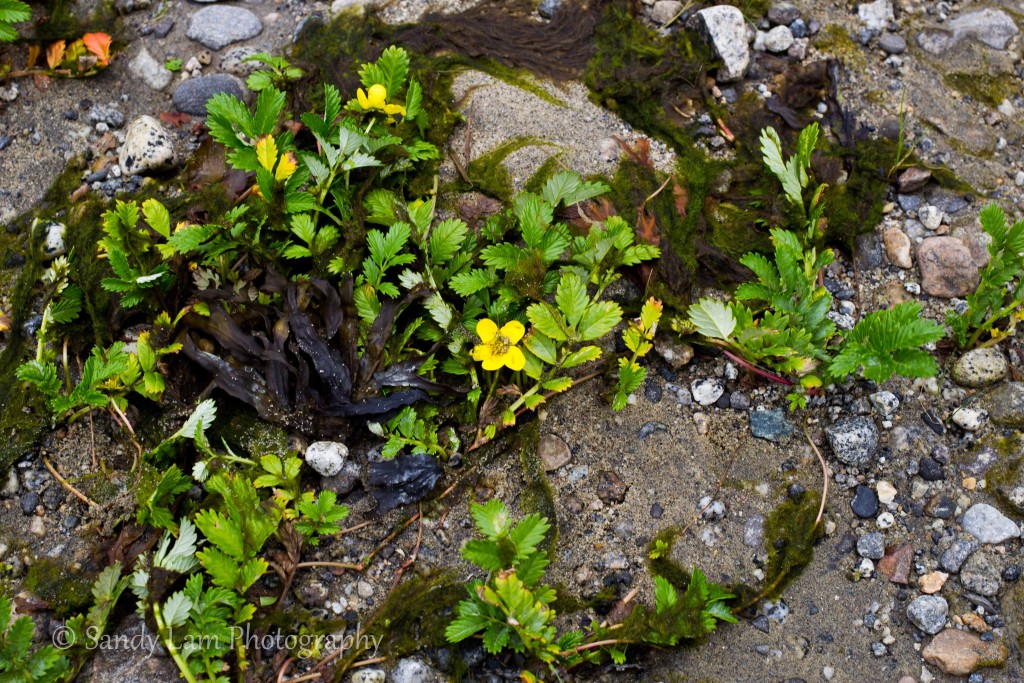 We visited some historical sites and I know I’m a big weenie when it comes to ghost stories and such, but there is a strange paradox between the abandoned cemeteries overgrown with lush green forest. It’s peaceful and eerie at the same time. Burial markers showed people came from all over, from New York to even the local neighbor of Ballard (Seattle, WA)! 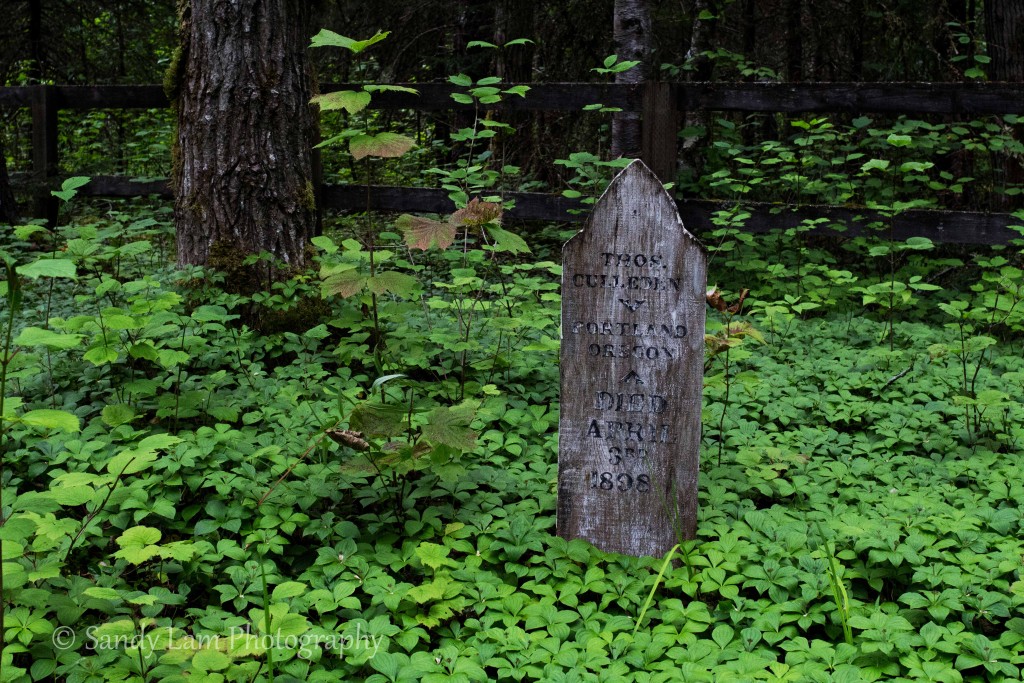 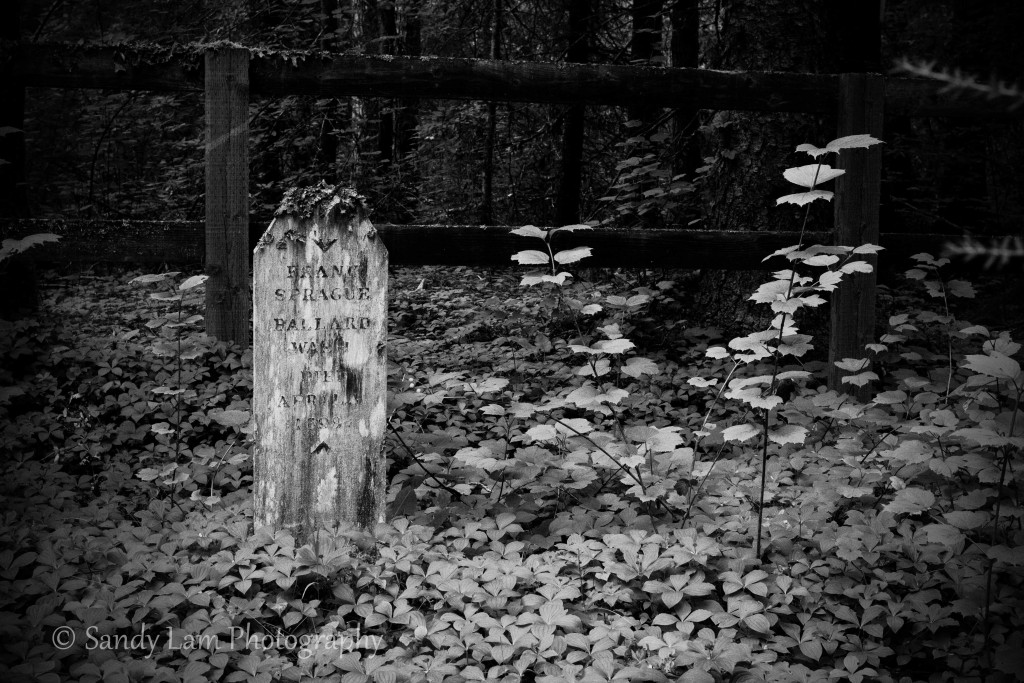 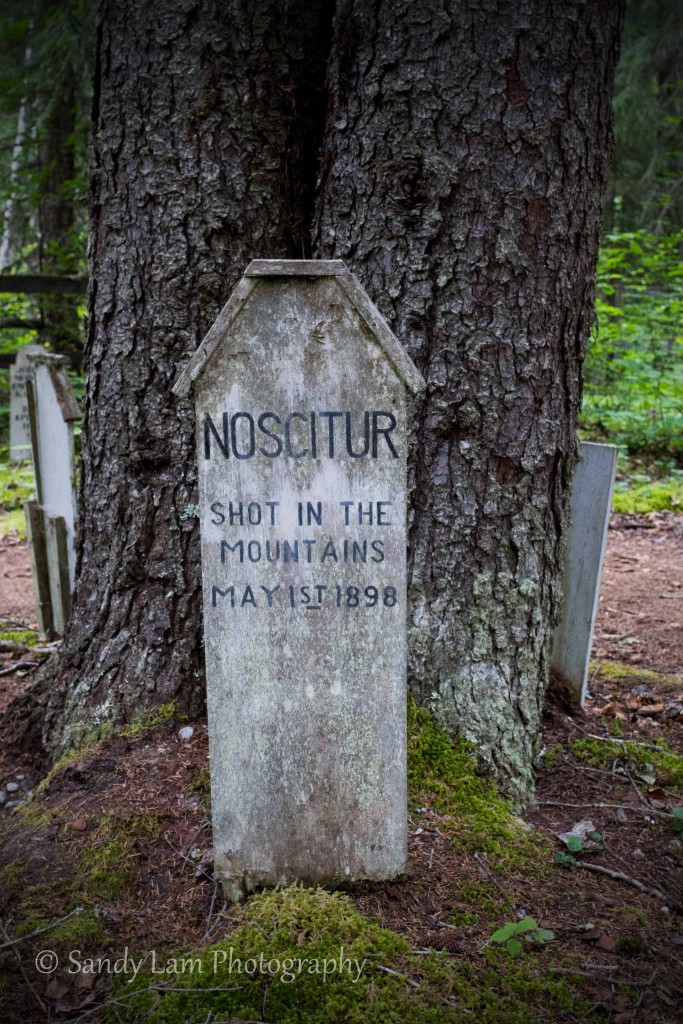 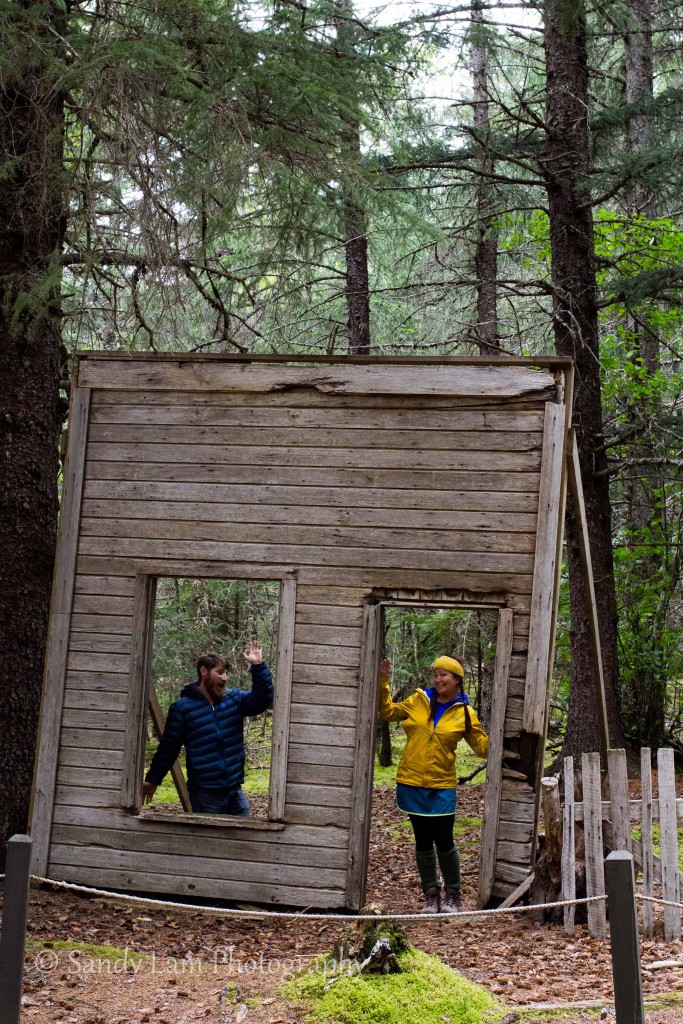 After our walk about we stumbled upon some local river guides on the side of the road. So what does one do? Go for a river raft trip of course. Ryan worked his little magic and boom, we were promised a guided river float. I loved the randomness of it all.

Safety first with this guy. Life jacket and beer ready. 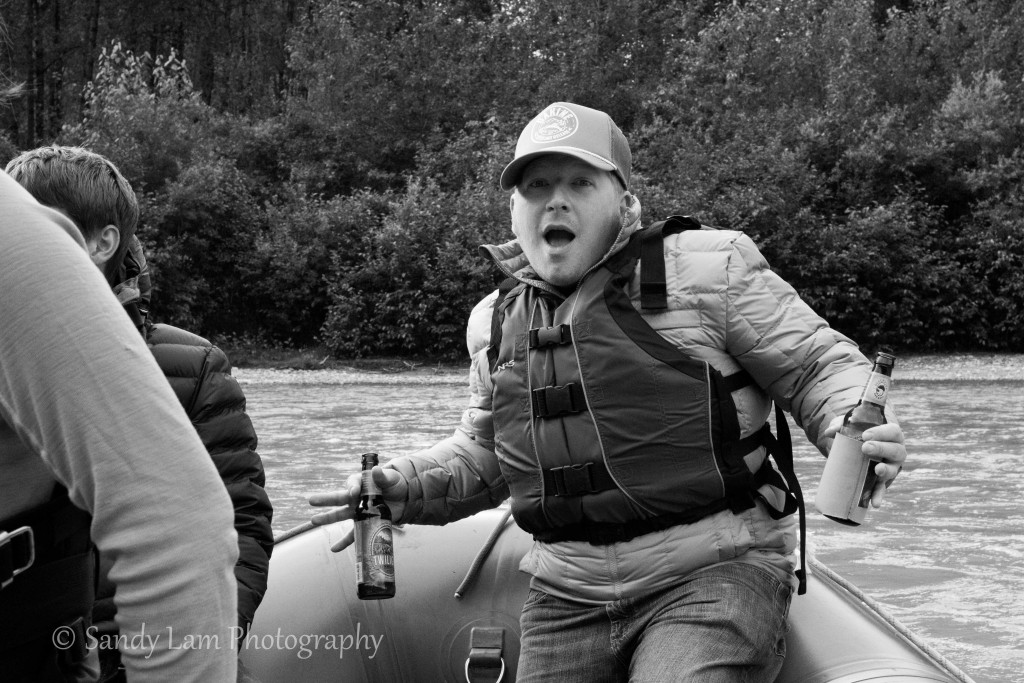 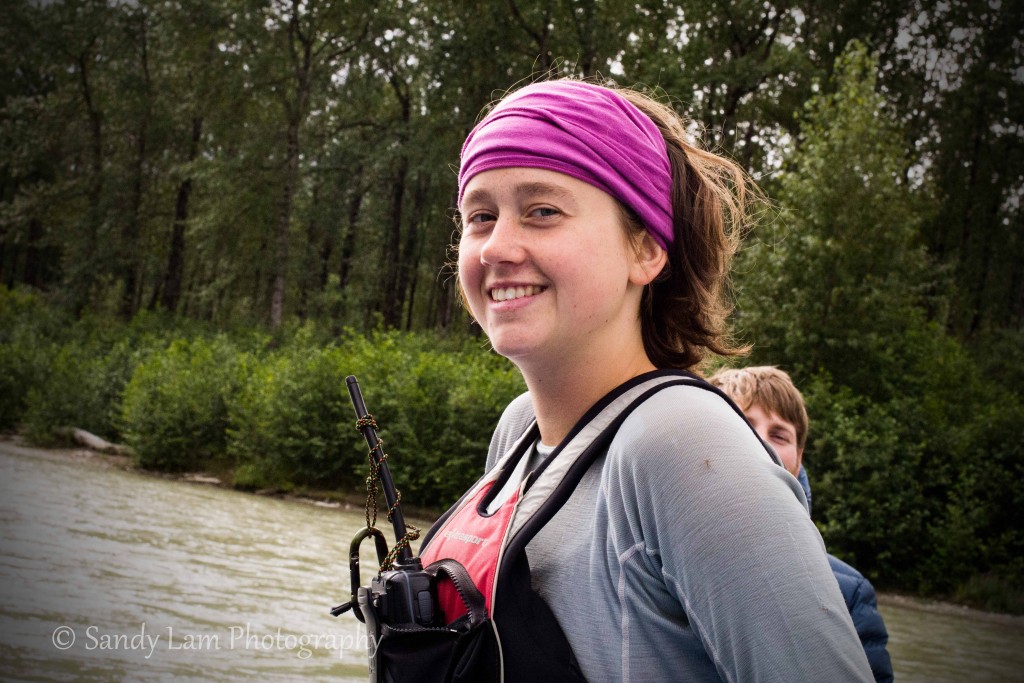 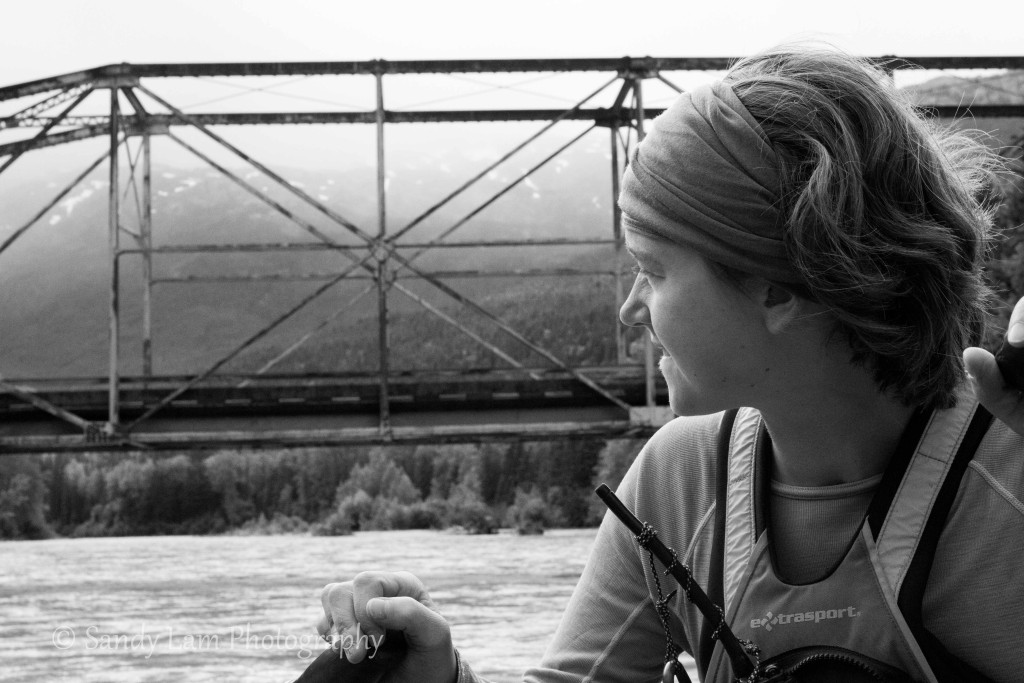 Our amazing guide who was smaller than me and feet barely reached the cross bars in the raft but she was incredible! My hero! 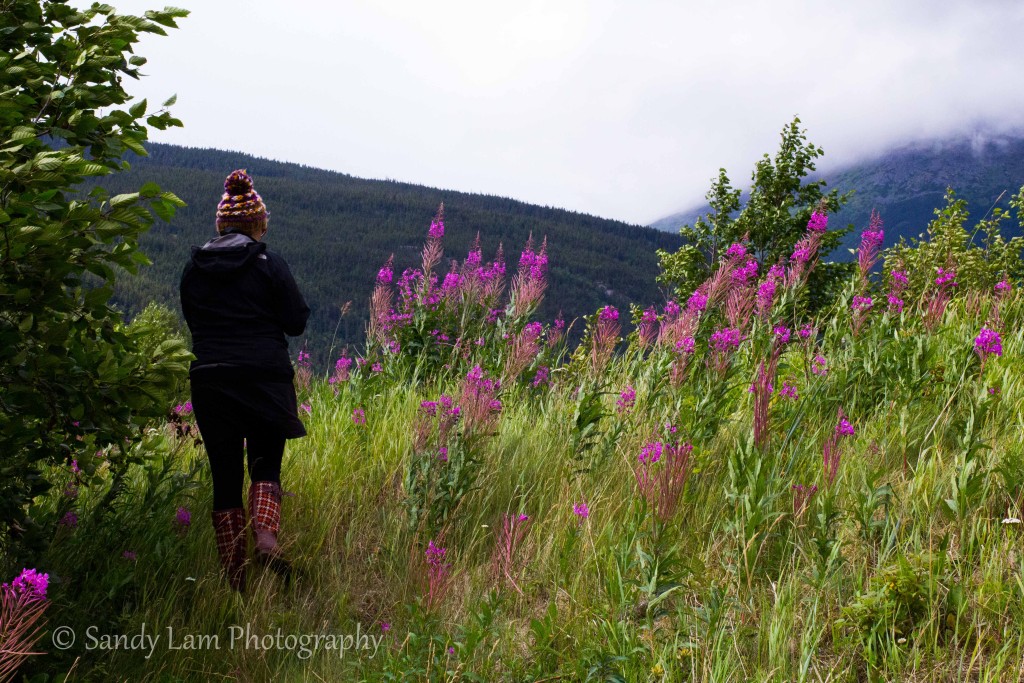 After the 45 minute float, we hung out and enjoyed the soft wind and wildflowers. They called it fire weed, but I prefer wildflowers. 🙂 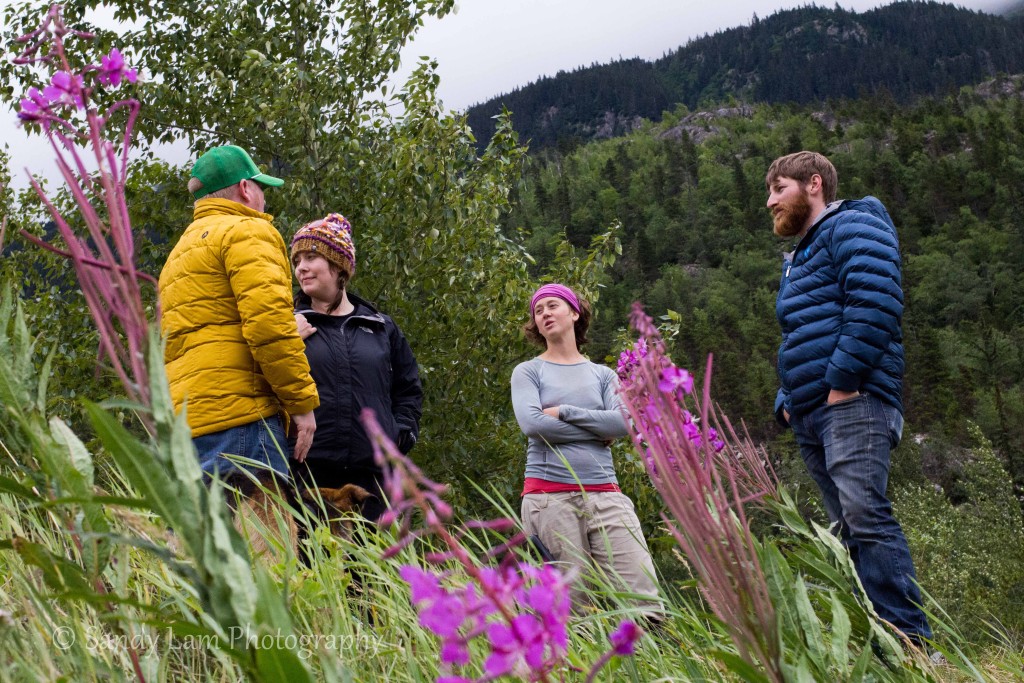 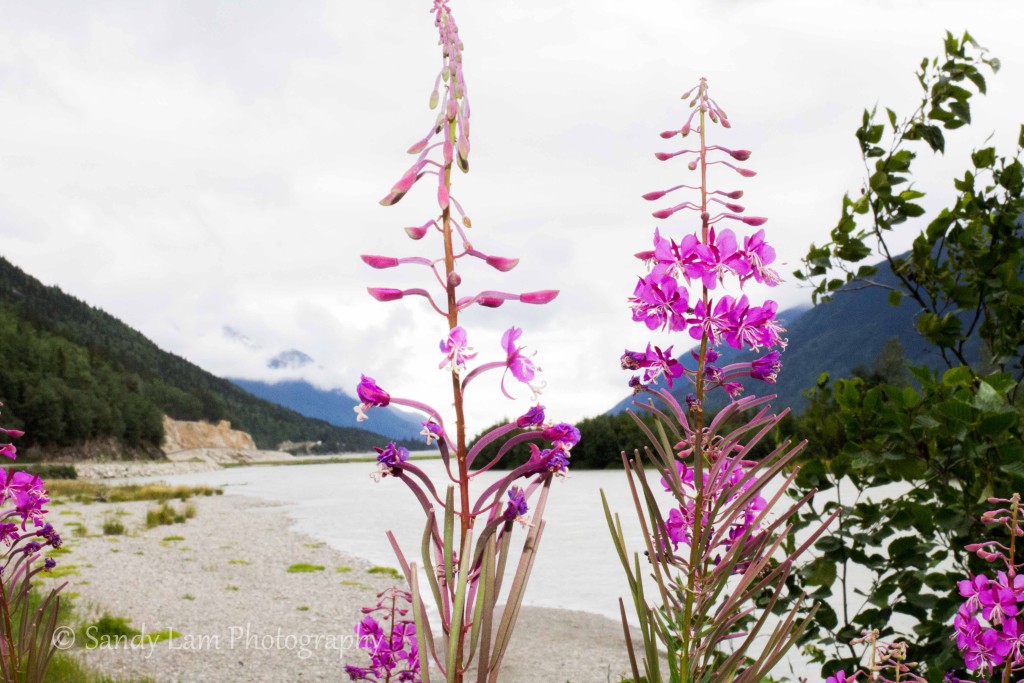 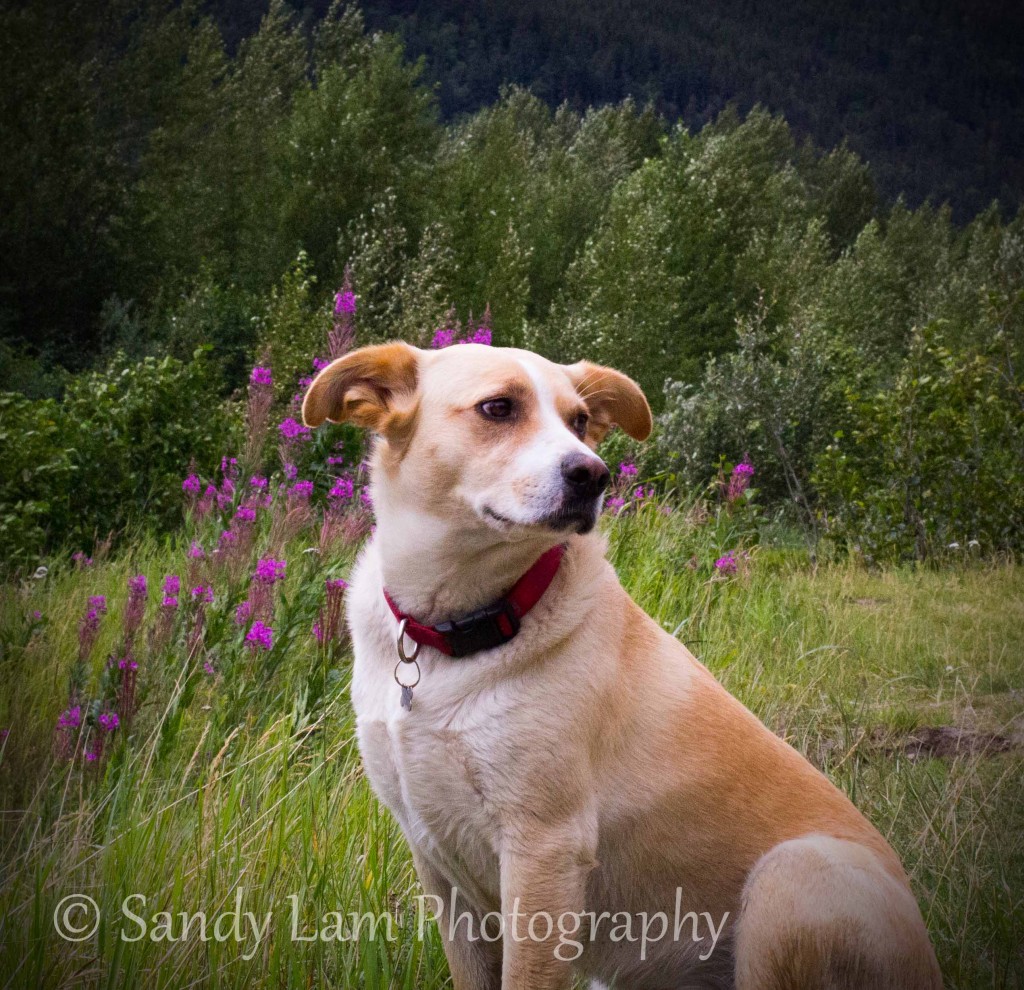 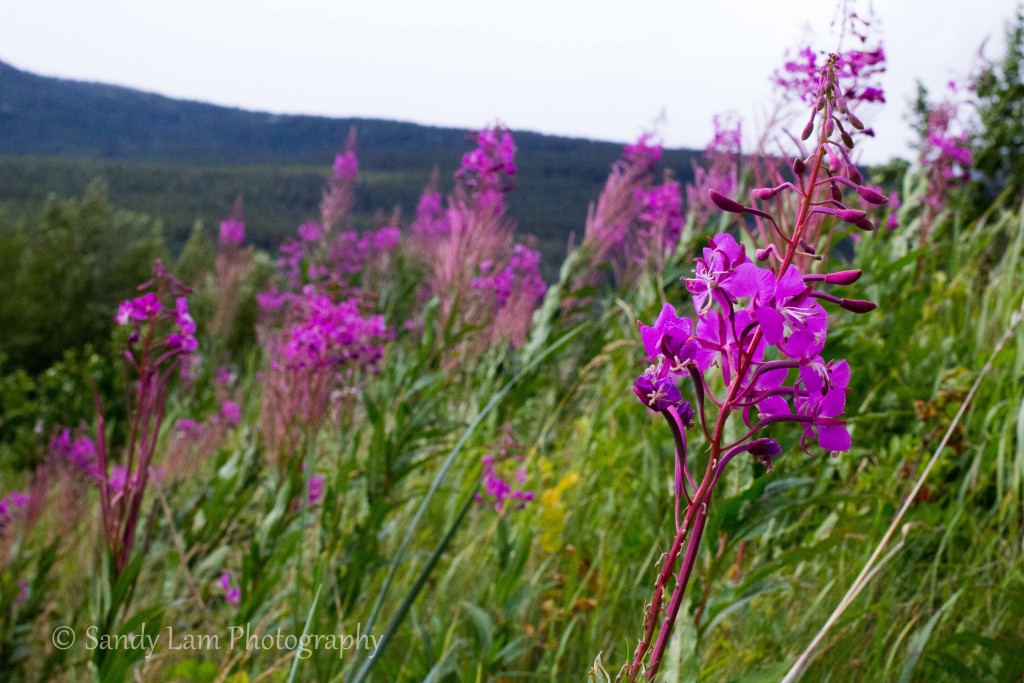 All in all, a great relaxing day of exploring the surrounding Skagway. Next up, train and glacier adventure!