Laughton Glacier and the Yukon Route My first real Alaskan excursion was definitely one of my favorite hiking experiences ever. Who doesn’t love getting dropped off at a trail head in the middle of nowhere by a train? It’s only about as fun until you’re sprinting back at the end of the day to catch the last train back into town. 🙂

We caught an early morning train so we could take our time hiking before we had to catch the last train into town (around 3:30 p.m.). Decked out in our hiking gear and day packs, stepping onto the old replica and restored parlor cars was like stepping into California Adventure. 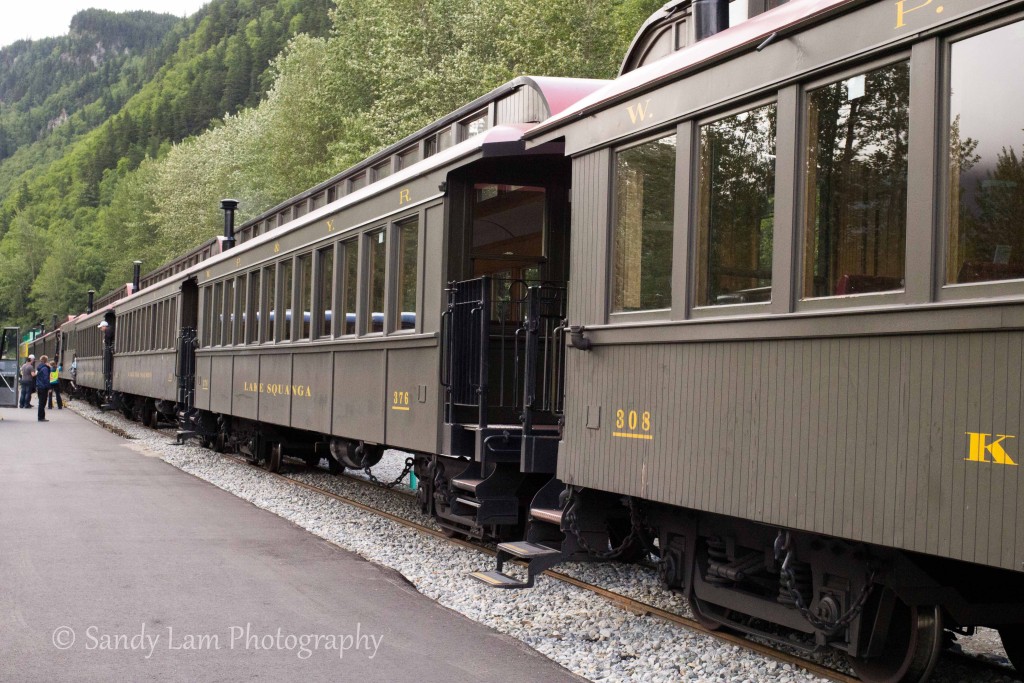 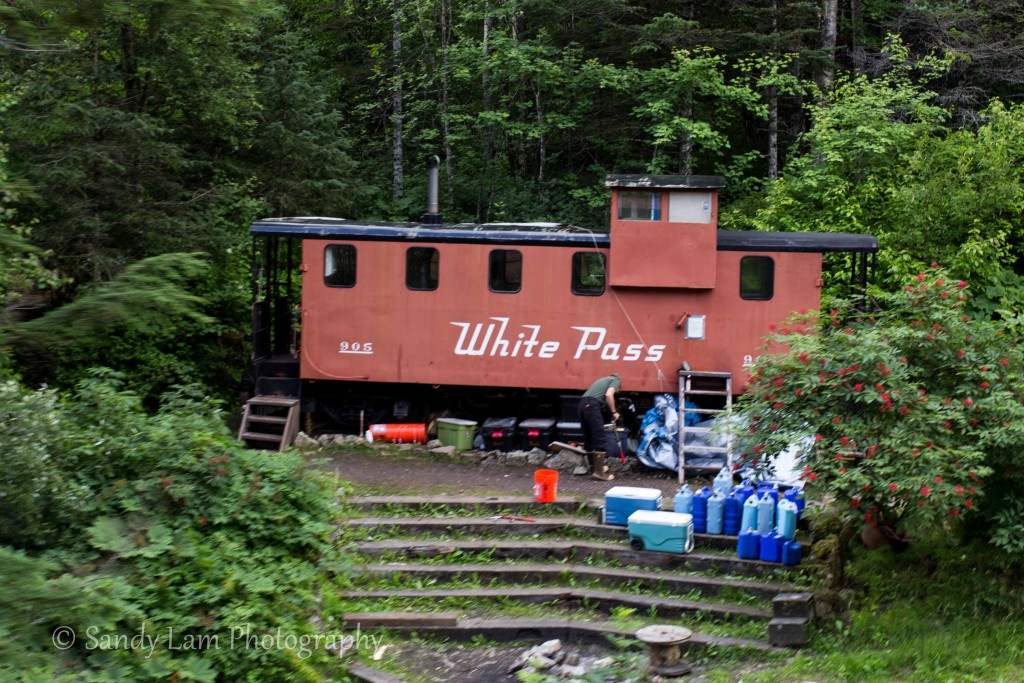 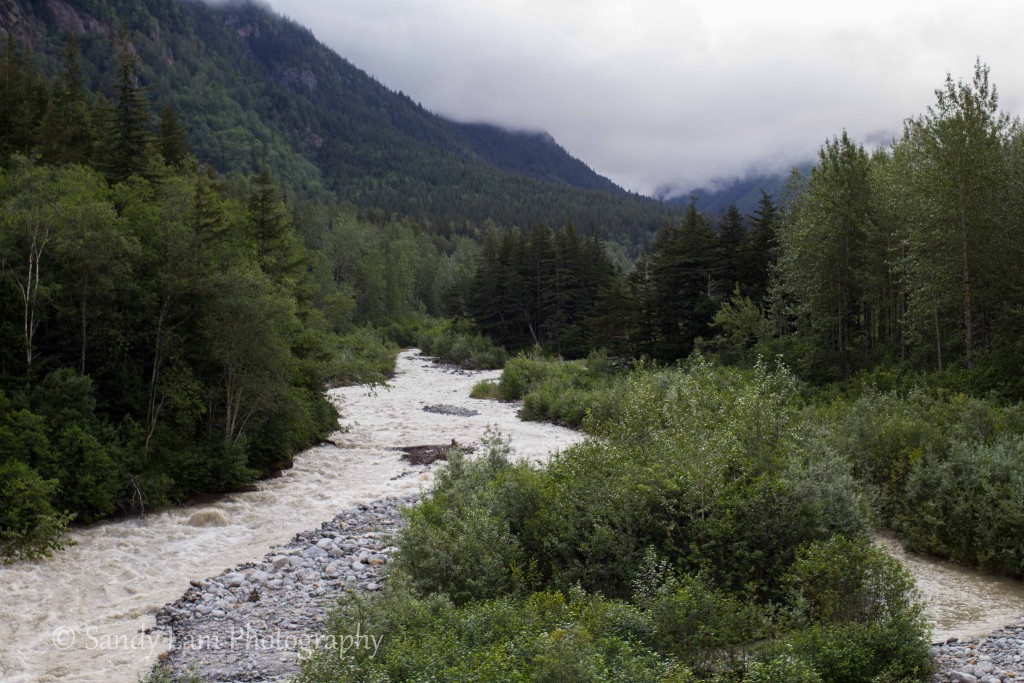 After about an hour’s ride over rickety bridges and cliffs, we were dropped off at the trail head for Laughton Glacier. I almost felt like we might be spies about the journey into the wilderness on a secret mission. If we had continued on the train, we would have climbed almost 3000 feet over the next 20 miles through two tunnels and numerous bridges and trestles. The steel cantilever bridge was the tallest of its kind in the world when it was constructed in 1901. 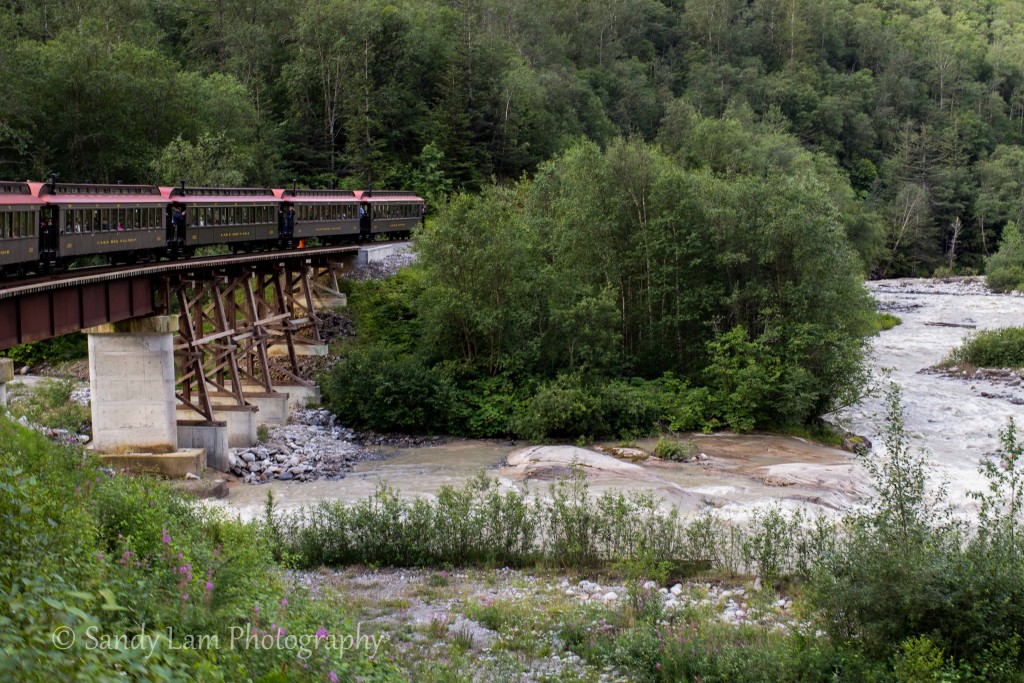 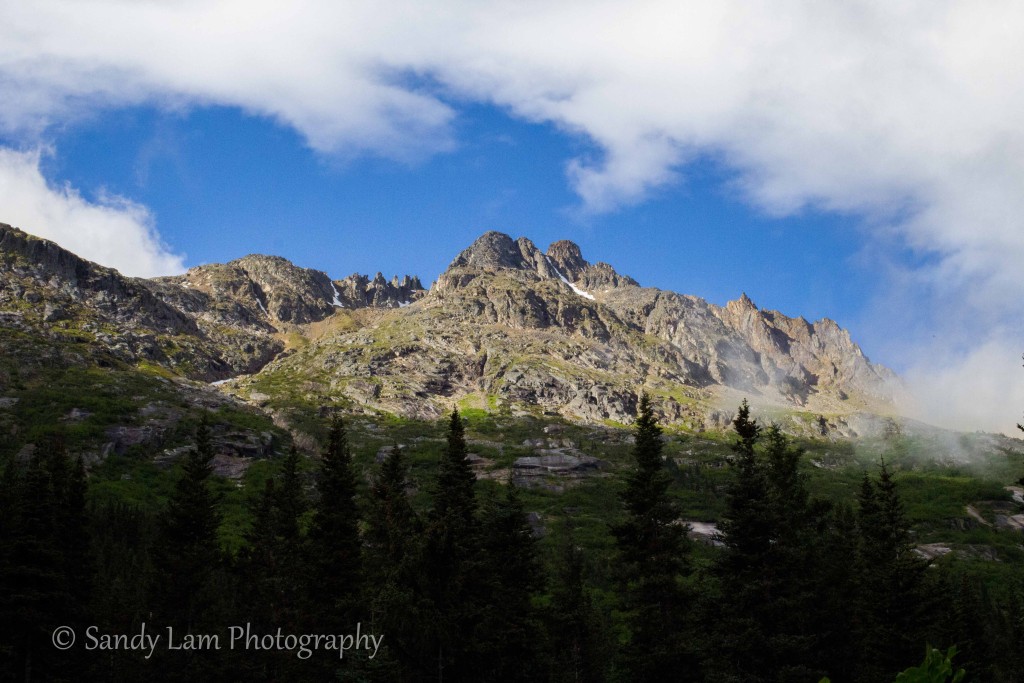 The trail to Laughton Glacier was beautiful. It was like hiking in the PNW except everything was 4 times it’s normal size. The small bundle of devil’s club we’re used to back home suddenly had leaves the size of my dining table. 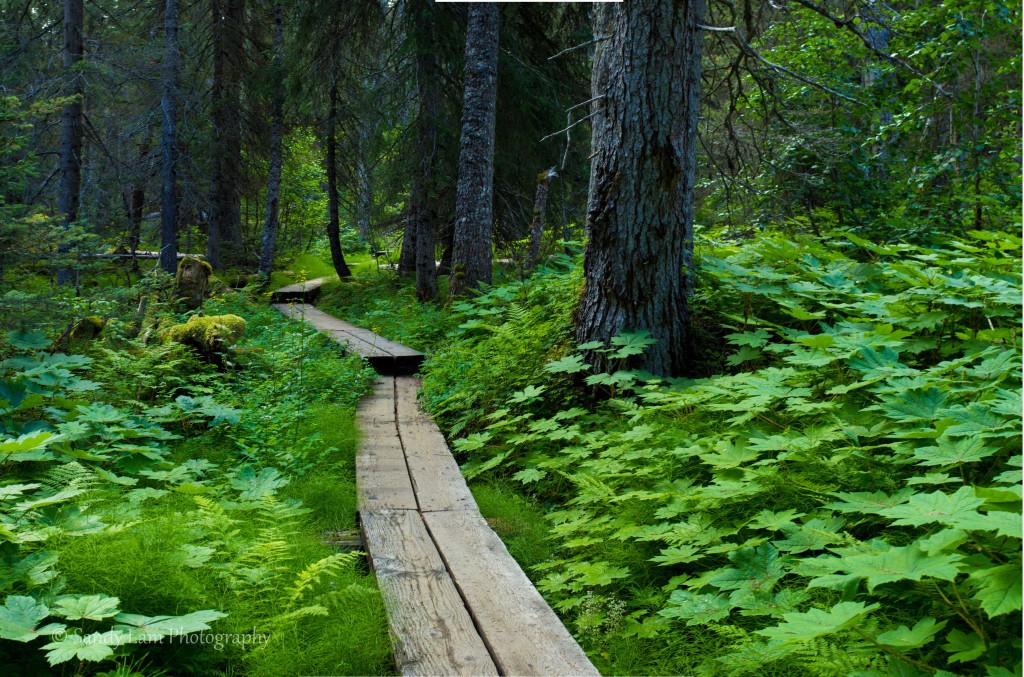 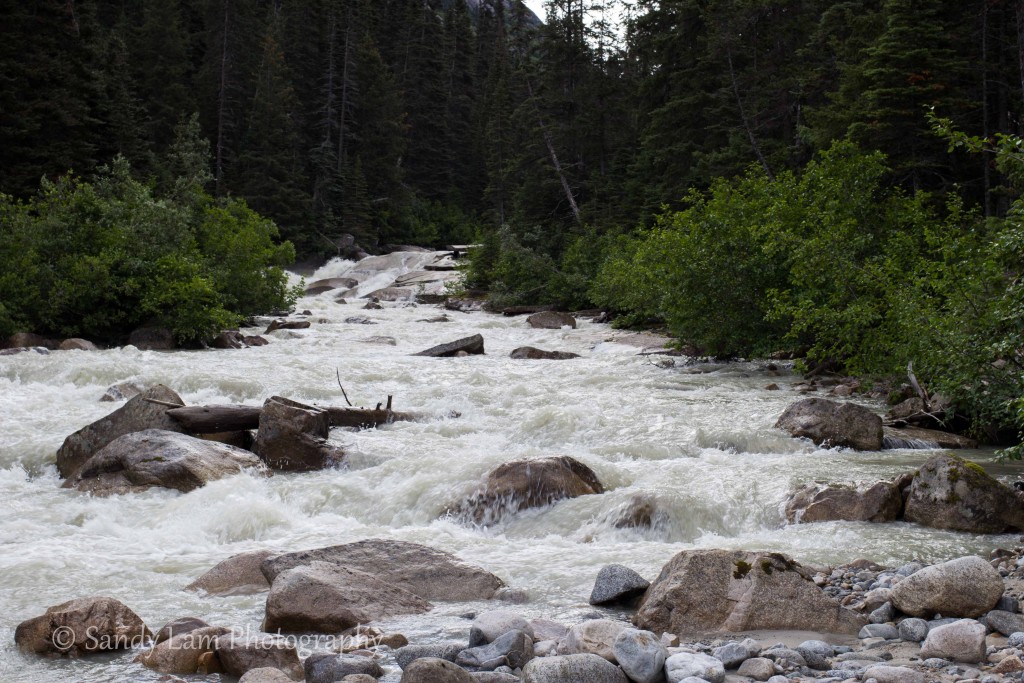 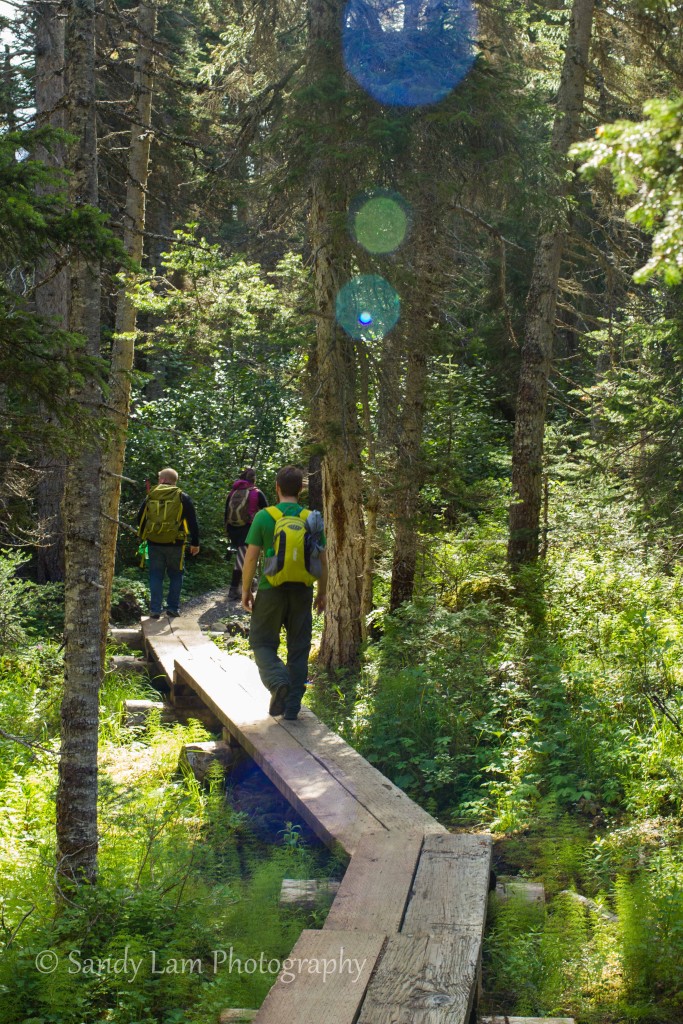 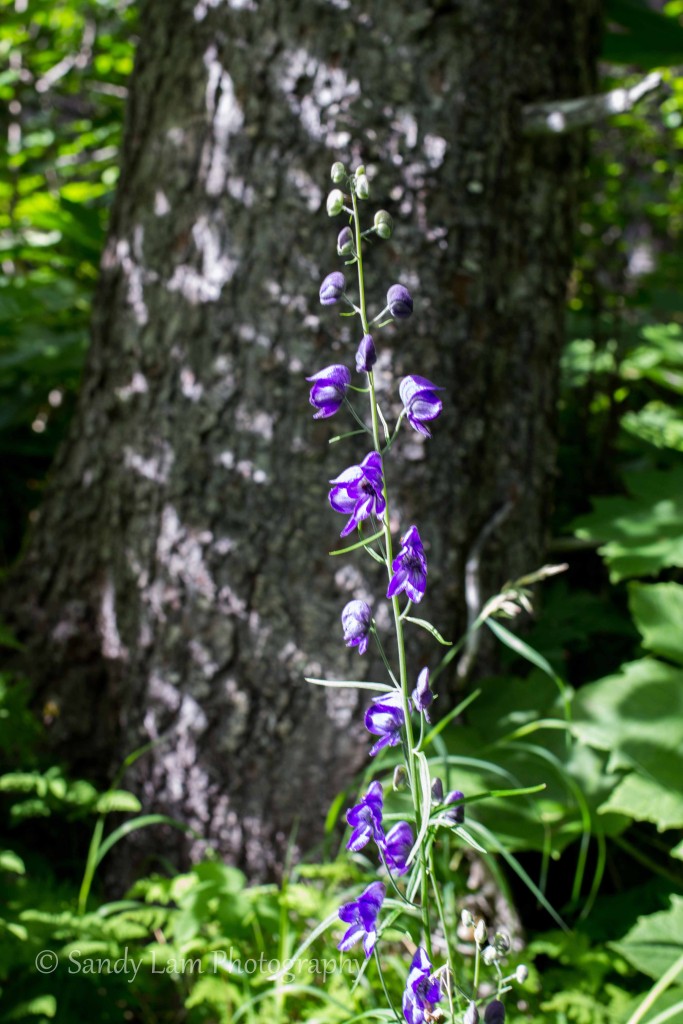 The weather held out for us, partly cloudy with bursts of sunshine in between. Along side rivers, across wooden planks, it was a prety moderate hike. After about an hour and half we reached the edge of the glacier. 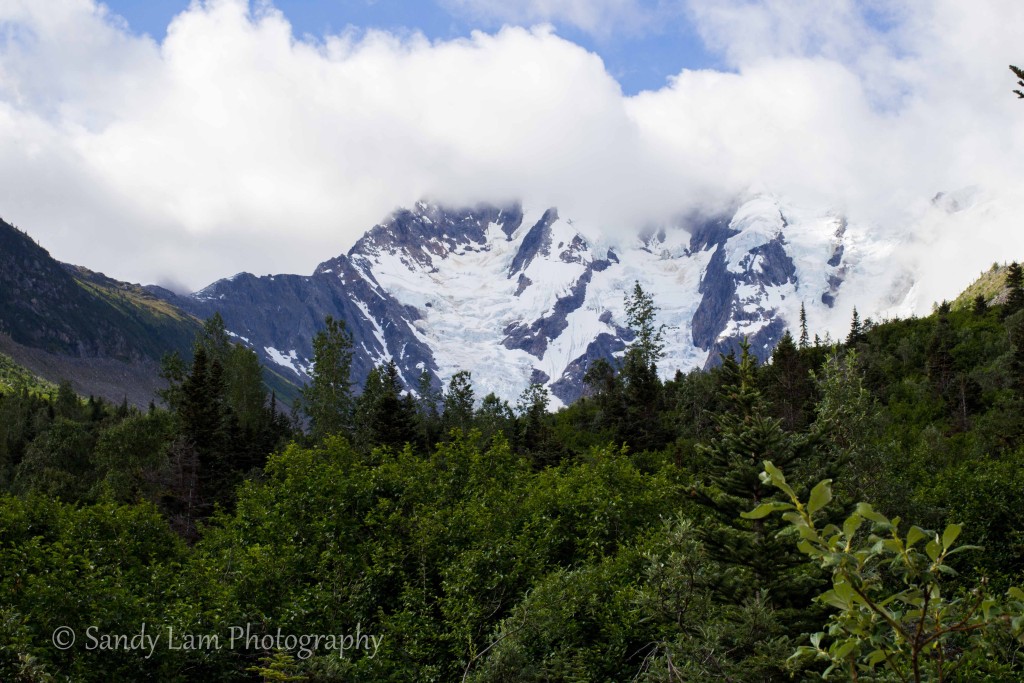 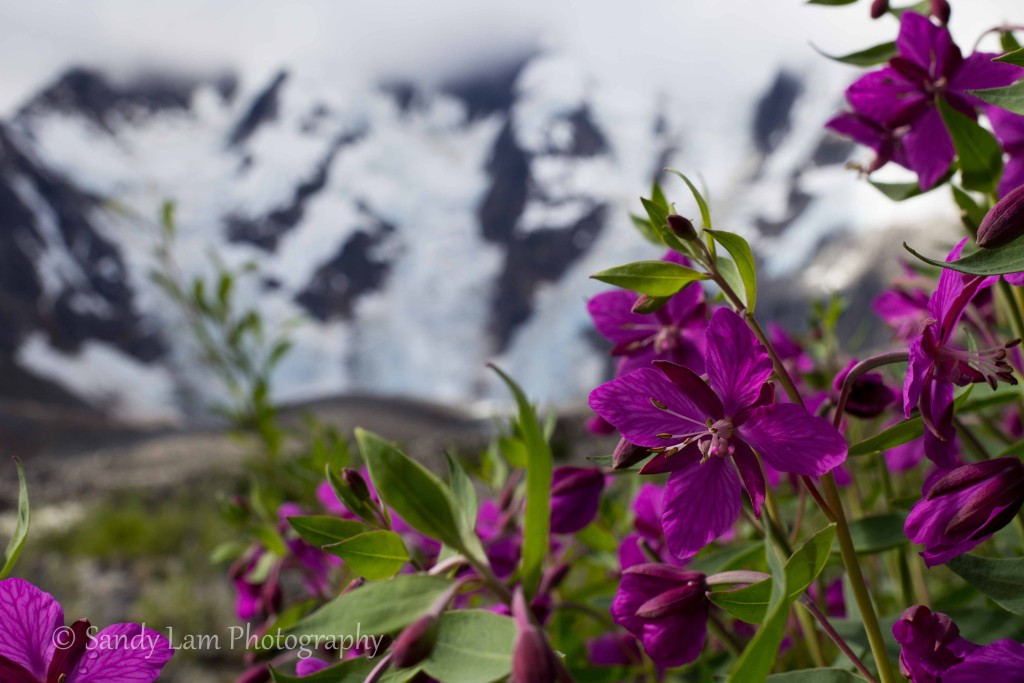 We climbed the glacier for another hour or so thinking we could get to the back of the glacier but it took forever! There were so many rocks and dirt on the glacier, that from afar it looks like dirt, but in fact it’s ice. 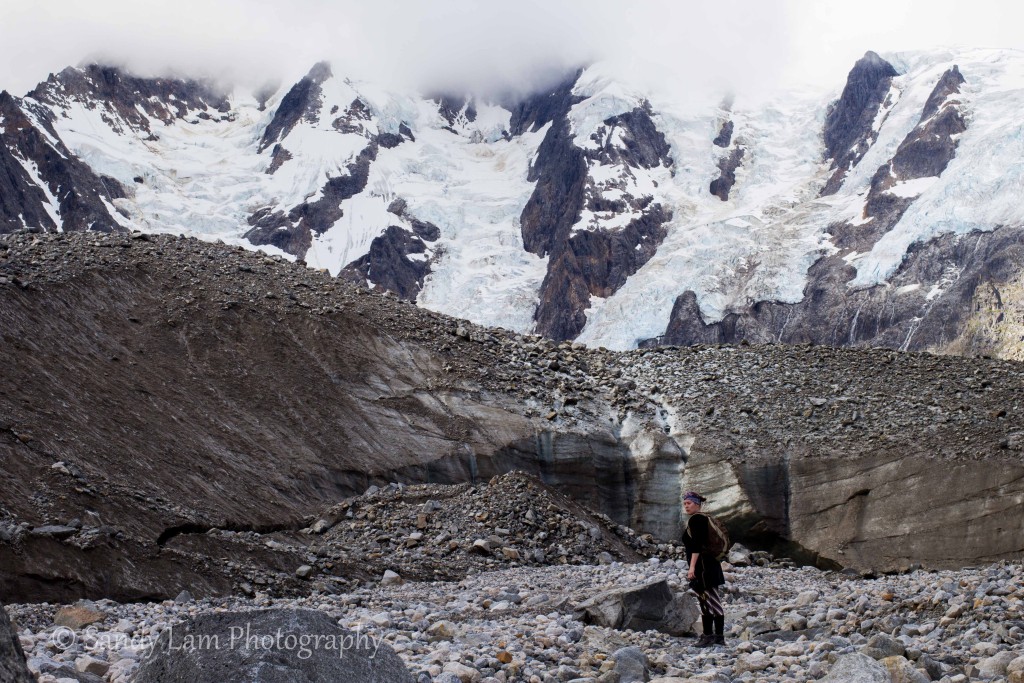 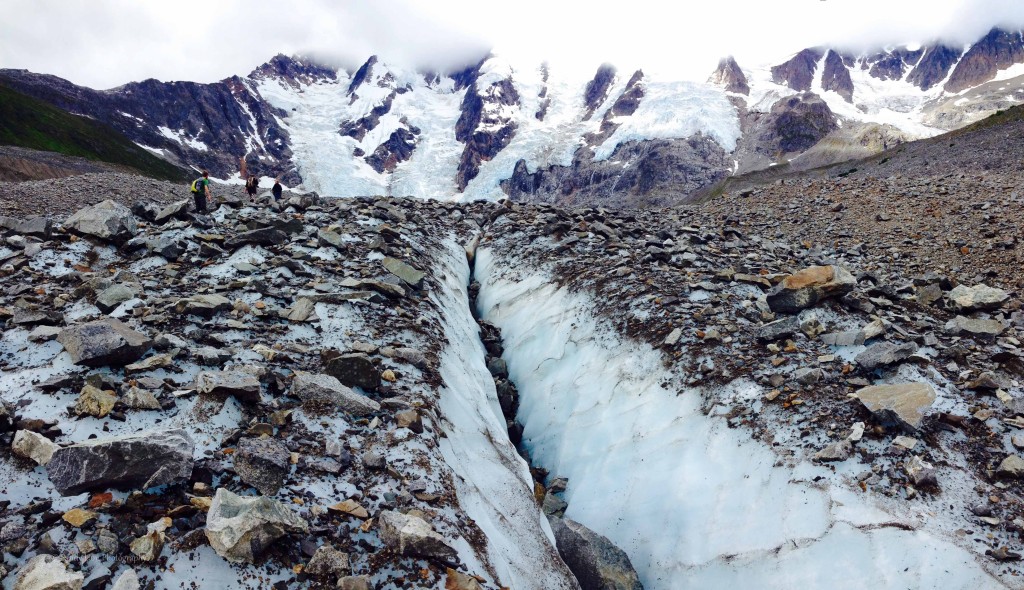 The deep cracks in the glacier rerouted us a few times. But eventually we found a nice level area to have lunch and enjoy the view. 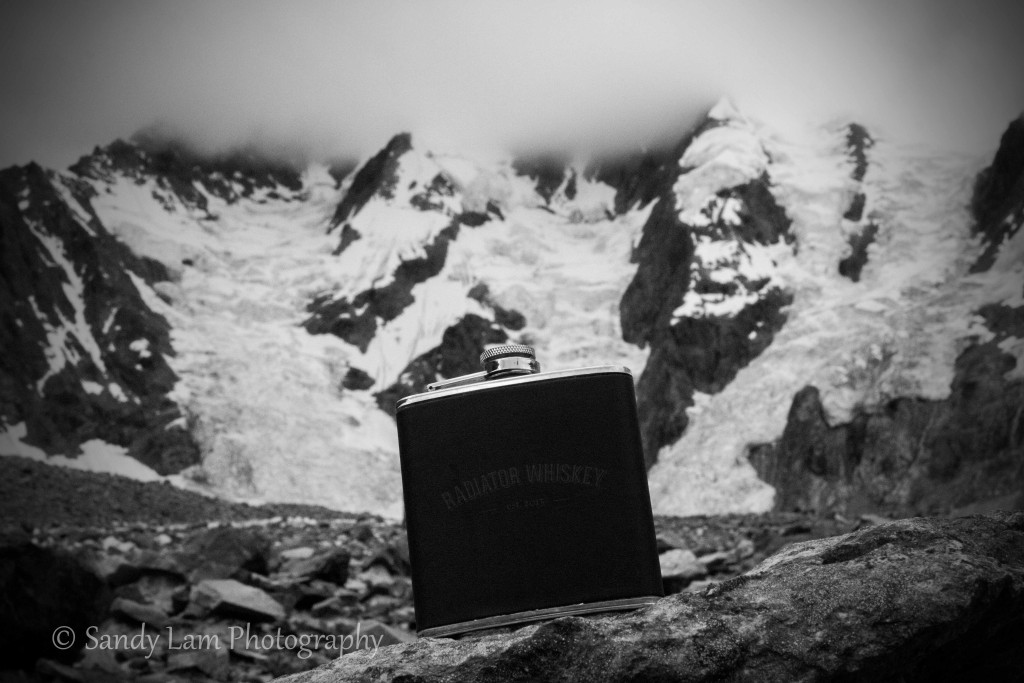 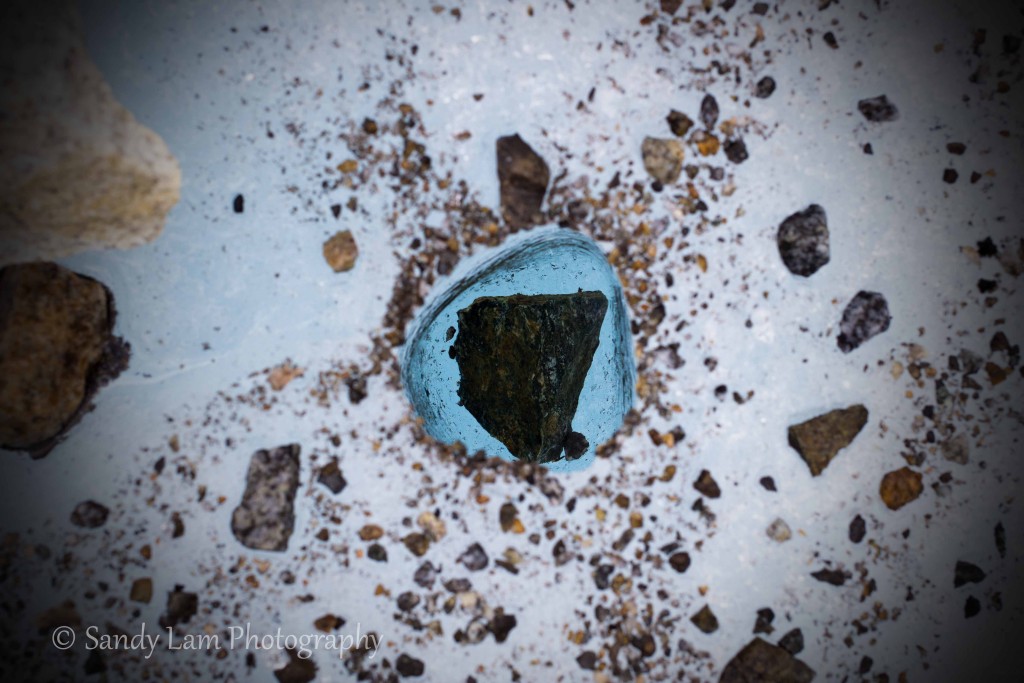 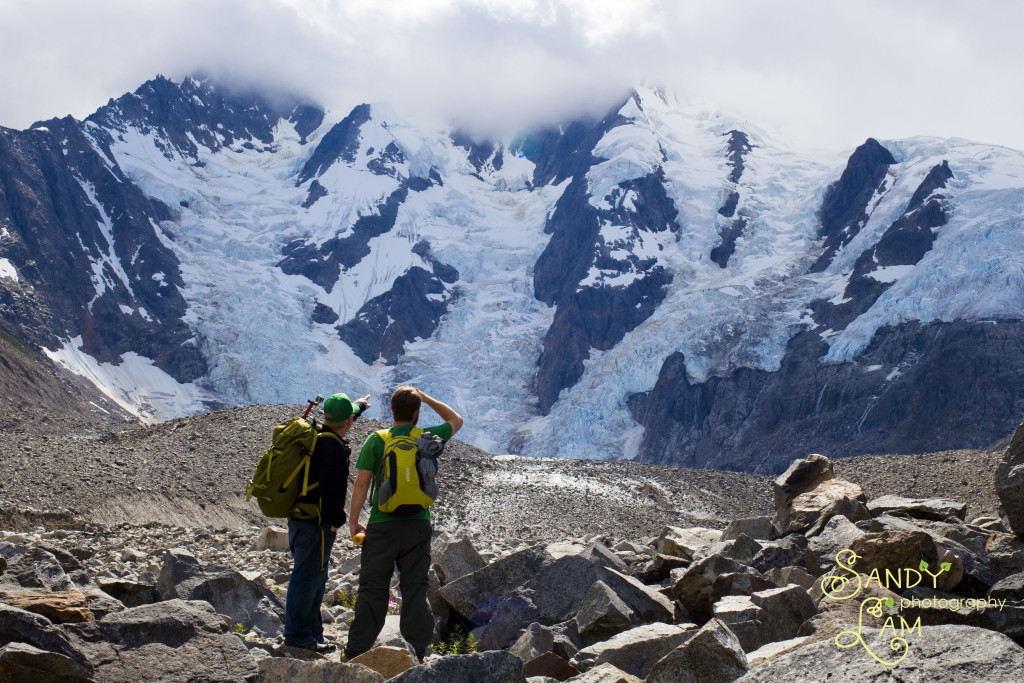 We rushed back to the trailhead and train platform, only to run into a traveling foreign family of four who had been helicoptered in and their guide, who was at least 15 years older than any of the parents was carrying all of their gear. Some life eh? Well apparently, if you have the money, that’s something you can do and take the train back. 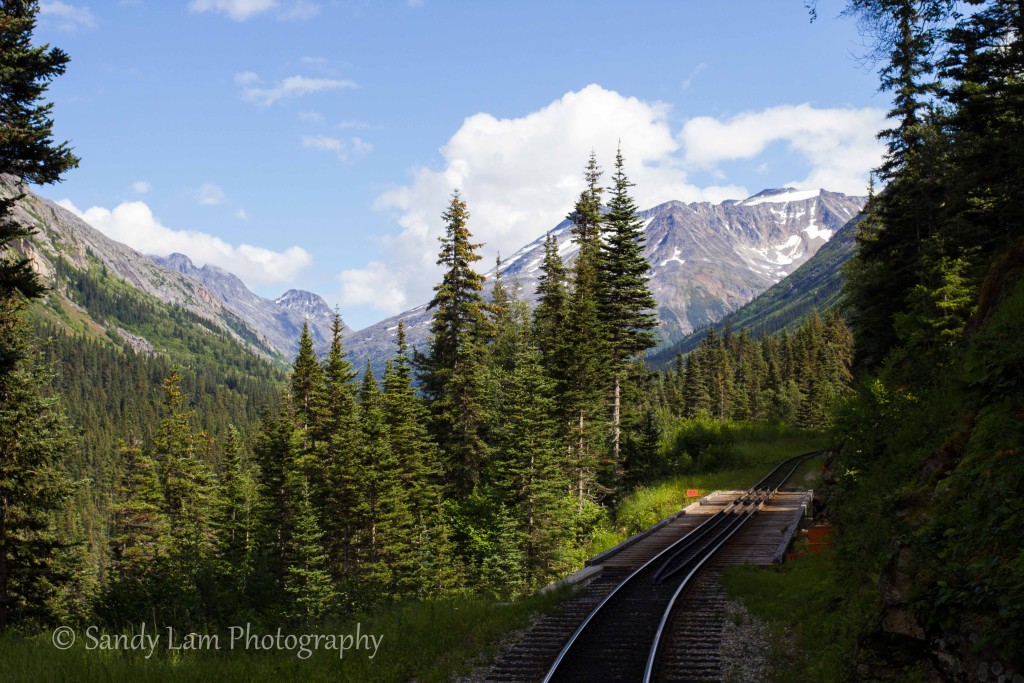 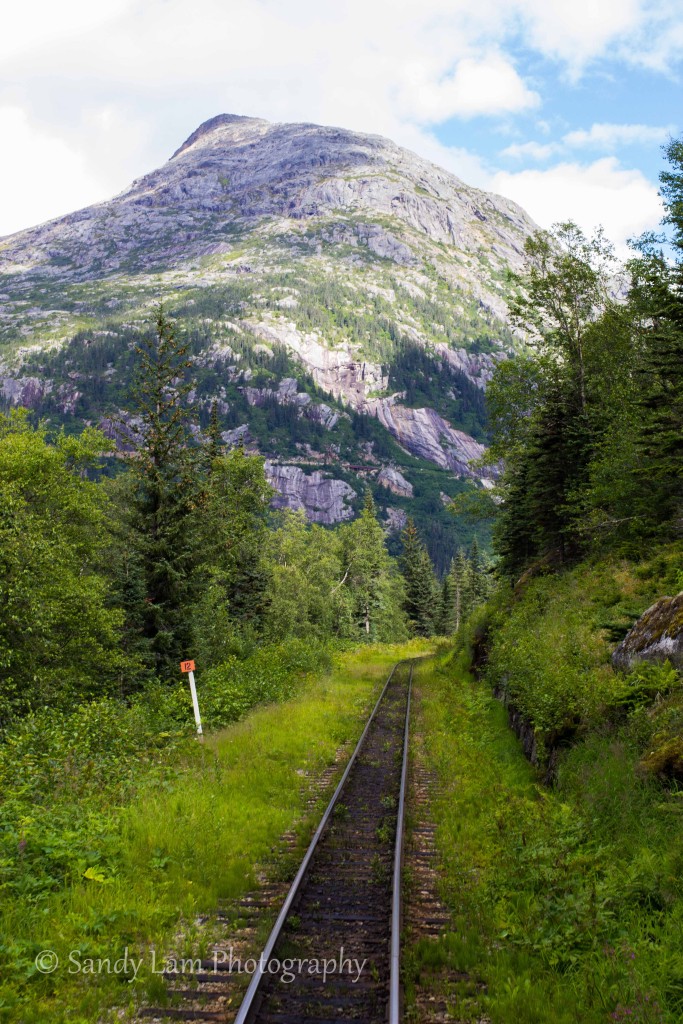 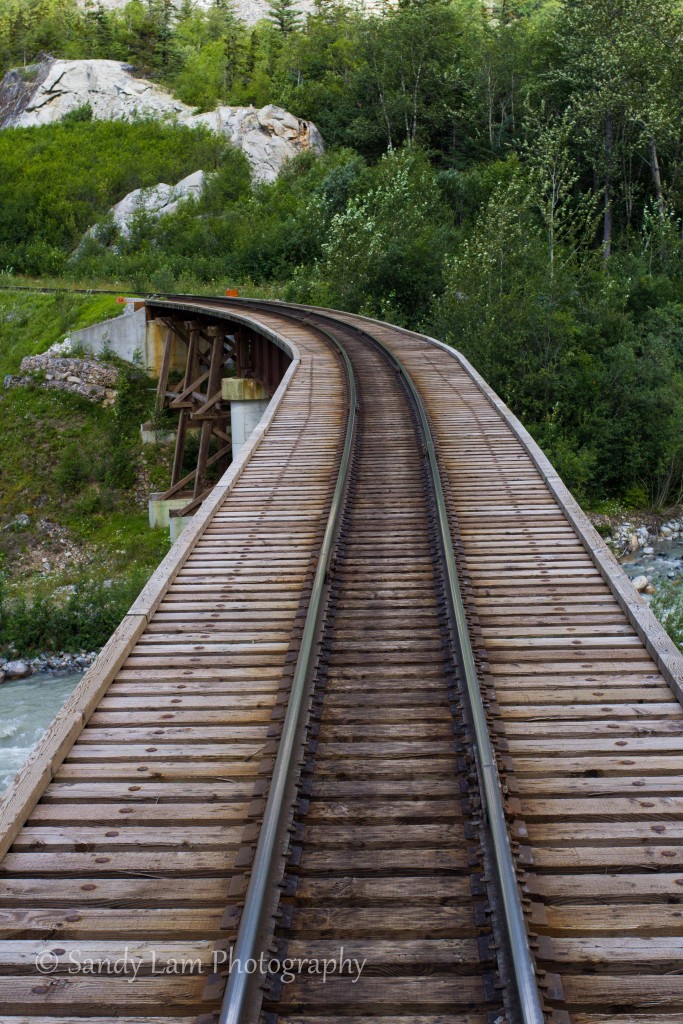 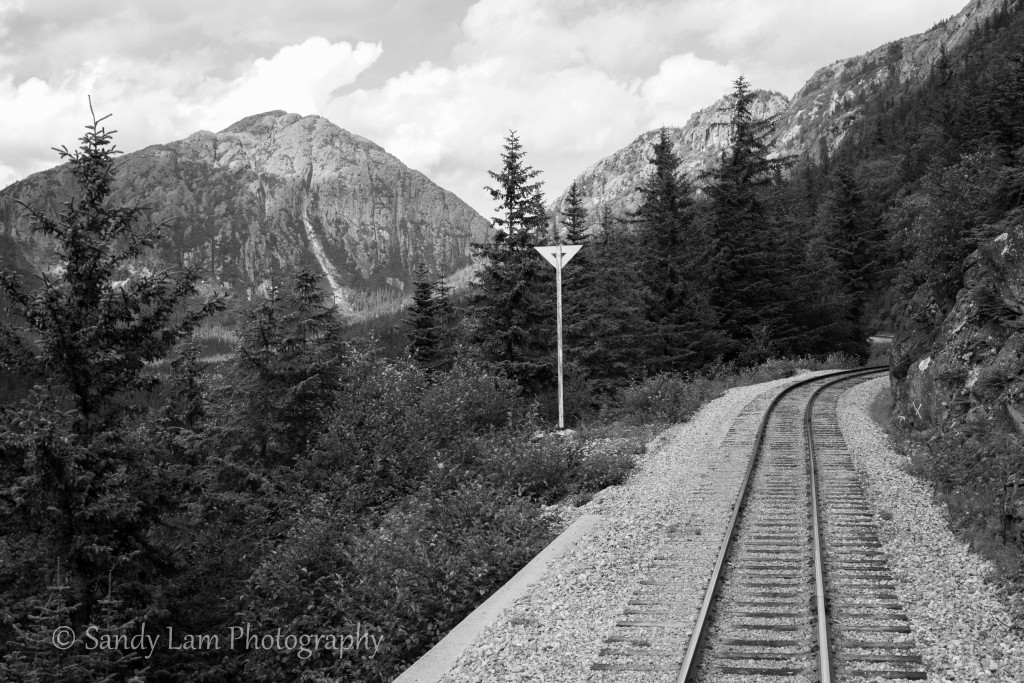 I love trains. It really is the best way to travel.