You would think after swimming through seas of people in India, that I wouldn’t be so unnerved by large amounts of people, but I guess I wasn’t excepting to feel that way in Alaska. Because it is rather unnerving to see 10,000 people descend on a small town of 1,000 people in a matter of hours. Because that’s what happens in Skagway, Alaska. This SE small tourist driven town, physically wedged between 6,000+ ft mountains comes to life for 4 months of the year. All year, residents and local transplants work to get their town in tip top shape to accommodate the daily floods of people. Skagway is a popular stop for cruise ships in the summer. It’s deep roots of the 1898 Alaskan Gold Rush fuels the tourists. It’s often referred to as the “Gateway of the Klondike” due to the proximity of Canada’s Yukon Territory. During our stay we were able to take a vintage parlor train along part of this route, but you’ll have to check the Laughten Glacier entry for more information about that. 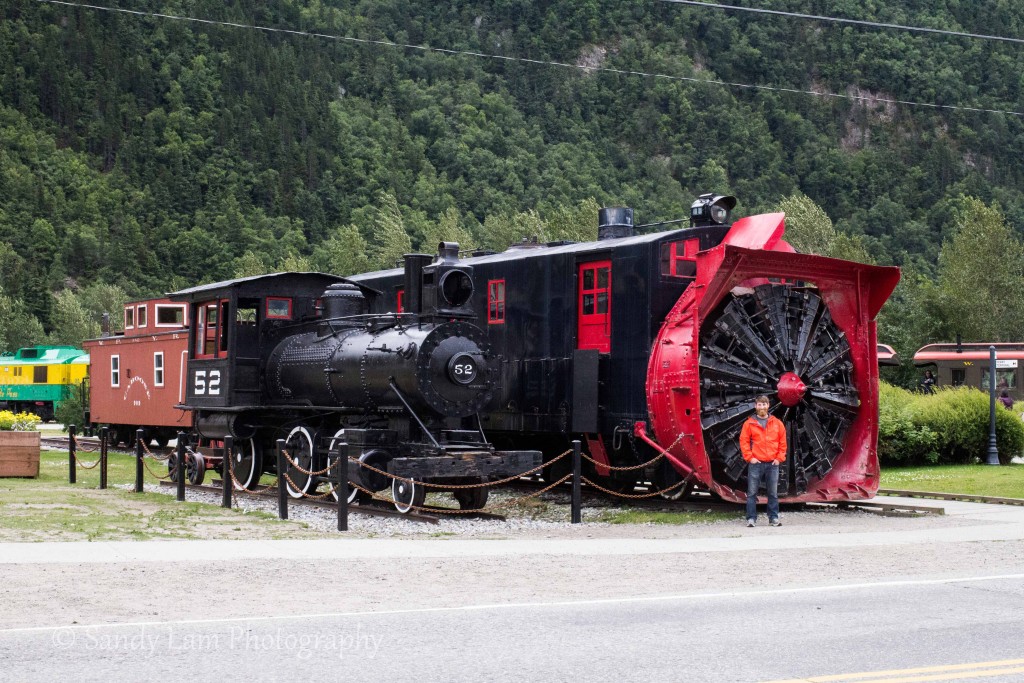 First, how to got there:

Skagway is only serviced by boats or small air crafts, so we had to stop in Juneau before taking a small plane to Skagway. We thought about taking a plane one way and a ferry another, but the ferry was 7+ hours (vs. 45 min flight) and the schedule did’t work with our Seattle flights. The costs difference was only $15-$20 so given our tight schedule we opted for the flights. Otherwise, I’ve heard one of the best ways to see Alaska is from a ferry. 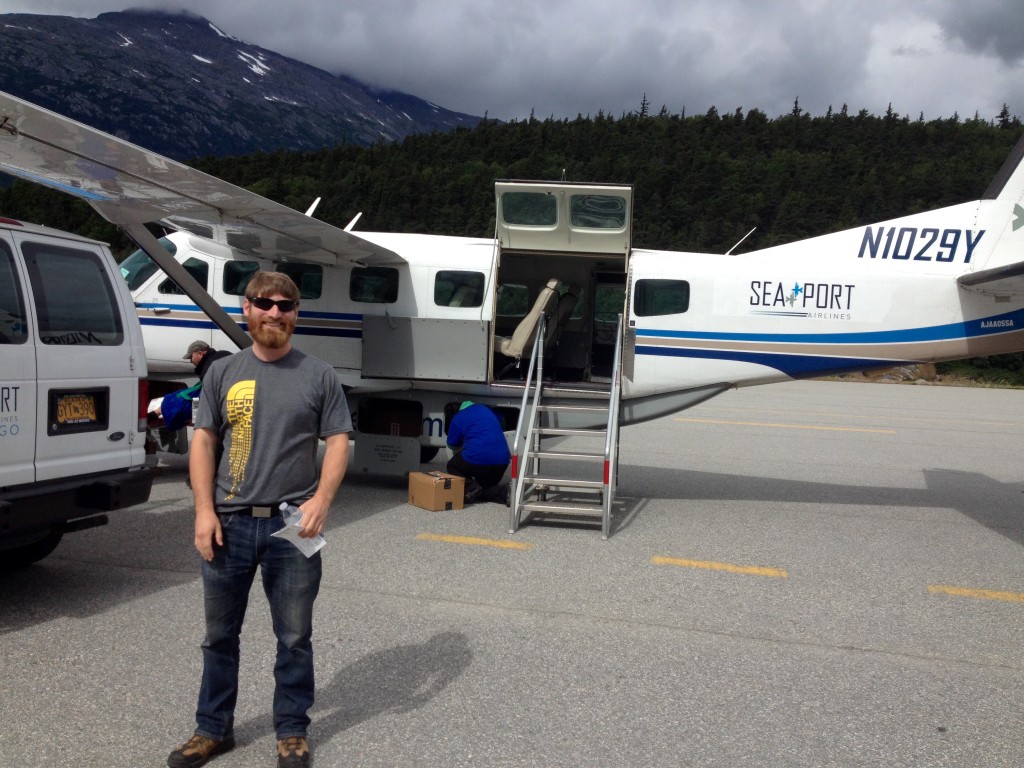 To give you an idea of how small Skagway is, Ryan left his truck for us at the airport, unlocked, WITH the keys inside!

I guess it’s probably because there is only way out of Skagway in a car and a car theif wouldn’t be able to get very far. 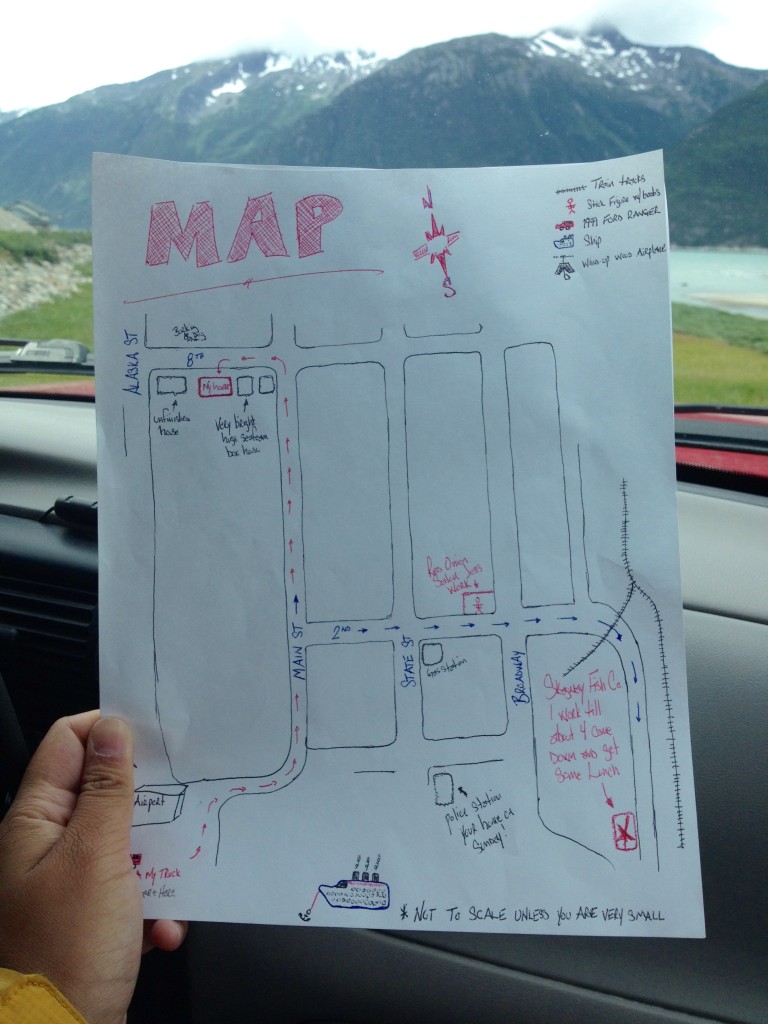 This map is my FAVORITE. Ryan made it for us and it was waiting for us in the cup holder. Please note the police station location and the note. Ryan is the best. haha. 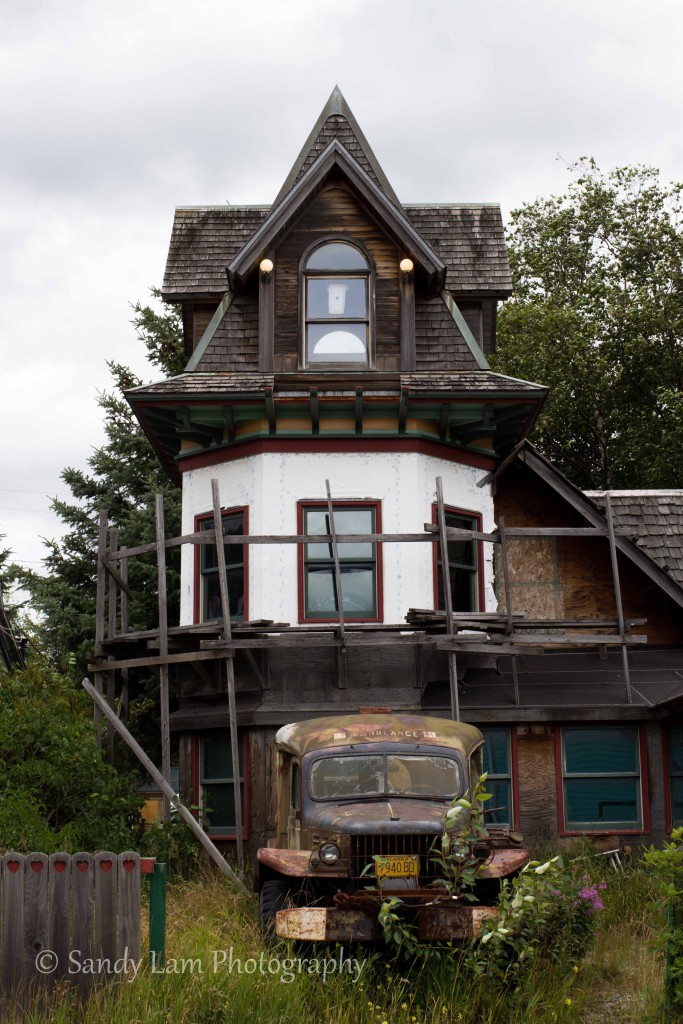 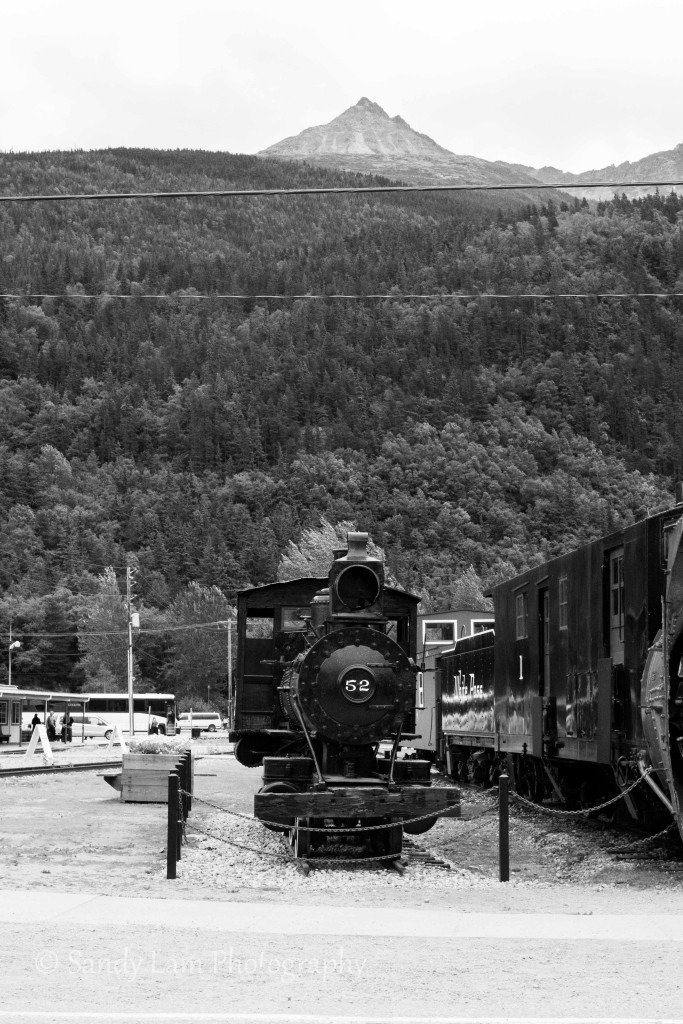 I wish I had taken a photo of the waves of people compared to the tiny town but it overwhelmed me and didn’t exactly inspire any photography. Chris and I mostly stayed hidden in a restaurant or the Red Onion Saloon, and as soon as 5 p.m. rolled around (when most boats departed) the town quickly became a ghost town. It was incredible. Eerily silent compared to giant tour buses and masses of people everywhere you turned. 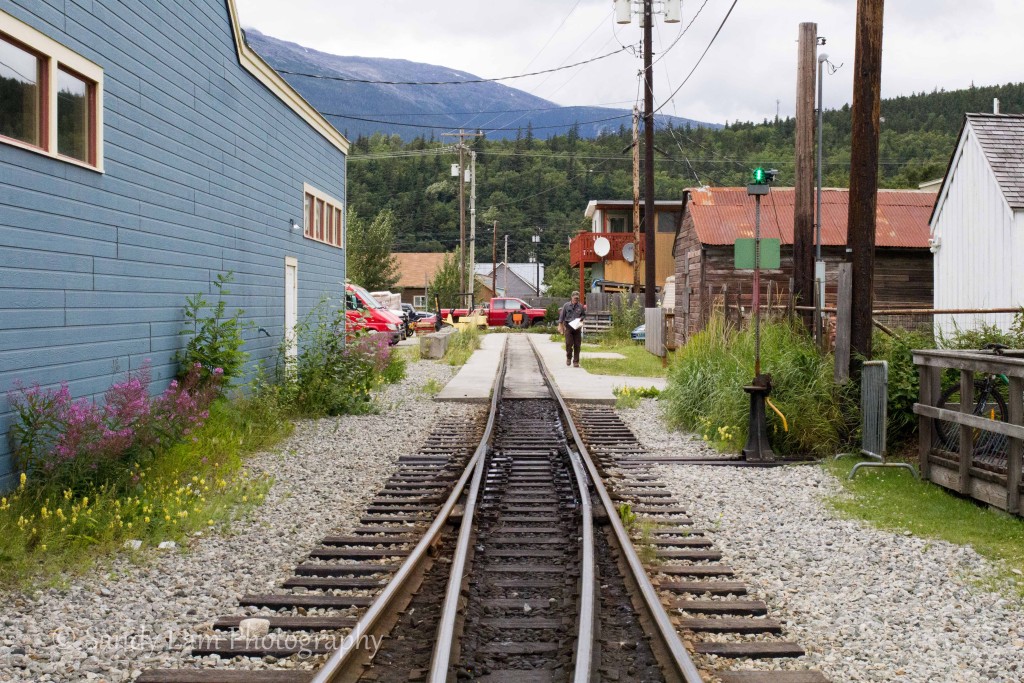 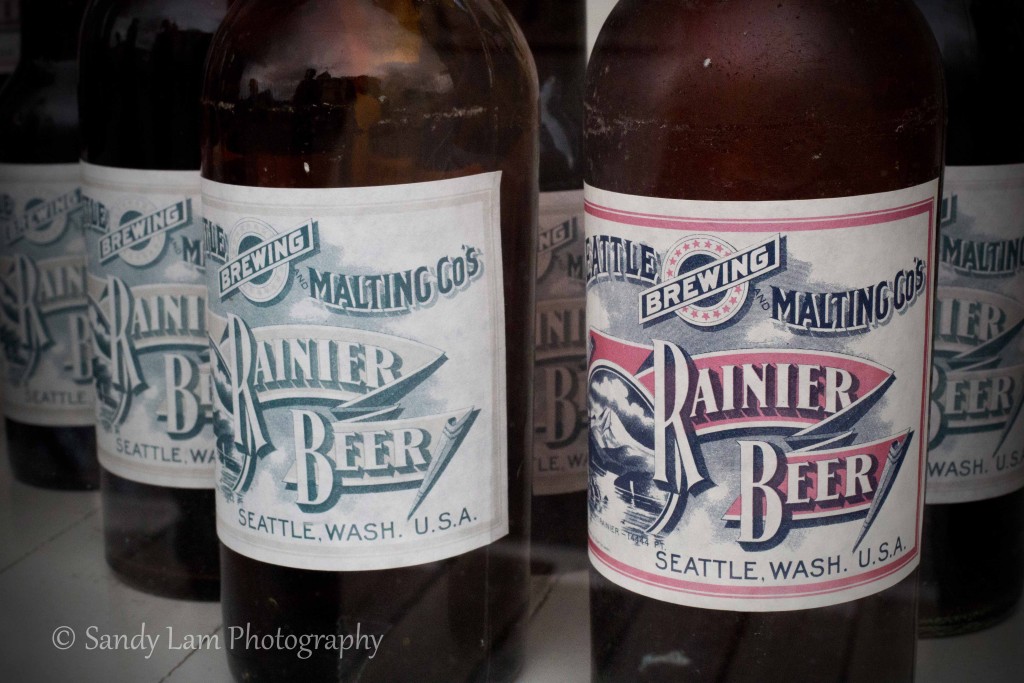 Bed of flowers haha get it? 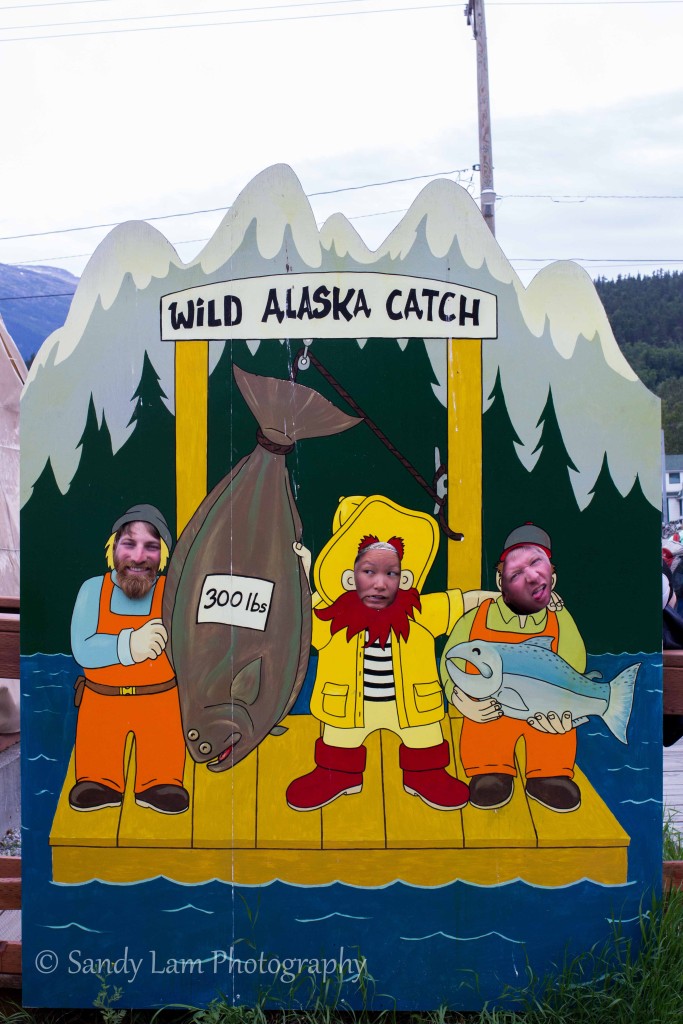 Skagway has its charms, such as the Red Onion Saloon, which is one of the biggest tourist attractions. The Red Onion saloon has been around since 1897 and very much a part of life during the gold rush as a thriving brothel. Nowadays you can find saloon staff dressed in period costumes, and Madames will take you upstairs…for a museum tour. 🙂 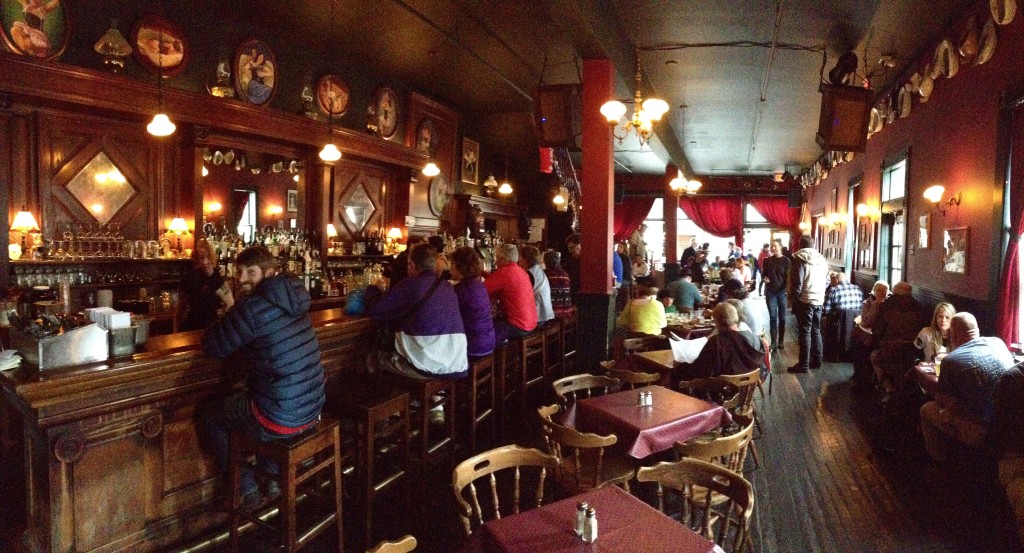 We didn’t go for a tour, but the enjoyed some bar time. Paintings of former madames of the saloon hang above the bar and includes modern day staff as well. The details and historical charm of the place doesn’t disappoint, despite the amount of crazy tourists. I couldn’t help but notice the amazing corsets the women wore, and Jess (who happens to work at the ROS) told me that a local woman in town makes them.

You don’t need to pretend to go back in time in Skagway though, step into the Elks Lodge, and you’ll be able to drink and play in an era your parents or grandparents grew up in. As a fraternal member only organization, Elks Lodge is a place you can only go to as a member or as a guest. And being a member can be an intense process, as there are interviews and such. I don’t know much about it, but Ryan happened to be a member so lucky for us we were able to hang out. There you can find reasonably priced drinks (like $2?), and a separate bowling alley! We signed up one night to play and had the hold place to ourselves. It felt like we were stepping back into the 70’s. We even had to keep track of our score by hand…which is turns out, none of us knew how to do it correctly and we had to look it up. 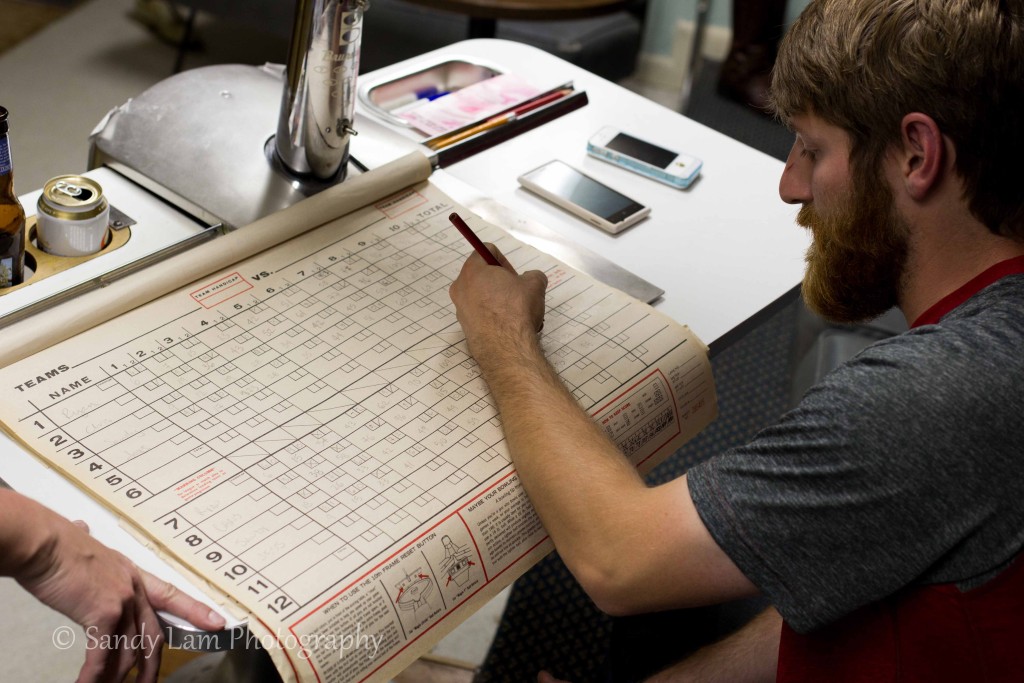 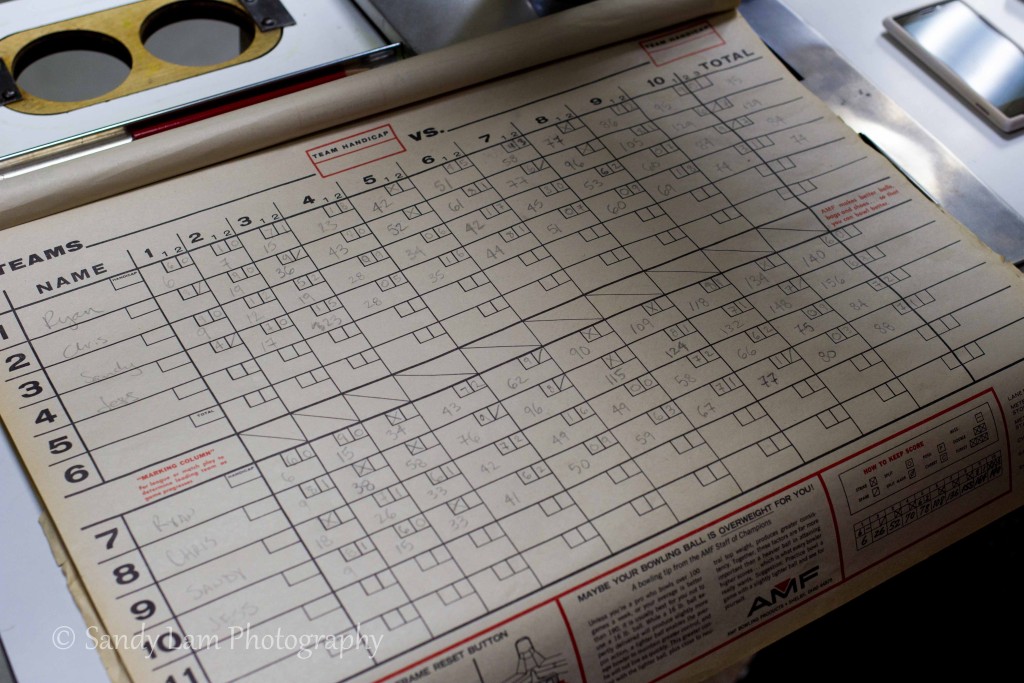 Skagway life reminded me a little bit of life in Cupramontana. There were tricks to getting items shipped, and resources were pretty limited. The only grocery store in town was mostly stocked with non perishable food and produce and fresh meat came at a premium, and wasn’t always the best. Jess and Ryan have been living in Skagway for the past 7 years and as avid foodies, they learned the tricks of the trade to getting quality groceries…with an adjusted menu. This included ordering their meats from Blue Valley.

So speaking of food, let’s talk about my food highlight in Skagway. 🙂