Tim managed to free himself up for a day to check out the infamous Notting Hill Carnival, Europe’s biggest street festival. (I think that it could be argued.) After hearing it compared to New Orlean’s Mardis Gras festival, I was intrigued and excited that I happened to be in town for this annual event. I was ready for color, costumes, music, and dancing. 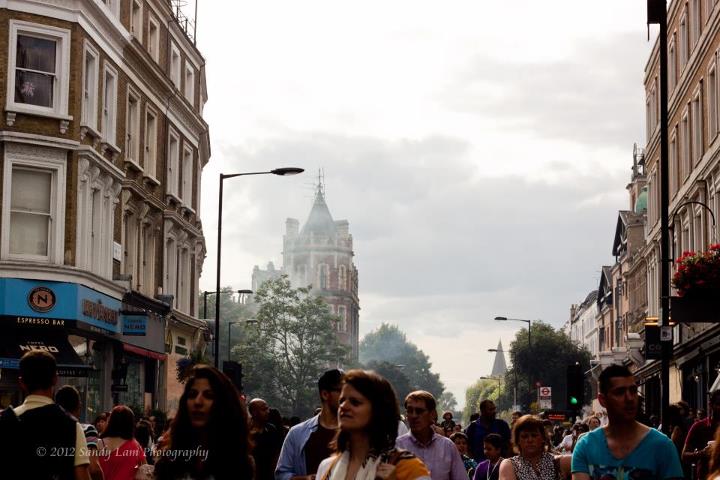 The Notting Hill Carnival attracts around a million people every year to the Notthing Hill neighborhood of London, making it one of the biggest street festivals in the world. After it took about 20 minutes for us to get through one block of densely packed people, I could believe it. I’ve never been to Mardis Gras but I have been to New Orleans for Halloween. While it’s crowded, it’s a good kind of crowded. I’m not sure I could say the same for Notthing Hill. You could barely literally squeeze by people in some parts. The gorgeous upscale neighborhood of Notting Hill seemed transformed as any shops or home occupied were boarded up for preventative measures.

I’m not sure if we arrived too late in the day and missed all the fancy parade floats/groups, because when I didn’t seen anything near what the web site showed. I was expecting feathers, lots of color, and zany qwirky people. They were nowhere to be found in the sea of grey clad people. The floats we did see were hardly decorated and only contained overly loud dub step or heavy bass music with people dressed in their 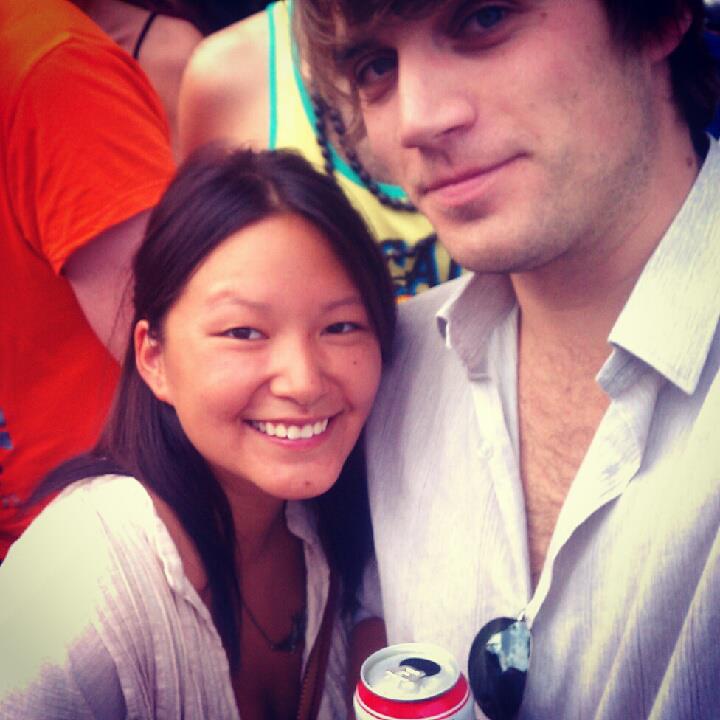 regular clothes with drinks in hand. The only thing I could make out that was remotely similar to New Orleans was how random attendees would “join” the float by walking behind.

Tim and I might have “Armstronged it” too early in the day at the beginning of the festival. Tim came up with a term called “Armstronging it”, which refers to the moment when Neil Armstrong was on the moon, and that being the definitive highlight of his life. I argued that I was sure there were other moments later in his life that could be different but equally or more important, but Tim stood by the fact that nothing could have compared to being on the moon. I also argued that you woud have to use the full Neil Armstrong name, as Armstrong could also be confused with Lance Armstrong. As we discussed this term throughout my stay, ironically, Neil Armstrong died during this time. So rest in peace Neil.

We stumbled upon a street float decorated caribbean style, with a great oldies cover band (Gaz’s Rockin Blues). At one point they played a Beatle’s song and in that moment as I was singing and dancing giving high fives to random people, it felt sort of ironic or cliche to be singing a Beatles song in London. But we had a good time on our little piece of sidewalk we could find.

We spent the rest of the day wandering the streets looking for Tim’s friends and when we finally did meet up, we only proceeded to wander around more. Everything started closing down around 7 p.m. which was a bummer. We tried to keep on going but eventually both of us were too tired and decided to call it a night. But not before a hilarious encounter with an Irish man and wandering a few streets with him.

Overall, while it was fun to hang with Tim, I did feel like the Notting Hill Carnival was a bit of a let down, but I have a feeling maybe we were just in the wrong places at the wrong time. Don’t worry NOLA, Notting Hill ain’t got nothin’ on ya. 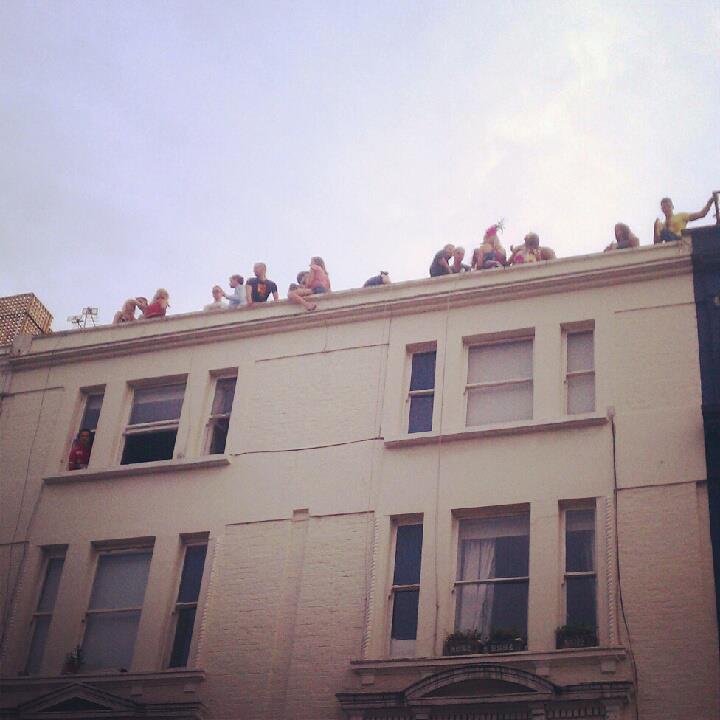