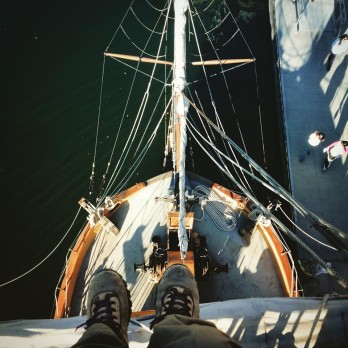 The heart is an incredible muscle. Sometimes I wonder if my heart truly feels the way I think it feels or if it’s just my brain telling me that’s how it feels. The battle between heart and mind is real. Comic from The Awkward Yeti

And never have I felt more conflicted, elated, excited, terrified all at the same time, within 103′ length of space. In a short period of time, I was transported from shore-life to boat-life, developing strong bonds with crew members through shared experiences, and doing things I never thought I could do. Good and bad. Who knew I had it in me? 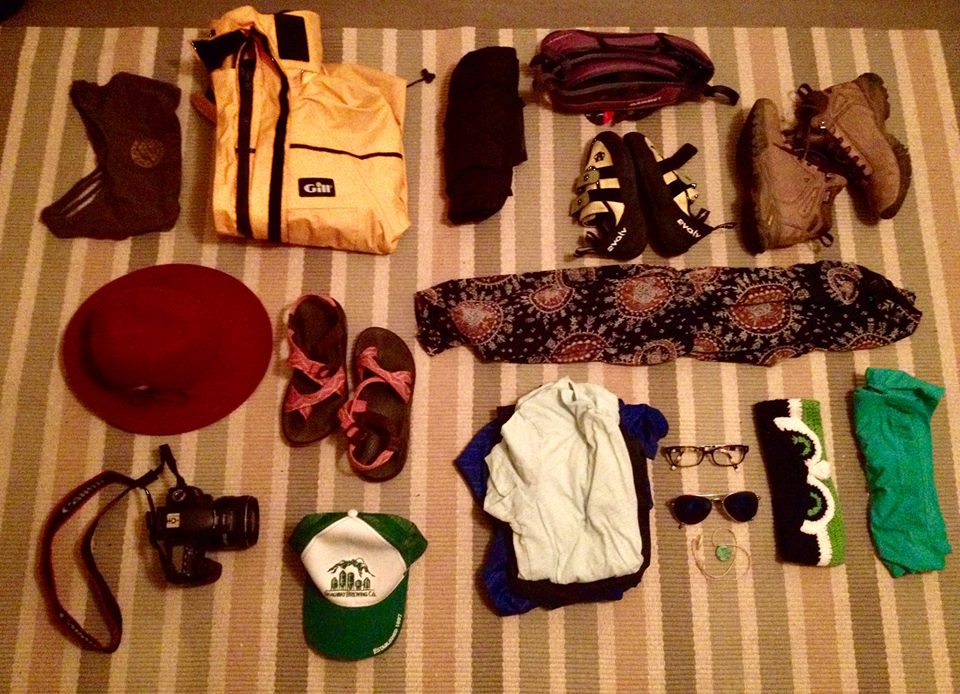 When we were out with The Zodiac for my birthday, I remembered talking to crew members asking how they got involved with the schooner and they said they volunteer and travel with the boat. I pretty much thought that was the best idea ever, so I tapped into an old friend of mine, Sophie, who I knew was traveling around country working on tall ships. She pointed me to Grays Harbor Historical Seaport Authority (GHSA), and the rest is history.

To give you some background though, GHSA owns two late 1700’s replica boats, Lady Washington and Hawaiian Chieftain. Lady Washington is the movie star boat, she’s been in Pirates of the Caribbean, Once Upon a Time, and the Macklemore music video, “Can’t Hold Us”. She and Hawaiian Chieftain sail up and down the west coast participating in educational sails, private charters, and for mock battle sails. Which is what is sounds like. Two boats, sailing, and pretending to battle. With real canons, and real gun powder, just no cannonballs. 🙂 I didn’t get to participate in a battle this round, but hopefully eventually I will. Hawaiian Chieftain is a a gaff-rigged topsail ketch. Don’t ask me what that means. The fun part about these boats that is different than being on something like Zodiac or The Adventuress, is since these boats use square sails, we spend a lot more time aloft, furling and unfurling the sails. Which seems like the fun part to me anyway. 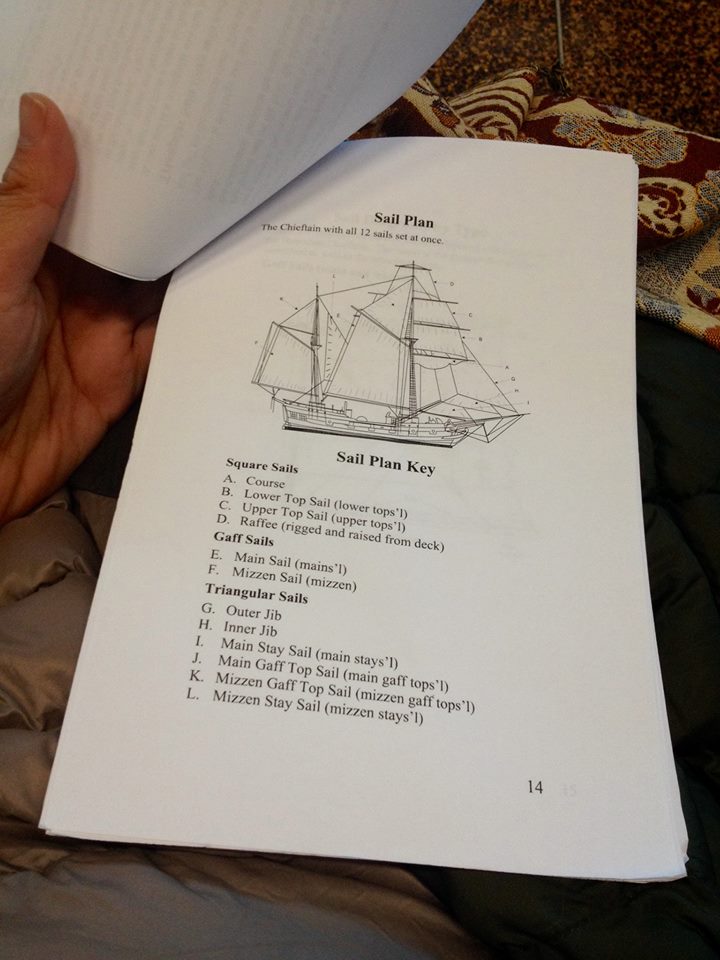 Learning how to be a tall ship sailor was an out of body experience. It was as if one moment I was pouring over the waistcoat manual trying to learn about the sails and ship protocol from the airport and the next moment, I was standing on the poopdeck standing around in “funnies” and my heart was racing. And just as suddenly, I came back to earth and it was as if my two weeks on the boat never happened and was one long vivid dream. 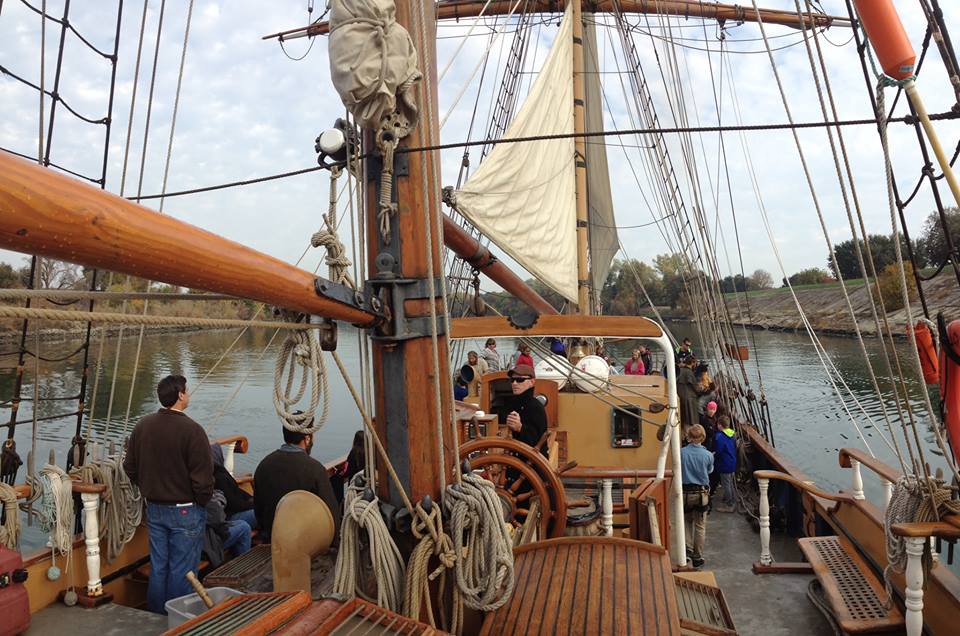 From that moment on, my heart and soul left my body. I don’t feel like my feet ever touch the ground. I was uncomfortable and out of my element, but I loved every second of it. My brain felt like it might be melting at one point with all the information I was receiving, but by the second or third day, I was helping to teach classes and on my way to learning how to work aloft! 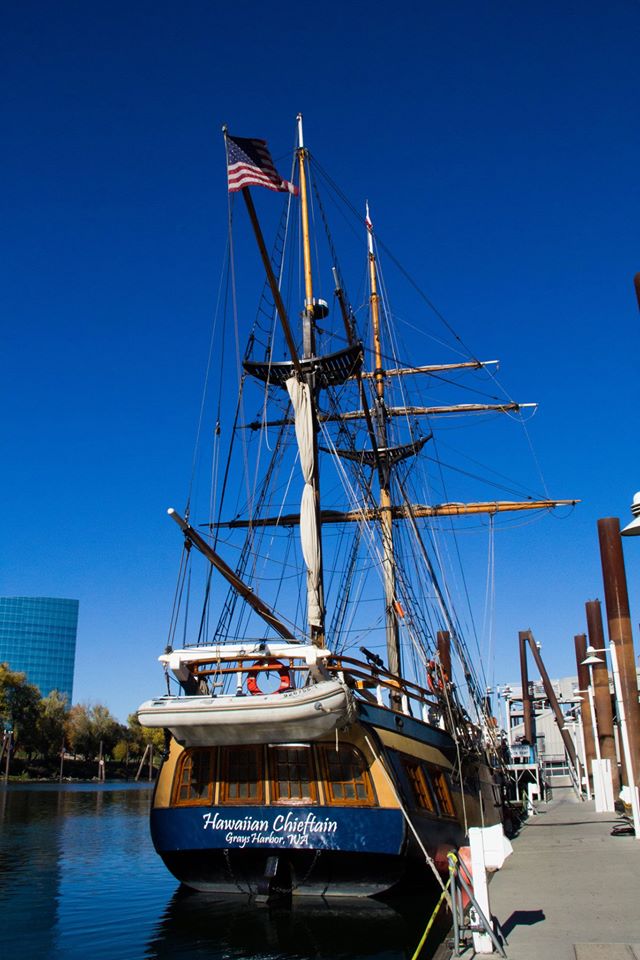 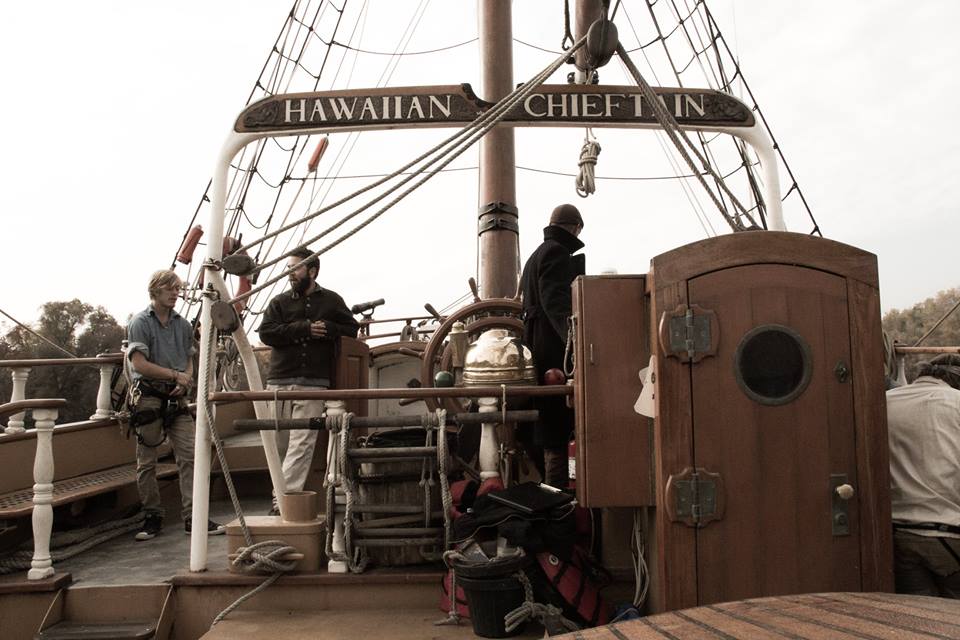 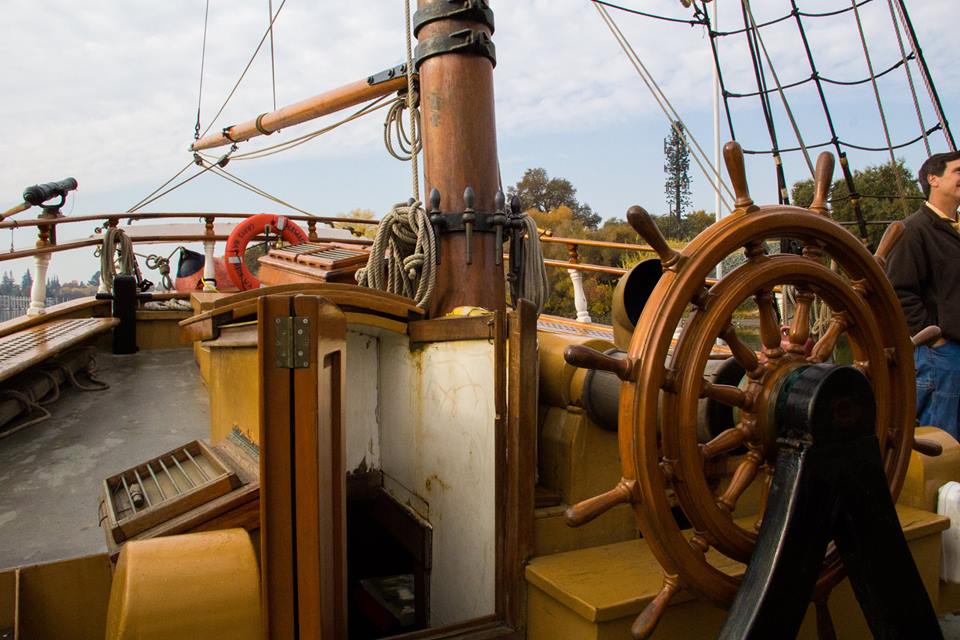 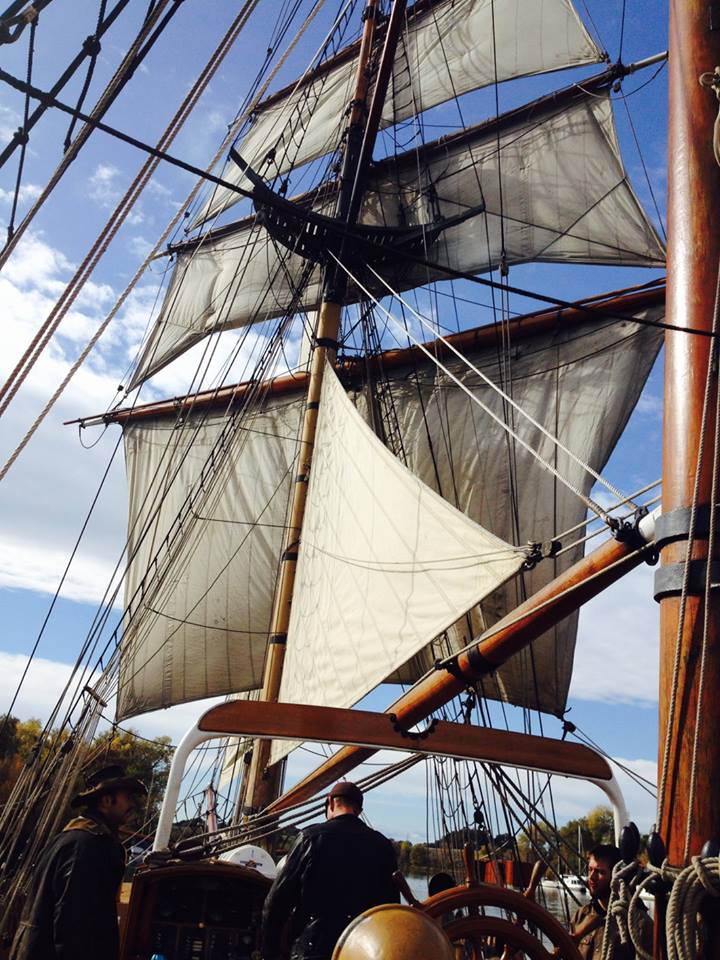 Essentially, I did not pick my camera back up after the first day. There were a few times I took my phone out, but since I was working most of the time, there wasn’t much opportunity for photos. 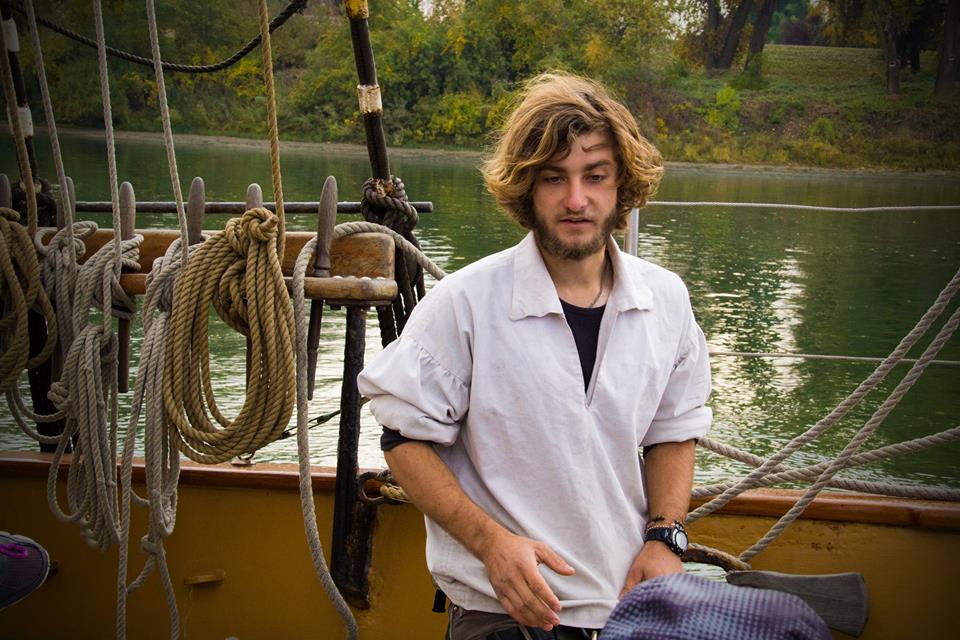 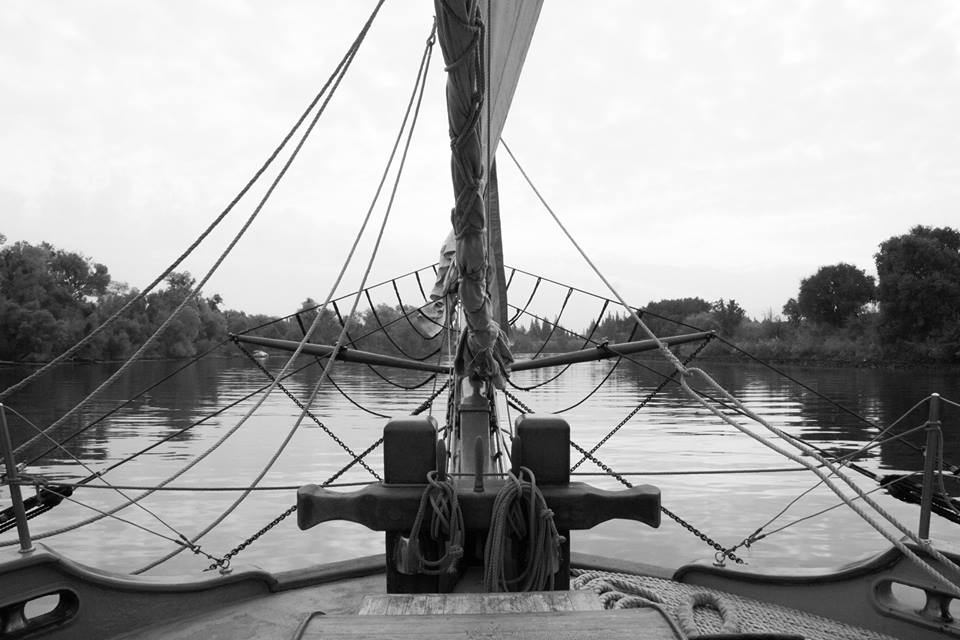 Working aloft was exciting and terrifying. Climbing up was the fun part, walking out on the yard…whole other story. I can’t imagine how terrifying it must be while underway on open water. My first day I was shaking I was so terrified. It was a good thing Kyley, our bosun, was extremely patient and encouraging. I spent quite a bit of time with him the first week learning to get to know the boat and working aloft, and I can’t imagine a better person to do it with. 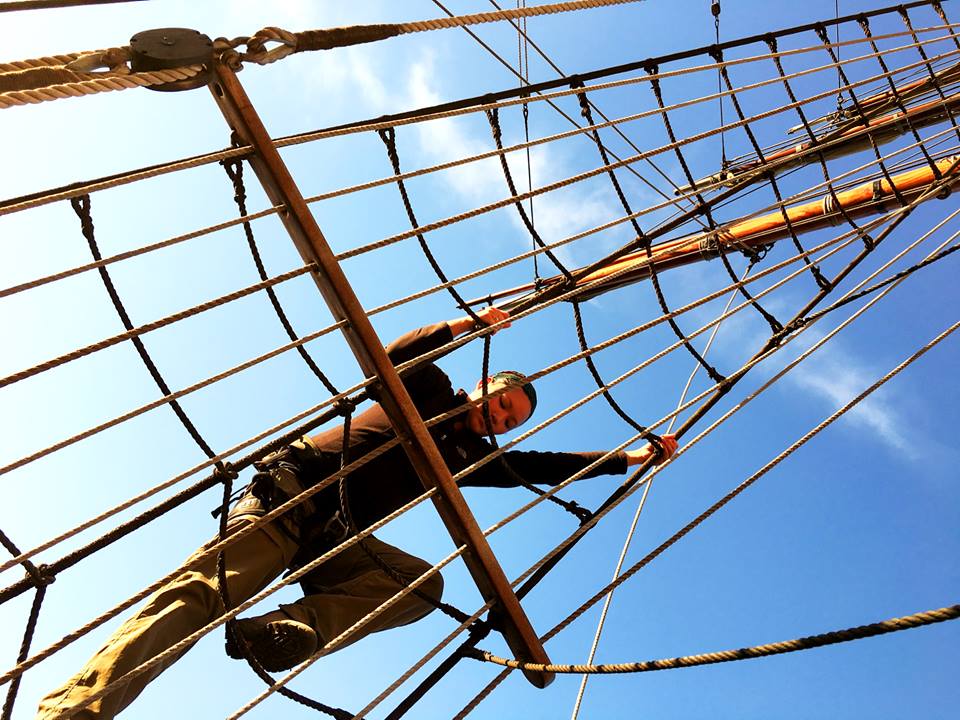 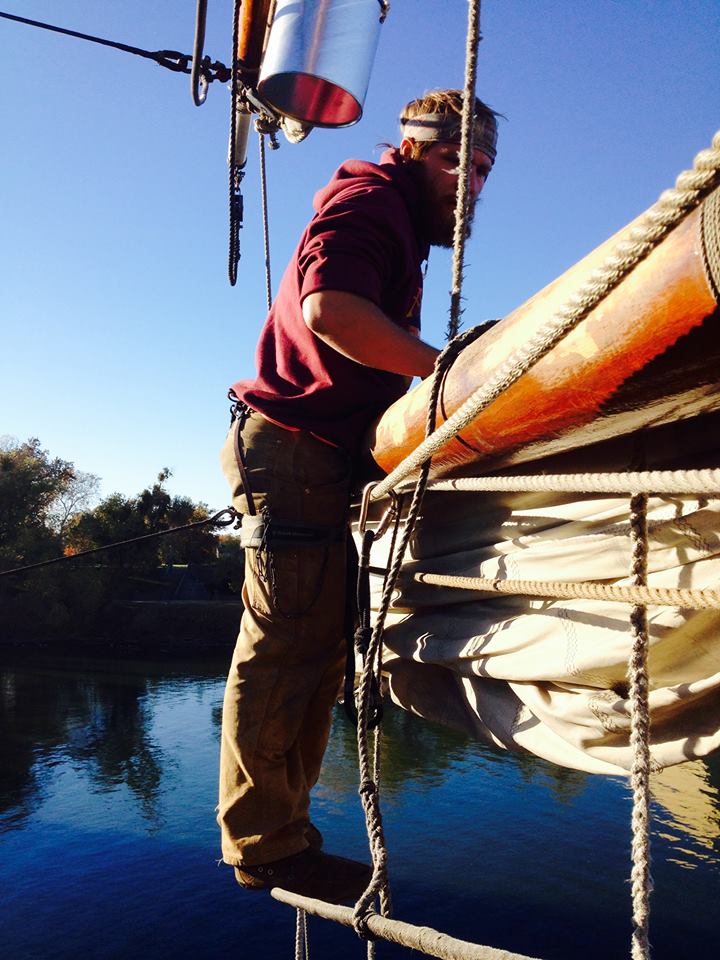 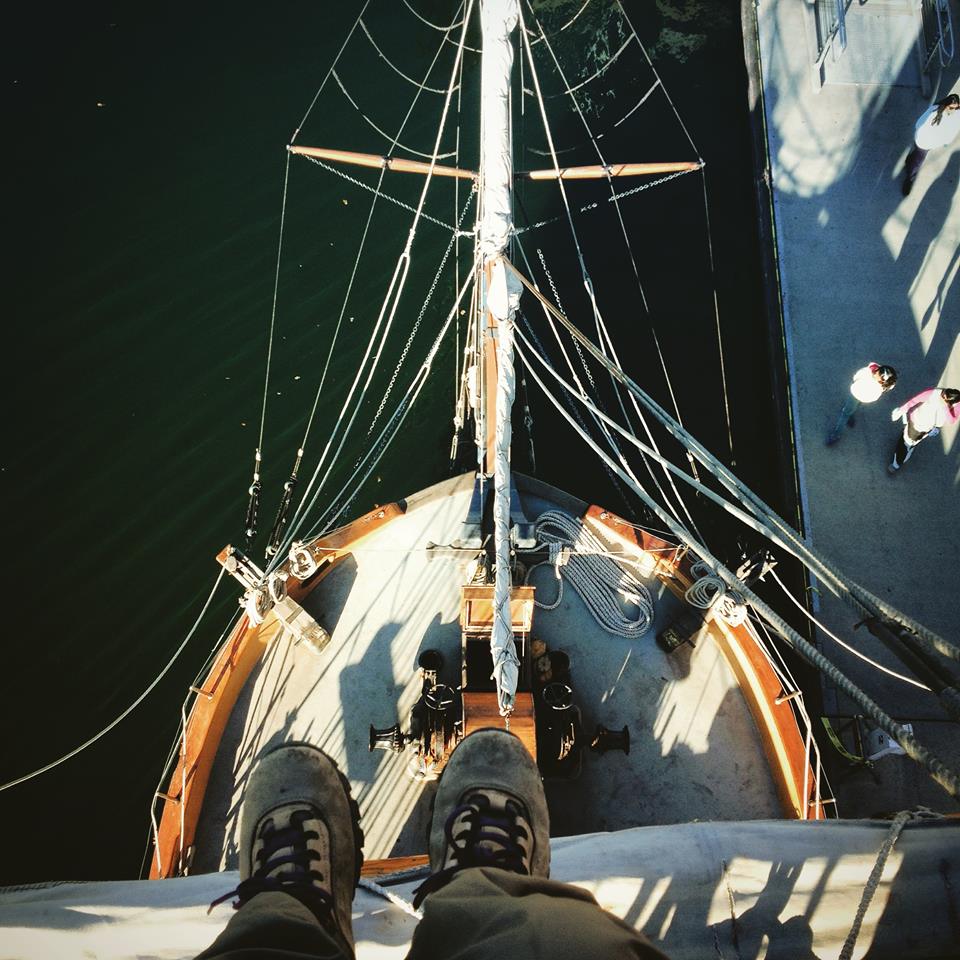 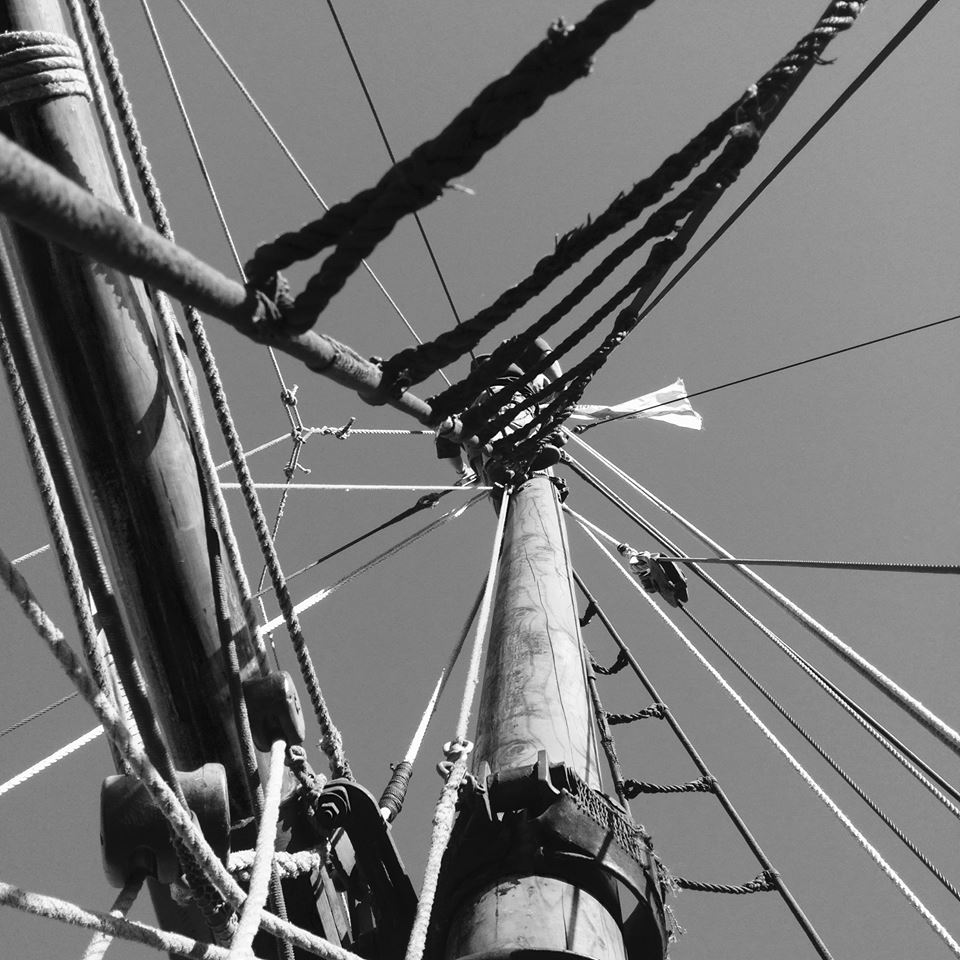 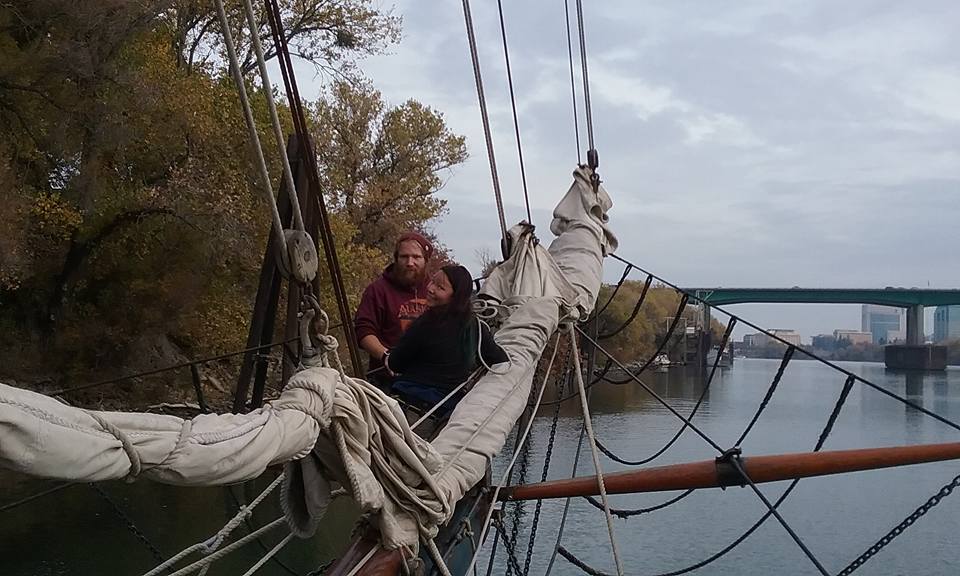 Our days were filled with work, maintenance, training. Our days off were full of adventure enjoying the essence of doing nothing. La dolce far niente. 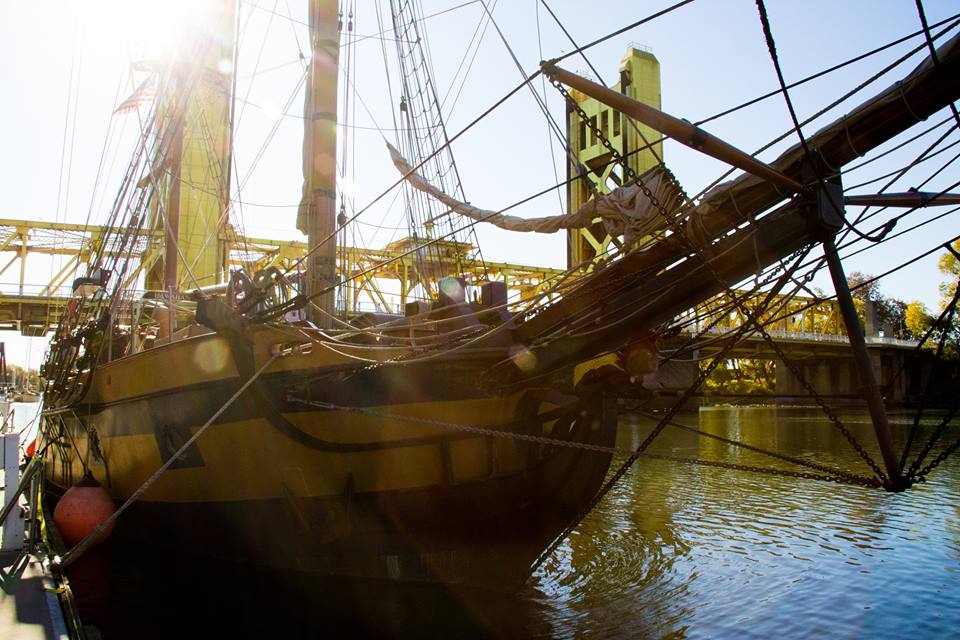 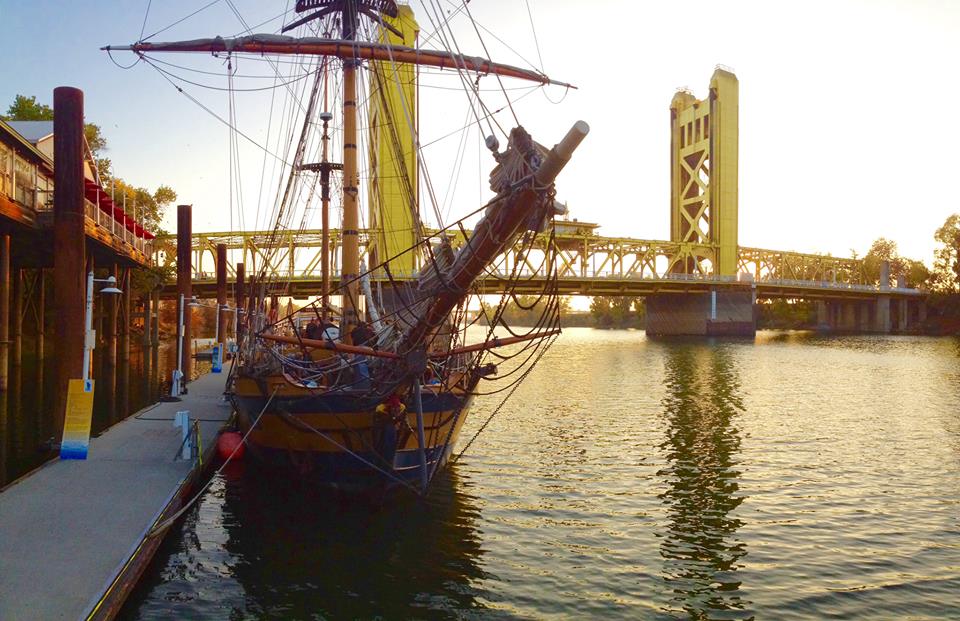 Sunset from the dock. 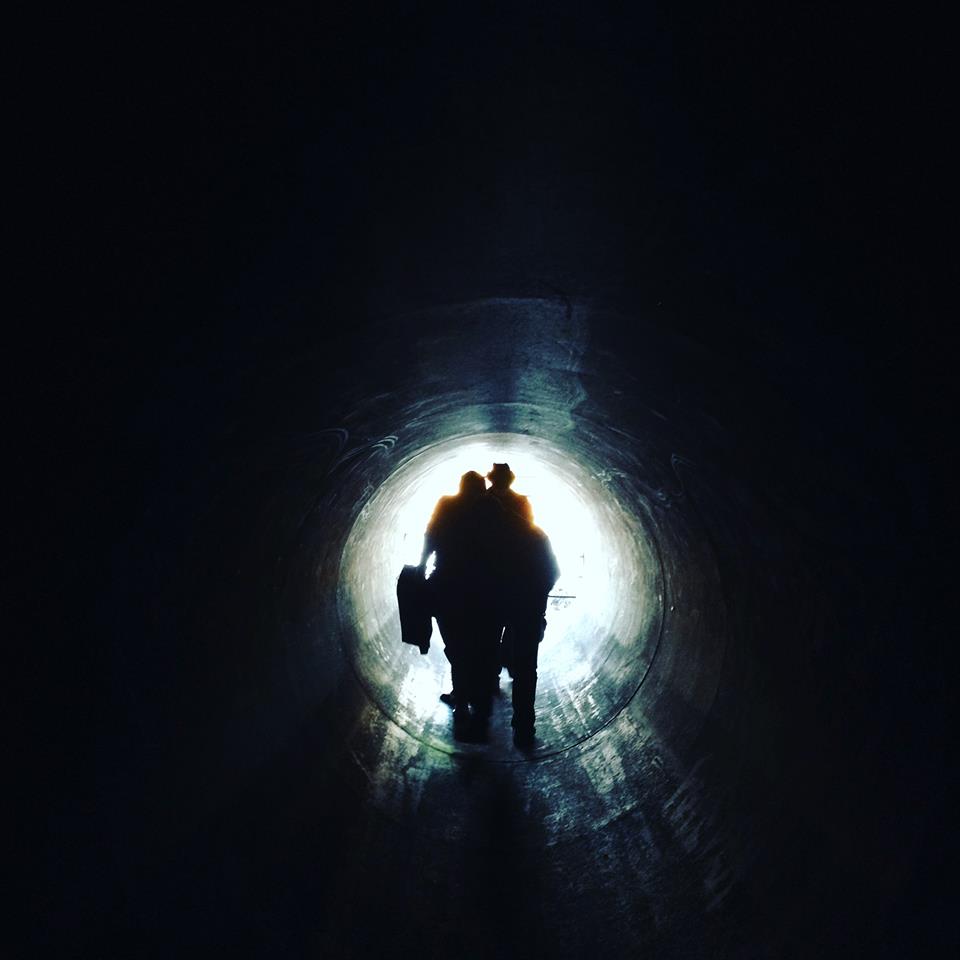 One of the best musical experiences I’ve had in a while. Pitch black tunnel with nothing but a fiddle resonating off the walls. 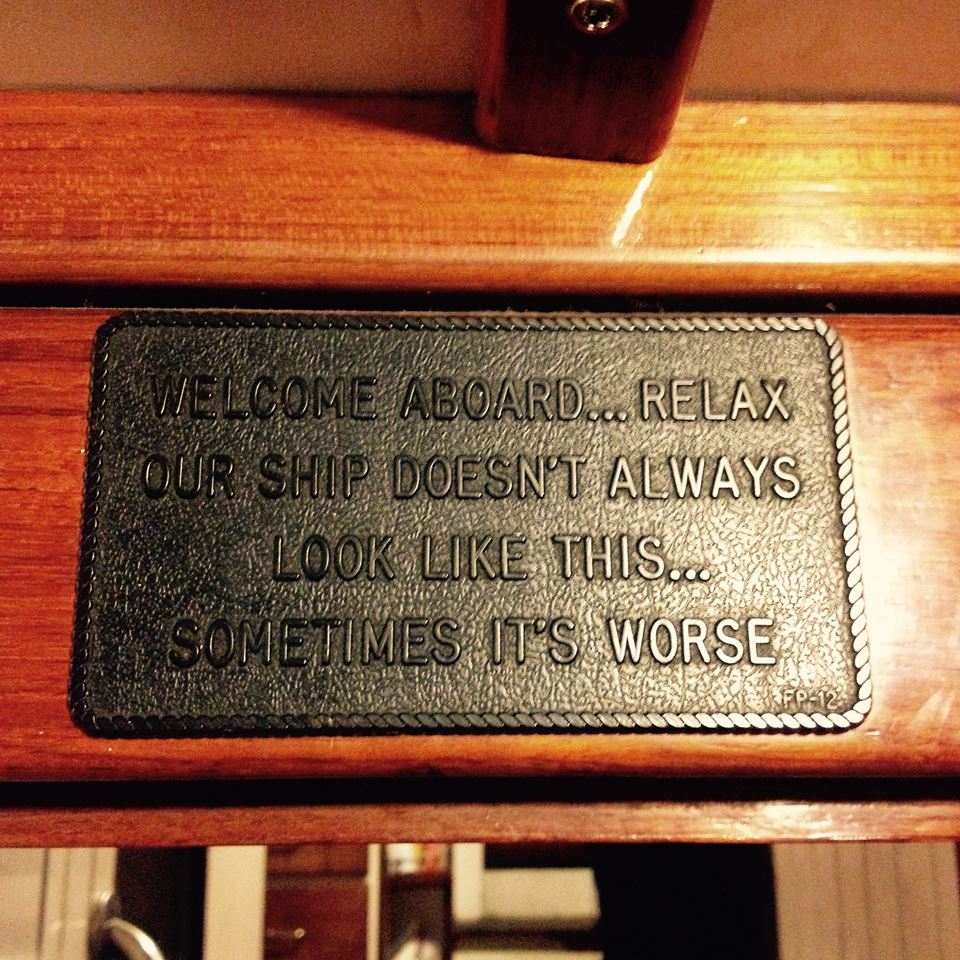 Thanksgiving ice skating with some of the crew! 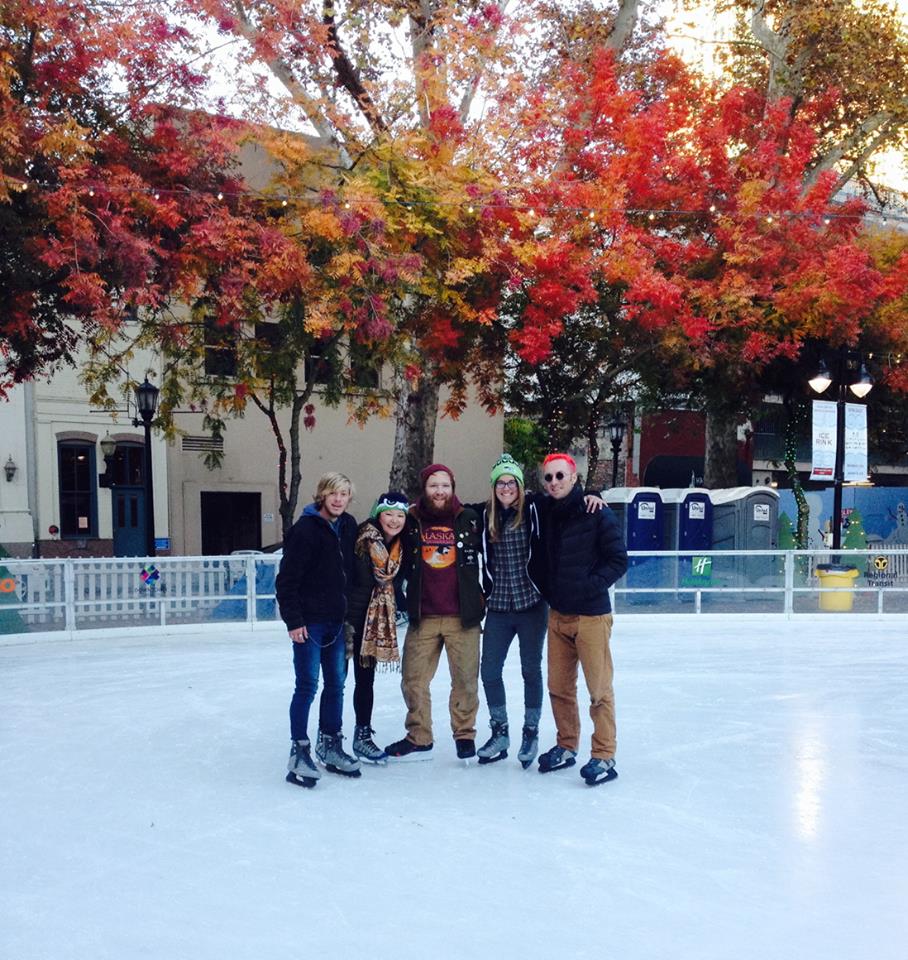 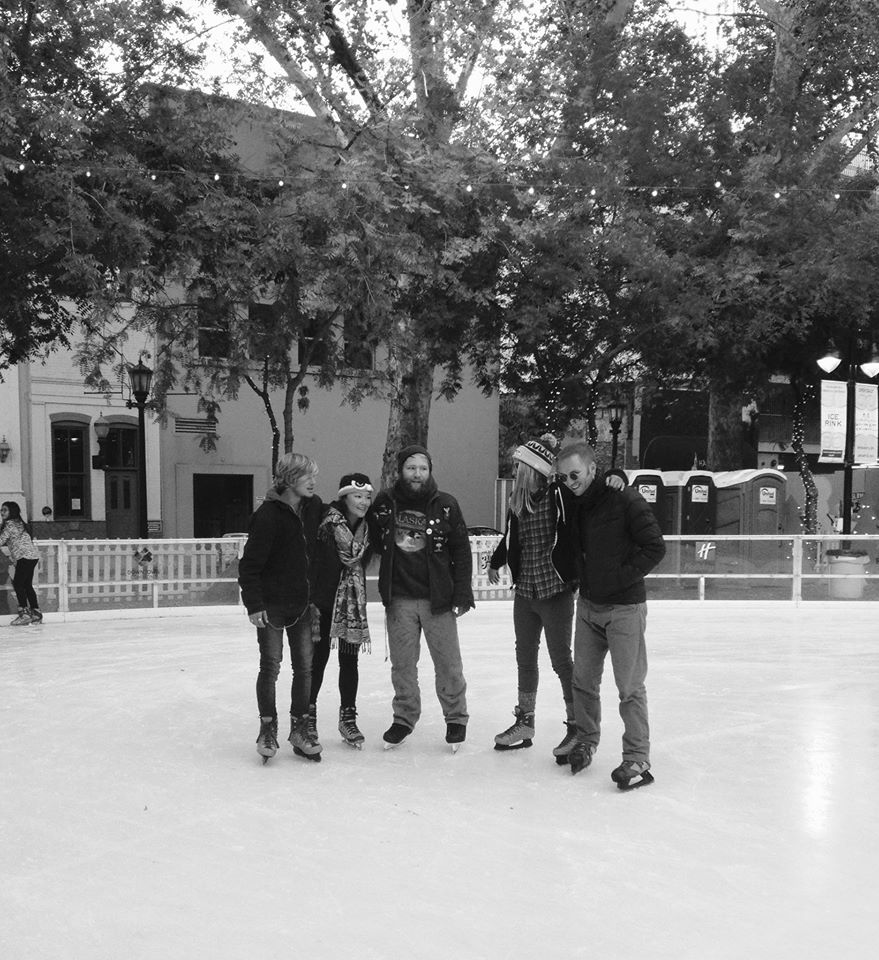 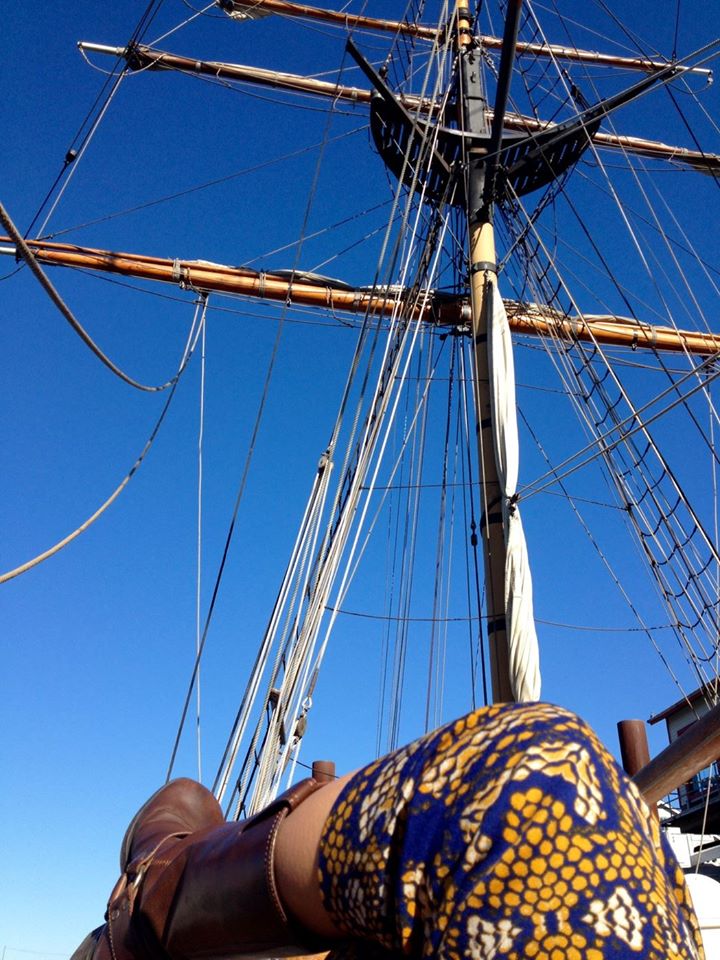 Our nights were usually filled with some great memories. We even managed a thanksgiving dinner thanks to our amazing cook Lilia! 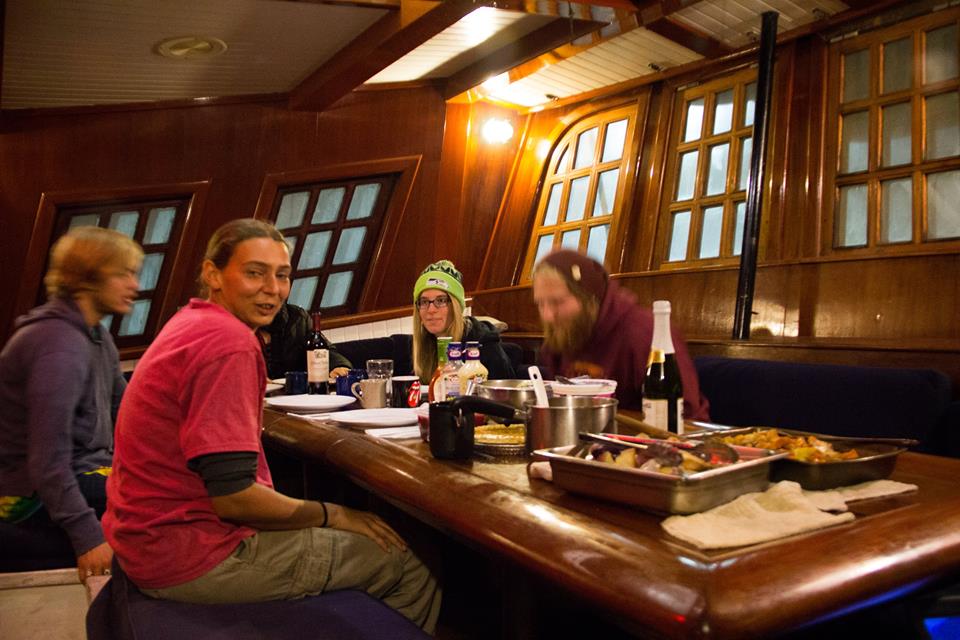 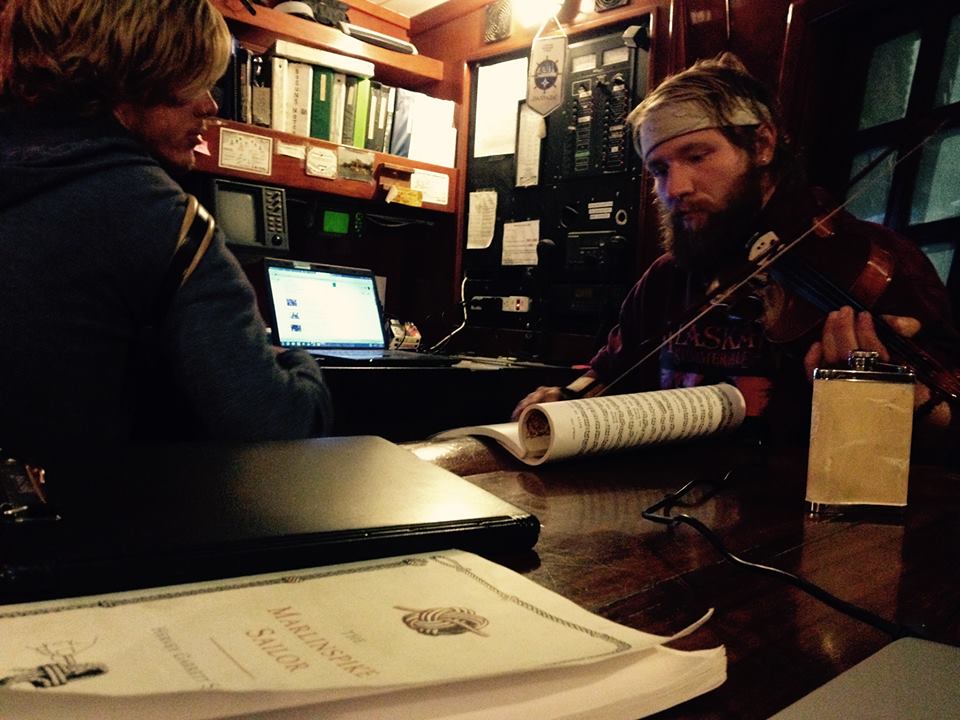 After my first week on the boat, I felt like I was having a quarter life crisis. The boat gave me a place to be, a sense of belonging, and the mad drive to leave everything at home behind. It was like running away to Neverland. Never have I felt the need to leave home, until now. Living life in the moment, day by day, was exactly how I wanted to spend my vacation, but I didn’t realize how addicting it would become. I didn’t realize how burnt out I was back home until I realized how I absolutely dreaded going home. 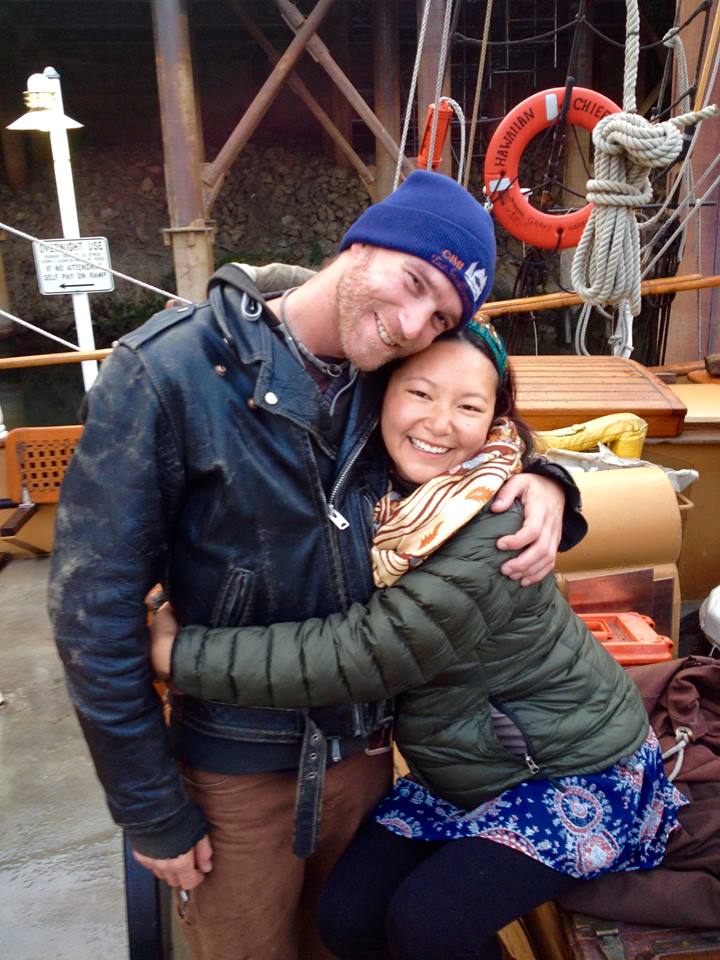 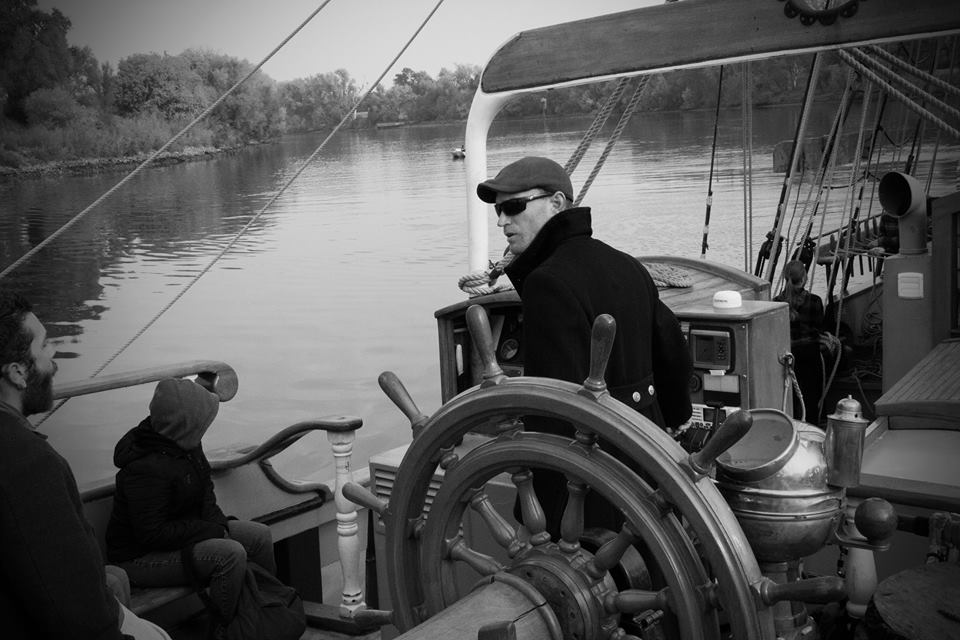 Lucky for me, our captain, Shiny, full of wise and sage wisdom (even though he’s my age, has been captaining the boat off and on since he was 23) and I had some wonderful conversation that could have easily carried into the morning if it weren’t for the fact that bars close at midnight in Old Sac and we had to get up and work. It turns out that he is also a big fan of blues and swing dancing! Who knew there would be a little blues place in Old Sacramento. We spent the last few nights dancing the night away in various bars and I was pretty sure my heart couldn’t take so much happy that I had been experiencing the last few weeks. 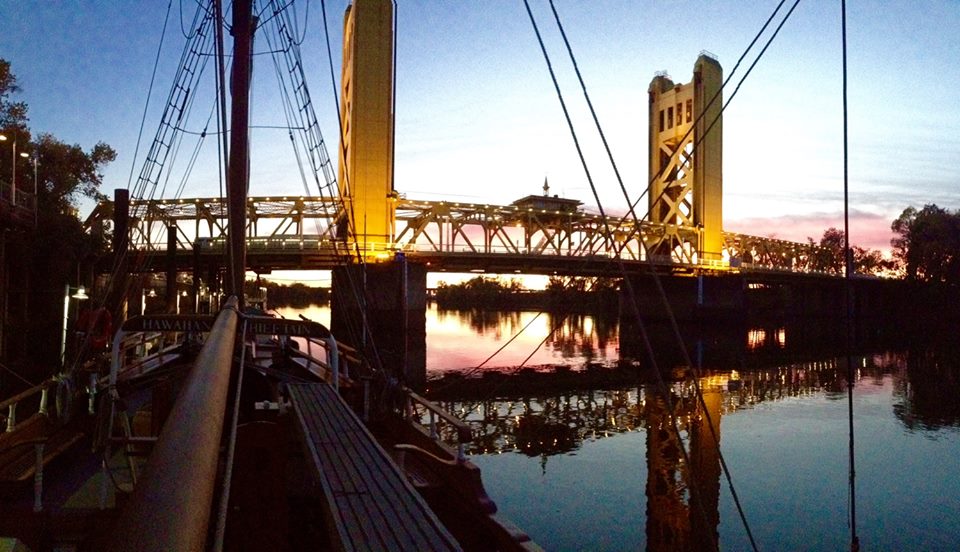 It sounds cheesy, and maybe it’s because everything was alluring and new, but it all seemed so magical. One night, Shiny and I decided to put on Zoot Zoot Riot at karaoke night, thinking he might be able to sing and dance at the same time (alcohol certainly gives people confidence doesn’t it?). Within the first 10 seconds we realized that was NOT going to work so he handed the mic off to a random guy in the bar, who turns out could ACTUALLY sing, AND knew the song! So dancing to a near-live performance of that song seemed like something that only happened in movies.

By the time I arrived in Portland…I was feeling all sorts of weird. Sitting in traffic felt weird, seeing familiar faces felt weird, and actually having to make plans felt even weirder. The planner suddenly hates planing. The time on the boat certainly made me rethink my priorities and what I want out of life, and while running away and being a sailor seemed like a strong possibility, the reality of my life at home settle in…but I definitely know it won’t be long before I’m back on the boat again soon. It certainly won’t be my last tall ship experience.

Update: I’ll be back on the boat in February 2016 for a week and I actually get to be out in open water! Can’t wait!