As I’ve said before my favorite part of traveling next to trying new foods is meeting people. While London wasn’t the friendliest of cities, it reminded me of Seattle. For the most part people keep to themselves in the streets, but if you’re lucky enough to strike up a conversation with one, they’re perfectly pleasant people. 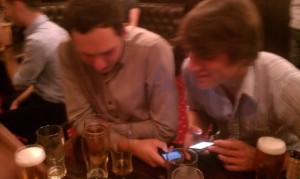 Brews and consulting wikipedia to settle a debate.

Meeting Tim’s friends was such a treat for me, I wish I had spent more time with them. From pork scratchings to inappropriate conversations, good times were had at all times. Overall I found English people to be quite humorous and generous. While they were the least culturally different group I’ve encountered, I find that their natural history and charisma makes up for it. It was a refreshing taste of life back home and exactly what I needed. 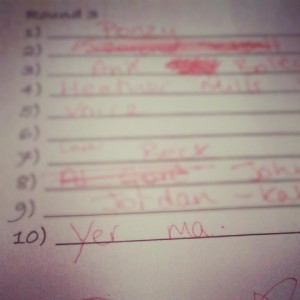 What do you mean we didn’t win?

My last night, while dull to many people, was perfect for me. Tim and I met up with his old college mate Katie, a lovely Irish woman I had met previously. Katie is worth mentioning because I absolutely love her. Her personality is frank, hilarious, and witty. We teamed up for quiz night (aka Trivia night) with quite possibly the worst trivia host I’ve ever had, and still managed to have a good time. At one point we ignored the host and just started playing hangman.

I hope that one day the Brit, the Paddy, and the Yank will reunite and redeem ourselves. 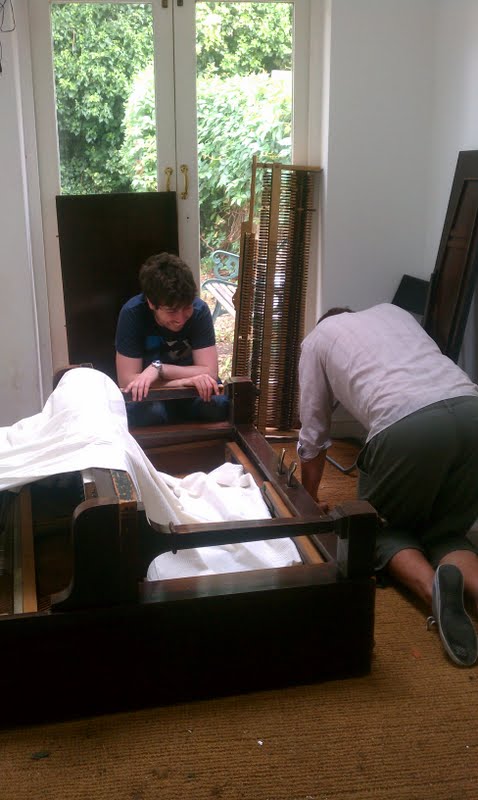 Ian having a good laugh at a ridiculous situation. Tim trying to conjure up a plan.