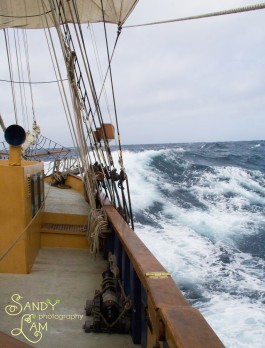 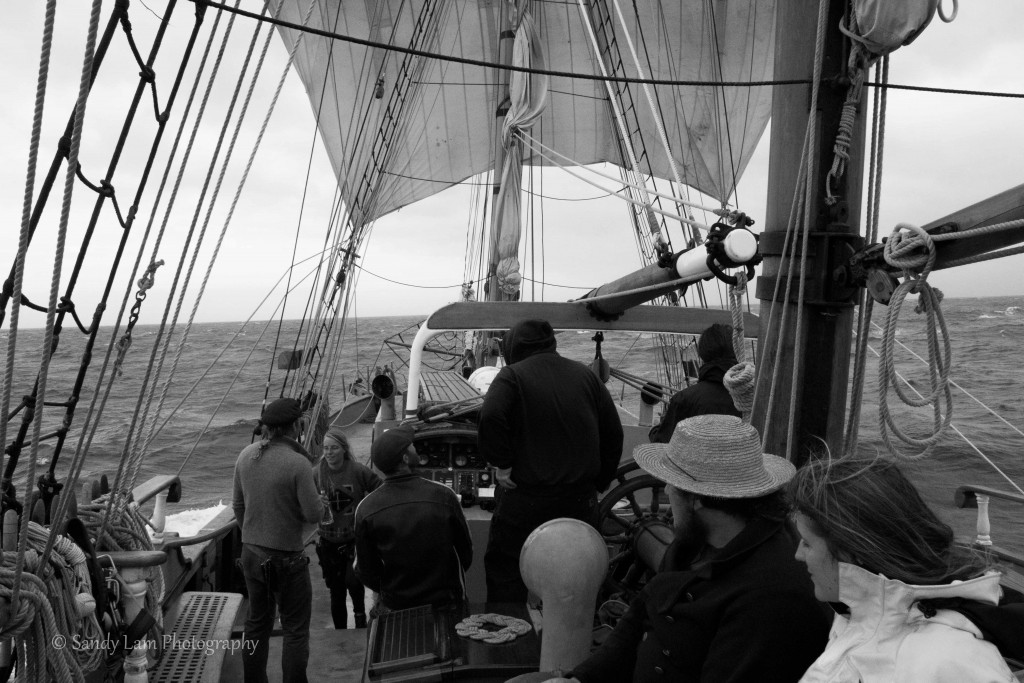 Whale off the starboard bow!

I looked up from the quarterdeck just in time to see the head of a dark whale come down from a breech. I immediately reverted to an 8 year old self with glee and yelled down through the aft cabin stairs, “WHALE!” Clambering from all openings of the boat, several crew members came above deck, some with sleepy eyes, still in boxers, braving the cold, overcast and windy morning on the Hawaiian Chieftain. Thankful I actually had my glasses on, but torn that I didn’t bring my camera for my watch, I squinted and scanned the horizon for another whale sighting.

What a sighting we got. Taking the helm and slowing down the engine, Captain Shiny called it out as he saw them, “There’s definitely more than one!….That’s a HUGE dorsal!…Orcas?…Three! Definitely Orcas! CALLLLED IT!”. We watched as a family of orcas came closer to the boat. We gazed off the starboard side, and silently I counted each time I saw the whales come out of the water…seven times!

As I watched the last spotted location disappear over the horizon, the grey sky and dark gray water began to blur together and a slight uneasy feeling came back to my gut. Oh yeah…day two of  managing seasickness….

It was my first transit, and I wanted to know how I would fare without the aid of medications… 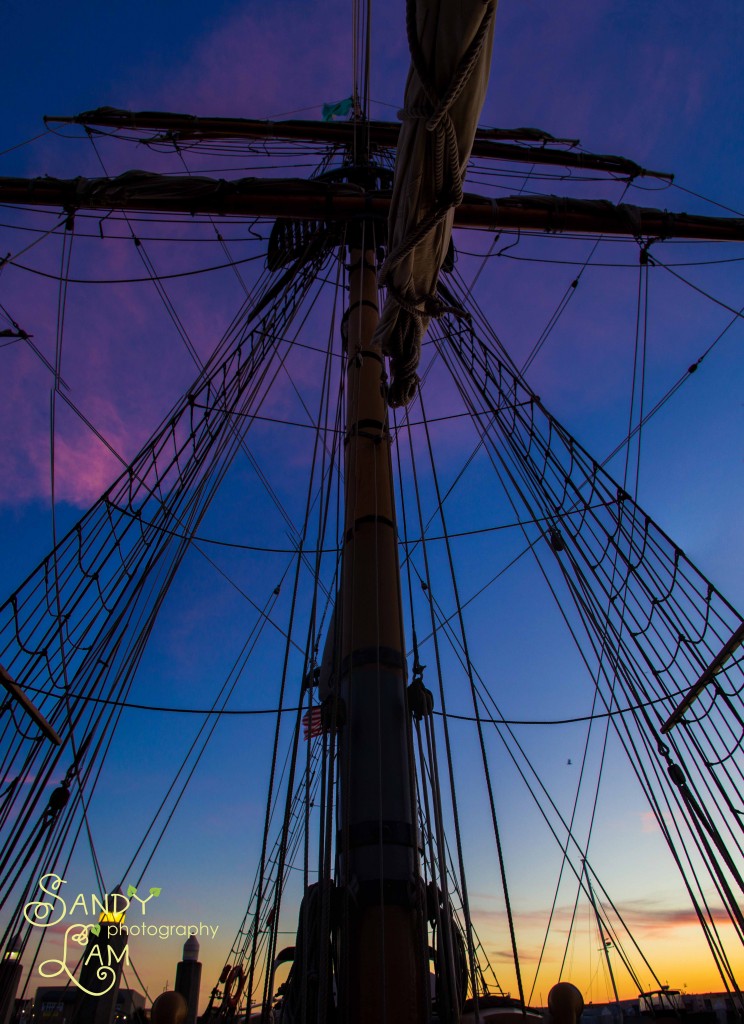 I’ve only been close to being sea sick once, when we were on a boat in Patagonia…but once I got into the fresh air above deck, I was perfectly fine. I was SO SO excited for my first transit. To be out on open water! I couldn’t wait for playing out on the headrig, watch sunrises, and sailing through the night. Our 15 person crew was divided into three 4-hour shifts so we could sail 24 hours a day straight through. We would be motoring the whole way since we were on a schedule, but we would use our sails if conditions permitted. My first day back on the boat was exciting, bittersweet, and not so surprisingly, overwhelming. Marcela and I had got stuck in some terrible traffic on the way from LA to Oxnard, so I arrived on the boat minutes before departure for a battle sail. Just like my first arrival to the boat in November, it was a hustle to get me situated with a bunk and funnies, but at least this time I was greeted with many friendly faces and open arms. Seeing the sails actually FULL of wind was so satisfying. Life on the Sacramento River never allowed the sails to really ever get full last time I was aboard. 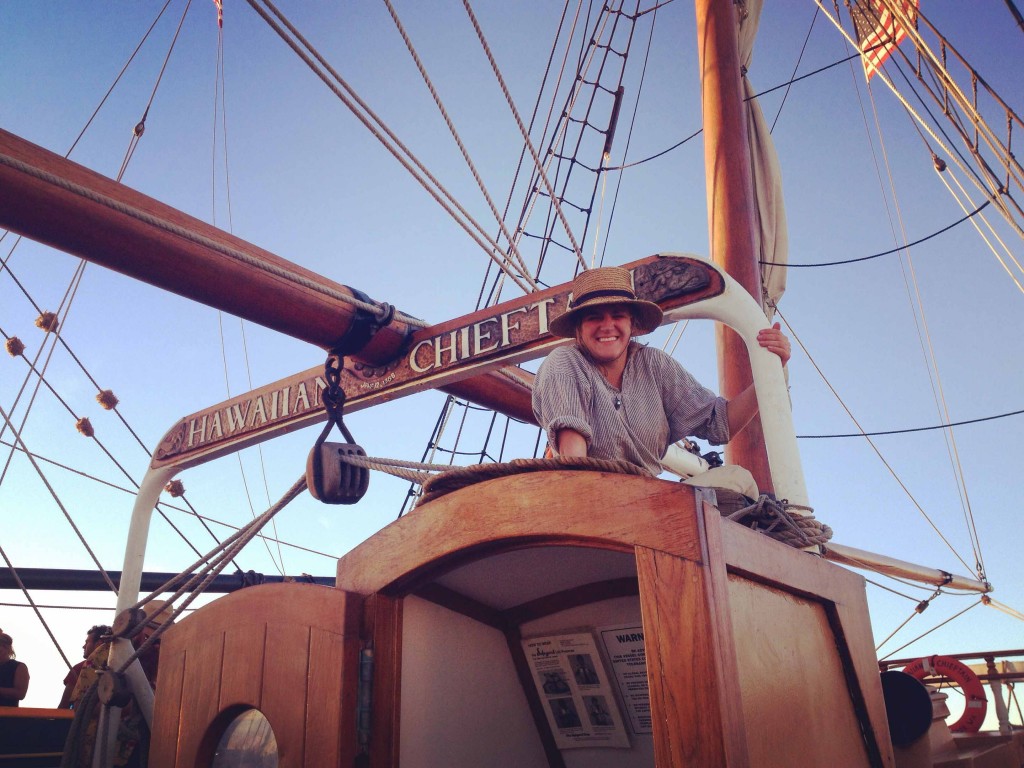 I met new crew members, all who were amazing people all on their own. It was a joy to get to know new people and learn about their lives. My mornings seemed to be fine up until the end of my watch (8 AM – 12 PM) when I immediately forced myself to sleep before sailing into the night (8 PM – 12 AM). 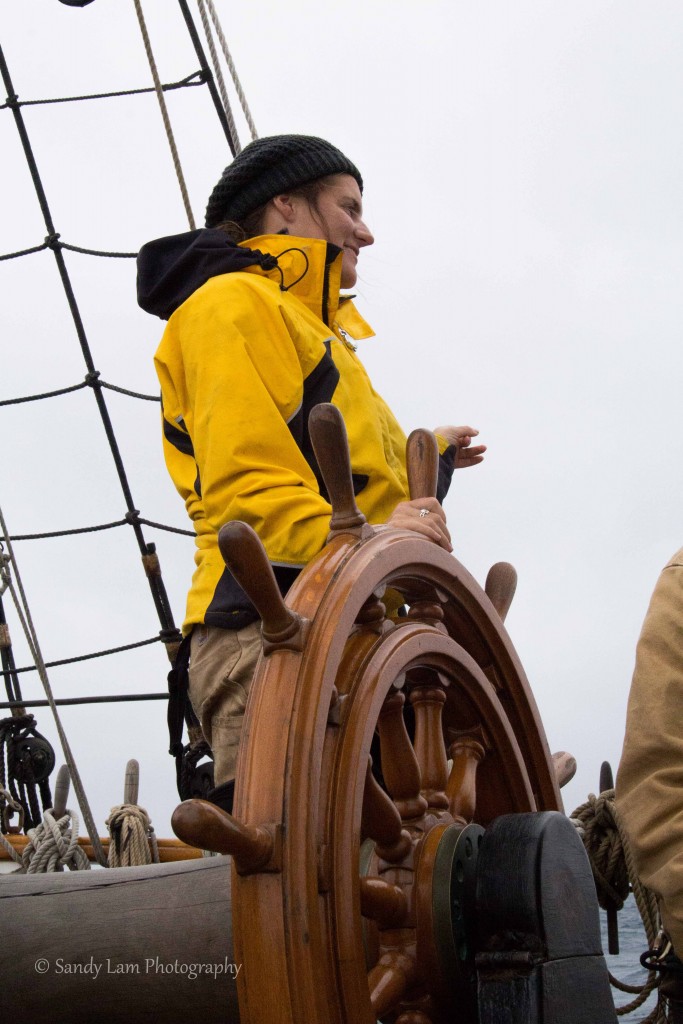 The first day of sailing was perfect. Blue skies, warm, and sunny, we even saw humpbacks in the far distance as we left Oxnard, CA around 9 AM. Lady Washington decided to take a different route so we were on our own sailing through the Channel Islands. After lunch I started feeling a little uncomfortable, but nothing worth getting sick over. Going below deck was NOT an option for me…every time I went below I thought my stomach was going to come out of my mouth. Laying down on the poop deck bench with the warm sun on my face, soft winds blowing by and listening to Kiel diddle on his banjo was the perfect remedy for me. Bliss. 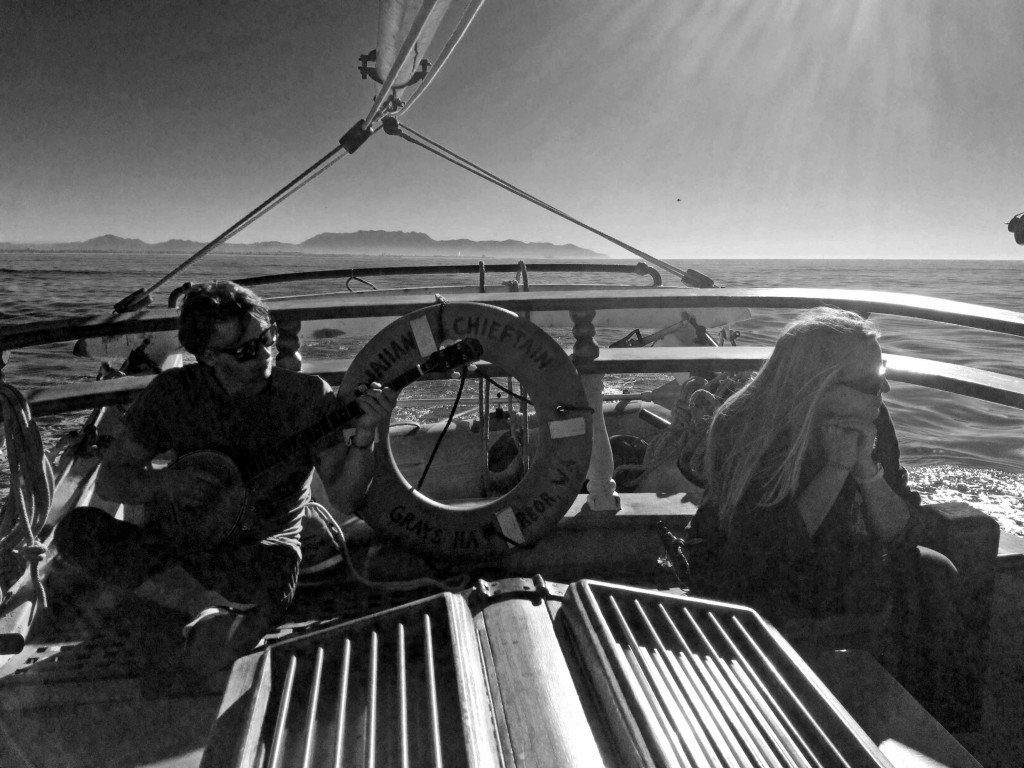 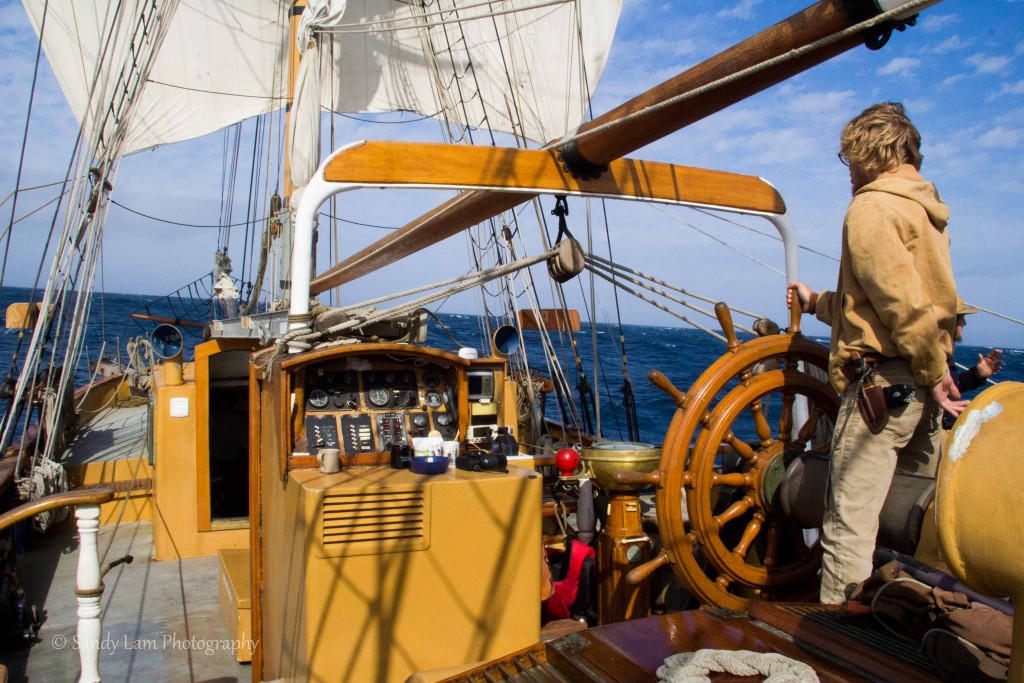 I fell asleep for a short nap and woke up feeling great. I even managed to enjoy some time below deck catching up with Shiny. I nodded in an out of naps and as I came up for sunset and fresh air, the queasiness set back in. The sunset was beautiful, but I couldn’t be bothered to get my camera from the main hold. I figured I still had another day and a half of sailing I could take nicer photos. For the first day, I just wanted to take everything in as it was. Shortly after dinner, I learned that my stomach was not pleased with my condition. 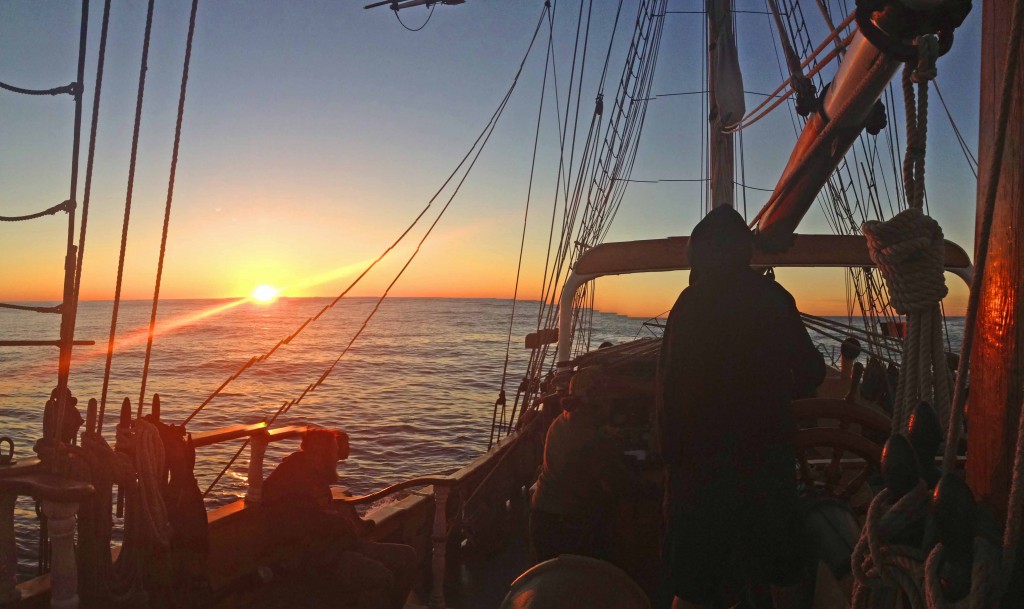 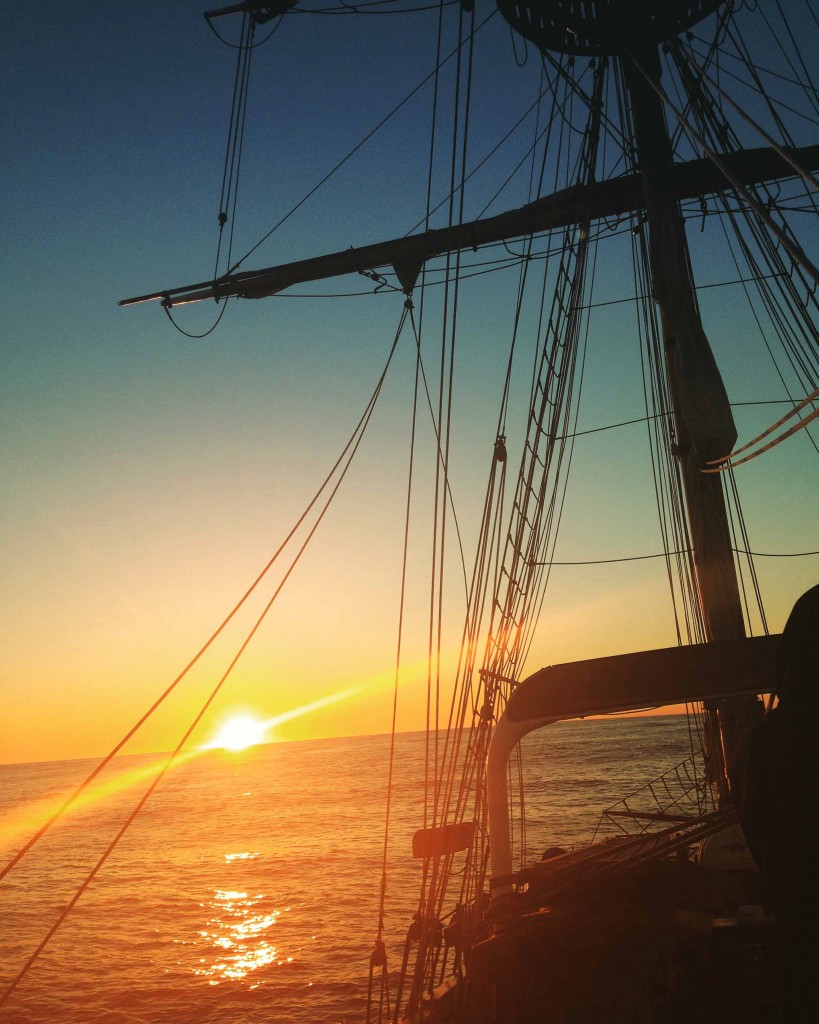 I spent my first watch nauseous beyond belief, throwing up what little dinner I managed to eat off the side of the boat. I was excited to be there but just wanted to feel better. Keeping watch for eerie lights in the distance, steering the boat, were all things I was excited to do. Jimmy, the oncoming captain was my watch leader. As I stood above the wheel, squinting at the binnacle trying to keep us on course, Jimmy asked me lots of questions, no doubt in an attempt to keep my mind off of feeling sick, but every time I opened my mouth, it took everything in me to not just hurl all over. I tried singing, eating ginger candy, all things folks told me help them…but it didn’t seem to help much.

After my watch was over, I immediately crashed in my bunk. I was dead to the world until I woke with a start to a wake-up call and weather report so I could be dressed appropriately above deck. Damn…I missed the sunrise…but I felt much better and pulled on my foul weather gear as the weather had shifted to overcast and got back on deck. 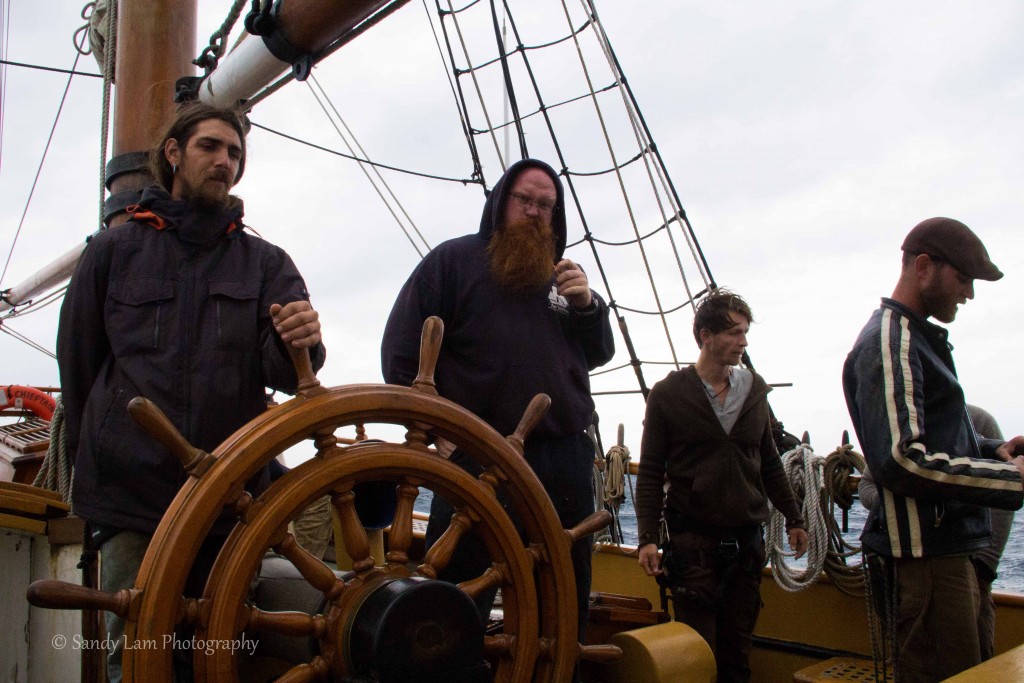 That was a great morning. I managed to get some photos in after the whale sighting. These photos were the only ones I could take until we got to Oakland, CA. 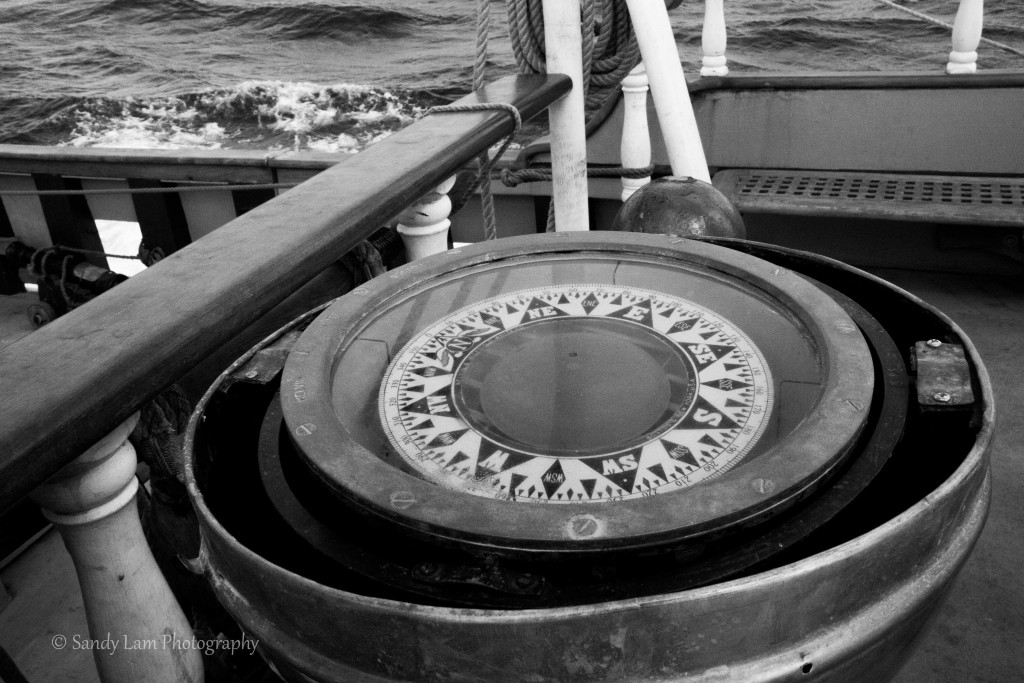 A pretty nasty storm came through in the evening but we still made it. Coming in under the Golden Gate Bridge, I was shivering, cold, and wet. But it was still a cool experience watching the bridge get closer and closer and although the boat has plenty of clearance, it was still nerve racking because you never feel like the boat will make it when you’re coming underneath a bridge. I don’t know why but that’s always how I feel.

After 39 hours on the boat and a tricky docking effort, the only thing I wanted to do was to lie down flat on the ground and just stay still. But of course, everyone else wanted to go to the bar because it was only 10:30 p.m. So on we went! 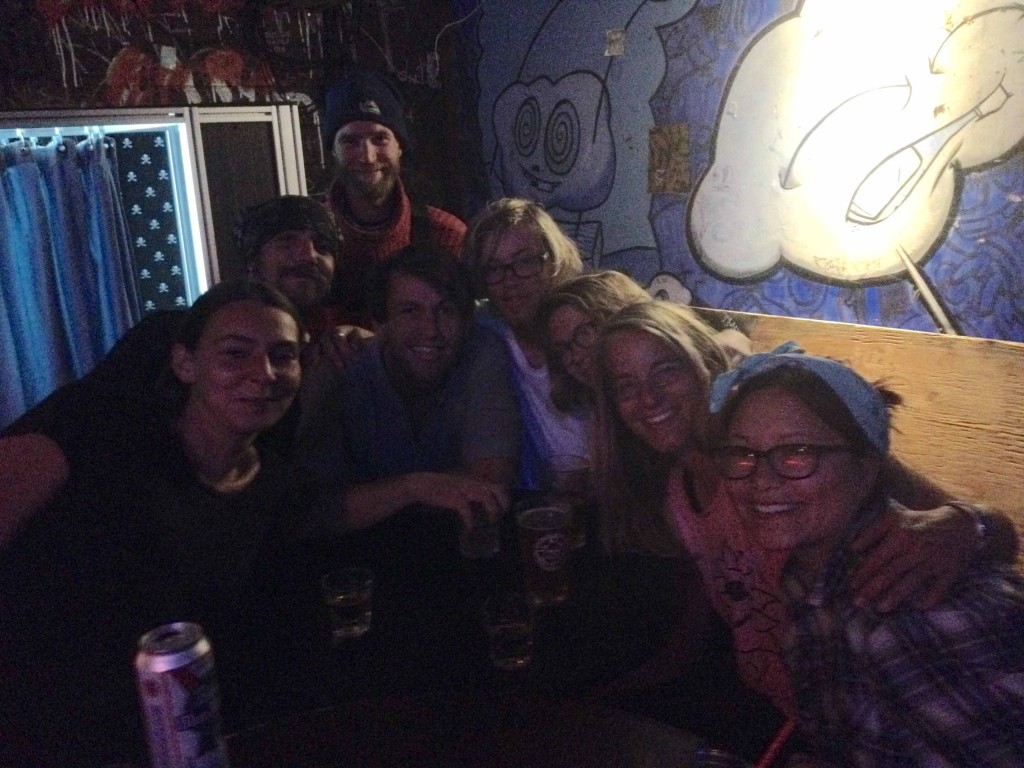 We stopped into Merchants, a super amazing bar that was established in 1916. Turns out I ended up with landsickness as well. Even though I was sitting perfectly still, I felt like everything inside of me was still rocking back and forth. And that almost felt worst than being seasick. The next few days I was SO SO happy when I was able to keep food down. 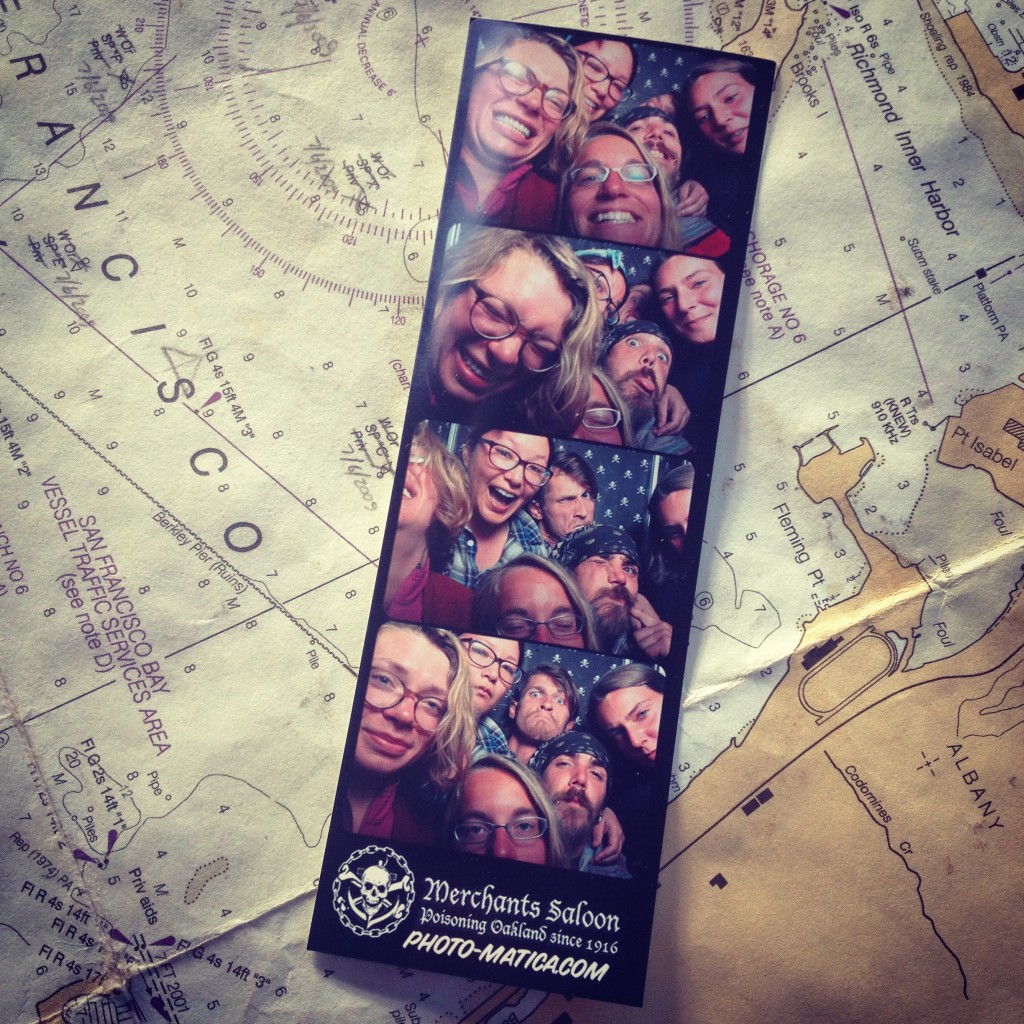 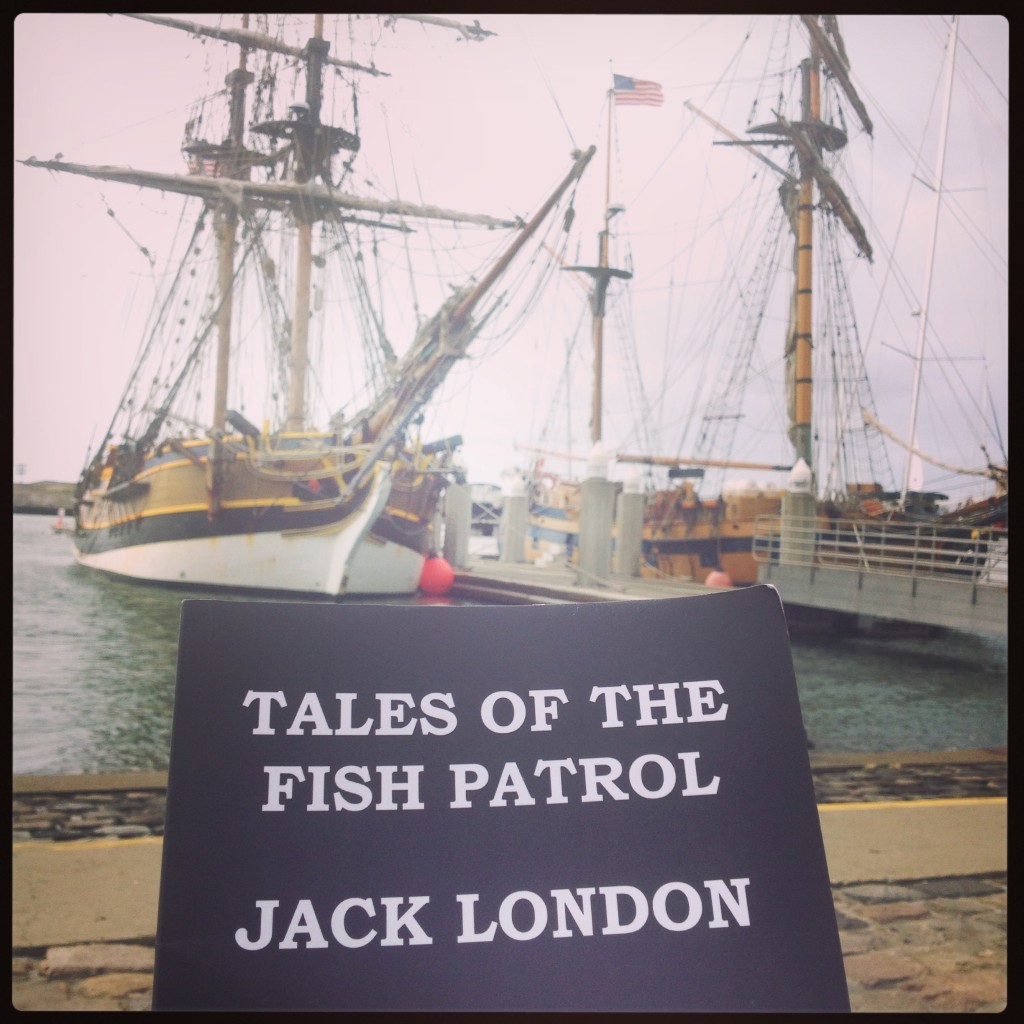 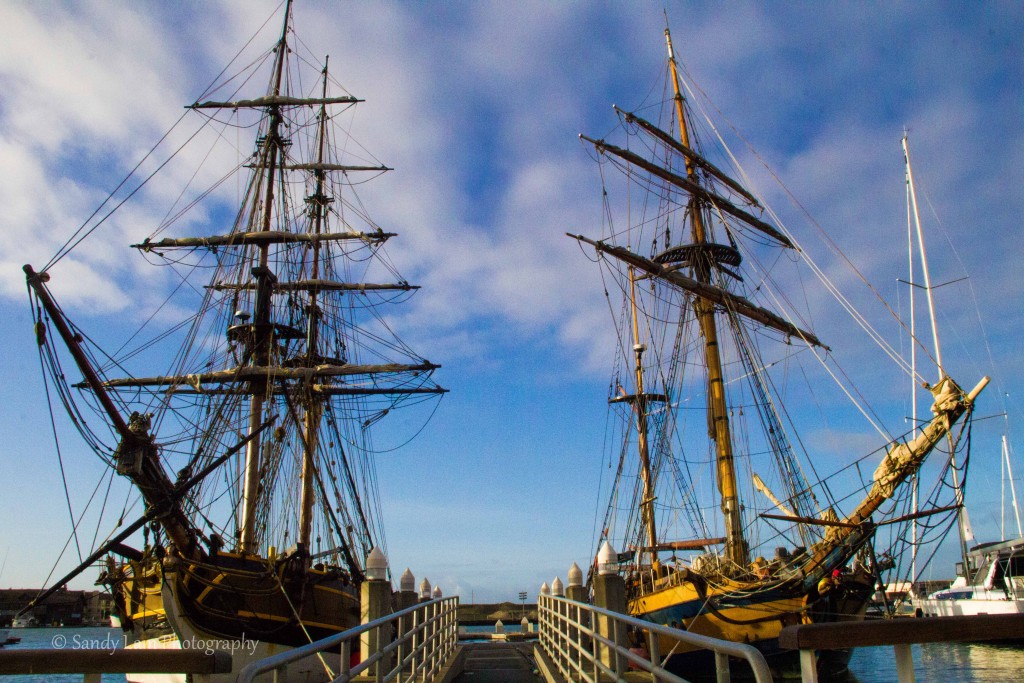 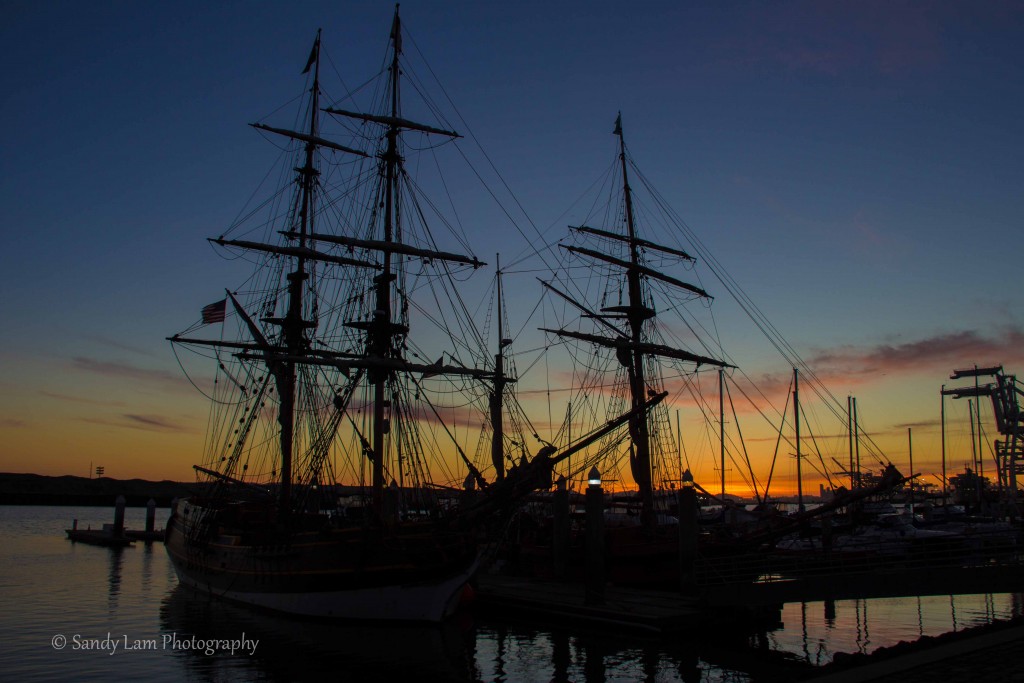 My time in Oakland rounded out with a couple days off, some maintenance, and a battle sail. 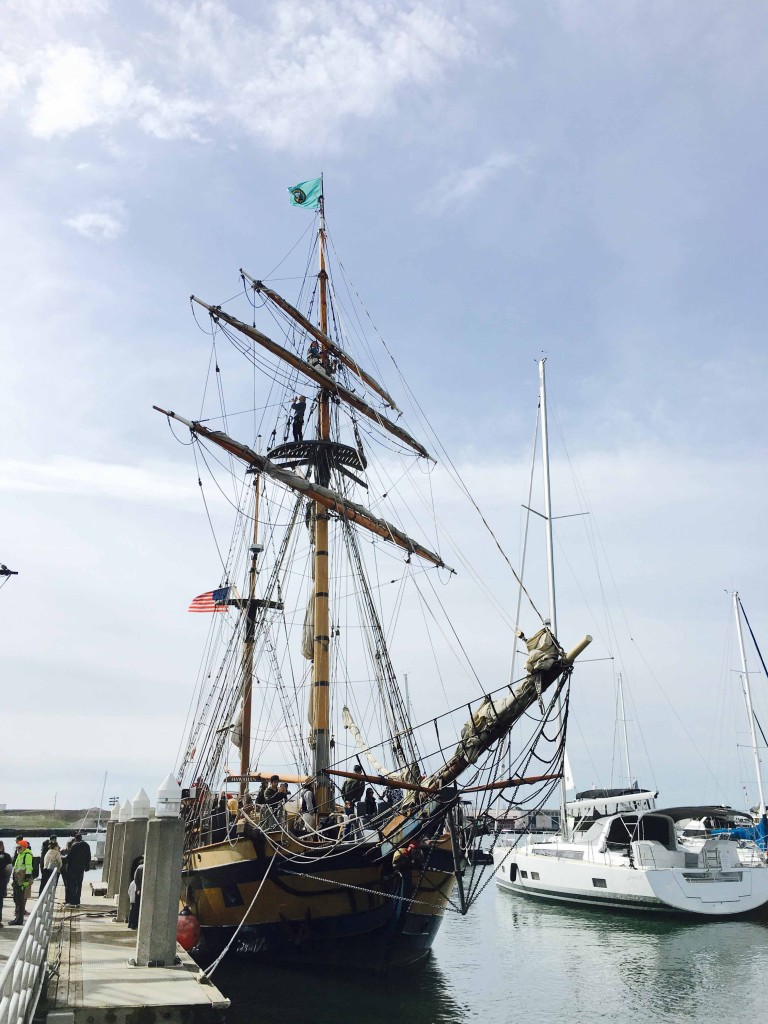 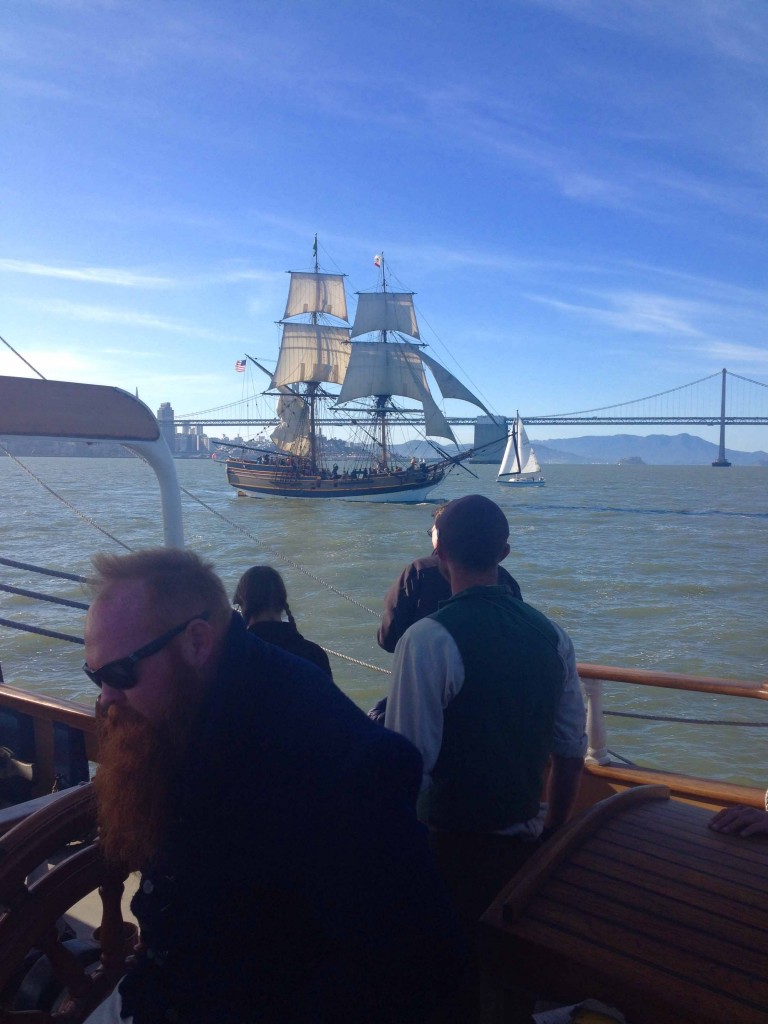 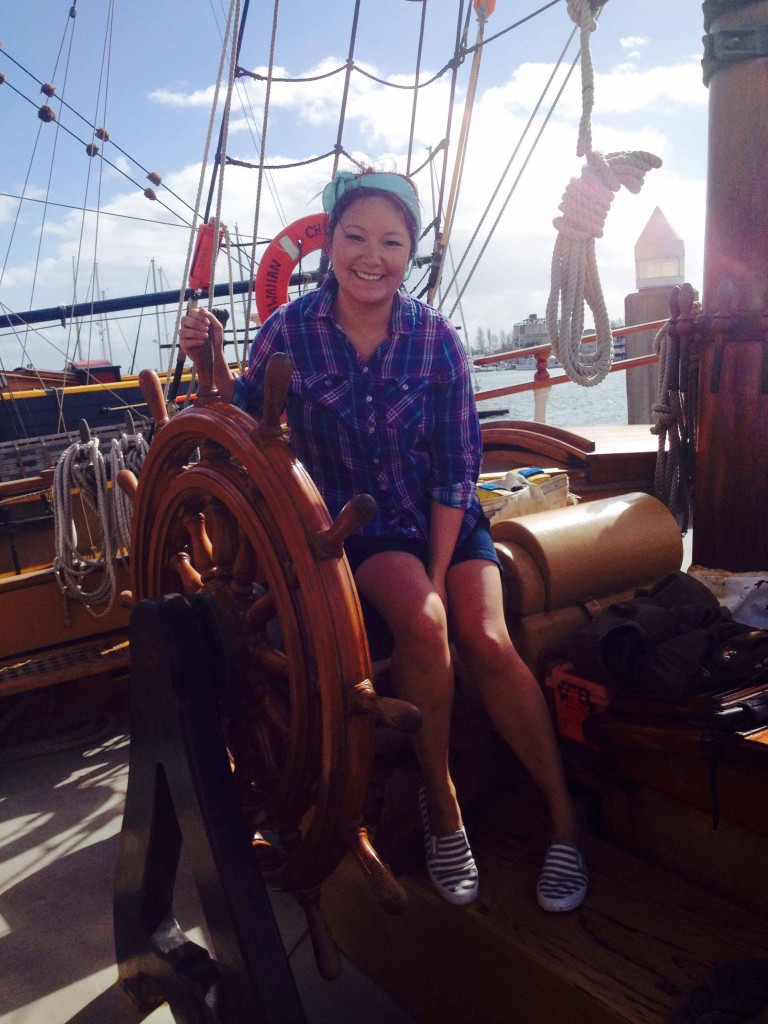 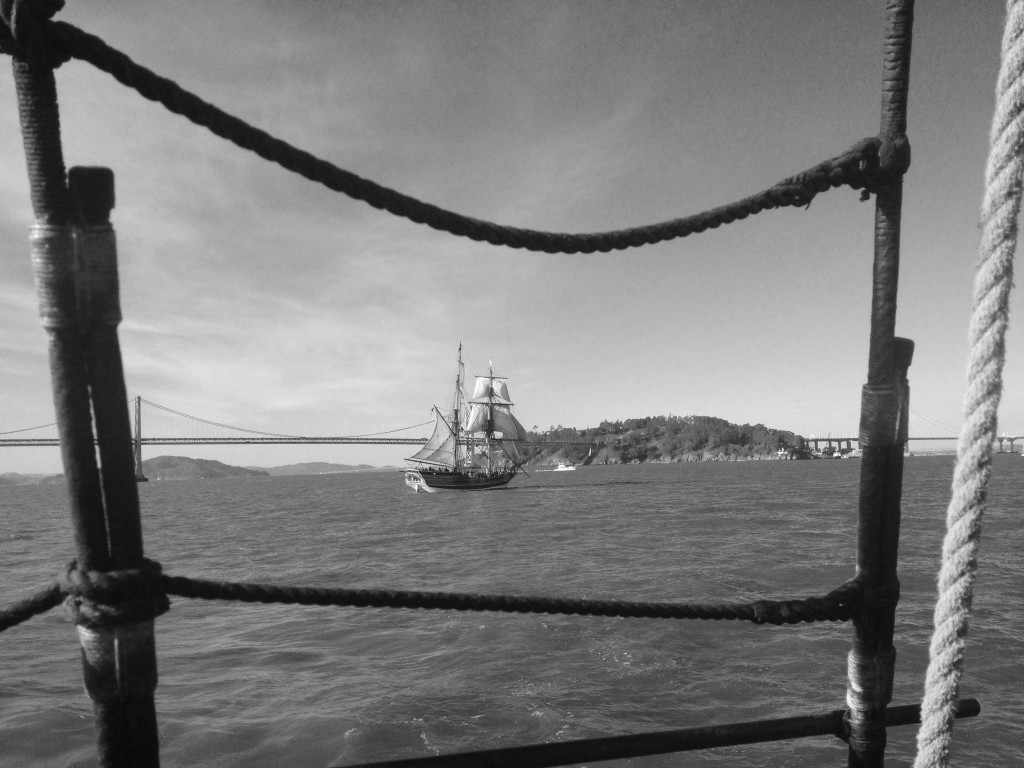 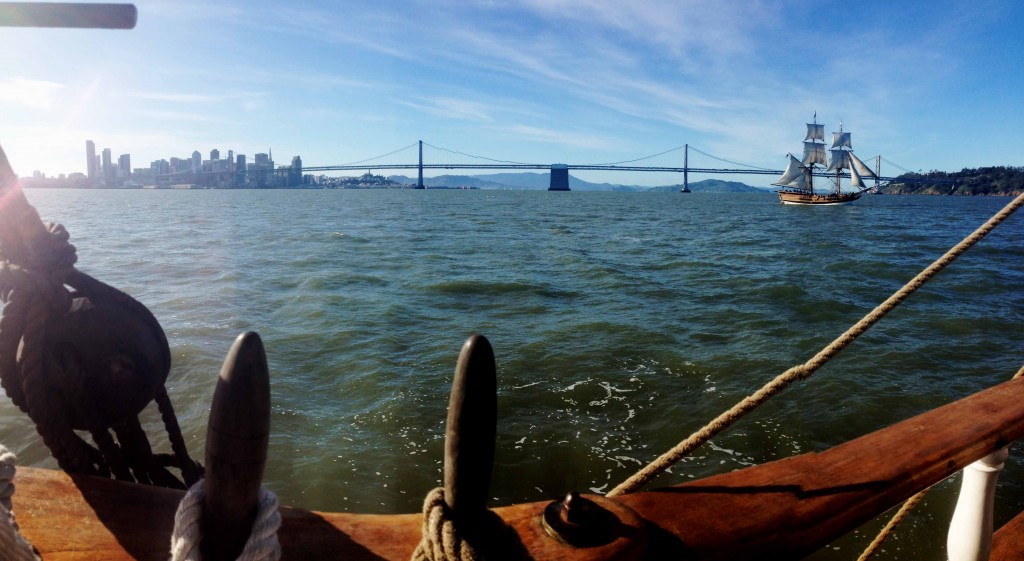 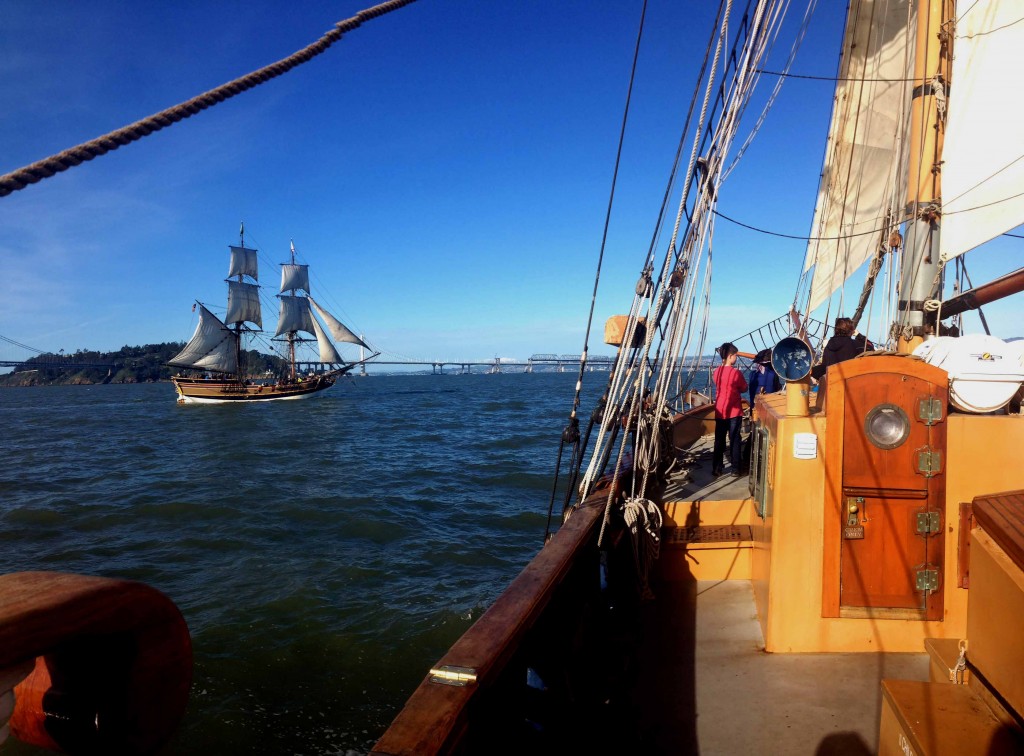 Then to catch a 6 a.m. flight to get back to work right away on Monday morning!

The trip was too short like always, but it was a great learning experience! 🙂