A One Stop Shop As Nathan and I made our way to Chiang Mai we made some quick one night stops. 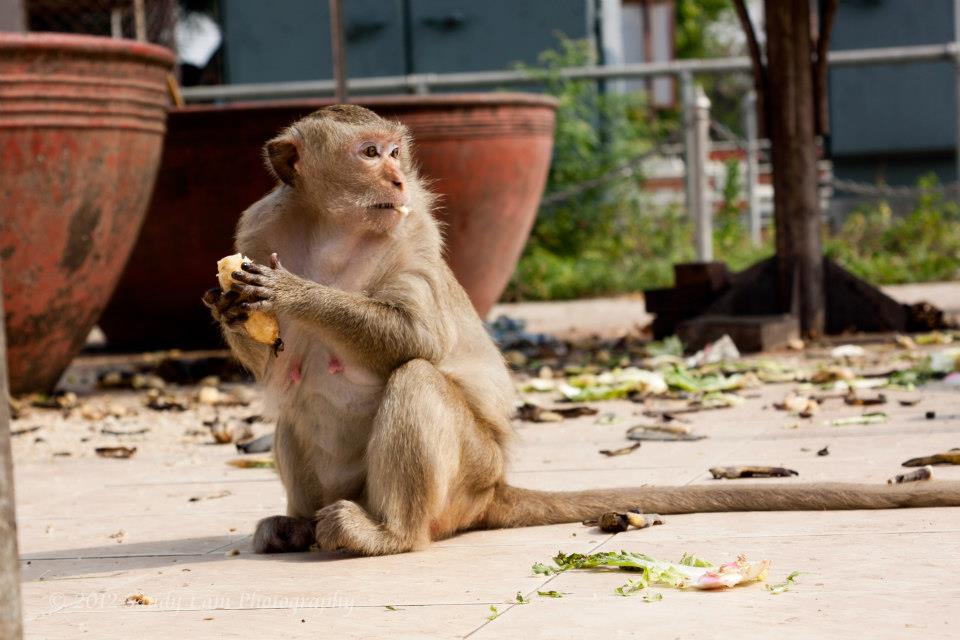 The first was Lopburi, also known as monkey town. You can see monkeys roaming the streets everywhere and there’s even a monkey temple for them. It’s like watching ants on an ant hill…except with lots of old bananas laying around. Unfortunately for me, when we arrived ended up walking quite a bit and it was the hottest day I had experienced. I’m not even sure how hot it was, but I was sweating like nobody’s business and my patience was wearing thin. We knew our hotel was a few km away and where it was on a map in relation to wear we were, but we couldn’t find a taxi or tuk-tuk for the life of us and so eventually we took our chances hopping on a bus and when it made a wrong turn we hopped off. Turns out we hopped out at a bus station. But no one could tell us which bus to take to get to where we needed to go, and we thought we could get somewhere on one of the minibuses (similar to a shared taxi service), but then we were dragged over to other taxis and tuk-tuks quoting ridiculous prices to us. So after an hour of that crap we left the station in search of other transportation. We finally came upon a really nice moped shop guy who helped us find a ride via minibus. The first wasn’t going near our destination so we had to pass it by, but luckily another one rolled by after it.

When we finally arrived at our hotel, I showered and we headed out to get some lunch. We wandered down the street and found a multi-story version of Fred Meyer except with an amazing food court. Unfortunately, everything was in thai and there were hardly any pictures of the food.  First off, trying to figure out how to pay for the stuff was interesting. You had to have a prepaid card. When we finally sorted that out, we decided to go with the stand with some generic pictures on the outside. However, even pointing at the items didn’t help much. The lady behind the counter couldn’t see what we were pointing at so she asked someone else on our side to tell her what we were pointing out. It was rather hilarious and she was really sweet about the whole thing. 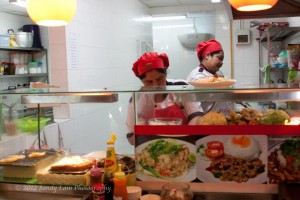 We went to explore the upstairs because Nathan needed some sandals. This is when we discovered it was like the equivalent to a really cheap Fred Meyer. The first stop: Christmas decorations. haha. We want to make our future beach bungalow as christmassy as possible. Then Nathan and I got lost in all the retail clothes and snack section. We decided getting snacks for the road would be a good idea. Apparently since neither of us had been eating junk food in quite some time, we felt compelled to indulge. In the end Nathan ended up with sandals, a -shirt, shorts, christmas decorations, donuts, oreos, and all sorts of strange things. But I wasn’t any different. I walked out with, bras, a dress, christmas decorations, goldfish crackers, and seaweed flavored pringles. 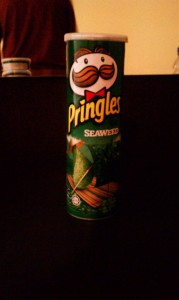 Yeah, that’s right, seaweed flavored pringles. I never buy chips back home (except for those amazing salt and pepper ones from Trader Joe’s), but for some reason I was really craving chips. And when I saw these on the shelves I HAD to try them. I was curious and I knew I would make a mention of it in my blog. It just had food blog adventures written all over it. For someone who loves food so much Nathan was not in the least excited. But he was probably just thinking about the 4 donuts he was about to consume.

Sadly, but not surprisingly, there isn’t much to report. I actually really enjoyed them. But I’m also a person that enjoys those Nori seaweed chips. Plus they are potato chips! Yum yum yum. I did laugh at the cover because of the bamboo hat wearing green chip rafting…

They’re salty, a tiny bit sweet, and crunchy. Not sure if I would ever buy them again, but I would definitely eat them up if they were sitting in front of me. I like how i got the pringle can because I wanted to save the chips and not have to worry about them getting crushed, except I ate the whole can as soon as I got back to the hotel. That just made up for any sodium I have been missing in my system.

As soon as stuffing out faces was completed, I proceeded to pass out. I think i slept from 7 p.m. until 7 a.m. the next day. Nathan made fun of me and told me I sucked at life, but the next day when we made it to Phitsanulok, he passed out by 6 p.m. Haha.

So we don’t have much to report from Lopburi or Phitsanulok. Just passing through towns, but probably worth it instead of taking a very long over night train from Bangkok. 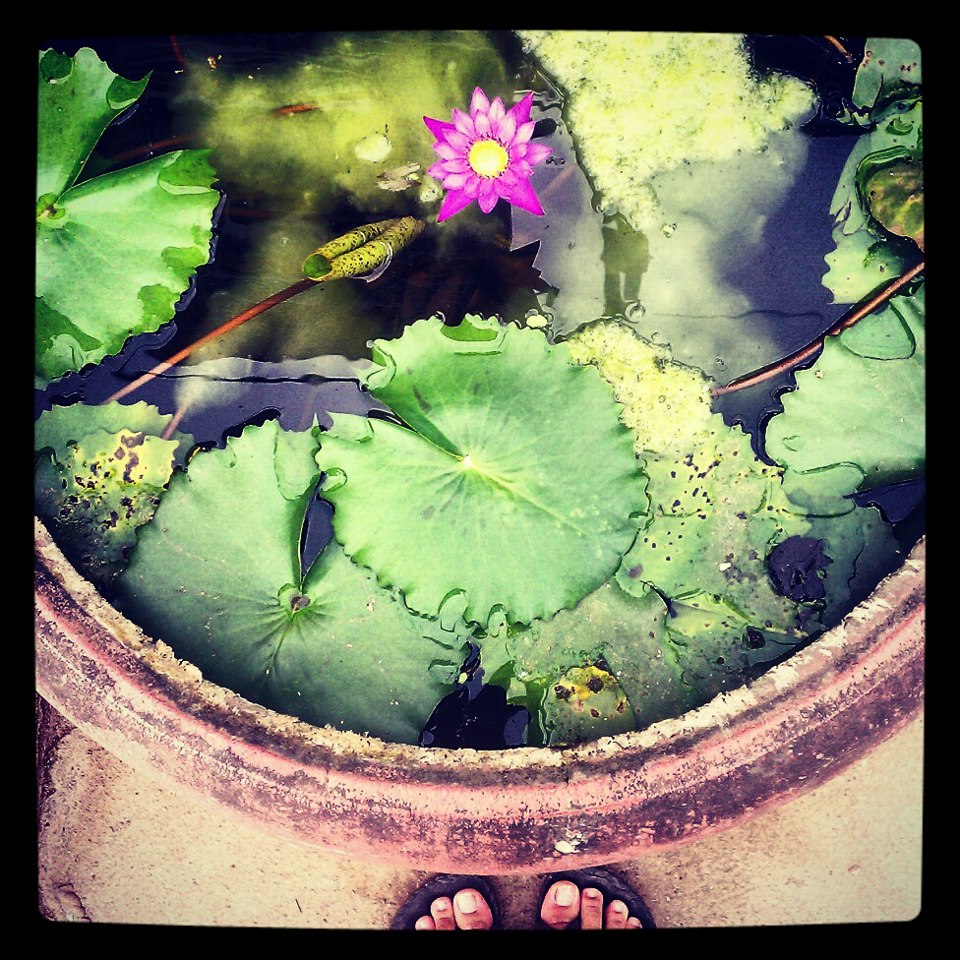