Ok I know not everyone can have the amazing King Crab feast or crab cakes Ryan cooked up for us, so I’ve compiled some mini reviews of some of the places I ate while staying in Skagway.

Being a true blue PNW girl, I stopped by Skagway Brewing Company. While much of the rest of Skagway feels like it’s stuck in the 60’s or older, Skagway Brewing Company felt just like home in Seattle…before microbreweries became a trend. A cozy, friendly brewery never disappoints me. Especially when there is good beer, shuffle board, and pool! Where Skagway Brewing stands apart is that it has an equally comparable menu. 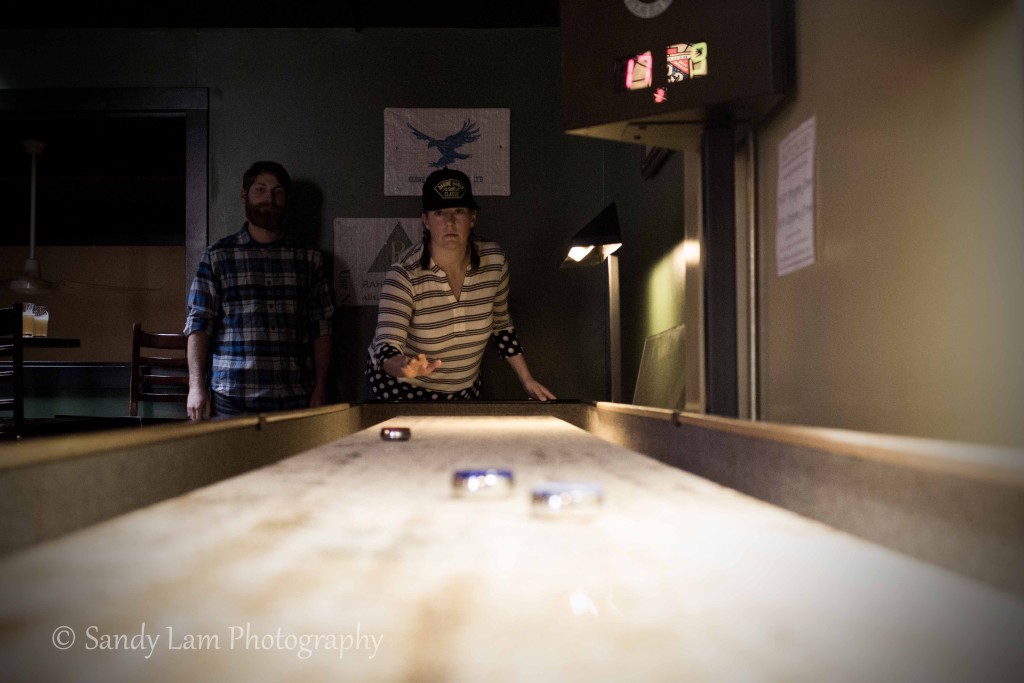 First: Beer. We tried the Spruce Tip Ale, their signature brew and a tourist favorite. It’s a traditional local style ale that many of Skagway’s early population drank back in the day as it was made with fresh spruce tree tips that helped provide vitamin C. Basically, it was their version of modern day Airborne…with alcohol. And surprisingly, it’s tasty! I’m an IPA girl and prefer full bodied hoppy beers, but the spruce tip ale had a medium body to it with hints of zest and floral elements. It was so good, we just kept ordering pitchers of that. So aside from the Spruce Tip Ale and their root beer, I don’t have much to report back on as far as ales. Their root beer, by the way: AWESOME. Though, I have yet to have a root beer form any micro brewery that I didn’t like. Tip: Get the Skagway root beer with vanilla vodka at the Red Onion Saloon down the street. Add some house made maraschino cherries if you’re feeling extra alcoholic. 🙂

In my experience, it’s hard to find quality beer AND quality food from the same brewery kitchen (except you Boundary Bay, you will always be my first beer love and I love you and your mac and cheese!). But Skagway Brewing had a solid menu that was delicious. You almost forget you’re in a town with limited food resources until you see the prices. It’s not super budget friendly but it is DEFINITELY worth it. It’s not any more expensive than the overpriced stuff you get in Ballard. They even have gluten free items! 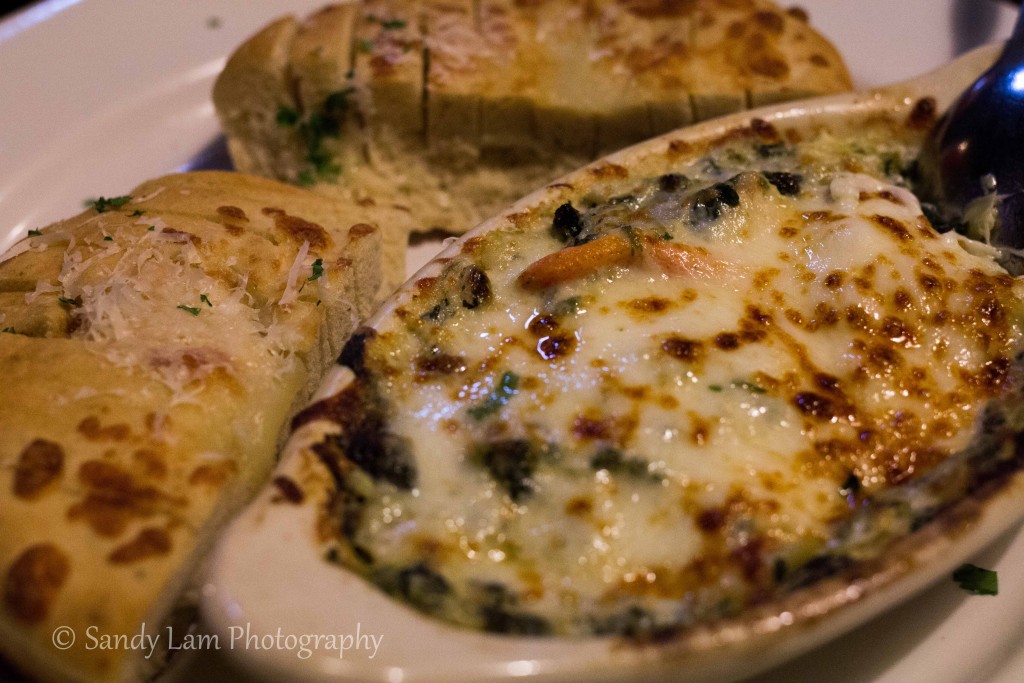 Crab Artichoke Ramekin with focaccia ($14.25). You could probably pass on this. I wasn’t too thrilled on this item. 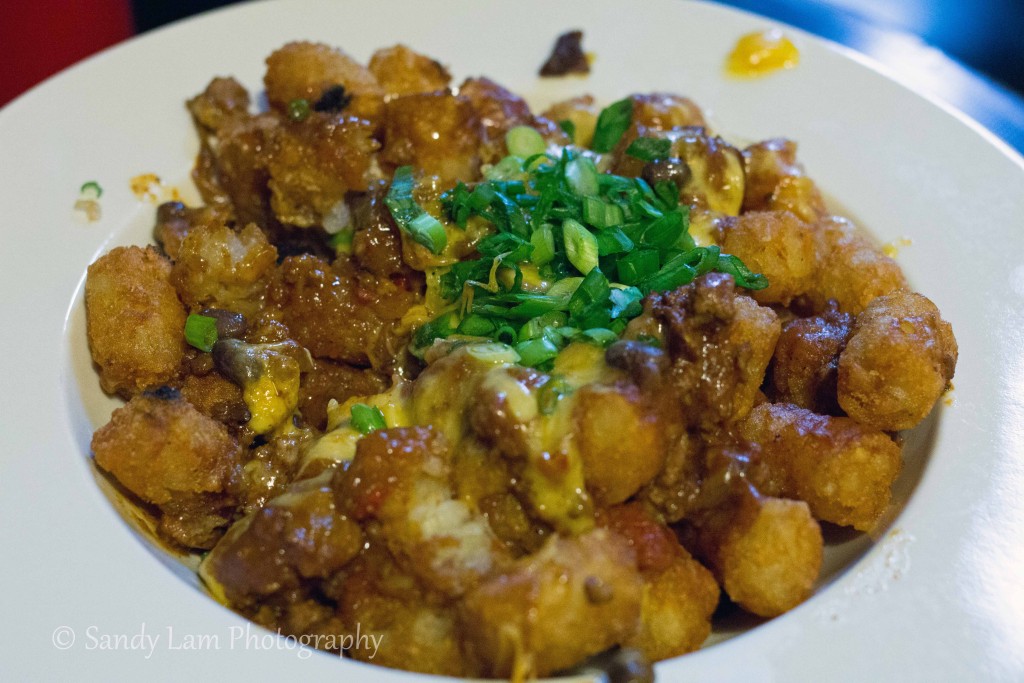 Tots with housemade beer chili ($12). DO NOT PASS THIS ITEM! DO NOT GO HOME WITHOUT TRYING THIS. The chili is AMAZING. But seriously, who passes on chili tots anyway? 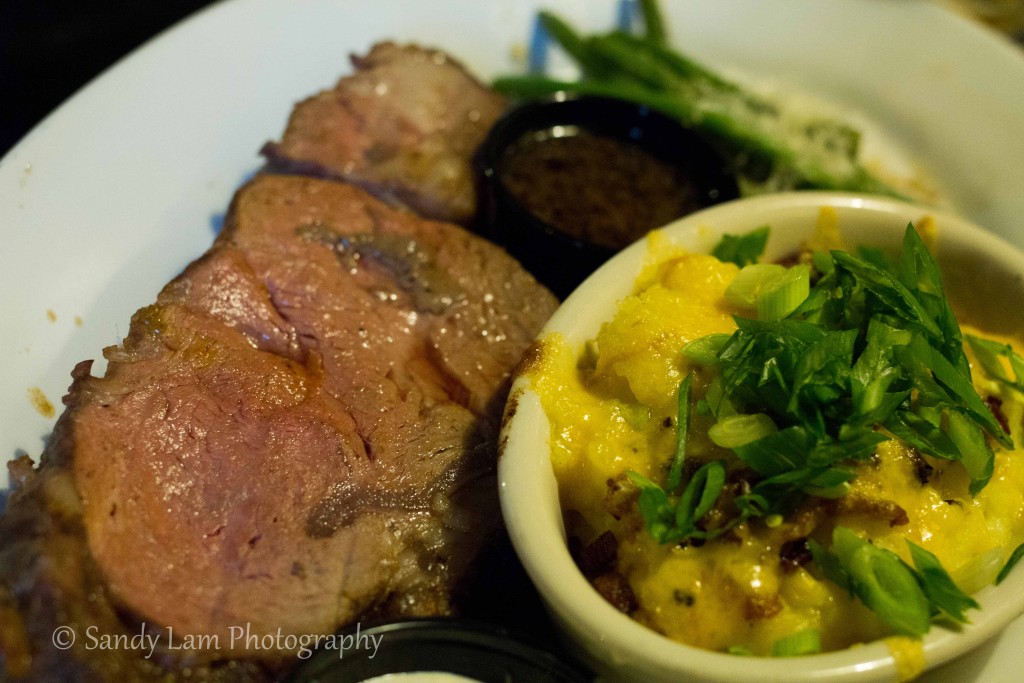 I’m a sucker for prime rib so of course, I got the prime rib ($23). Cooked perfectly, served with asparagus, and loaded mashed potatoes. Jess claims the prime rib can be hit and miss, but it was definitely a hit with me that night!

A special mix: Creole Pasta ($17.25). Penne pasta with all that southern good eatin’. Blackened shrimp, andouille sausage, freerange chicken + the ssambal cream sauce. SO GOOD. The pasta was perfectly al dente (and if you know me, I’m a pasta snob), and sauce was the perfect american style creamy goodness and not as much buttery grease as you would think. 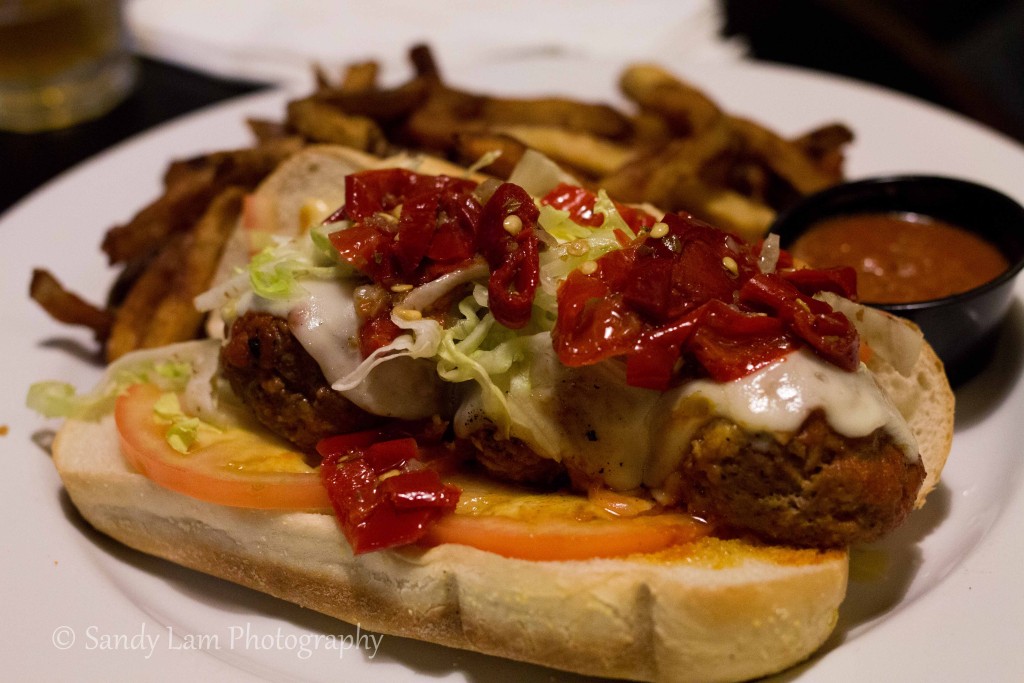 Housemade meatball sub ($14.95). It’s pretty much as mouth drooling as it looks. Per Jess’s warning, they’re lucky if the tomatoes are even red in Skagway.

The town is so small if you walk up and down you can’t miss it, but just in case you do it’s on 7th and Broadway, teetering the edge of “downtown” before you get to the residences.

Starfire claims it’s been the #1 thai place in Skagway the last five years…but it’s the only thai place in Skagway. Nevertheless, you should stop by not just because it’s your only thai option, you should stop by because the quality of food is superb. Despite the remoteness of Skagway, Starfire’s menu includes some authentic thai dishes including purple curry and khao soi.

The service was prompt, the place was clean and the food was good. What more could you want in Skagway? You can find Starfire on 4th and Spring.

For me, there’s nothing better than arriving to a destination after a long day of travel and having a delicious meal waiting for you. We went straight to meet Ryan at work. For anyone who is familiar, Skagway Fish Company actually changed locations after a terrible fire. The new restaurant is one of the few located on the water with a a great view of the surrounding mountains and small town below.

Skagway Fish Company boasts the best seafood in town and while I don’t doubt most of the seafood in any coastal town of Alaska is great, this place certainly doesn’t disappoint. The portions of seafood are mouthwatering.

We started with the freshly shucked oysters and a minuet of course. 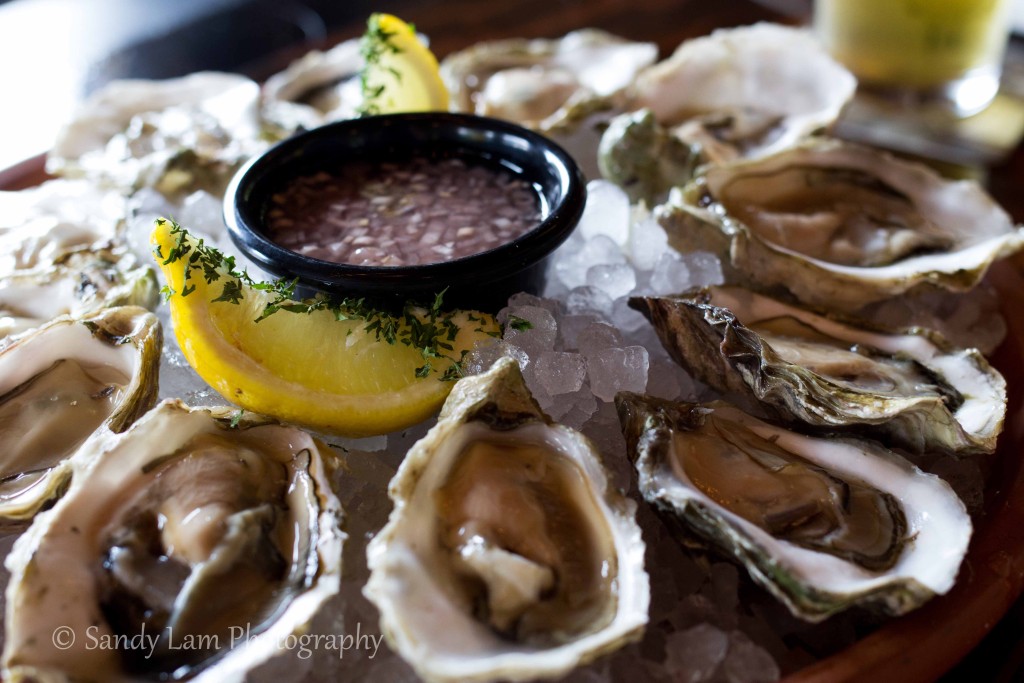 I had an AMAZING seafood salad. 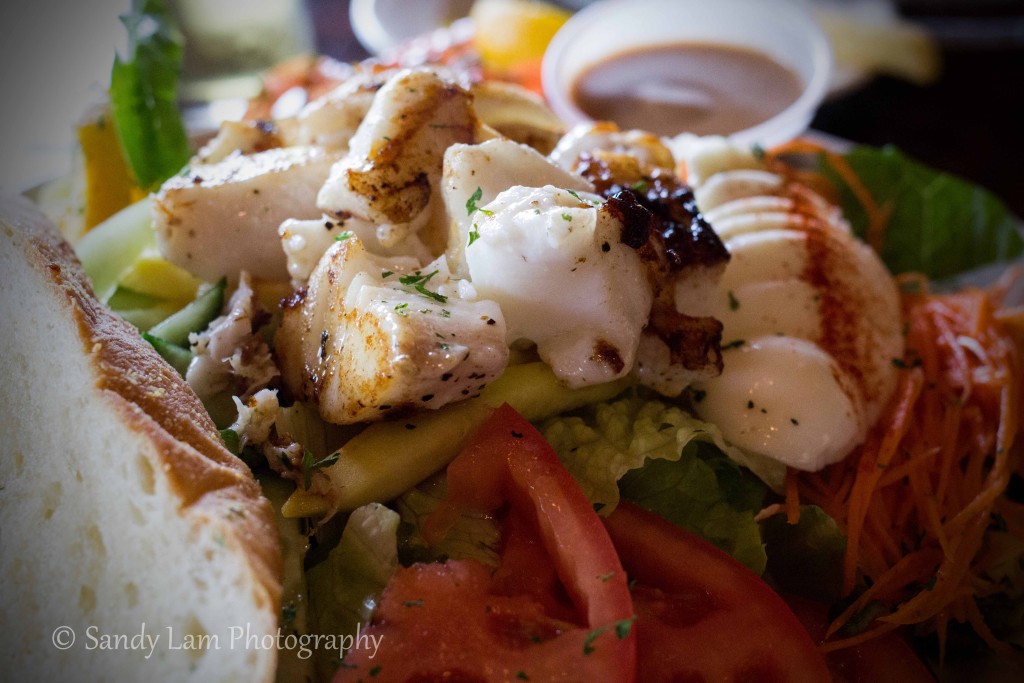 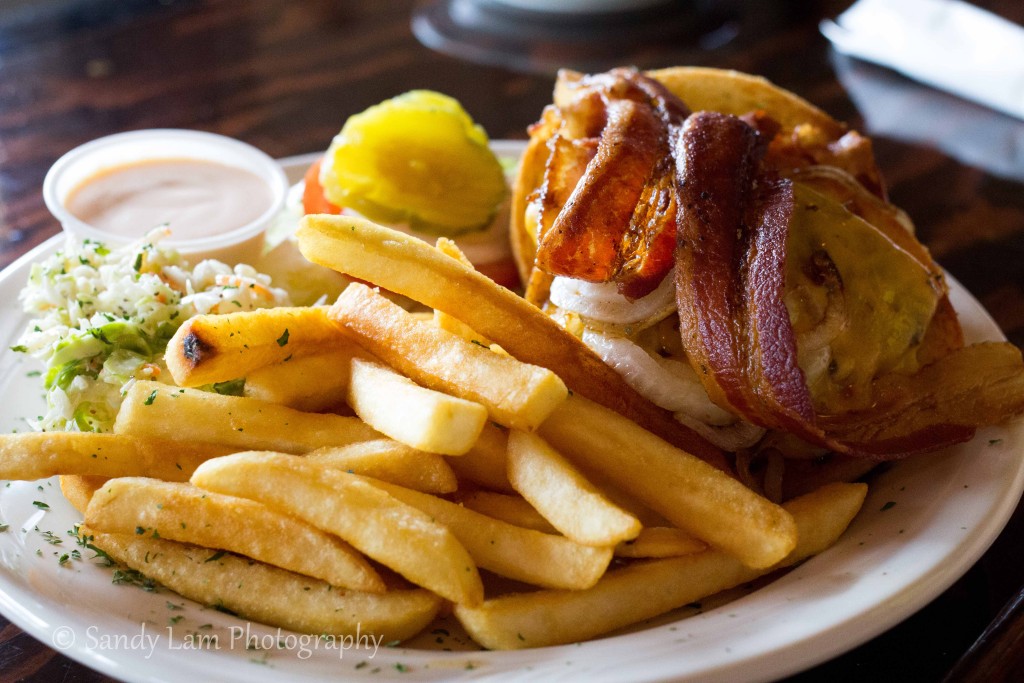 We went back for brunch one of the days and I had the crab benedict. Unfortunately I was a little let down with this choice, but we decided it was an off day. 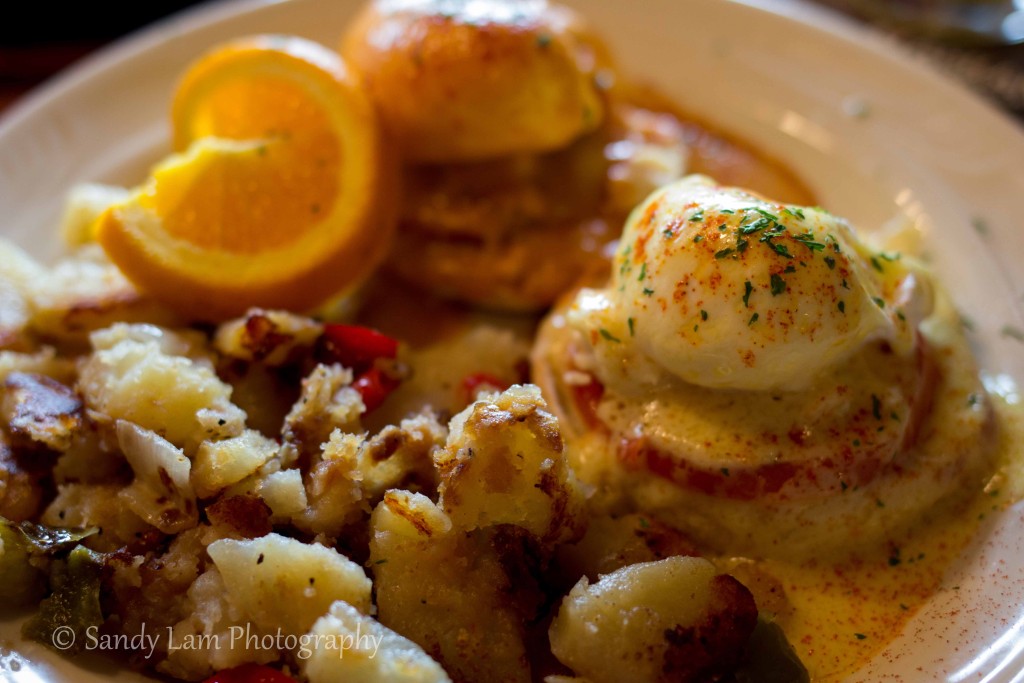 Chris got the crunchy french toast. 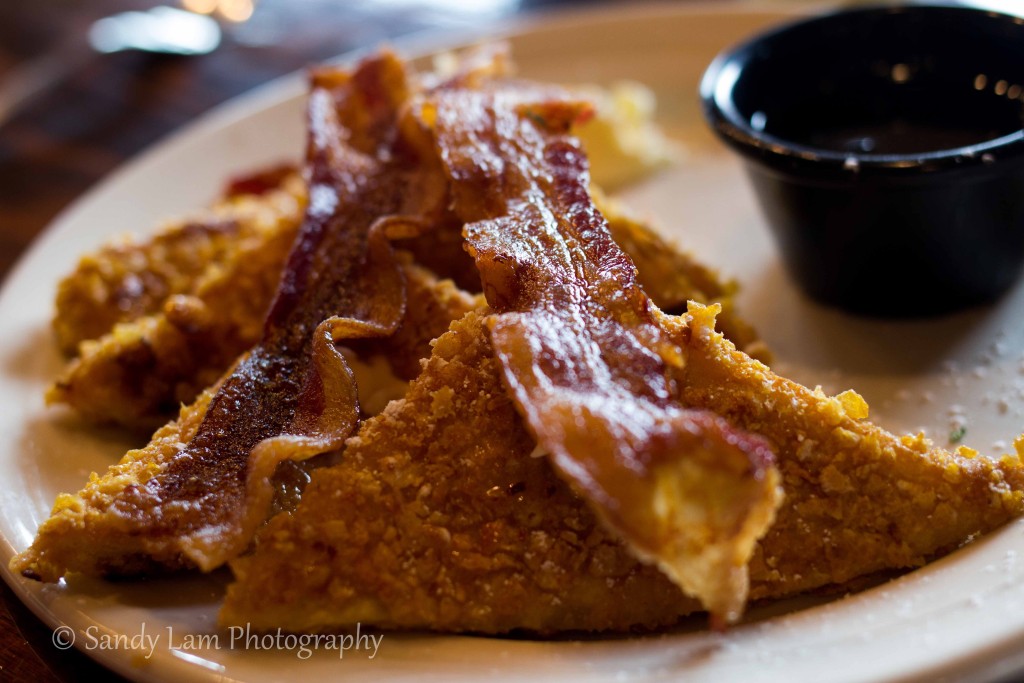