So here we go. After work, we packed a few things and “moved” to Daniela’s house for the weekend. We got there just in time for the opening ceremony, which included the mayor (who they call the “major”), talking and kids from the local schools presenting this year’s wine. After all that mumbo jumbo, the kids shook up champagne bottles and proceeded to have a champage war. It was awesome. Then they served champagne and little foaccia bread pieces to everyone around. It was great! 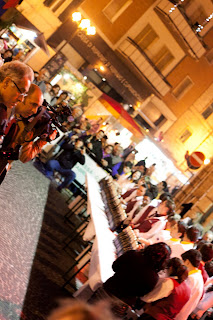 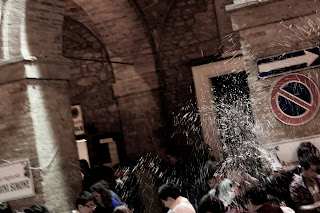 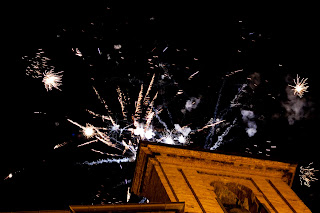 After the fireworks, we proceeded to head to the best street food stand. Corrado and Valeria say that this has the best food. I was just impressed with the tambourine windows! 🙂 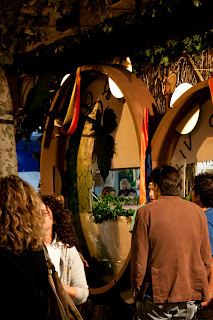 We sat down in this awesome old building…here is a photo of Giaccamo climbing on the stairs to give you an idea of what setting. I also snuck a picture of a cook tasting the food in the kitchen! 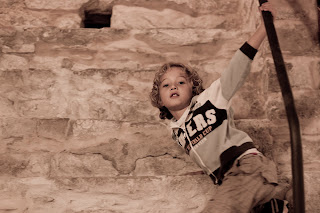 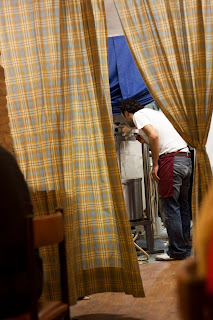 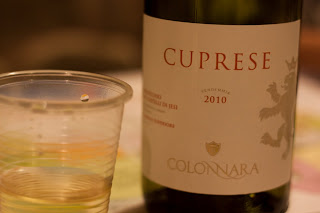 First wine of the night. 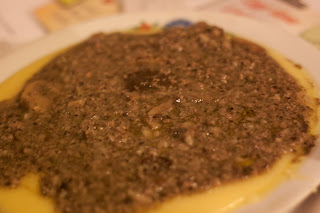 Giovanni got some kind of pork dish with Polenta. 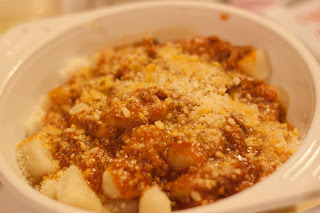 I got the Gnocchi papera (duck). It was basically a duck ragu sauce. It was AMAZING. the sauce was incredible, but the Gnocchi was even better. I have never had Gnocchi like that. It was so fresh and soft. It almost didn’t need to be chewed, it almost felt liek ti would just melt in our mouths. I can’t even describe it. It was light but dense at the same time. All I know is that I am pretty sure I’m never having Gnocchi in the states again because it will never be as good. I can’t go back! 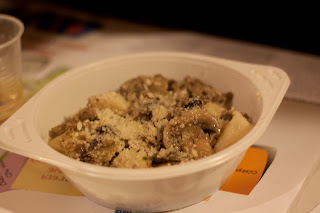 Lisa had Gnocchi with a mushroom sauce. It was pretty incredible as well. My newest discovery were these deep fried stuffed olives. Olives stuffed with a meatball sort of thing, breaded and deep fried. Pretty amazing! 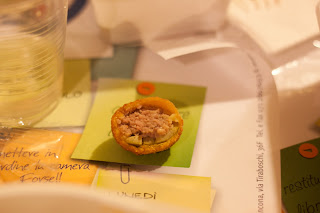 After dinner, we wandered around checking out the vendors and music. I have to say, music is there was quite terrible. I enjoyed the old traditional stuff we saw, but the 40 eyar old Britney Spears wannabe and angsty teen band really didn’t do it for me. But I did enjoy the people watching. Line dancing and everyone having a good time made for a good night. Here’s a video of a guy I saw dancing throughout the festival. I was totally standing about 20 feet away from the person that made this video. It was so great. 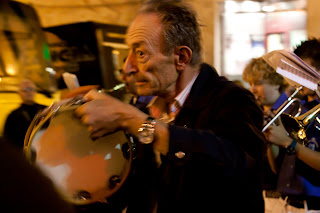 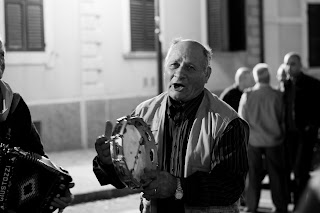 Another not so crazy tambourine man. 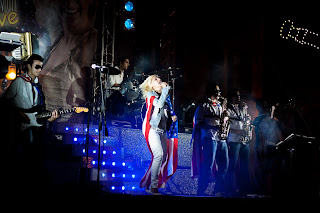 And then there was this 40 year old Britney Spears wannabe. I was not very impressed.

We ended the night with lots of silly dancing right outside of the house. It was great. I was starting to learn all the great Italian 80’s songs. Having the house right there was awesome because we could run in and get water or use the bathroom without a line or any hassle! Dancing the night away with Hillary and Giovanni was a great way to end the night. I didn’t get any video but I did find a video of the dance party that took place RIGHT outside the house! So hilarious. Yeah this is what we listened to till 4 a.m…