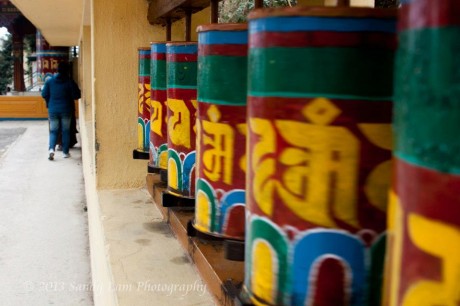 It wasn’t a big surprise when I failed to be granted an audience with His Holiness, the Dalai Lama. Since he didn’t have any public teachings while I was in town, I figured I wouldn’t even see him at all. Turns out the last few days I was in town, he had cancelled some events to return home. Unfortunately, this means he was engaged in a meditative retreat at home and would not be making any public appearances. But for me, knowing that His Holiness was back in town gave my soul some comfort knowing he was near. 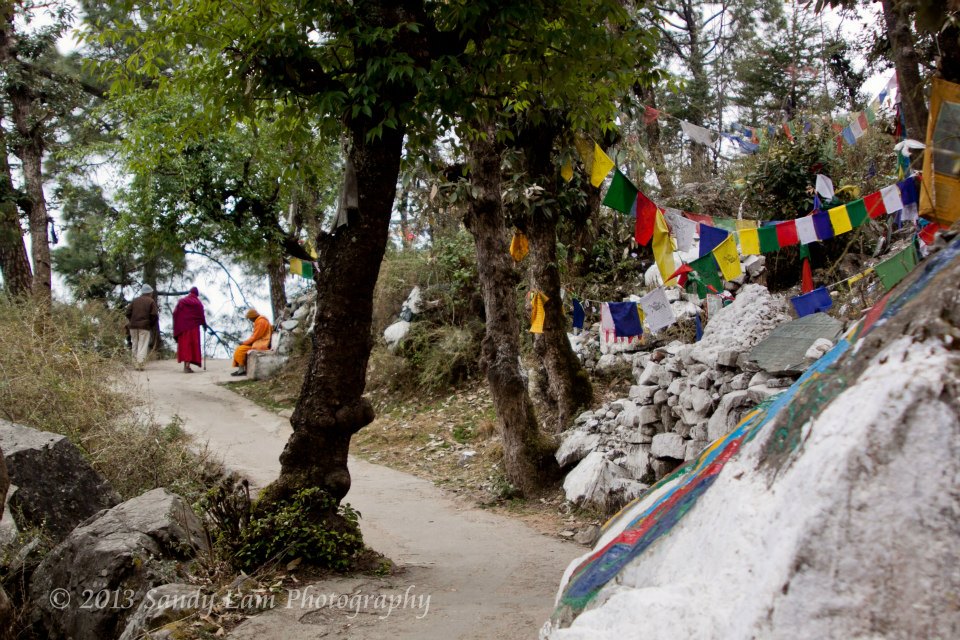 Tsomo took me to my first Kora at the Tsuglagkhang Temple, home of the Dalai Lama after an afternoon of momos. Kora is performed by circumambulation (walking around) around a temple or sacred site. Direction varies by religion and in the case of Buddhism, Kora is performed in a clockwise direction. While walking around the temple you spin the prayer wheels. The prayer wheels at Tsuglagkhang Temple vary by size occasionally but most are about half a meter tall cylinder. They vary between being wooden and metal, but either way, they are quite heavy and hard to spin around if you’re not paying attention! Generally, you take this time to meditate and chant “Om Mani Padme Hum” while you spin the prayer wheels. By doing this you are “sending” the prayers out into the world. I wasn’t very good at this my first go, as I was too busy trying to concentrate on being able to spin each wheel. It’s hard to keep pushing it in the right direction when someone just in front of you spins it first. At the same time, if you’re the first to spin it, they’re heavy to get started! 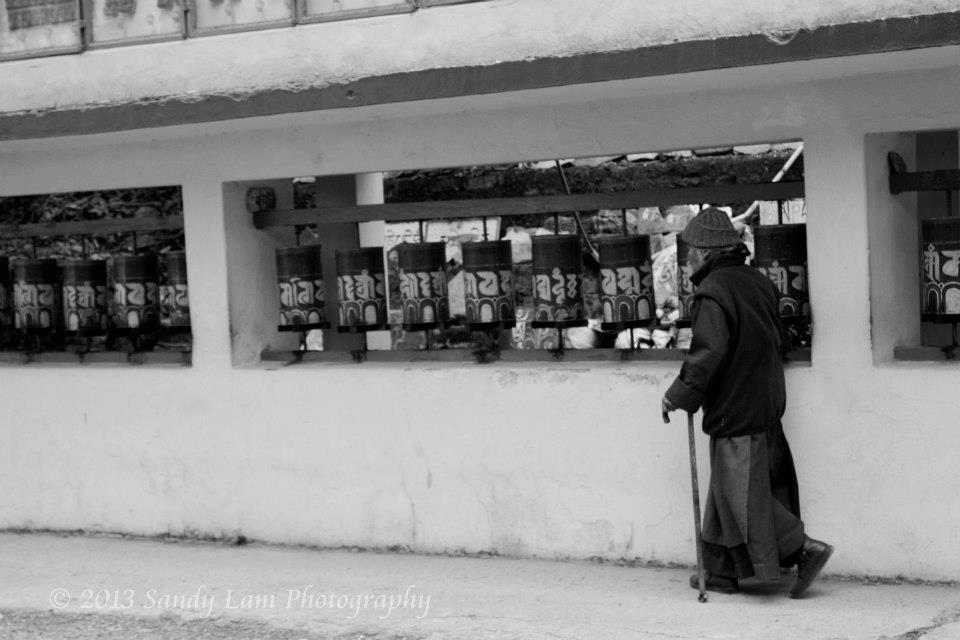 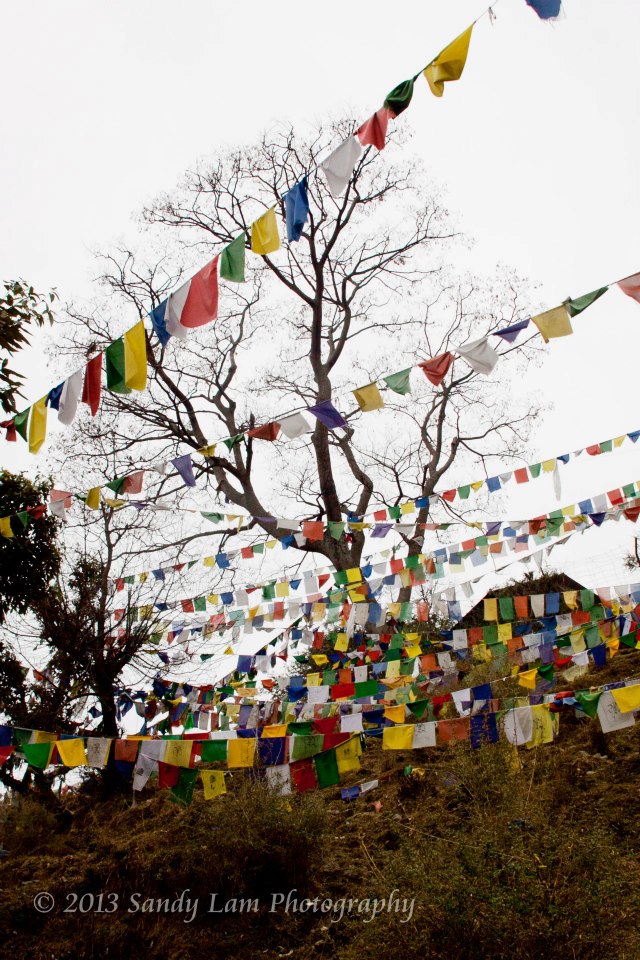 I enjoyed the walk, the beautiful assortment of prayer flags hung around everywhere. It was a peaceful and enchanting temple. Not to mention a bit of a hike at the end! When we came around a corner with a tall cement wall, topped with some rather large fencing, Tsomo told me that the Dalai Lama’s house was right above. It was an interesting moment for me, just knowing that I was in close proximity to him gave me some internal peace. 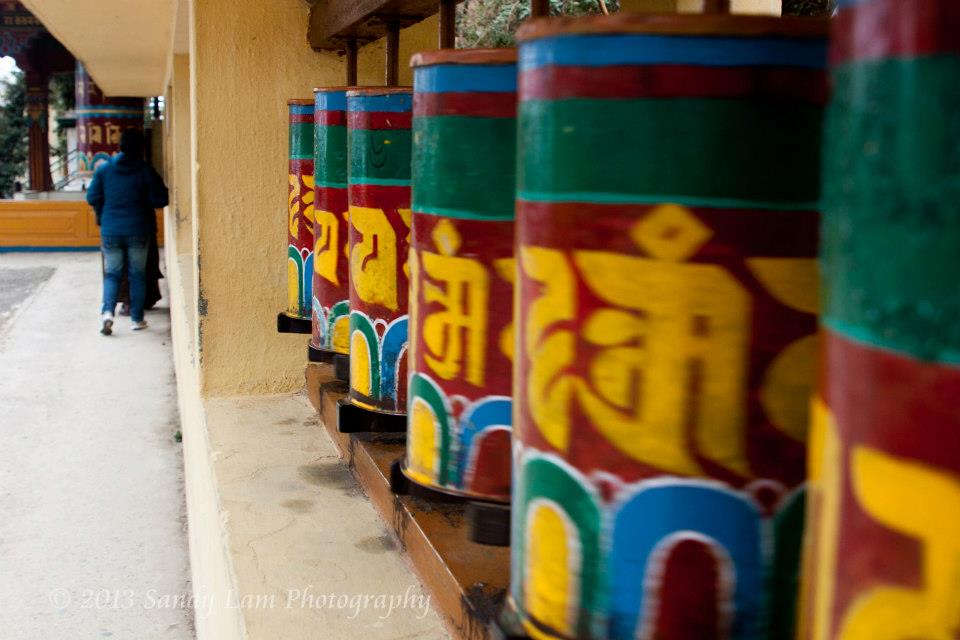 I wouldn’t call myself a Buddhist by any means, but my parents are Buddhists and I was raised going to temples, and every Chinese New Year my mom and I volunteer at a temple to prepare foods for the day. I would say that I am strongly spiritual in many ways and enjoy learning about different religions. However, without having done any in-depth studying of any particular religion, I can’t really bind myself to a single one. Anyway – that is a whole other type of blog entry for another day.

Tsomo and Domchay said special prayers and touched their heads to the wall at the foot of His Holiness’s home. I watched and reflected on how strongly they must’ve felt in that moment. It touched my heart. I was pretty disappointed that I wouldn’t be able to see a public teaching, but just knowing the Dalai Lama was in town was good enough for me.

A couple days later, Tsomo came up with an idea. She suggested that I go to the temple to receive a Tibetan name. I didn’t understand this at first, and felt a bit strange as I already had a Chinese name that I was given the same time I was given my legal American name. Lucky for me, my new friend Justin (who is American but speaks Tibetan) explained the background and reason for the suggestion. Sometimes, Tibetan refugees come to the temple when they first arrive in McLeod Ganj to receive a new name from His Holiness. This allows them to be “reborn” in a way, or start a new life. Every month, a list of Tibetan names are produced and printed on cards. His Holiness then goes and blesses the cards through ritual and prayer, sending positive prayers with the new names. Tsomo figured that since I couldn’t see His Holiness, this would be the next best thing, and that way I could take some of their culture with me.

So the morning I left town, Tsomo, Justin, and I went to the temple and I received a new name. The process was less theatrical or spiritual than I thought it would be. We went into an office that reminded me of more or less a fancy department of licensing. The flat screen computers in the middle of this spiritual temple threw me off a bit. Once Tsomo explained to the man behind the desk what we were there for, he reached into the drawer next to him, ruffled through some cards and pulled one out with a name. I don’t know what I was expecting to happen, but certainly not something as modernly sterile as that. But as the man began to explain everything to me, I started to forget a feeling of awe. 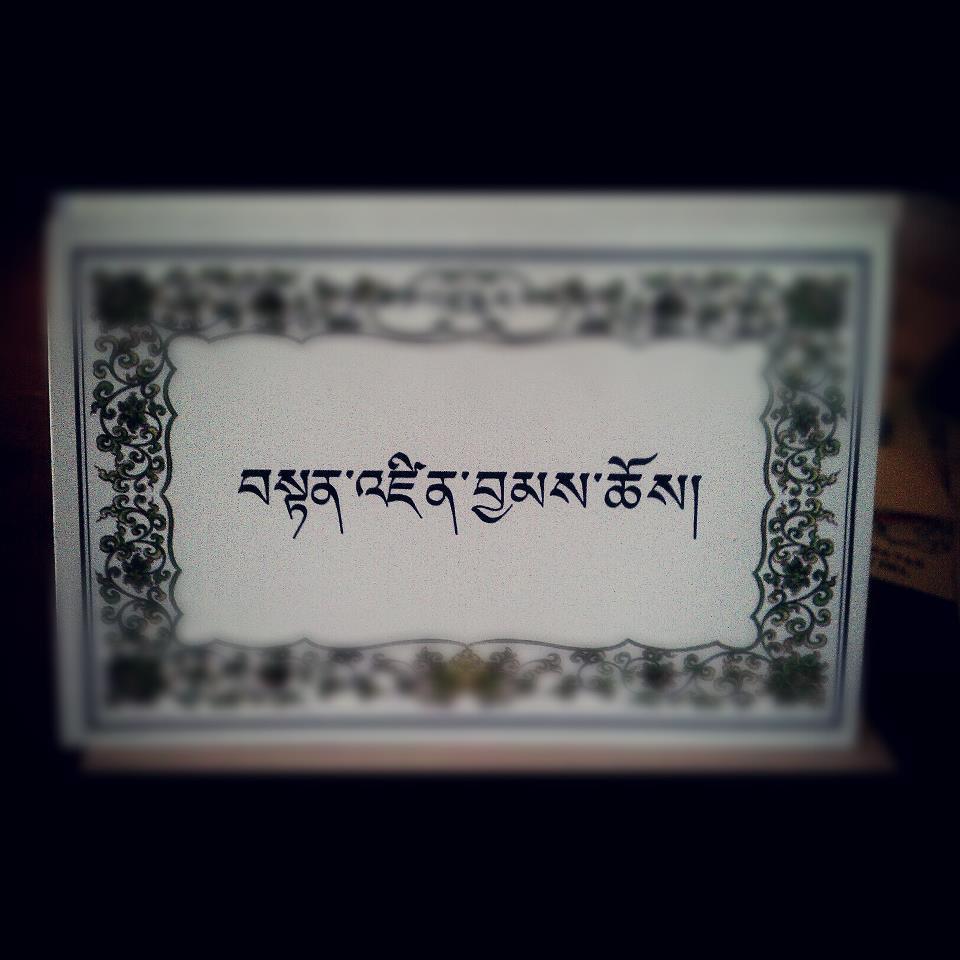 Tenzin Chom-Chu. His Holiness’s name is Tenzin so all of the names always begin with Tenzin. Translated, Chom means calm and Chu means religion or spirit. Tsomo and Justin awed at my given name telling me it was really special and unique. I made a donation to the temple and added each member of my family to the donation slip. In return I received Mani Pills, which are herbal pills made and blessed by the monks at the Dalai Lama’s monastery. They are taken to ward off sickness and considered important in Tibetan exile health. They are considered precious and highly valued among Tibetans. I read somewhere one pill could be worth a horse in Tibet. So I received a packet of these precious pills and a red blessing string, one for each member of my family. 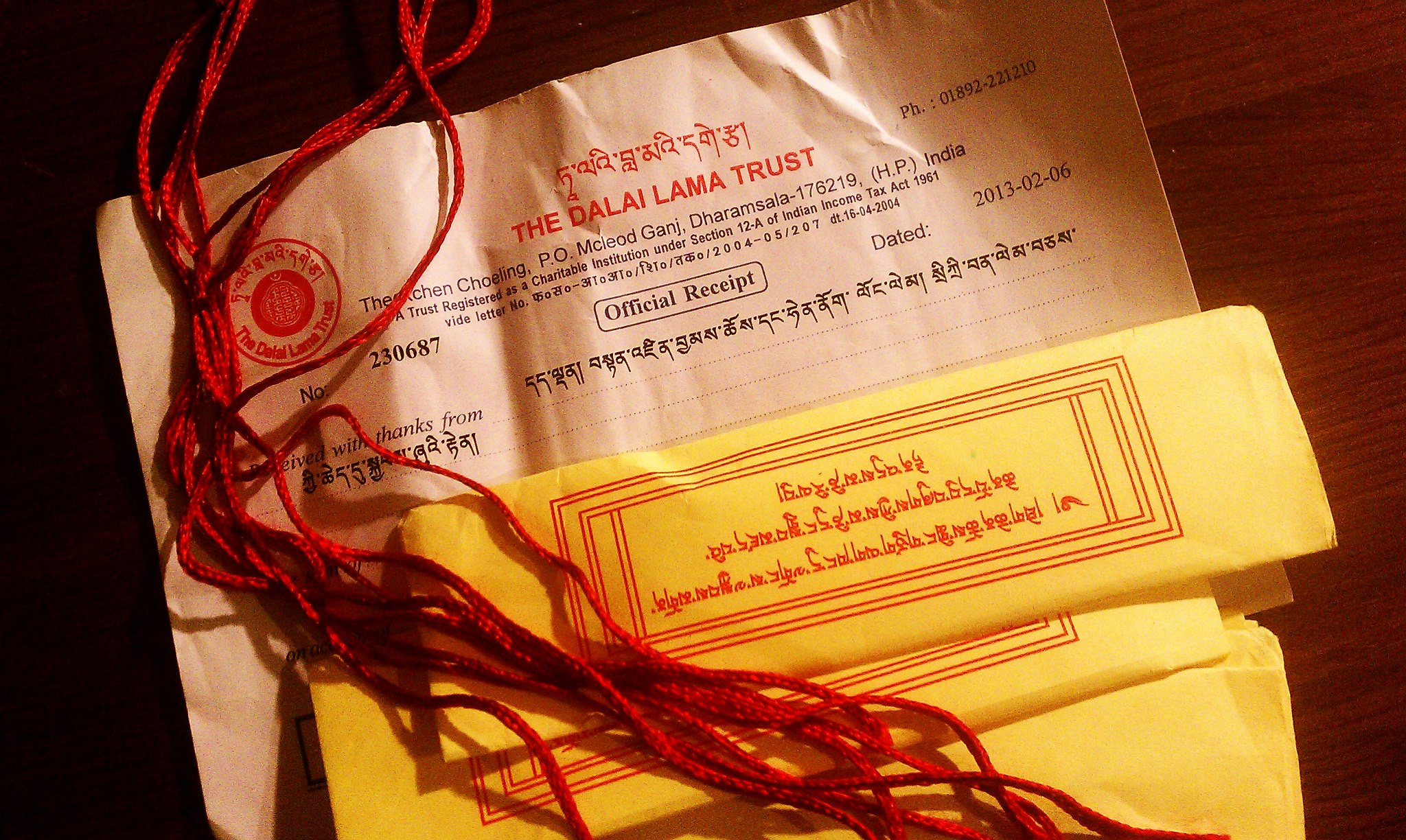 While I didn’t really (and probably still don’t) fully understand the gravity of everything I was experiencing, it still was an incredible moment. As I walked away from the monastery reciting/learning how to actually say my new name, I felt like everything I had experienced in India was building up to this moment. It allowed me to breath freely and I felt like this was my moment to realize that my life was about to take a completely different direction than I ever dreamed it would. I knew that the emotional and spiritual roller coaster I had been on was about to come to a clearing and I could see a way home. I felt inspired, elated, free, and honest. The way I saw myself interacting with people changed. I knew that once I left this place, I wouldn’t be going back to “normal life”. Something inside me changed. And it is yet to be seen what will come of it.