Nothing makes me feel more at home than a weekend at the beach. A cold, grey, windy beach. Chris and I decided a small getaway my first weekend in England because we both could use some time in the sand and do some exploration. The last time we were on a beach together was three years ago in Oregon! 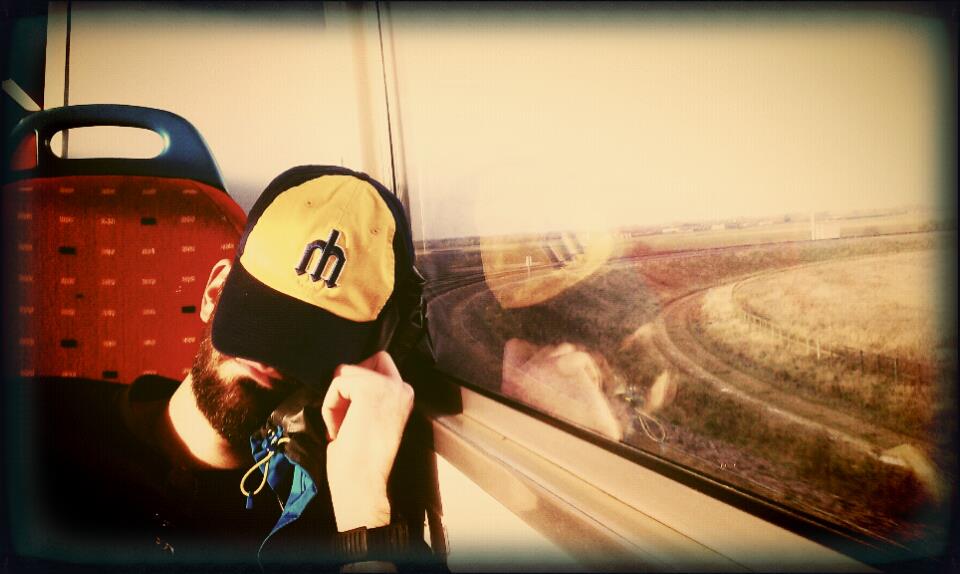 Even my British friends (ok by friends I really just mean Tim) scoffed when I mentioned Skegness. Chris introduced it as a place similar to Ocean Shores. And that was good enough for me. I am and always will be a water girl. Just the sight of it rejuvenates my soul. Swimming in it sets my soul free. The town was small and quiet as the last week of summer hustle and bustle had just passed. It was like we arrived to the party after everyone was gone and all we were left with was some partially used party favors tied with the bitter cold and wind. Many of the town’s traditional attractions had already packed up and left, but the lights decorating the boardwalk and small carnival rides still twinkled at night.

We arrived at Skegness just as the sun set (it’s ridiculous how the sun is completely gone by 4 p.m. here). By the time we were situated at our B&B (was a bit far off the beaten path for that time of year…we probably could have found something closer for a similar price…but in the summer would probably be fine), stepping outside felt like ten o’clock at night. 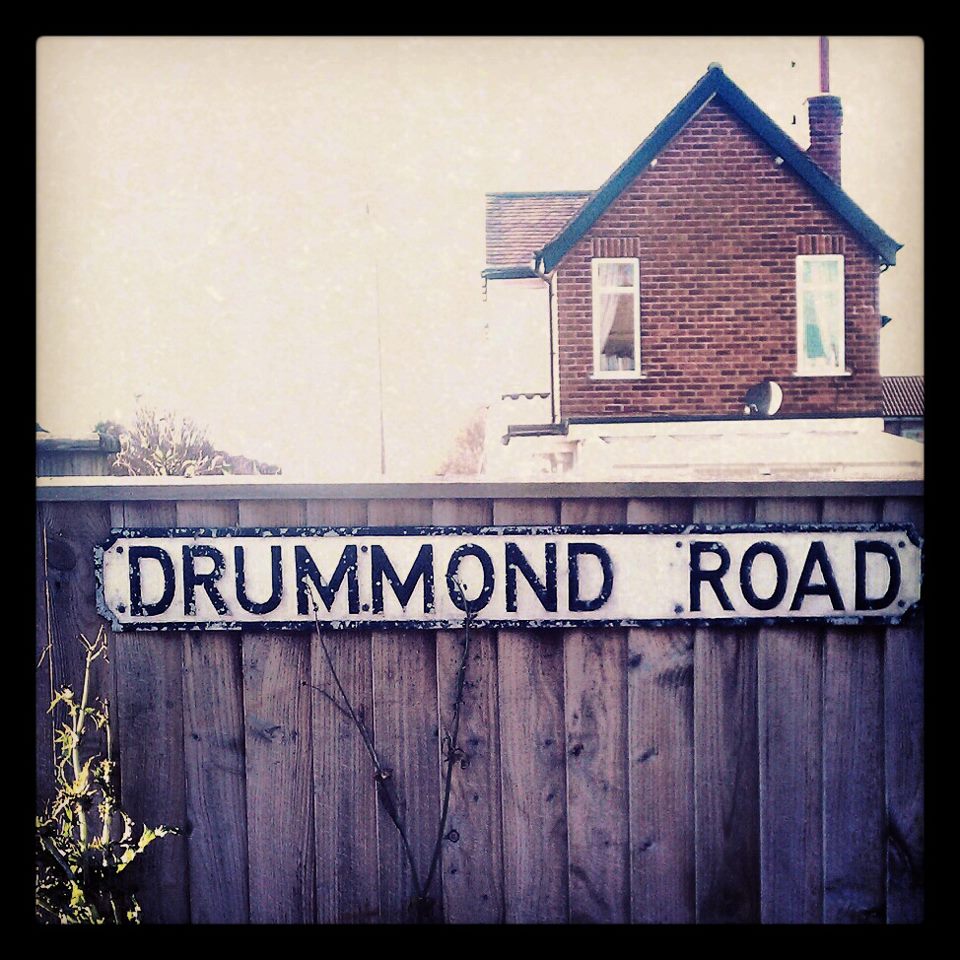 We decided to try an Indian restaurant called The Ghandi for dinner. It was recommended to us by some guys at a bike shop we stopped by at earlier. They say its the best Indian food in town, and there wasn’t really much within walking distance that would be worth our time and money. I won’t go into a full fledged review here, but I will say the food was QUITE spectacular (from an American perspective…British folk get spoiled by the widely available amazing Indian food around here), different from any Indian I’ve ever had in the states. And even though my lips constantly had a skim layer of grease around them, it was so worth it. I’m sure they cooked everything in butter. And while the food was exceptional, the service was not. It started off as overly posh (with a server pulling out the table for you and laying your napkin on your lap), it quickly disintegrated with forgetting our naan bread, our refills, and it took close to 30 minutes to get our check. After finally paying by walking up to the bar, we received mint chocolates with Ghandi’s face printed on them. It was at this point I decided there was something disturbing about the place and all I have to say is that you are better off ordering take out from here. 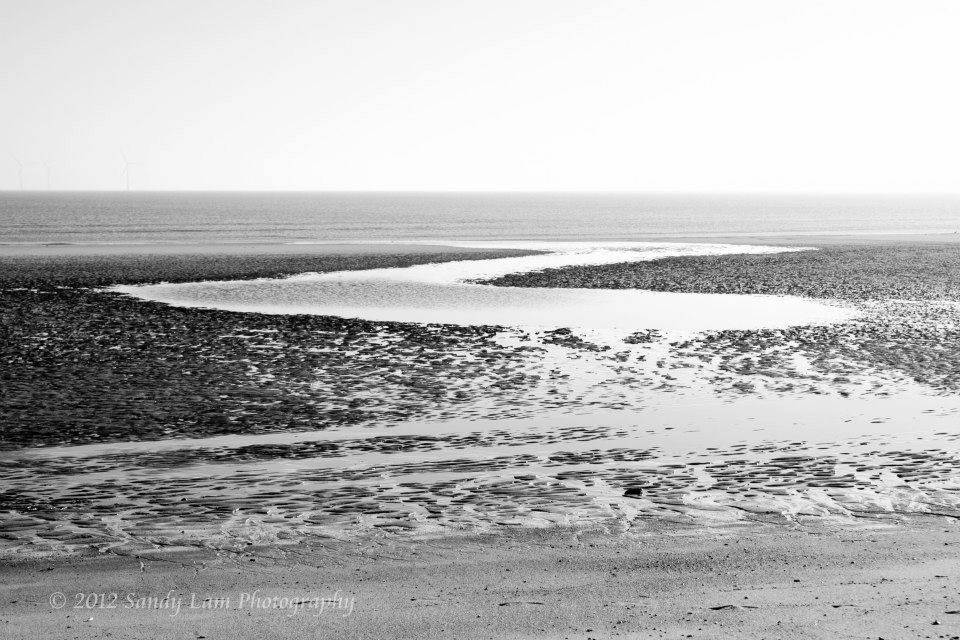 We lucked out the next morning with blue skies and sunshine as we walked up and down the beach. The warmth of the sun combined with the fresh air was a great feeling….but after a while you forget about the sun as the wind just takes over. We were prepared with a high-tech kite, but it wasn’t QUITE windy enough for that.

Still…it was hypnotizing to watch the modern windmills off in the distance out in the water. I’ve never seen anything like that before and a part of me made me feel like it seemed strangely artificial. It was eerie to see all the beach side cafes closed and abandoned, but it was a peaceful walk that I think we both appreciated. 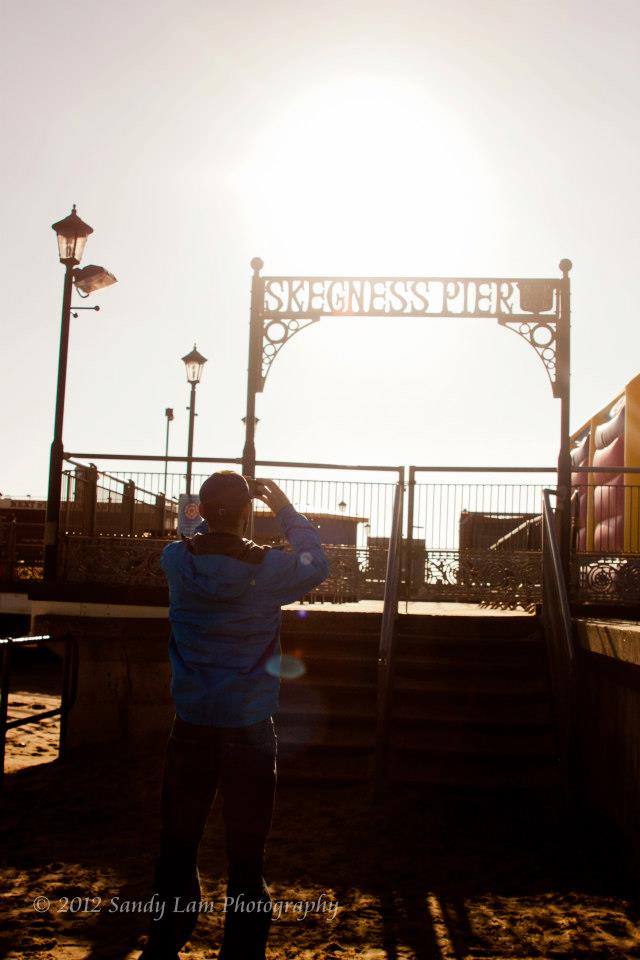 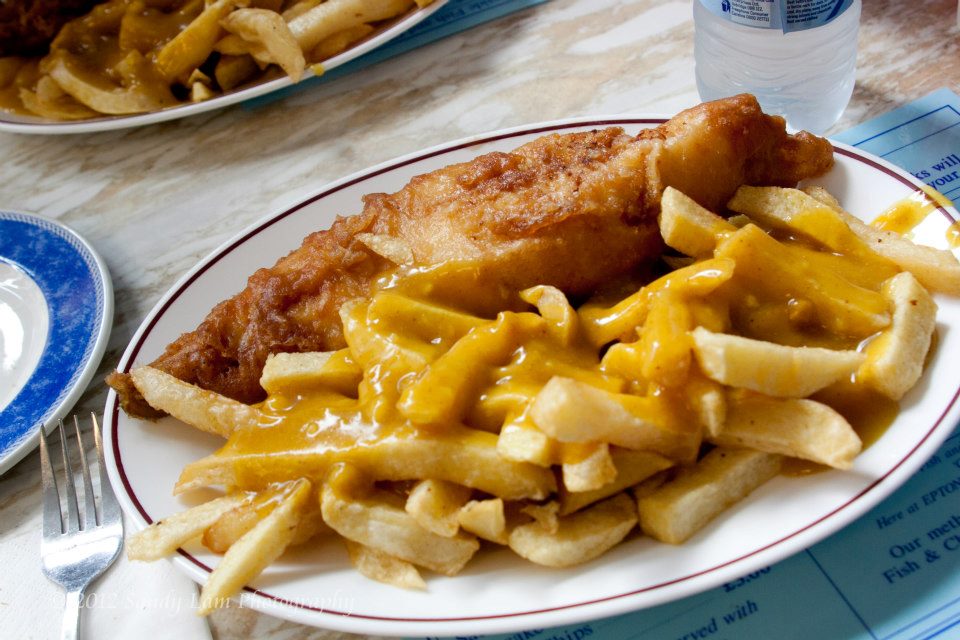 We spent less than 24 hours in Skegness, but I’m not sure if we really needed anymore. Satisfied and relaxed, we were ready to head back to Nottingham. with our laundry list of things to do. Back to life with schedules, obligations, and goals.