It seemed strange that after I had a sad goodbye with Alex, I ended up staying till the wee hours of the morning again after meeting a new guest, Julian (lives in Istanbul but orignally from Australia). Julian was a great refreshing taste of my friends back home. He is outdoorsy, wears flannel, has a big beard, and likes to drink tea and read books. Definitely someone I knew I would have a great time with.

We talked of many things and I mentioned I wanted to go to one of the Underground Cities, #1 because I heard they are amazing, and #2 I couldn’t think of any better way to keep cool during the hot day. He had been out hiking the whole day previously so doing something in cooler temperatures sounded swell to him as well. So we made plans to visit the Underground City of Derinkuyu. We decided to rent a scooter from my new friend Atila in the center of town. He claims I make the best Gozleme he’s ever had so he gave us a sweet deal on the rental. Only 30 Turkish Lira for 8 hours! Woot.

After some friendly banter in his office, we finally set out. I’m so glad we chose a shorter route than originally anticipated because we got terribly lost on the way. Lots of backtracking in Nevşehir. But nothing 3 or 4 stops for directions didn’t fix…haha. When we finally arrived in Derinkuyu, we could not WAIT to go underground. It was incredibly hot. Probably at least 40 celcius. The genius in me forgot to put her memory card into her camera, so unfrotunately you just get crappy phone pics for the underground city. 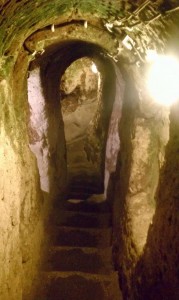 The Underground City was pretty amazing. 10,000 people lived underground in these tunnels if there was an attack above ground..I don’t know how long ago it was, but it must’ve been a long time ago. There were stables, cellars, graves, and even a church. Julian and I had a ball exploring the caverns and rooms. At one point we debated finding a quiet empty room and taking a nap, just because it was so refreshing.

After an hourish of exploration, we decided to plan the rest of our drive underneath a tree. There we met a couple (the man was from Poland, the woman from S. Korea), who were also staying in Goreme, and heading to Mustafapasa (our next stop). We chatted about the normal introductory things, where we are from, how long are we staying, what do we do, why are we here, etc. 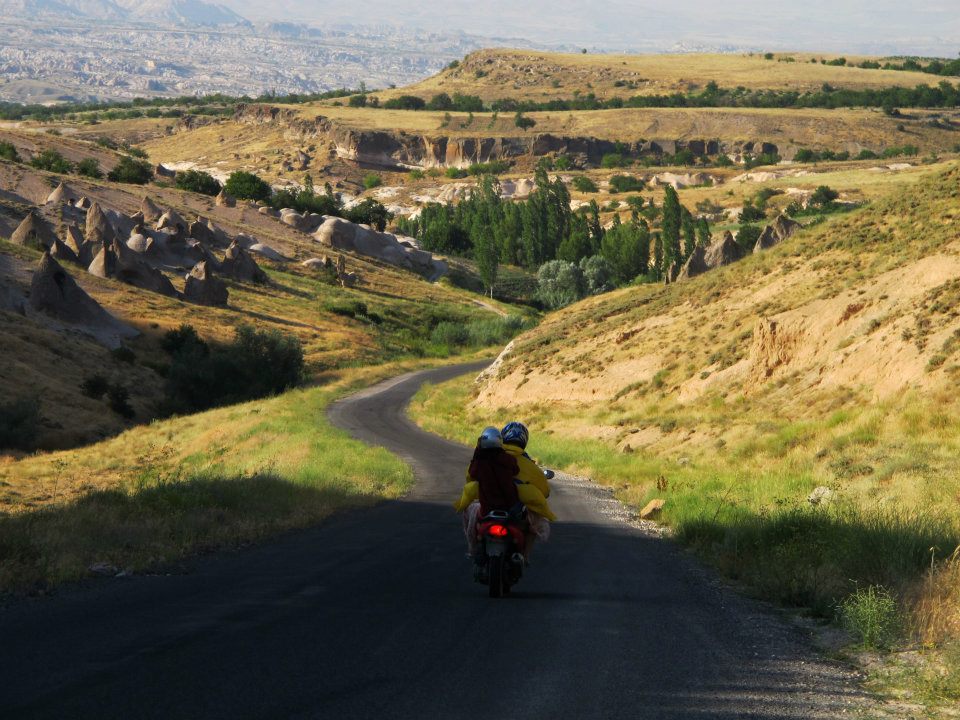 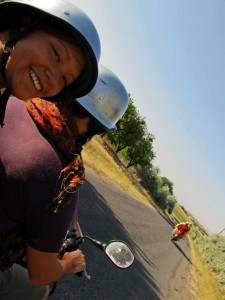 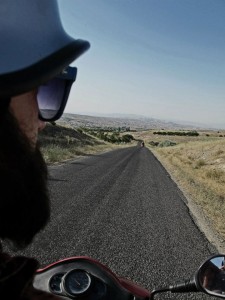 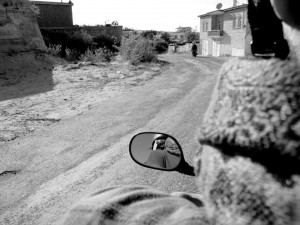 Heading towards Mustafapasa, was a little more difficult than we thought. We traveled on smaller roads, and with a poor map and lack of road signage, it was hard to navigate. 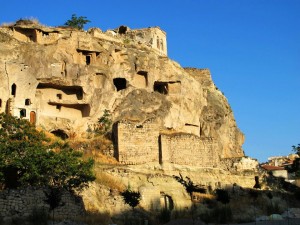 Eventually we were able to get a hold of some better directions from a Turkish man who spoke very good English. Turns out he was Australian too…what are the chances of running into him in the tiny tiny town of Mazi. Just as we started heading out of town, we ran into our new friends who were heading the wrong direction, so we told them to follow us. At this point, the drive was becomign quite scenic and I was commenting how I wished I had my camera. Turns out Julian had one so we stopped to pull it out. Good thing we did because when we caught up with our friends again, they had run out of gas. Luckily for them, Julian is a stupendous fella, flagged down some Turkish people, and heading off with one of them to grab some gas and brign it back. Since we were in the middle of nowhere it took quite a long time, but eventually we got them fueled up and headed out again.

Finally made it to Mustafpasa, which used to be an old Greek town. We thought it would be more abandoned and ruined than it actually was so we just drove around for a minute and headed back out. 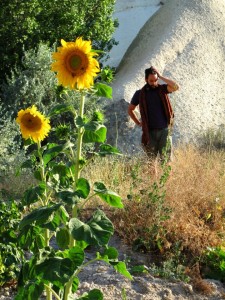 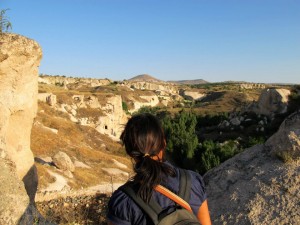 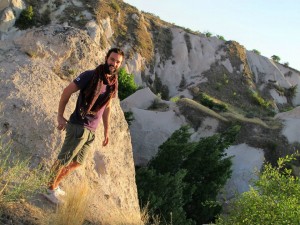 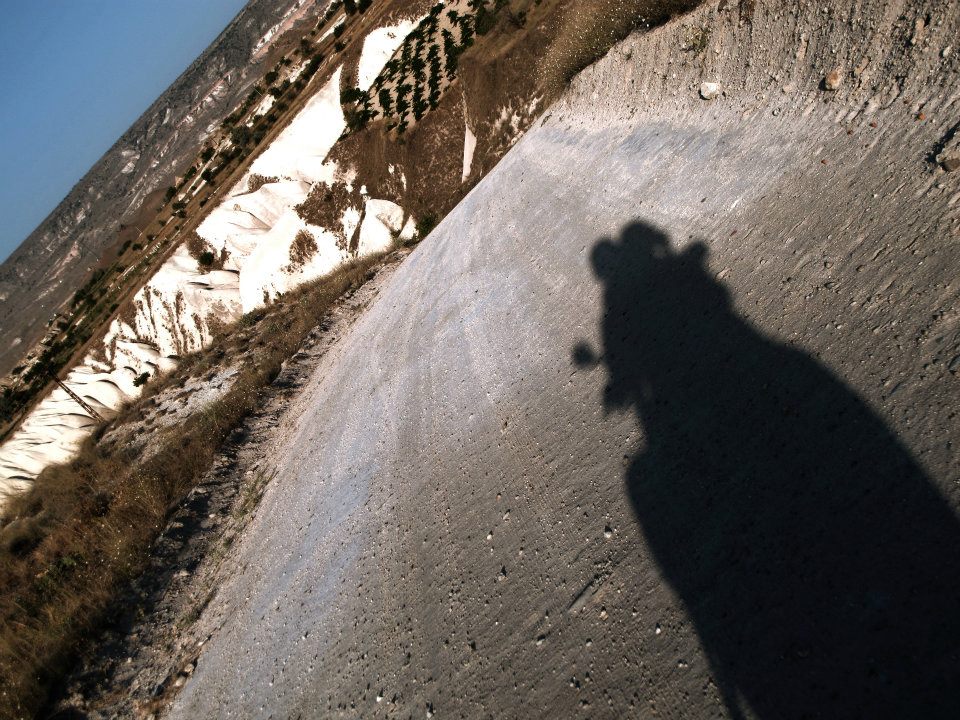 We stopped in Gomeda Valley for an incredibly peaceful view. It was a little hairy making to the next town, Urgup, our fuel gage was running pretty low, but we made it. 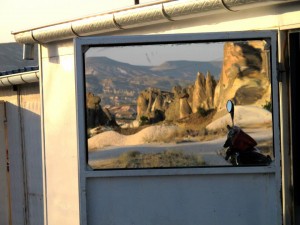 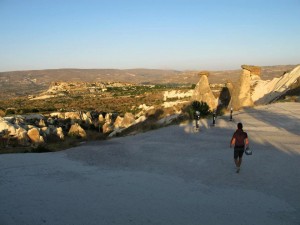 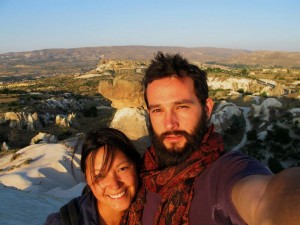 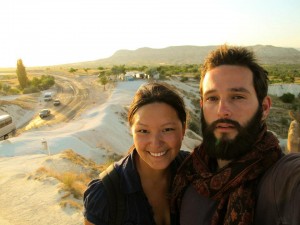 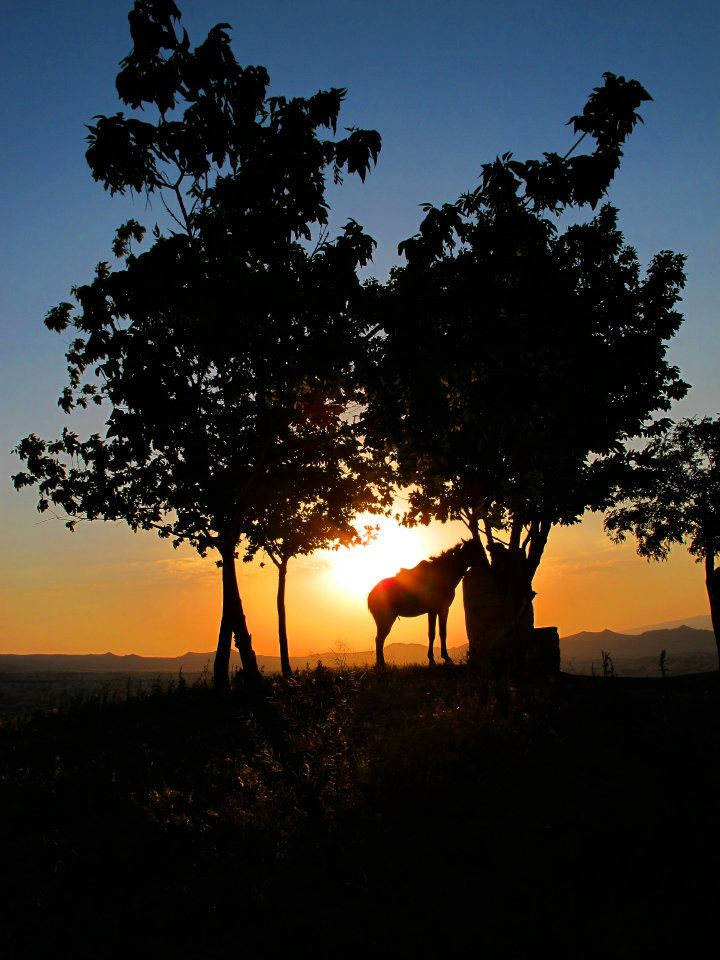 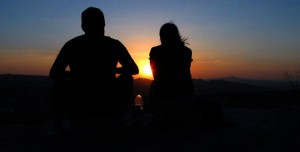 We made a couple sunset stops before heading back to Goreme. It was a beautiful way to close our scooter adventure, before stuffing our faces at Top Deck. 🙂 It’s been a while since I’ve been on a good adventure, and I am so glad I was able to spend it with a new friend.

Here’s to hoping we can make the Torres Mountains trek together next month. 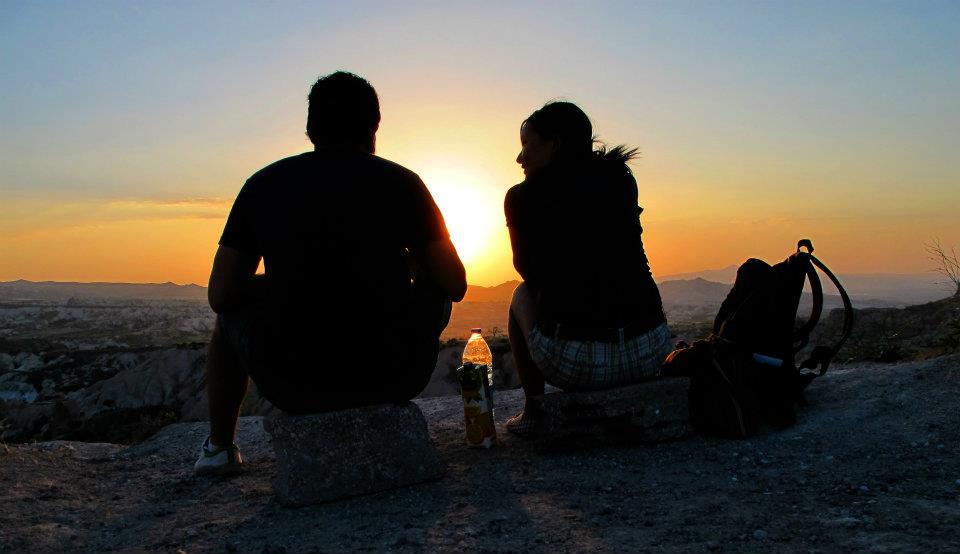