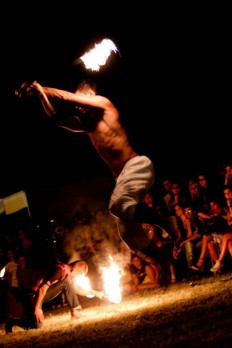 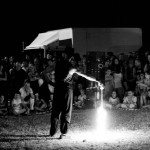 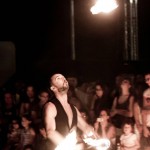 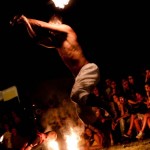 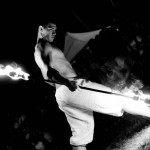 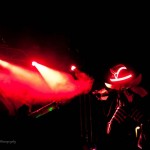 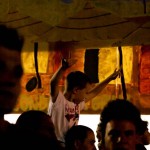 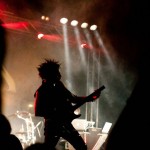 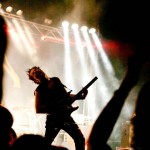 Sangria festival – man they really have festivals for EVERYTHING around here. Giovanni and I randomly discovered there was a sangria festival not too far from us, so we wandered down for some drinks and dinner. Located in between Jesi and Osima…the small festival was held in a town called Casenouve. Along the way we saw some pretty amazing hillsides of sunflowers. the sun was setting and the lighting was perfect We even saw a wedding couple with a photographer running around the fields. I wish we had stopped to take some photos, but oh well.

The festival was small (compared to the others I’ve been to), just a couple blocks of market stands one area for food 2 bars and a stage for music. The food was ok. Smoked toertellini sounded better than it actually tasted. The Sangria was delicious. White peach sangrias by the liter. 🙂 The opening act that evening was a dance group, who I’m sorry, were really terrible. I think their were great at presentation, but once the music came on, any hope for entertainment quickly diminished. I spotted one girl who seemed to be the only one with any dance background and in the end was introduced as their choreographer. Yikes.

After the left, the background music came back on and it was Dave Matthews. Definitely felt like summer at home with that playing. In our search for some water, we stumbled upon a gymnastics/fire dancing group just behind the giant stage. Finally some decent entertainment. It was an exciting opportunity for some great photos, and the dancers were great, I really enjoyed them.

Unfortunately when they finished and we went back to check out who was playing on stage… the supposed “funk” band was on. I’m not sure why italians think 80s pop cover band = funk, but apparently the guy at the bar did. A band called Oxxxa. I’m sorry they were quite terrible. One of the guy’s accent was so strong when he was singing the American songs, I felt like I was at a bad karoke night. We stayed to watch anyway because it was fun to see everyone else having a good time. But then….this REALLY strange alien guy came out on stilts and lasers, and thats when I said, “Ok…this is just too much.” I couldn’t really quite stand it. Here’s a videos I found on youtube of the band. This is one of the better performances…this guy wasn’t so bad. The guy in the white jacket though…

After we laughed and couldn’t stand the over the top performance of the band, we went home. It was a perfect way to spend the evening filled with some great laughs.