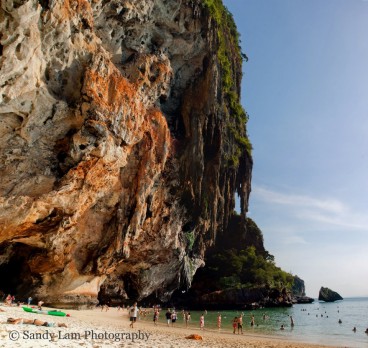 Railey vs Railay, vs Rai Leh, however you spell it, just pronounce it Ray-Lay Beach. I’ve seen it spelled quite a few different ways with the phonetic translations of Thai so I’m just going to Railay. Railey and Phrang Nga Cove are only accessible by boat. The closest pier from Krabi that would take me there was located in Ao Nang, about a 30 minute mini bus ride away for only 50 baht. Once arriving in Ao Nang, I perused the markets before meeting up with a lovely lady friend of mine from home, Alicia. Life is a funny, unexpected, beautiful series of events you know? But Alicia is one special lady, that I am so happy to call her my friend. She also told me she had big news for me, and I was certain it was an engagement ring, but she said it wasn’t. What I wasn’t expecting was her to tell me she is pregnant! Joyful and exciting for her, we had much to catch up on…we thought about doing materinity pics but she’s only 5 months pregnant so not quite there yet. So maybe hopefully I’ll be able to make it home before she is due. 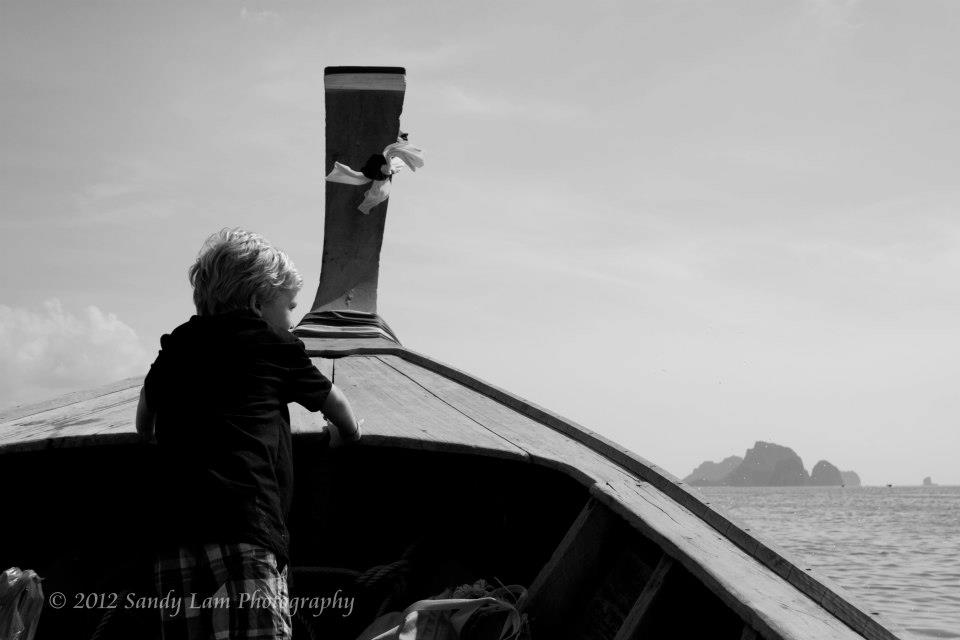 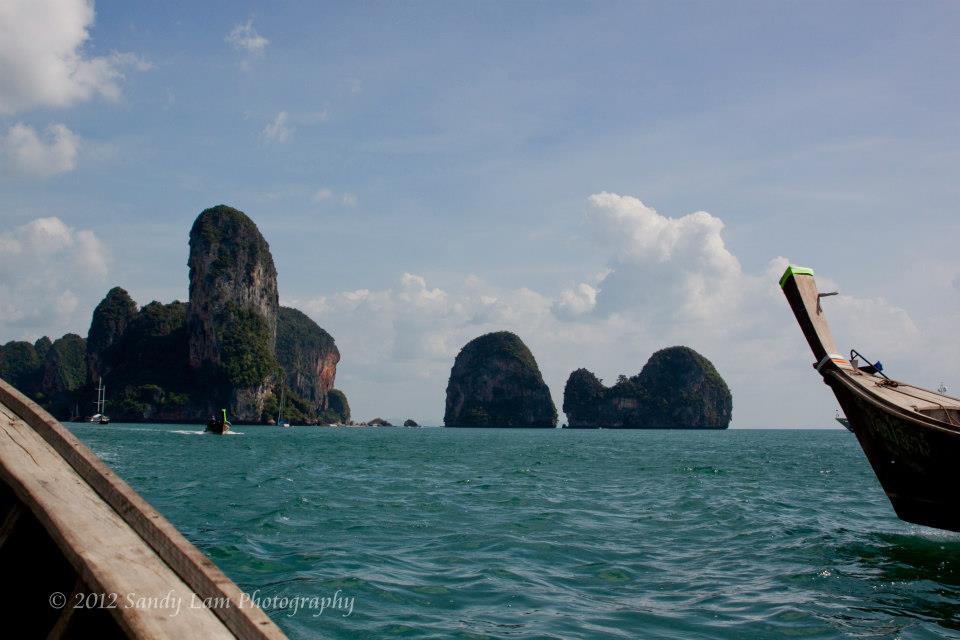 After a long series of catch up, we caught a longtail boat to Railay Beach. The boat ride itself was good enough for me. The views were fantastic…passing Tonsai Beach (backpacker heaven) and arriving in Railey, I found it soothing, and much more what I had in mind when I was thinking about beaches in Thailand. The steep limestone rocks surround the cove, this place is rock climbing heaven. I thought I would have a crack at the climbing, but it wasn’t in the cards sadly (as I later ended up cutting my toe 🙁 ). 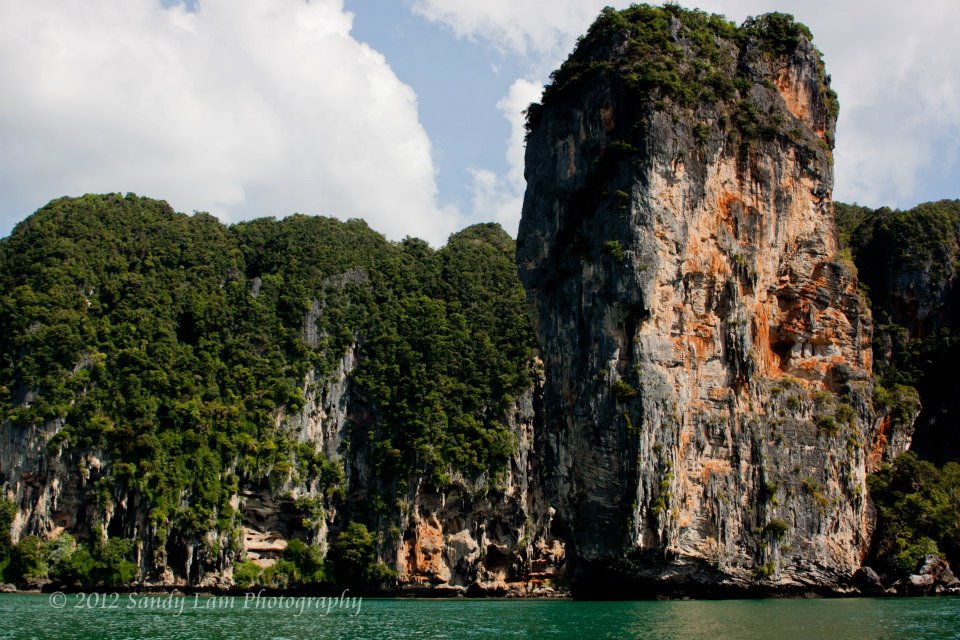 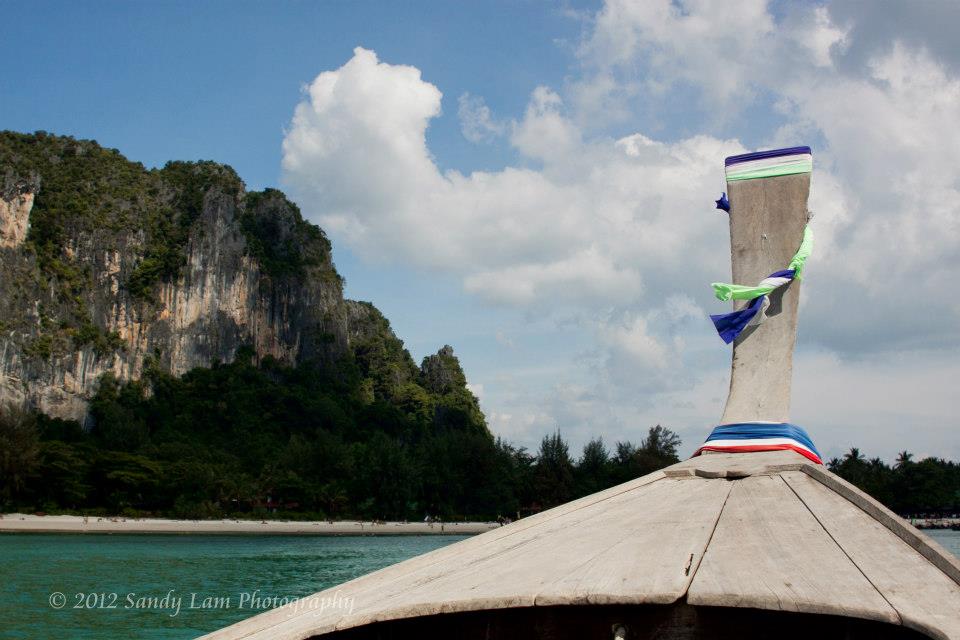 Alicia’s boyfriend’s family (who we were with) has spent the last 20 years coming to Railay beach as a family vacation, so they knew all the places to go. After walking through a uniquely paved walkway with twisted tree roots around caves on one side and a bamboo fence on the other, I just knew something good was waiting for us on the other side. Either that or the dancing monkeys surrounding us were putting a spell on me. 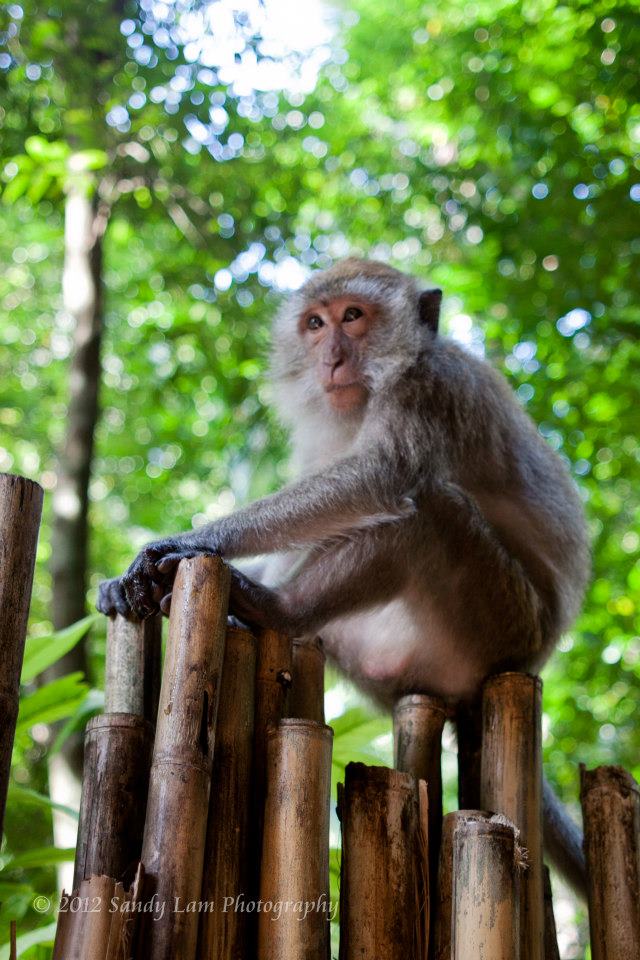 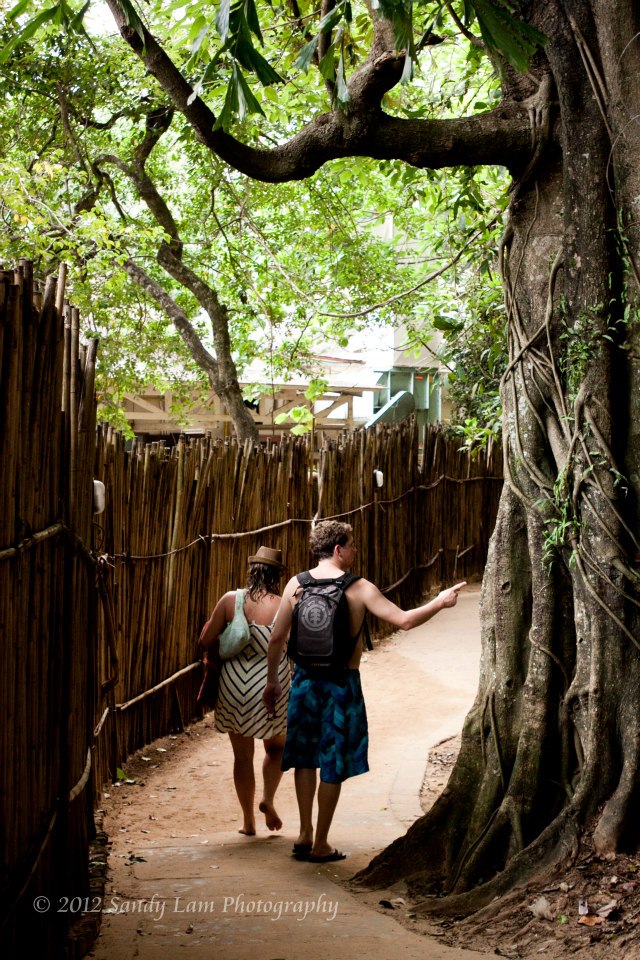 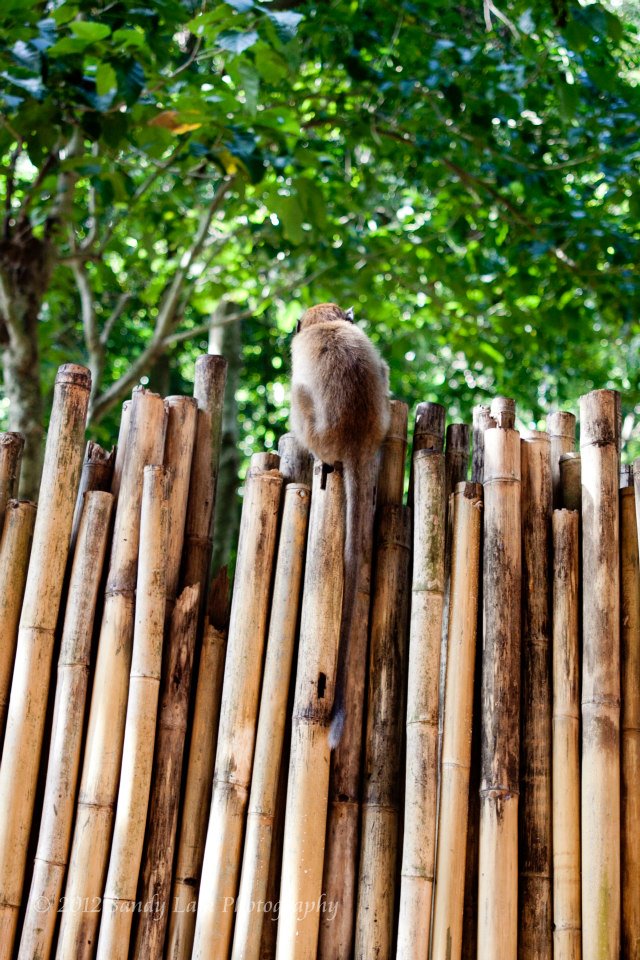 Once we finally arrived to the opening of Phrang Nang Cove Bay, it was hard to keep my jaw dropped. For a secluded hot spot in Thailand in the height of tourist season, I hardly found the beaches that crowded. The shady areas were a little hard to come by, but compared to the awful sardined Italian beaches I was used to, this was heaven. The limestone caves made for great exploration and the tide was even low enough you could walk out to the nearby islands. 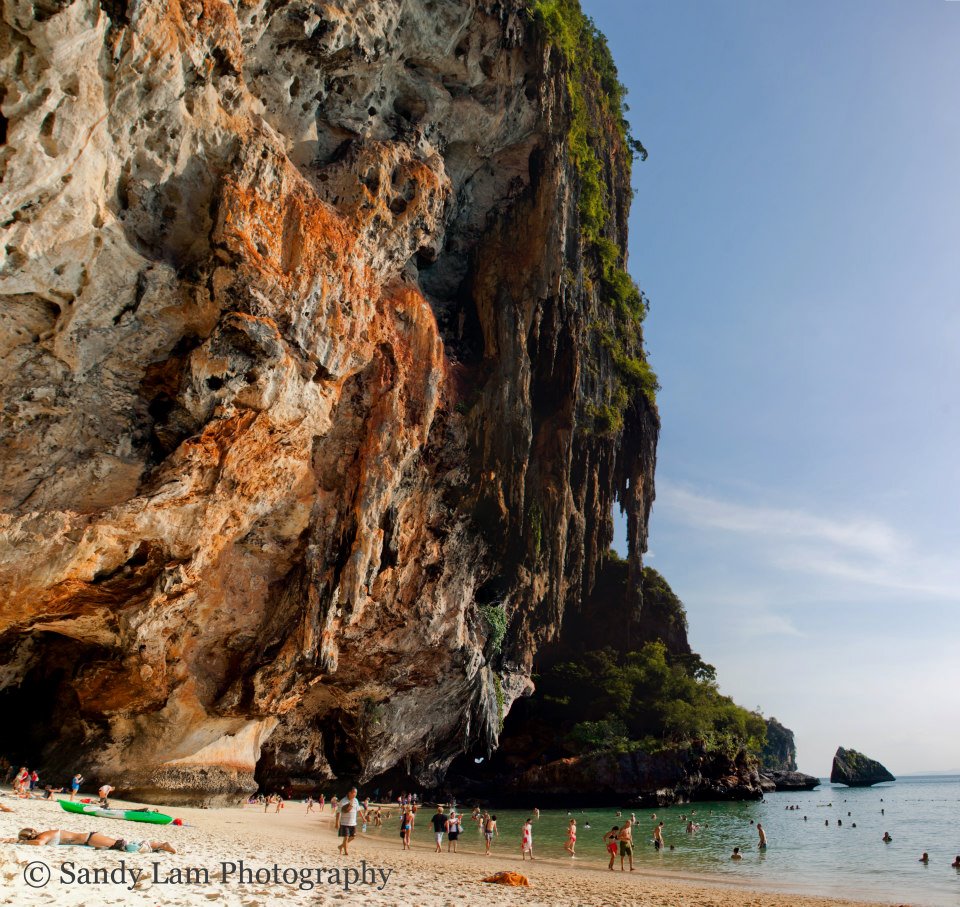 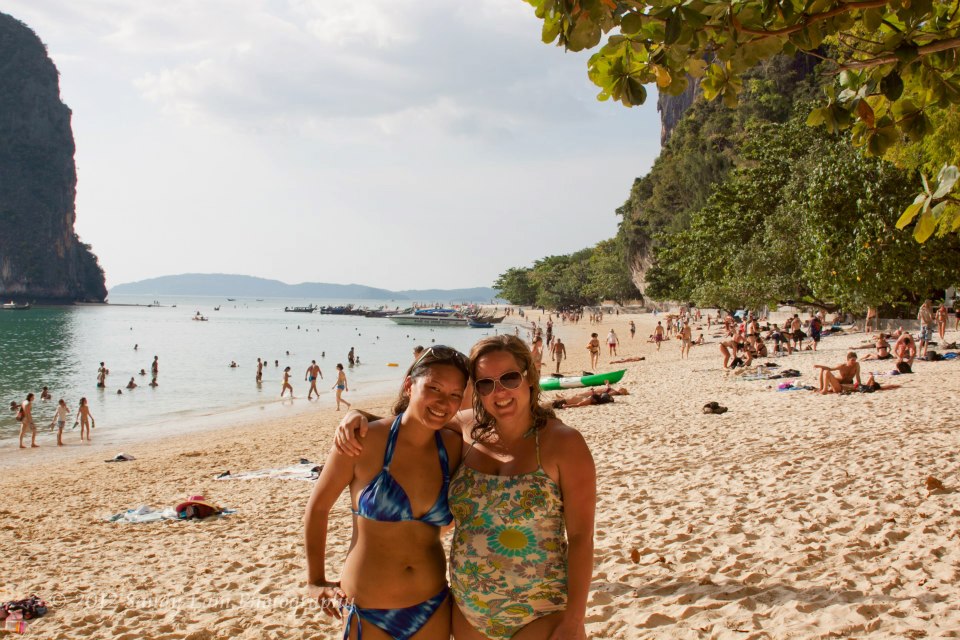 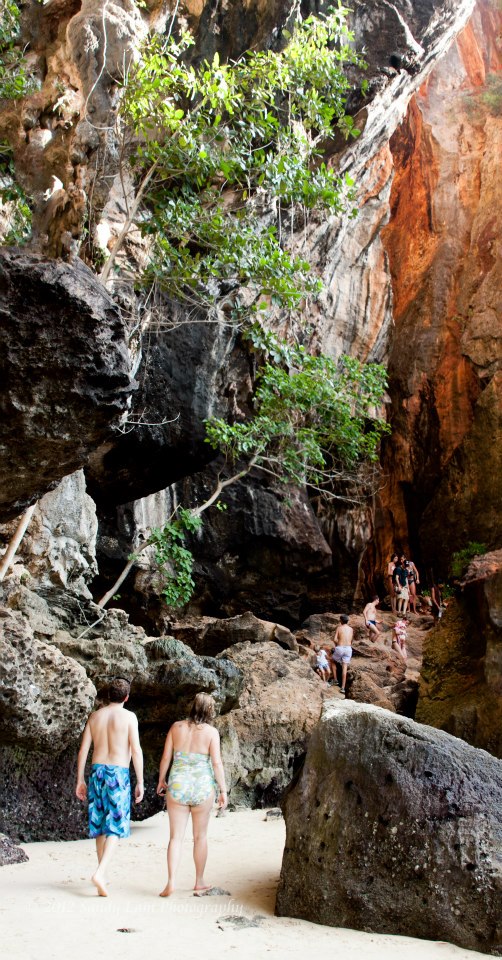 After some good swim time in the perfectly cool aqua green waters (which was cut short when I cut my toe), we enjoyed some fruit shakes from the nearby longtail market boat. I was expected to have to pay close to 100 baht for a fruit shake, for the pure convenience of the boat, and because Koh Samui was so ridiculously expensive, but I was pleasantly surprised to find it was only 40 baht. I regular if not cheaper price than what you would find anywhere else in Thailand. 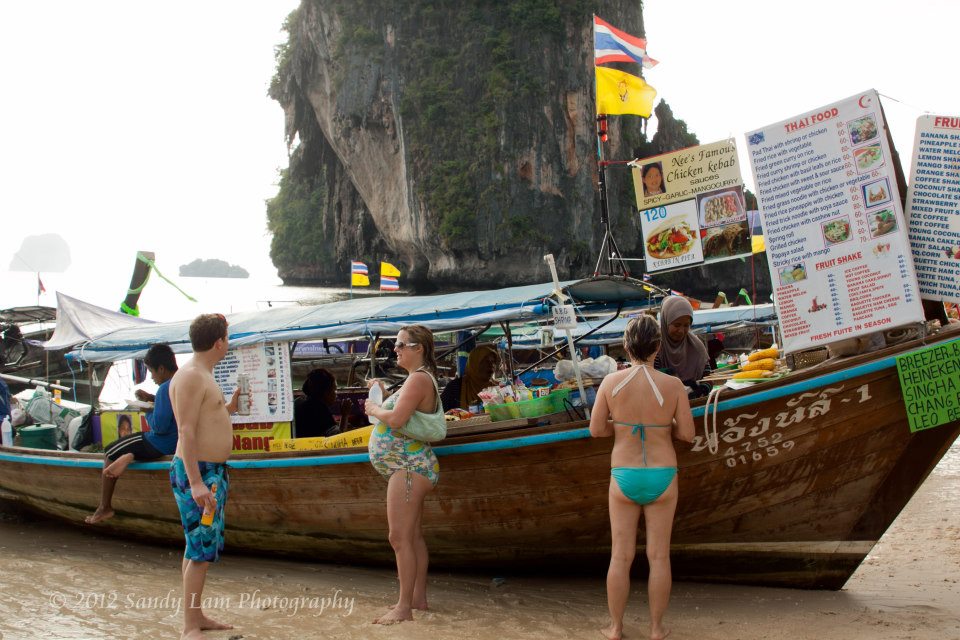 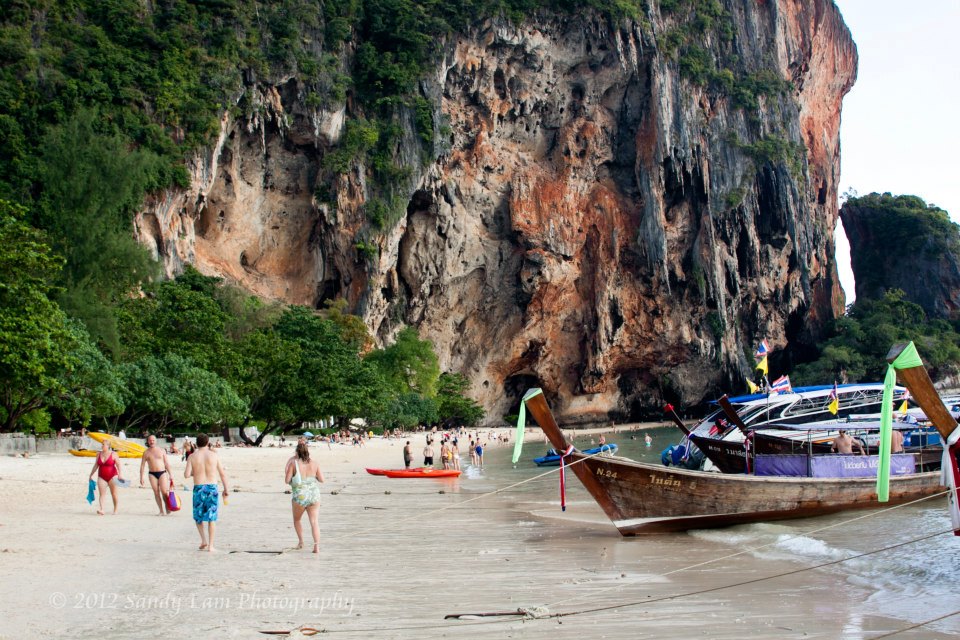 The shake was refreshing as I tried to clean out my toe. It seemed to be an odd thing to happen considered how smooth the beach was and even in the water, the sands were perfectly smooth. Of course it doesn’t surprise me I would cut myself on the one possible sharp object in the water. We’re not sure what it was, possibly coral, but who knows. 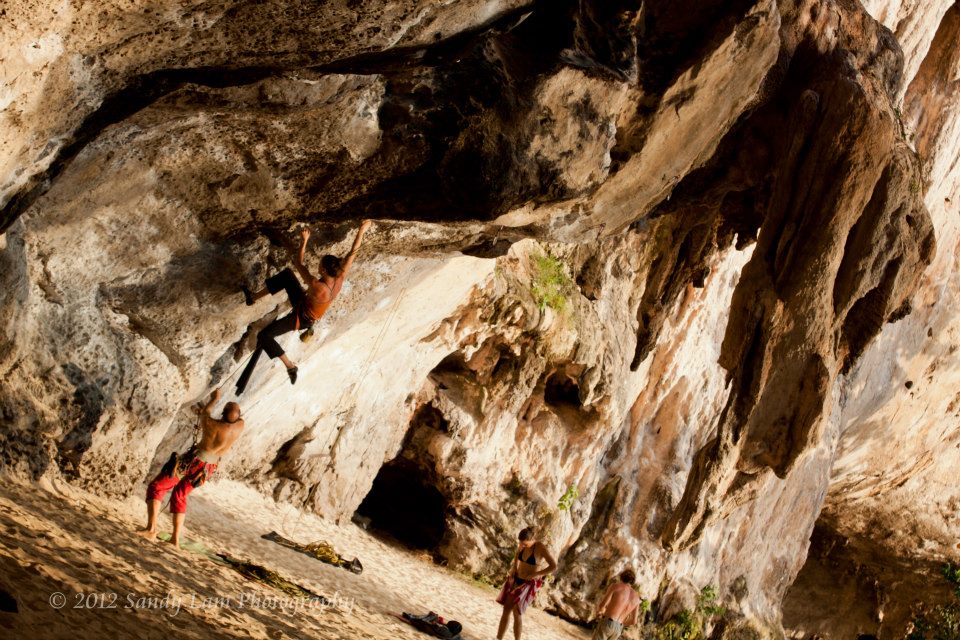 Phrang Nang has been rated 25th of the top 50 beaches in the world according to a 2011 CNN Travel article. Or #1 of the top 10 beaches according to another article. For this Pacific Northwest girl who is used to dark, windy, cloudy, grey beaches, I easily rank this at the best beach I’ve been to. It has everything, relaxation, adventure, and despite being on a mainland peninsula, you feel as if you’re on your own remote island. I had hope to come back, in the next coming days for some climbing, but I couldn’t make it happen for various reasons. 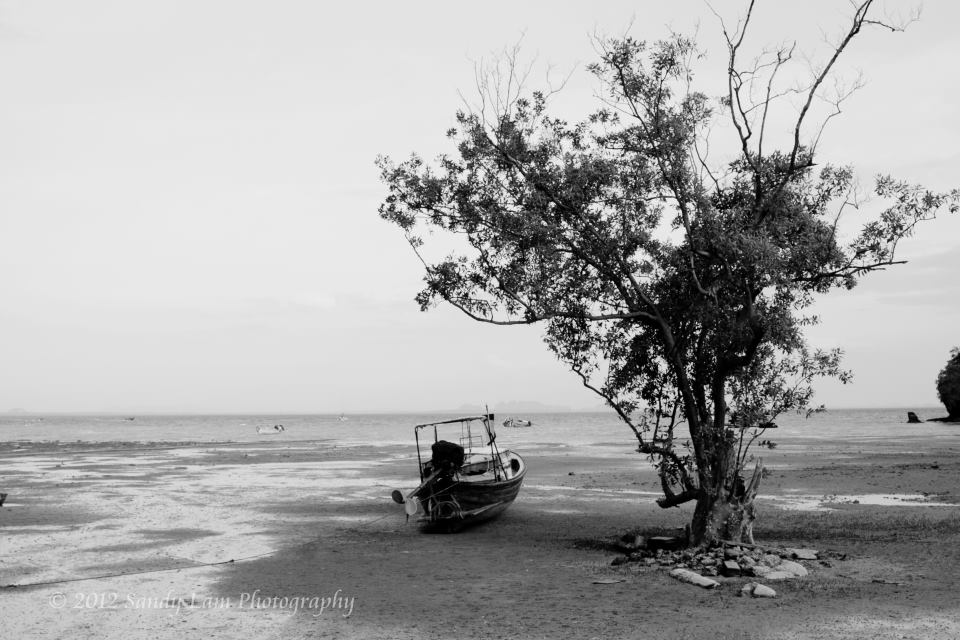 To top off our day, we enjoyed the sunset at Railay Beach, but not before snapping a few cute couple photos. I couldn’t resist. 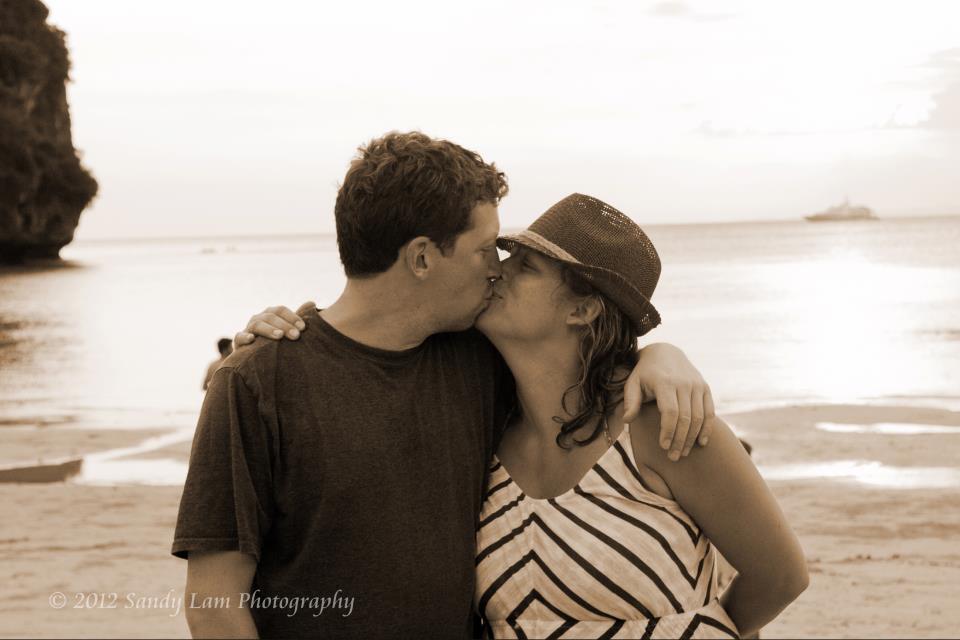 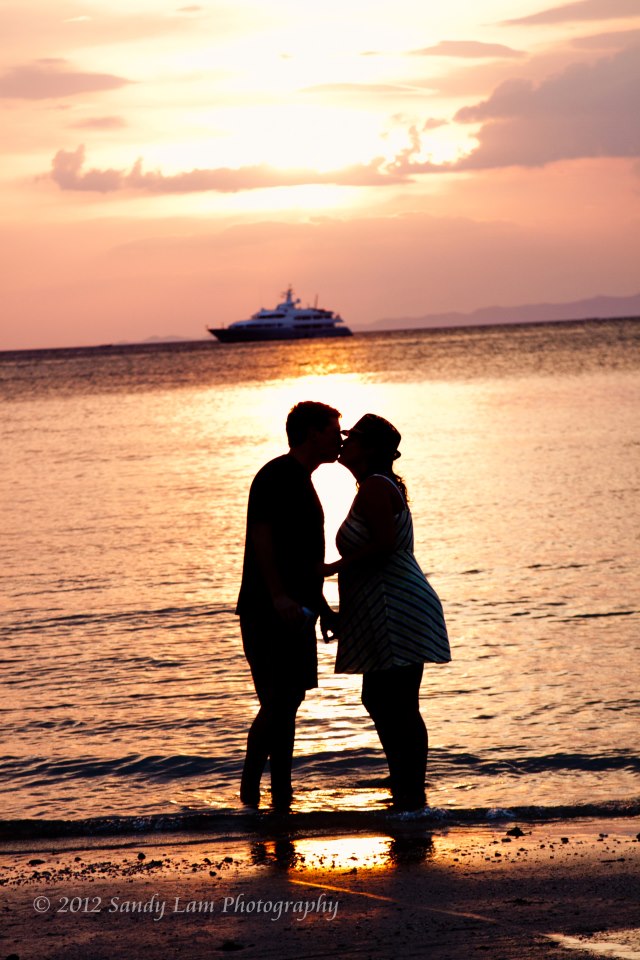 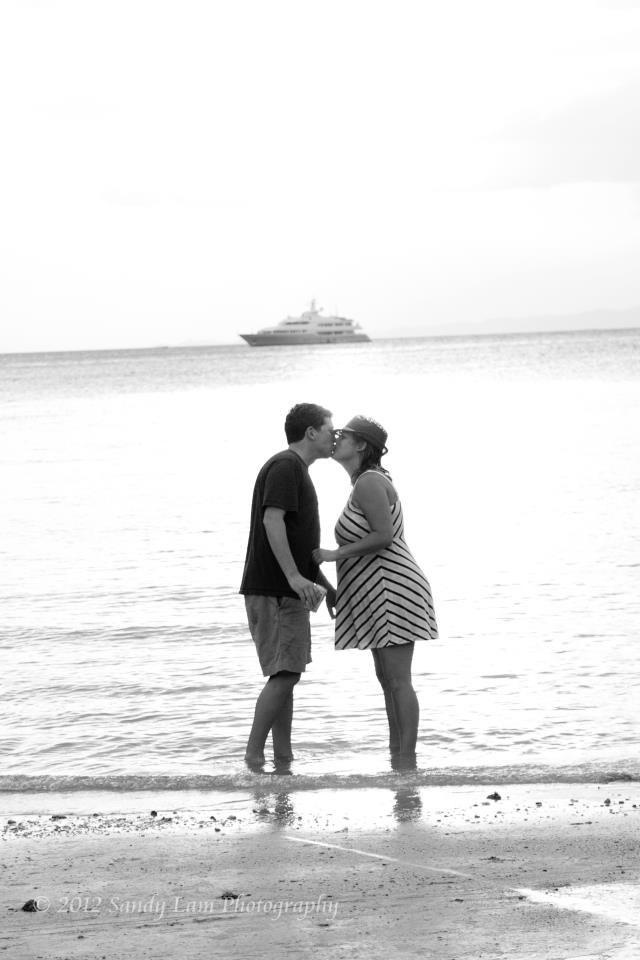 Thanks to Alicia and Derek’s family for taking me in for the day and showing me the ropes!