How Not to Move a Piano 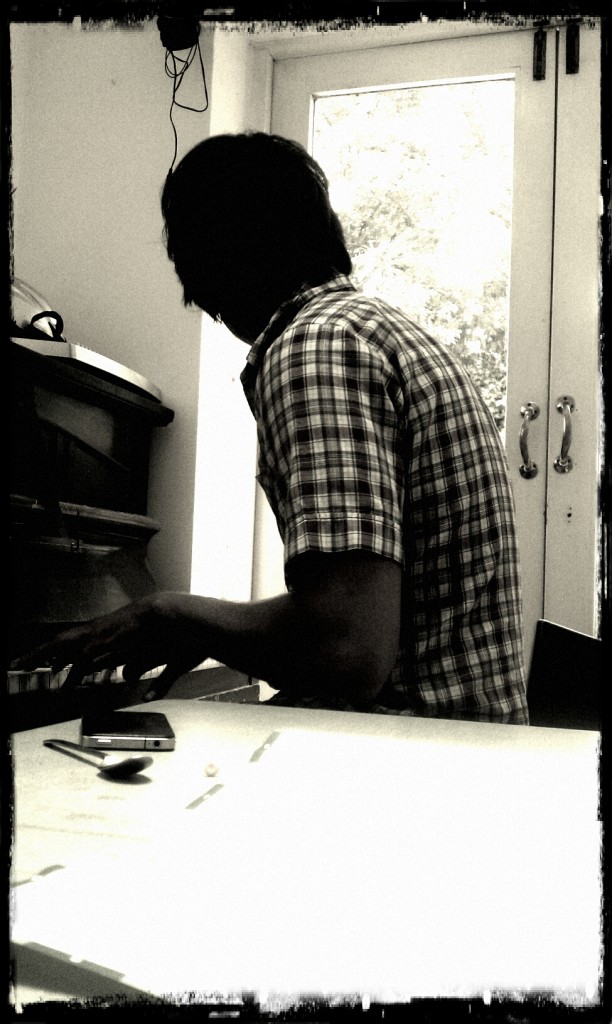 Since Tim was busy with the chaos of moving while I was in town, it only seemed natural that I offer to help on moving day. What I wasn’t expecting was to move an upright piano up a flight of stairs that included a sharp corner…Needless to say, it was a disaster. Why Tim ever thought the four of us (including two girls and yes I’m being sexist) could move this piano is beyond me. But it’s a memory worth documenting.

When we failed to move a bed frame around the corner without having to take it apart, Tim finally faced the reality that even if we could magically push/lift the piano up the stairs, it would never go around the corner. But being as Tim could not part without his piano, and his new flatmates Ian and Vicki were looking forward to having a piano around the house, we concluded the next possible option was try to take the piano apart and move it in pieces.

This idea seemed a bit sketchy to me, but the intrigue of how this story would unfold only lead me to be supportive of the idea. We figured with Ian, the engineer, to watch over us, we stood some kind of chance. And it was a good thing we did.

It was also a good idea the guys had me around because as they started taking the piano apart, I started googling, “How to take apart an upright piano”. And this was the first thing that popped up:

“What are you doing this for? There are easier ways to find a bit of free firewood!

Seriously, though, for your own sake, let the tension of the strings down before interfering with the steel frame. The tensions in even a small upright can total about a ton – if you snap or loosen the frame when it’s under that load, you’ll know about it – or, more probably, you won’t.”

When I read this out loud to the guys, they immediately backed off. Upon further research, turns out the tension of the strings carry about two tons of weight. Before we proceeded any further I asked the guys what their version of 9-1-1 was in case something did happen and I needed to call.

The guys proceeded to spend the rest of their effort flinching everytime they brushed the strings. TIm’s solution for peace of mind was to place a sheet over the piano…I couldn’t stop laughing at that logic, but probably would’ve just used a bunch of pillows which probably doesn’t help either.

Screw by screw, piece by piece, the guys made their way to remove the front frame (where the keys are) of the piano from the board with the strings. We thought we might be nearly there until they got stuck on one last screw. Turns out the frame wasn’t really screwed up symmetrically, and one side needed a power tool (which we didn’t have) to get the screw out. 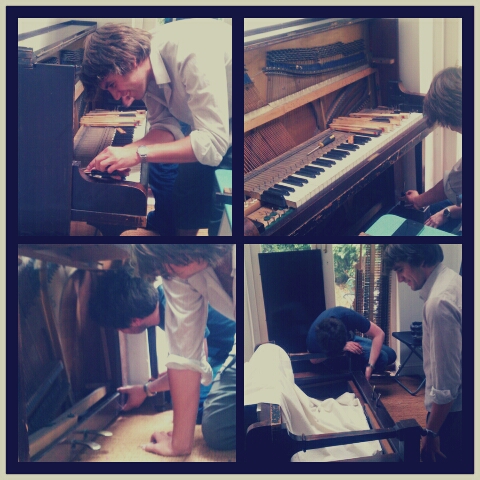 Inevitably, the guys admitted defeat after about an hour at the task. It was a terrible defeat and as soon as Tim finally consented to the defeat, I felt an overwhelming sadness. Despite my ridicule, I actually kind of thought in the back of my mind that it would all work out. I didn’t really think about what we would do if we had to leave it behind. Tim loves his piano and I couldn’t imagine how he felt knowing he had to leave it behind. His morning ritual was now completely changed. 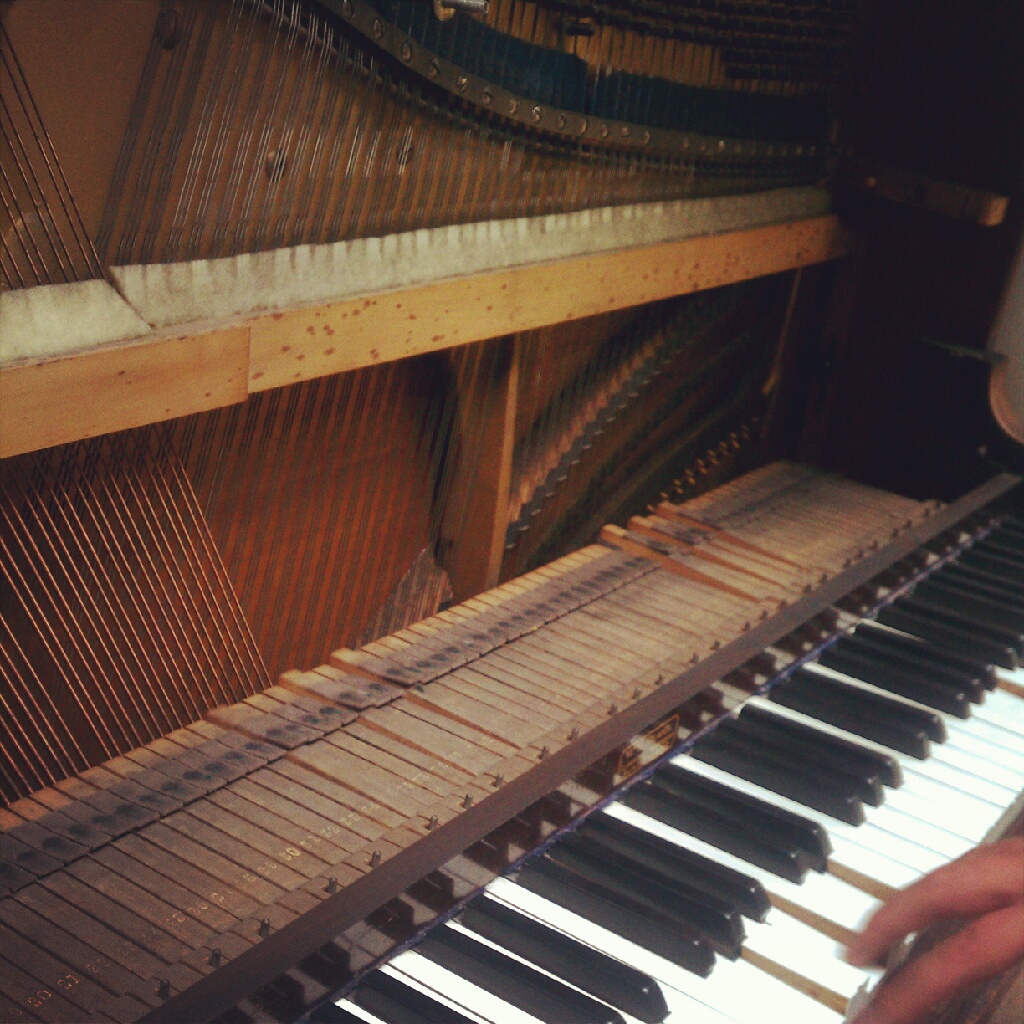 Begrudgingly, the guys put what pieces they could back together (with a few extra screws with no home left over). In the end Tim ended up leaving the piano with another friend in his new neighborhood, unfortunately she talks about painting it a pistachio color. Barf. Poor piano. I hope it gets played in it’s new home! Meanwhile, Tim debates getting a keyboard as a replacement and has reverted back to his guitar playing. Which I didn’t mind so much my last couple mornings in London. 🙂 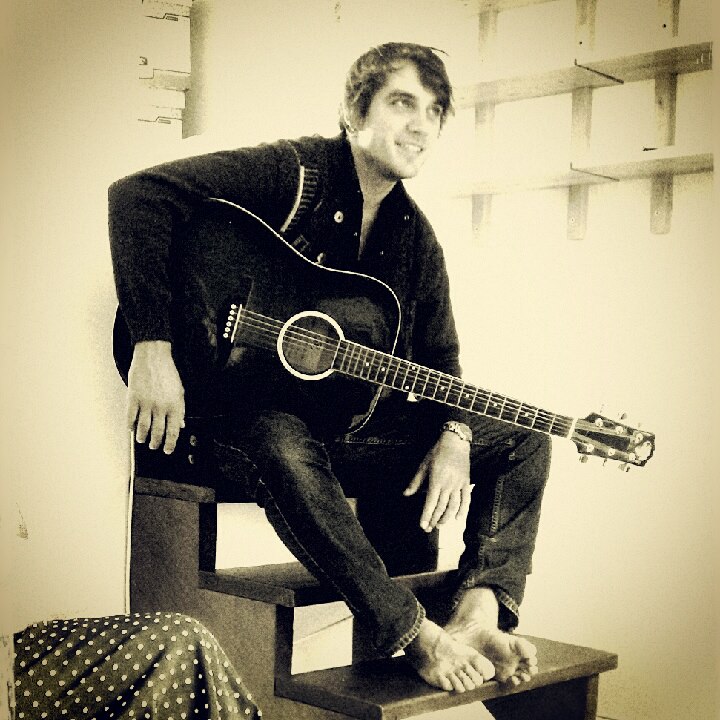