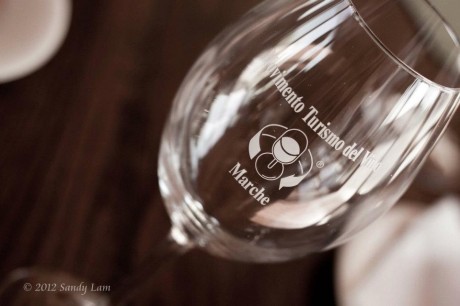 A weekend of beach time, pizza, truffles, and gelato wasn’t enough for us. To top off the weekend, we stopped a couple cellars on the way back from Fano since it was the weekend of “Cantine Aperte” (Open Cellars). Basically most of the major wineries in Le Marche offer free tastings. You pay 5 euros for a commemorative wine glass and taste to your heart’s content. Wine tasting in Italy is so much better than Washington. I think I had more fun eating the food at the tastings than the wine itself. Bread, cheese, and salami was a staple at all of the cellars, but some even offered a multitude of salads, snacks, pastries, and sandwiches.

First stop was Villa Bucci. I’m no wine expert but the wine was pretty tasty. It was pretty crowded so we skidaddled over to see some friends. 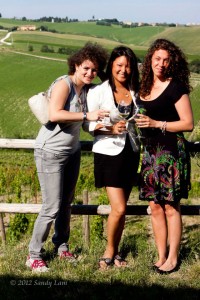 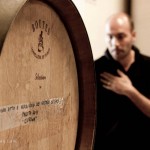 Then we headed over to to our friends at Pievalta.

I have really come to love Alessandro and Silvia. They are a really funny couple and combined with Corrado and Valeria, they make me believe that if you want to make wine in Italy you must be good looking. Because they are two ridiculosuly good looking couples. The cellar at Pievalta is gorgeous. It sits on the peak of a hill and overlooks another set of rolling hills of Le Marche. At first glance it seems like all the hillsides of Le Marche look the same but after working in San Michele you can tell that there are some differences. Pievalta is located in Moie, which is about 15 minutes away from Cupramontana. Everything from the spumanti to the passito was offered to taste. Alessandro took us on a tour of his cellar, which produces about 100,000 bottles every year. 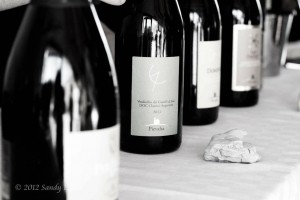 Since I’m not a wine expert, I’ll let this man do the review of this Pievalta wine:

Last we stopped at Fattoria San Lorenzo. Giovanni told me that the winemaker just sort of fell into the business. He doesn’t have any formal education for winemaking but inherited the land from his father and just began making wine. The wine was actually really good. I was a fan of the reds here which is unusual for me since I generally prefer whites. I love this story because it just makes me think of the idea of how winemaking is in the blood of some of the people here.  Unfortunately, as tasty as the wine and food was, I was a little dissapointed in the service. When we arrived we just sort of wandered into the tasting room and the winemaker was there but after he preapred glasses for us he just wandered off. This seemed strange to me because in all of the tasting I’ve had before someone generally talks to you about the wine at least. We were just left alone in this case. And we tried to buy a bottle and the winemaker when to get one for us but then never came back. We waited for about 20 minutes and then just left because it seemed absurd that we had to nag to buy his wine.

Our last stop was Colonnara not for the tasting but to say hello to our friends Agostino and Luigi. We ended the day with happy hour and dinner . Oh the Italian life…. 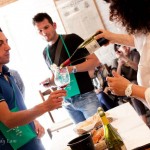 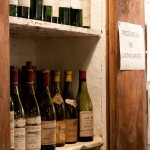 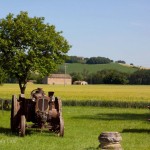 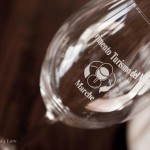 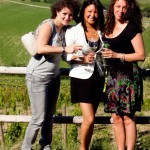 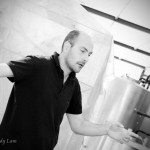 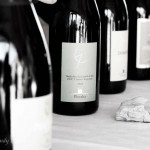 Watch the video below for a review of this wine 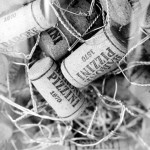 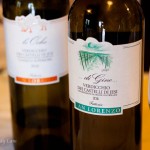 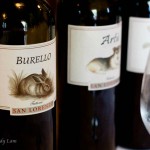 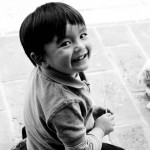