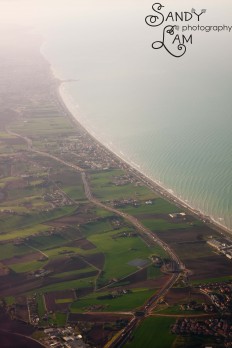 The title of this entry comes from a song from the lovely Kris Orlowski…he’s still on my to-write list for my music blog as I have come to share some good memories with him the past year, but it will come in good time. (Update: finally got around to writing one months later)

So early in the morning my mom dropped me off at the airport. She started crying and I am not going to lie I teared up a bit too and shuffled away to keep from crying in front of her. I faced the airport doors, took a deep breath and walked in. As soon as I did, the most glorious thing happened. My friend Kris’s song was playing over the speakers! Not only that, but I just happened to walk in on the chorus, which could not be more telling of my life in this moment:

Open fields, tempting fate, this wild emotion.
Looking back to the past, it’s here with you.
Not letting fear, control the pain, the wild emotion.
All the change you write the chapter it’s your move.

It’s a song about leaving his hometown of Bellingham and pursuing his dream as a musician. I was overwhelmed with this magical moment, and all I could do was smile from ear to ear. I checked in my bag with a smile on my face. The airline attendant asked me about Ancona, saying he has never heard of it. “I hear of many places people fly to Italy for, but not Ancona. Work? Home?” And I laughed and said “Well it is now! I quit my job!” I still haven’t gotten used to laughing every time I say this. Because it still sounds like an absurd idea every time I introduce it to someone knew. I can’t help but laugh.

Because of my whirlwind week, I hadn’t slept more than 5 hours a night for almost a week. This resulted in my need/ability to sleep on all three flights. 14 hours of flight time, and I was awake for about an hour of them. My wonky 8 hour layover in Rome was extremely boring. You would be amazed about what you do to find ways to entertain yourself. I thought about leaving the airport but there wasn’t much around and getting through security again would be hard. I did wake up as we descended on Ancona. Everything looked so green! It was a bit of deja vu but instead of the incredible excitement I felt the last time, I just felt happy to be coming home. Home is exactly what it felt like. Corrado greeted me at the gates and we drove home. Janice (oh poor old Janice) was trucking along and still came over to greet me. I was shown my new apartment (I’ll post a video sometime soon), and I was so excited to see everyone, I didn’t even shower or unpack. I grabbed my gift of the Late Harvest Syrah from Facelli Winery that I picked up for the family and brought it up stairs.

The children – oh the beautiful children! I thought they would’ve grown tremendously but they looked pretty much the same. Guilia’s hair is a lot darker but she is still spunky as ever. Giacomo still has the face that I know will break hearts someday. Hillary is also here…so it was great to see a friendly American face as well. She’s only here until the end of the month so we’re sharing my apartment, which is nice because it’s great to have someone to talk to at the end of the night.

Hillary and I caught up as Valeria prepared dinner and Corrado, served us a glass of the Verdiccio vintage 2011…the batch that we harvested and made!! It was so exciting, as we took a sip of literally the fruits of our labor, I felt all giddy. I asked Valeria if she needed help setting up and she responded with “No. Do you have enough wine?” We both laughed and she served up a slice of freshly baked “cheesecake” but it’s more like a cheese bread. As I sat there eating my cheese bread drinking my wine, I said “And..this is why I love Italy.”

After stuffing myself with pesto pasta, proscuitto, tomatoes and mozzarella, and more cheese bread…we all enjoyed some dessert wine and talked about various things. One which included laughing at a ridiculous stuffed animal the children had that sang in Italian and wagged its tail. I might try to get a video of that later. It’s quite hilarious.

Hillary and I retired to our apartment, I showered and then realized my voltage converter didn’t fit any of my hair product things, shook my head and crawled into bed. Hillary and I stayed up to gossip as we always had in the past and it was so great. She’s been woofing for a few months now and I can already tell that she has grown a tremendous amount. I am so proud of her and what she is doing at such a young age, I can’t wait to see what she will do next.

Just peaked out to catch the sunrise from the kitchen. It’s a beautiful morning.