Located in Parco Nazionale dei Monti Sebillini within the Marche region, Monte Vettore peaks at 2,476 meters (8,123 feet). There are several ways to get there, we came from the southeast trail after spending some time in Castelluccio, which was more or less 335 meters (1,110 feet). While it sounded a great workout, a workout was not what I had in mind when I had set out for the day, especially after the overfilling amount of food that was consumed right before. Not sure how the Italians do it!

I thought we were going for a small hike since we had the children, but turns out Giacomo stayed at the trailhead with Valeria, and Corrado packed Giulia in a back carrier. I thought, “Uh oh…well its 3 in the afternoon, how long could this hike be?” I kept thinking we were close to the top, but each peak turned into the start of another peak and so on and so forth. Once I reached the cloudline, I finally gave up. For the first time in my life, I didn’t finish a hike. But after consuming Ravioli, lentils, sausage, bread and wine…I was in no condition for hiking. The hike was unexpected, as nobody really told me where we were going or how far we were going, but the two hour drive, the sightseeing, happy hour, and three hour lunch had me believing we were not in for something I would have to work at. 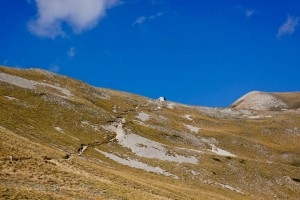 The peak was just on the other side of that shelter. Made it part way up but the guys met me about half way.

The guys went on without me, turns out I was just short of the peak, probably a few hundred feet, but I was fairly certain that if I had kept going, I would thrown up all over the trail. I felt so sick, and when I was taking photos of the views and the surrounding area seemed to sway in and out like a mirage, I thought it was probably a good sign I should sit down for a while.

So I rested for a bit before I attempted to go further, but the guys met me on their way back down, so I turned back with them. I was pretty disappointed with myself, since I’ve never not finished a day hike before, but I felt much better when the guys told me that Corrado and Giovanni both got sick during the last stretch of the hike as well.

I’m pretty proud of these panoramics considering I was shooting with a 50mm. It was a windy but gorgeous day for a hike and the temperature was perfect. Not too hike, and cool enough to keep you moving. 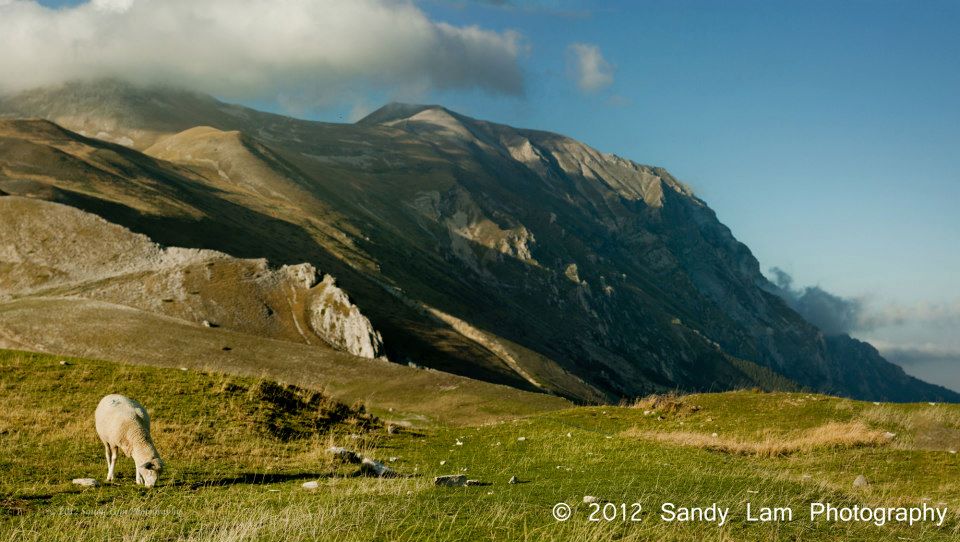