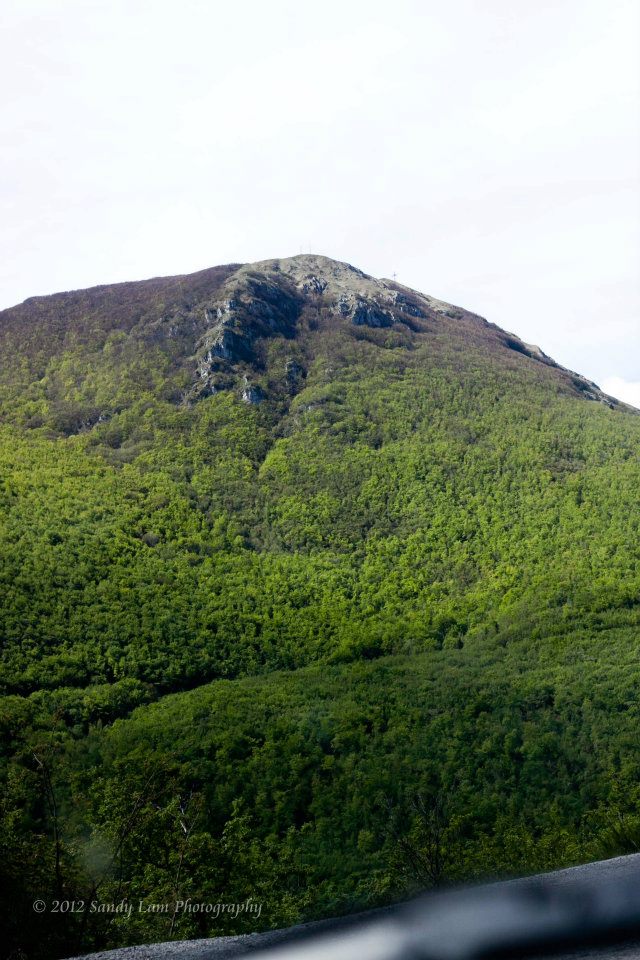 My first hike in Italy!

Hoping to catch some of Northern Italy at some point where the real hiking is. However, this was a perfect start of summer hike for me. Of course, because it’s me, the simple day hike turned into an adventure I wasn’t so sure I bargained for.

Giovanni asked me what I wanted to do for the day and I felt stupid for not coming up with the idea right away. I’ve only been dying to do it since everyone back home has been posting some great outdoor adventure pics (*cough*Steve*cough*). I wanted to go for a hike. Given our location, anything fantastically high with nice alpine views are several hours away. So Giovanni suggested Monte San Vicino just about 40 minutes away. It was supposed to be a nice day hike with a great view. From what Italian I could make of from a web site, there were some annual trail races on the trail. Sounded like the trail should be well laid out and relatively wide if people were used to racing on it right?

So stoked to put on my Vibram sandals for the first time this year, grabbed my camera, lenses and water, and I was set. When we got in the car and Giovanni pulled out an atlas, I guess that should’ve been my first sign this might go as smoothly as planned. We had some issues finding the trailhead but eventually we stopped at was essentially looked like a forest road. Giovanni said the big sign for it said something along the lines “This trail leads to a big expanse with views…” What he failed to tell me what that he didn’t read the whole sign. He only read the first 3 lines. I did not find this out until we got back to the car at the end of the hike.

So off we went, I was so excited I was practically skipping up the trail. This quickly ended when we were greeted with some surprisingly steep roadway and many many MANY fallen trees. So after some crawling around for a while..we came upon a beautiful clearing.

I made a comment like “Wow, this is so beautiful I could be satisfied with just this view. It really was beautiful, but the road kept going, so we kept moving on. We didn’t think the hike would end so quickly (probably 30ish minutes had passed by that point). Turns out for that particular path we chose thats where we were supposed to stop. So more uphill crawling through fallen trees we went. After maybe anther hour of this the trail split into 3 different directions. It was about 10 minutes before we reached this awkward fork when Giovanni said, “Oh…I forgot the map for this mountain…” S o we tried one that quickly disappeared into the steep grassy hillside and after a few minutes we came back to the fork. I chose the second path which was definitely a much more worn foot path than the other one. and quickly climbed the grassy hillside. We left the treeline and came to another amazing clearing. After some more climbing, I stopped to take some photos. I wanted to capture the steepness of the hillside, but even more than these photos show, the hillside became extremely steep and there was no path at all. We were climbing with our hands and feet up the hillside. I started to get a feeling that was all too familiar to one trip I had snowshoeing Table Mountain, in which I slipped and fell probably a good couple hundred feet down the snow.

So after an hour and a half of climbing the side of this mountain…certainly not taking the most efficient route and we were clearly lost, I was starting to get worried. I wasn’t too worried since it was a small mountain but I was worried we wouldn’t know how to get back. We definitely couldn’t go back the way we came without falling off the side of the mountain. There is a large cross on the top of the mountain which we could see the peak of and in one last effort to scramble to the top I took off my shoes just becuase I felt more comfortable climbing the hillside barefoot than in my shoes.

We finally made it to the top which was pretty flat and just on the opposite side of the mountain I spotted another person in the distance. It was extremely windy at the top but I managed a short video of the view:

I was so relieved when I saw the other person I told Giovanni and we made our way over. Turns out he was Dutch and didn’t speak Italian so he and I conversed a little in English. We pulled out a map of the mountain so we could figure out where we were and how we could get back. He came up a different trail than us and so Giovanni’s impression was that if we took the trail he took we would be in a different town. At that point I didn’t care, because I was definitely not going to bushwhack back down the way we came. I felt much more comfortable going back to civilization on a proper trail. So we argued a bit and eventually Giovanni gave into my idea. The trail back was really short. Maybe 2 miles at the most but pretty steep. When we got to the bottom we reached an empty road. Turns out we were just on the opposite side of the mountain but on the same road we had parked on. 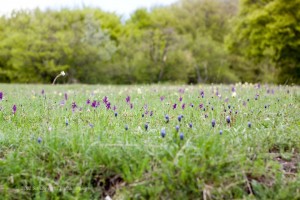 The trail we took back was actually the trail we were supposed to take in the first place. We laughed about that. So we started walking…I’m not really sure how long it took us, maybe 40 minutes…not too long. Or it didn’t seem very long. We laughed about our situation, and how we were so glad we chose to take the trail. Eventually, we saw the Panda off in the distance and I let out a loud “YAY!!!”.

We hopped into the car and found the nearest restaurant which was part of a bed and breakfast. Hotel San Vicino – and treated ourselves to some delicious tortellini carbonara. Much different than my usual celebratory burger and beer after a hike but it was still just as yummy. We were just about to leave the restaurant when it turns out they were holding a homemade pasta cooking class. Our server invited us to stay and watch and we did. The woman teaching the class was so adorable. Why are elderly italian people so dang cute? Anyway, we watched for the first 10-15 minutes, but took off because Giovanni was getting bored. Plus I was just plain tired. On the way back I grabbed some video, just because the countryside scenery is so beautiful. It also catches a small part of Frontale, one of the small towns.

On our way home Giovanni showed me the property he and some friends are looking into buying. They plan to open a winery in the next year, so it’s really exciting news and it’s been interesting learning about the process. They haven’t come up with a name for the farm yet and so they are stuck figuring that out. Any suggestions? Anyway, the drive home was splendid and was a great cap to my first hike in Italy. 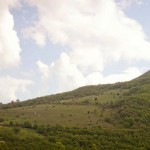 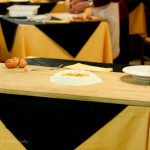 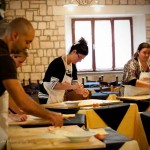 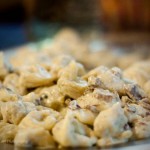 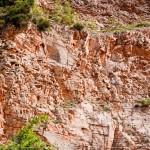 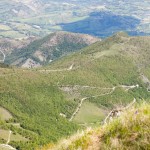 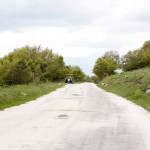 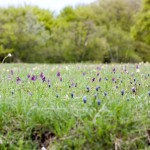 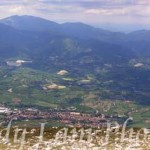 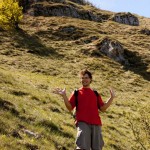 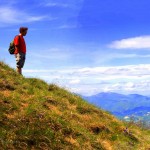 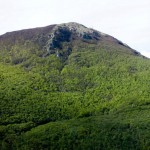