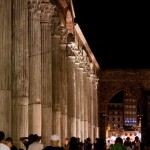 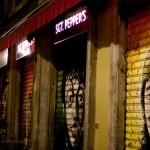 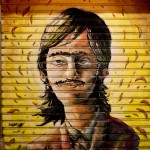 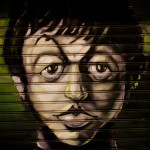 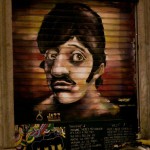 After 10 days on the coast, it was off to Milan for a couple days! After a brief welcome home to La Distesa, I barely had about 30 min to repack my bag for London. Taking out the swim suits and trading them in for a raincoat wasn’t as dreadful as I thought it would be. I actually was really looking forward to getting some mild temperatures in and feel the raindrops! And especially after Milan…I was beyond ready.

Since Cristina and Daniele were heading up back to Milan after Vasto, and I was flying form Milan to London, I just hitched a ride with him and crashed at Cristina’s. Unfortunately, the two days I was spending in Milan were the hottest ones so far that month. It was more or less 38 degrees Celsius (100 Fahrenheit for folks back home) with an insane amount of humidity, I’m not really sure what it was. And unfortunately, the one day I spent “seeing the sights”..I left the battery for my camera in the charger and didn’t have my phone with me…so…no photos of that…sorry…
With the weather being so hot, we didn’t do too much but lounge by the pool. I literally slept with an ice pack and was constantly getting up every couple of hours to switch them out. It was impossible to sleep without air conditioning. The first night we went out around town for gelato and wandering. Even at night it was hot. It was like temperature didn’t change, you just didn’t have the sun on you. The strange part about wandering around was how dead Milan was. In August all the Italians are on their holiday and the city was nearly a ghost town. Everything was closed and it seemed strange to have such a large city so empty. Cristina was commenting how empty it was, basically in comparison where we found parking in 2 minutes, normally takes 45 minutes. It was kind of a blessing and a curse. It was nice to explore without clusters of tourists everywhere, but at the same time, it meant most places were closed and there wasn’t much night life happening. We stumbled upon a bar called Sargent Pepper’s, which had a Beatles theme to it, but it was closed. I was looking forward to it, in anticipation of my trip to London, but the murals outside of the bar were nice to look at as well.
The next day I went out with Daniela, who I haven’t seen since last year’s Festa Dell’uva. We went to the Duomo, which was breathtaking. I thought the one in Florence was impressive…but this one was a bit daunting and more gothic like. We wandered around with from Grom gelato, but without my camera or any photos to show you, I hardly even want to talk about it. Sorry!
That night we went out to Carroponte for a concert, but turned out it was more of a poetry reading in this warehouse area. It used to be a factory for building ships, but now turned into grounds for festivals and concerts. Pretty awesome. They even set up hammocks for lounging…beer in hand, we were all ready to pass out in the hammock. There was of course pizza, beer, and even little market shops. It was a very brief visit to Milan, but I’m looking forward to my next visit with Giovanni with a camera in hand this time.