Now that I am all caught up on my London tours, I can finally breath and focus on writing something a little more substantial and something I know folks back home are wondering about.

Ever since I left Turkey, I basically fell off the grid. Aside from the occasional texts, brief e-mails, and fulfilling the OCD side of me and keeping my facebook photos chronologically up to date, I wasn’t communicating with anyone unless they were physically in front of me. Even when I stepped off the plane from London, and arrived to La Distesa, it took me about 10 minutes to grab a change of clothes before heading out for an afternoon of harvesting.

I’m often told I’m crazy or have a ridiculous amount of energy to do the things that I do, but I always have the same response: If I really want to do it, I’ll find the energy for it. I was already dissapointed that Corrado had started harvesting the day before I arrived, so I felt like I was late to the game. All spring and early summer, I sweated my ass off in those vineyards. I was ready to literally reap the fruits of my labor.

Iced water bottle in hand, arriving at the cellar had me all giggly inside. The press was unveiled, the baskets were out, and the musty smell of drying grape skins reached my nose, I was set. It’s probably safe to say that I was probably even more excited than the first time I ever came to La Distesa. Either I was functioning off my travel high or I was just ready to begin harvesting.

Unfortunately Lisa wasn’t able to make it this year as she was trying to arrange things for her work visa. But I met our new intern, Giulio, 20 years old, studying to become a winemaker. He and I have been bonding over music sharing and he’s been teaching me the ukulele. Giulio is basically a younger version of Corrado. A multi-instrument musician, wannabe winemaker, and mountain climbing enthusiast. He’s really quiet but has been really fun to get to know. We’ve been exchanging “English week” for “Italian week”, although my Italian weeks have been lasting longer because I haven’t been able to keep my speaking to JUST Italian yet. But we’ve been learning a lot from each other.

Harvesting in San Paolo (aka the never ending vineyard) was marvelous to say the least. It was hot but no where near as miserable as previous work days. As the sun set on the first day of my second harvest, I could only feel a sense of accomplishment. It’s amazing to see your work grow over a period of time, and the best and hardest part comes all at once in a rush of madness. 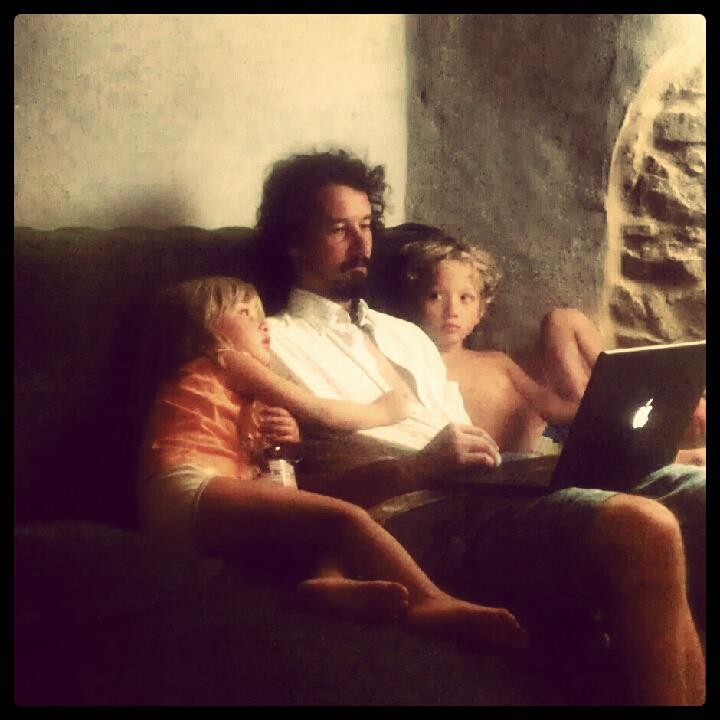 When I returned home and finally got more than 10 minutes with the children, I realized something. That everything that I left behind in Italy had moved on in life without me knowing it.

The biggest change was Giulia. She was much taller than when I last saw her and her speech is much more articulate now. I only realized this when she was talking to me telling me all these things she has been doing and what she wants to play and I could hardly understand every other word she was saying. Her Italian was improving much faster than mine, granted it was a little rusty after being away in Turkey. Her play activities even changed. She used to always want to play memory with me (in fact that was the only thing she wanted to play about 99% of the time), but now she actually has the attention span and patience to do something like beading a bracelet. When I was last here, I was just helping teach her how to swim and now she swims perfectly fine (for the most part). A part of me felt so sad to see her grow so fast but it was amazing at the same time. I just wanted her to stay this crazy hilarious little girl forever.

Another big change was that unfortunately Janice passed away just a couple days before I arrived from London. We’re not sure from what, but pretty sure it’s from natural causes. Poor Janice, I miss her every time we come up the driveway and she’s not there to greet us at the door. I miss her sad deep barks and heavy breathing. I can’t imagine how Corrado and Valeria must feel but they seem to hide it pretty well.

Giacomo is taller, slightly more mature, but still sweet as ever. He started primary school for the first time this year (aka first grade). He was so excited to have his blue smock and to go to school he went to bed before we even had dinner the night before his first day. I’ve also noticed that he doesn’t speak Italian with me as much as he used to. He used to just talk my ear off which I loved because he still always tried so hard to communicate with me even though he knew I didn’t know very much Italian. Now that he has been learning English he’s resorted more to hand gestures than words, but it’s been fun as we have been helping each other learn new words.

Giovanni finally closed the settlement for his new vineyard and cellar. On top of working full time for Corrado, he’s been consultant for another winemaker in the area, and harvesting at his own vineyard. He’s a busy busy man always on the phone these days and too tired to focus on much other than making wine, three times.

The vegetable garden I worked so hard to maintain all year was an overgrown mess. We basically were starting from scratch. Rotting tomatoes left on the vine, and I couldn’t even tell the difference between weeds and possible plants. I found some (many actually) that was literally the size of baby trees! Seriously. The picture below is me standing with what is supposed to be a weed. 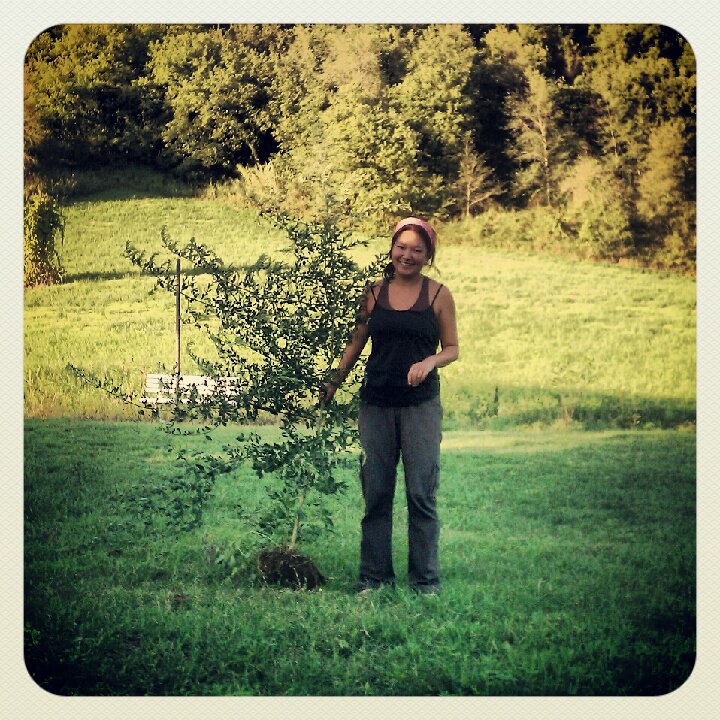 All of this happened in the few weeks I was away. And while I usually embrace most changes in life, this one took me by surprised. I didn’t really stop to think that their Italian lives would keep moving forward. When I returned in the spring, I knew that within six months plenty of things would have changed, but to me, not that many things did, probably because I was expecting it. This time, there just seemed to be many major changes I wasn’t in the least prepared for. To quote a song:

Hey, it’s ok, it’s just change
And it goes like it goes
Let it go
Hey, it’s ok, nothing ever stays the same
You can’t be sure of anything

It was a good reminder for me, to keep moving forward as well instead of focusing on the past and look forward to the new direction my life with take. While I hold the memories dear, I hope to use them as part of my ongoing personal growth.