Waiting around all week to help Mink at the local farmers market wasn’t so terrible considering how much I loved Pai. I was so excited I even got up before the sun came up. It was the first morning I wasn’t woken up by the quacking ducks underneath my bungalow. I later found out it was because they were still cooped up in their little duck house somewhere else on the property. The crisp air made it difficult to get out of bed, but I was so glad I did. When I opened the door, a light foggy mist had settled among the mountains and I stood there in awe as the pink hues from the sunrise glittered through. That is until I realized mother nature was calling my name. 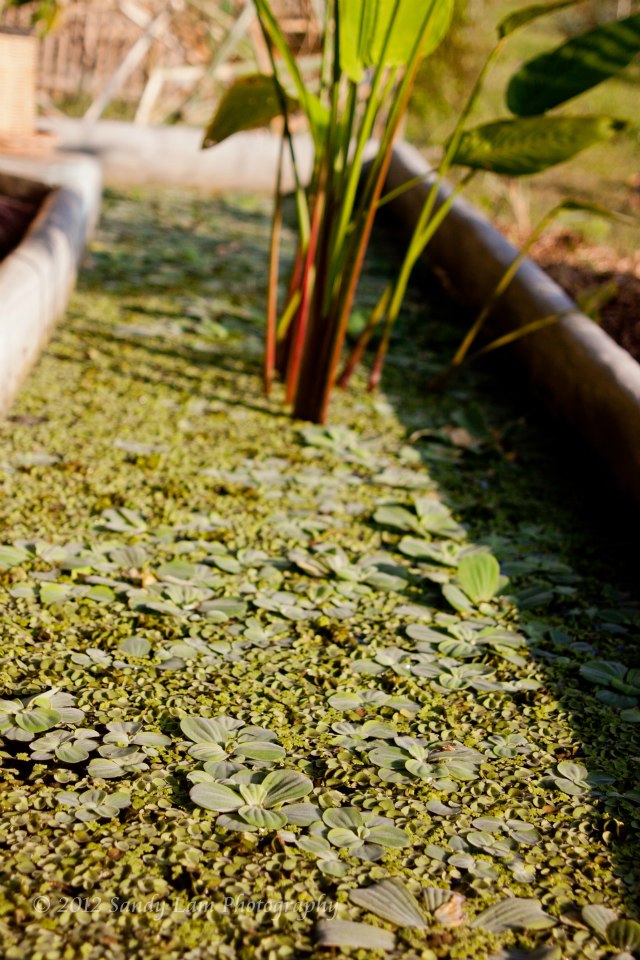 When I returned, I snuggled up in my little patio lounge and watched the rest of the sunrise. It was so peaceful, I didn’t even want to disturb the air to snap a photo. Everything was seemed to stand motionless except for the fog; the crickets had died down and the birds were apparently still sleeping. I just reveled in the stillness of life. As soon as I heard the soft sounds of clinking and clanking in the kitchen around 7 a.m., I knew Mink was already busy making preparations for the day, so I quickly got ready and went to meet her in the kitchen. While no recipes were revealed to me, I watched her prepare a variety of dishes for the farmer’s market. 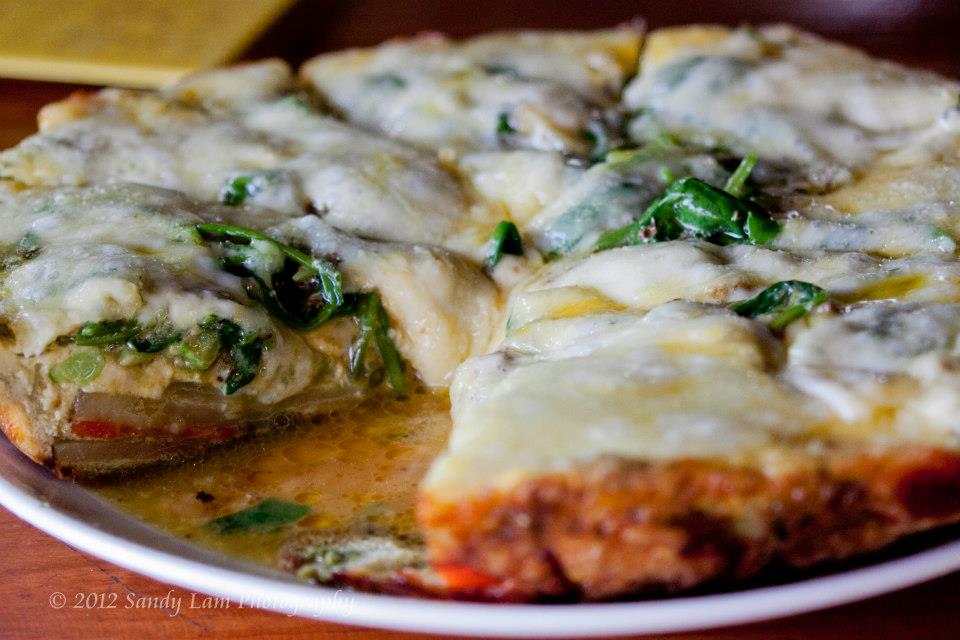 The first was a spanish omlet. Basically a layer of scalloped potatoes, roasted veggies, beaten eggs, and my favorite part: lots of cheese. It’s layered like this into a dish and slow cooked on the stove until it becomes a giant bowl of savory gooey deliciousness. 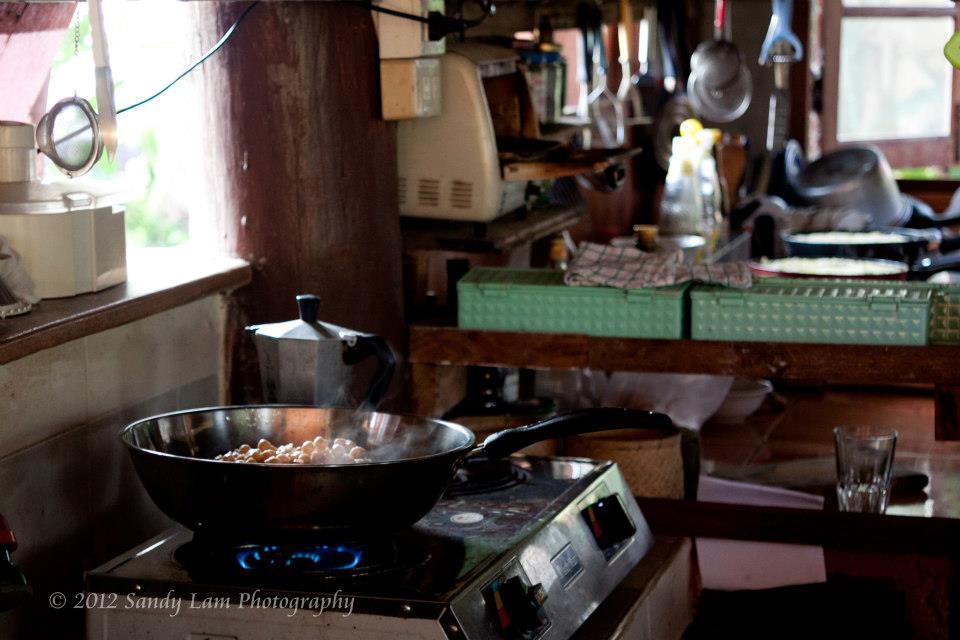 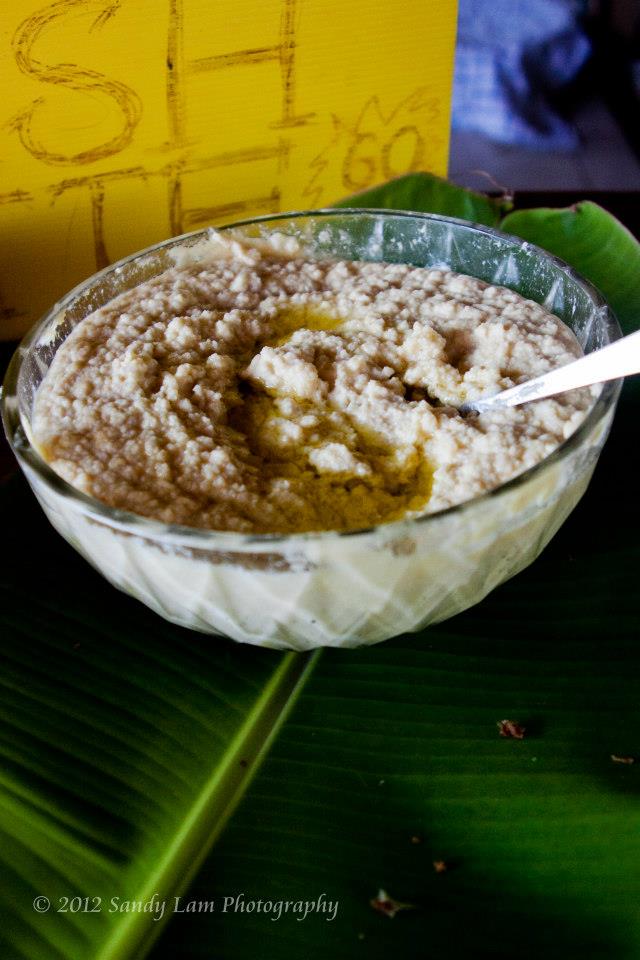 Next was fresh garlic hummus. Can’t really go wrong with that.

Eventually we got around to what Mink was looking forward to all week…making traditional sourdough coconut thai waffles using an old-school cast-iron waffle maker. She says her mom had one when she was a kid but she’s never seen one until earlier this week, when she discovered it at an Indian cooking store. Mink likes to make things the old way, so no electric waffle maker is going to satisfy her. Once we tested the batter and waffle-maker on the stove, Mink set me up with a charcoal fire to start cooking up some waffles! 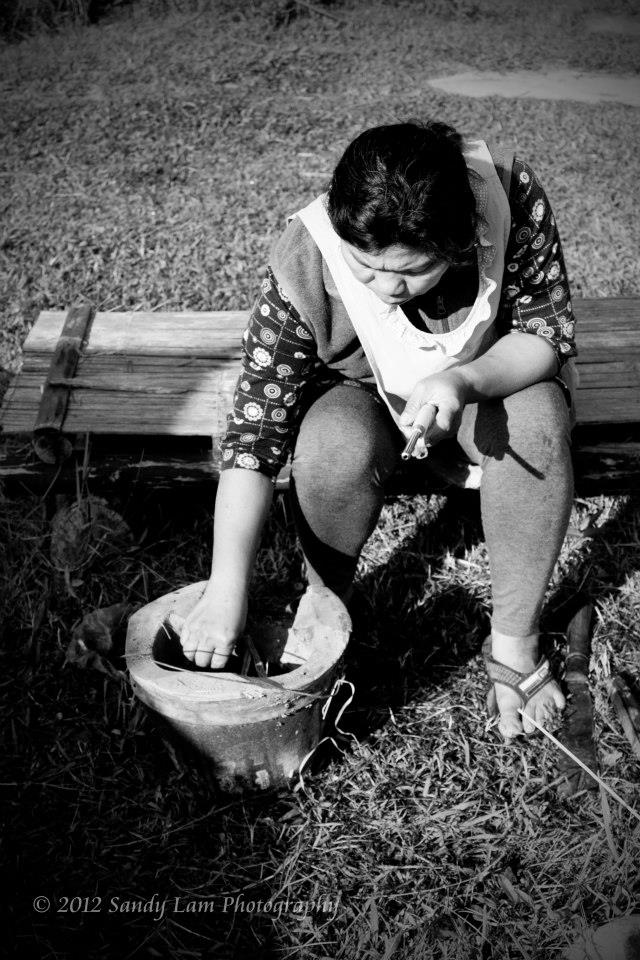 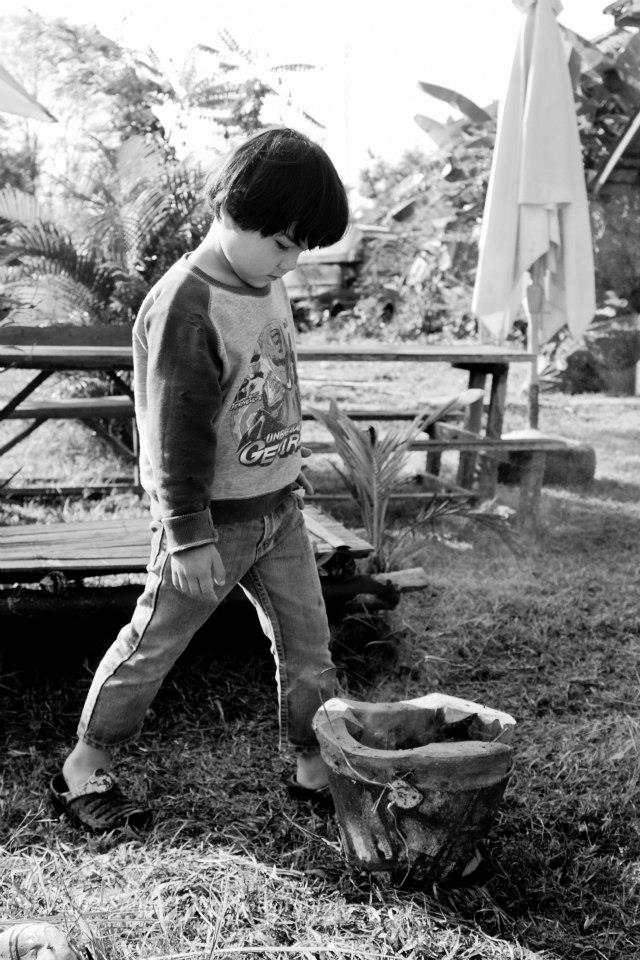 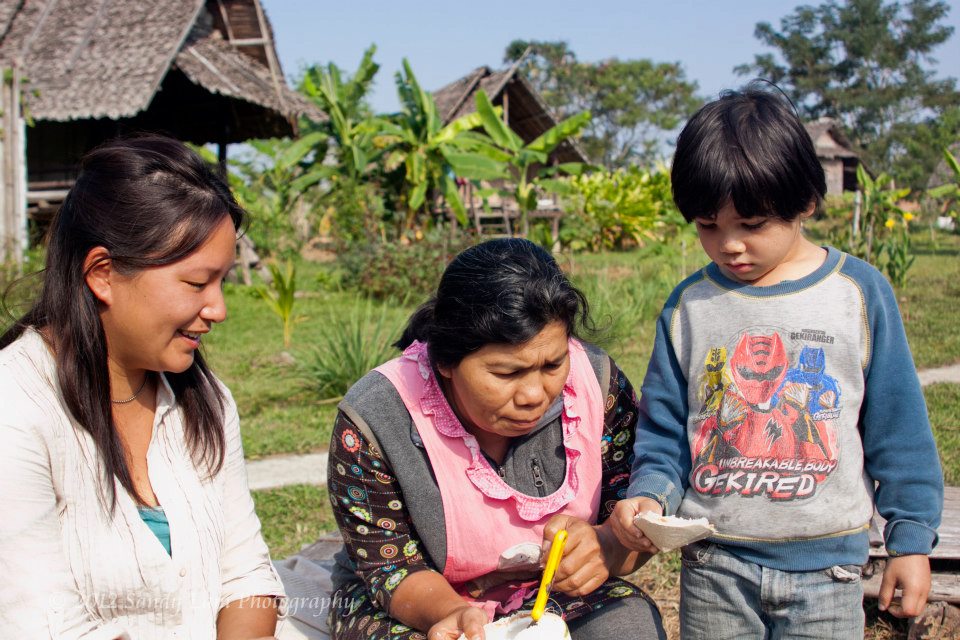 It was a sweaty morning, but eventually I got the hang of the amount of batter to pour in, knowing when to turn the waffle maker, etc. We were on a roll and despite Mink and Pansa eating up all the goods, had a pretty good morning selling the waffles at the market. I had so much fun helping Mink, but was eager to get out of the sun once we finished all the batter. I wanted to sample everything else there was at the market as well! 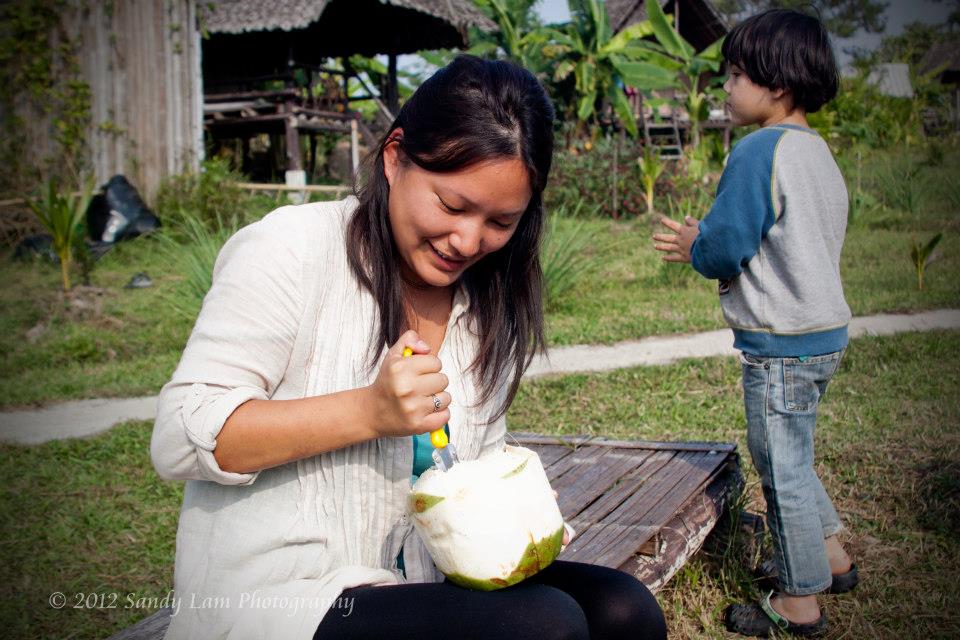 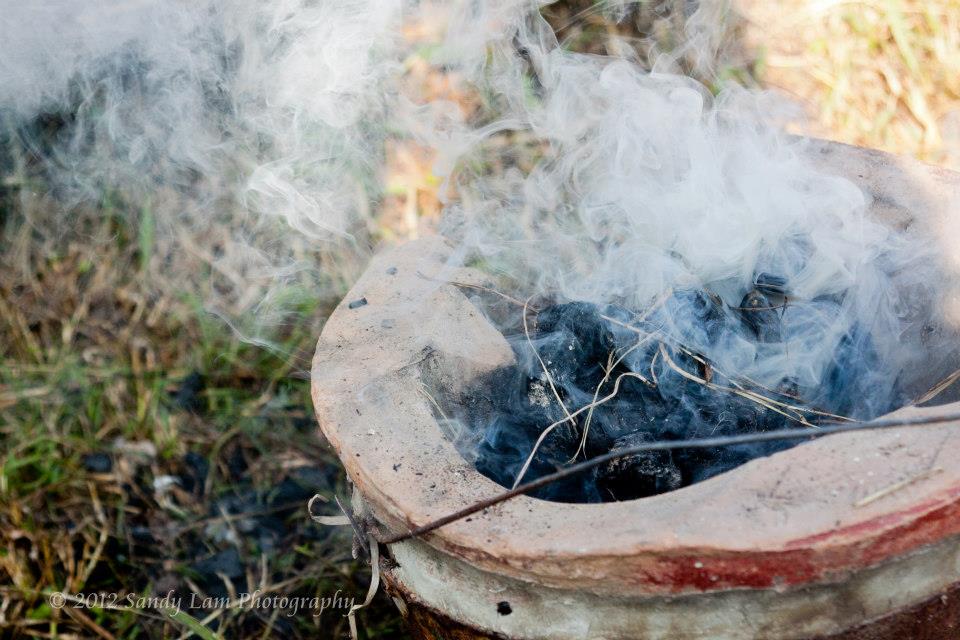 Don’t let that smiley sweet face deceive you! Mink runs a serious kitchen! Just kidding, she was absolutely amazing, thank you Mink! (No but really, she reminds me of my mom, who doesn’t want any help in the kitchen and if she does finally accept it, it has to be PERFECT)

The rest of the day was such a treat. I got to meet some of the vendors and spent the morning grazing all the food that was available. The market was small enough that this was possible, however I was mostly interested in the savory foods rather than the sweets that were available. While there was mostly food available, there was some great handmade jewelry as well. 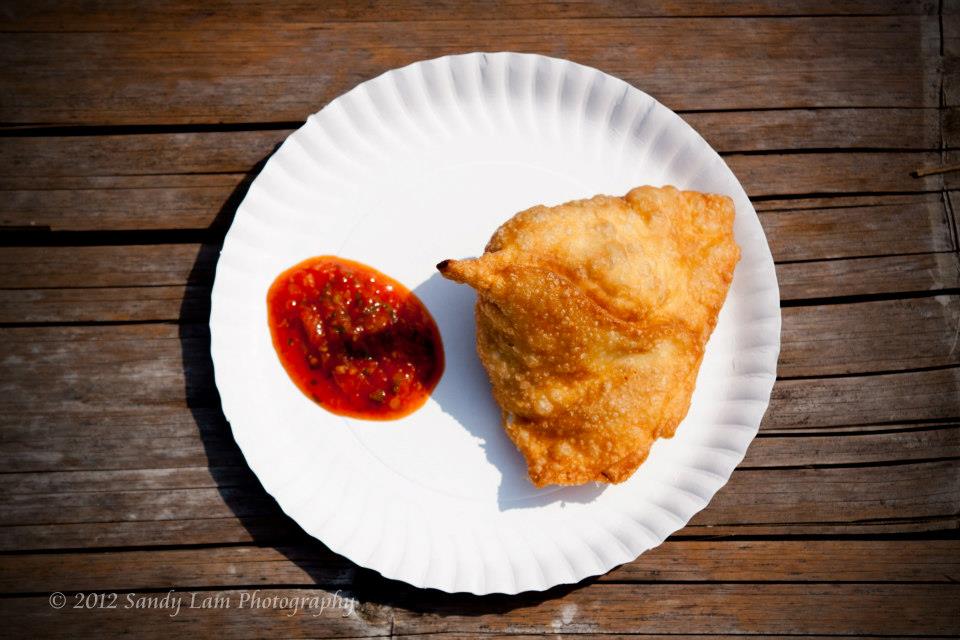 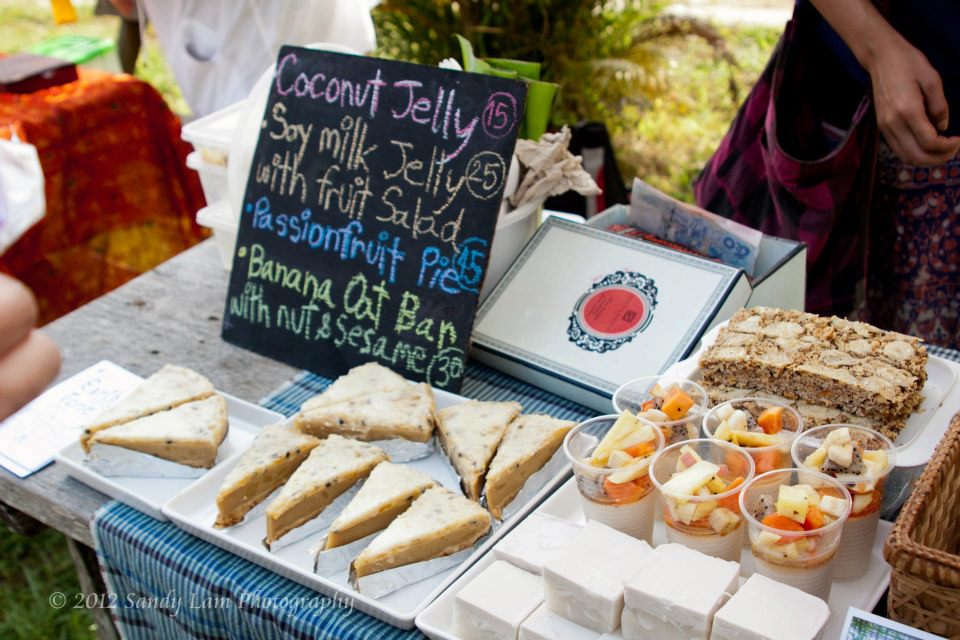 So much goodness for one table… 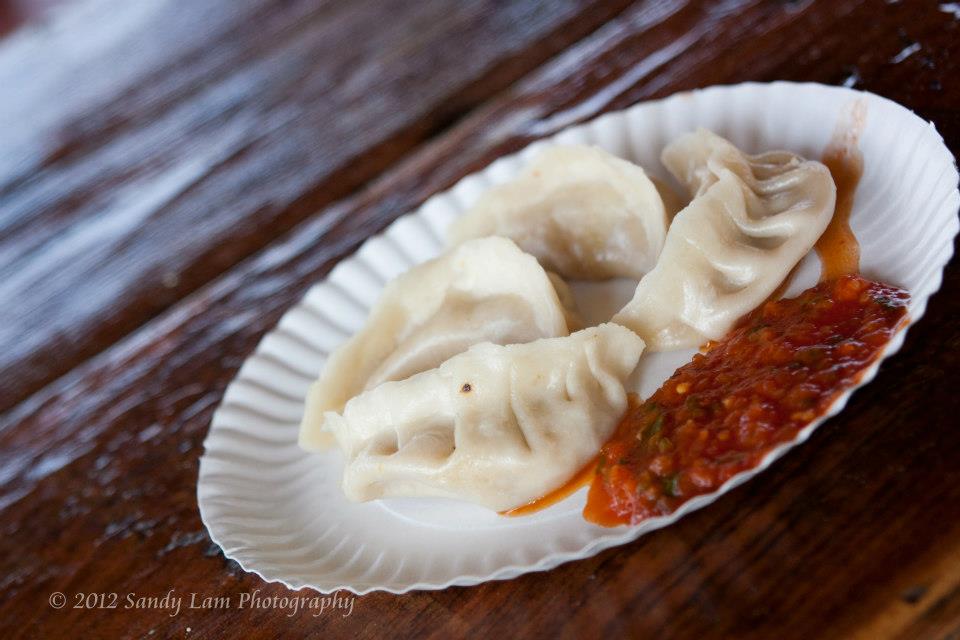 These are called mo-mo’s (chinese dumplings)! They are AWESOME. 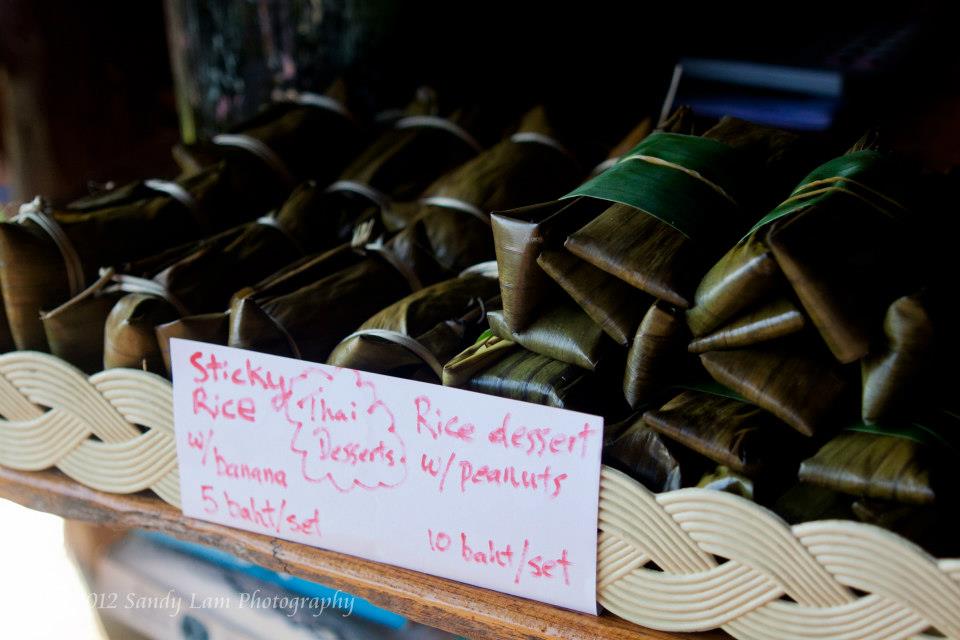 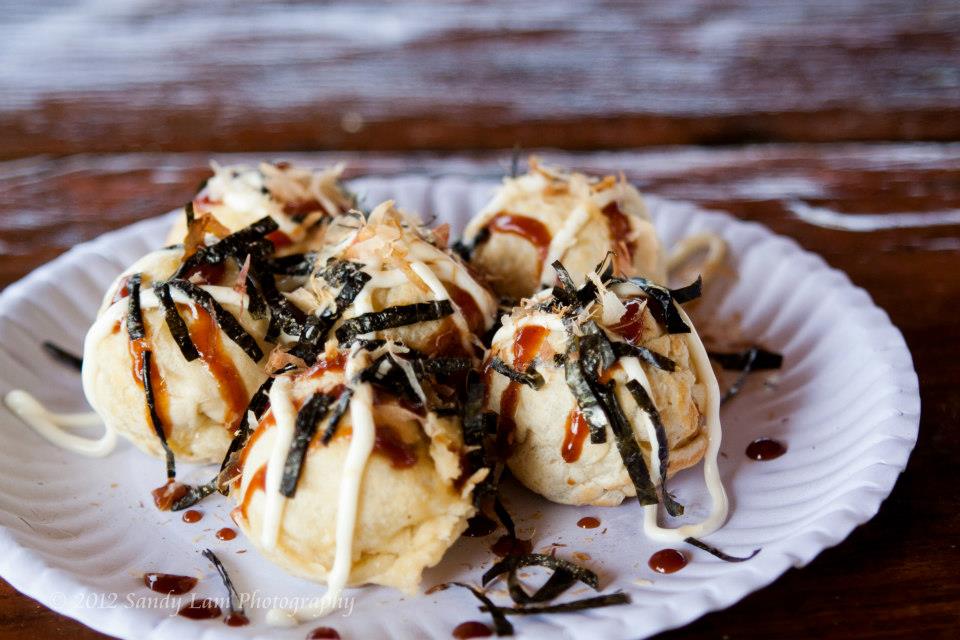 What intrigued me the most were these fancy little balls called Takoyaki. A popular Japanese snack, these are created by cooking a batter in a electric grill with little cups (similar to a muffin pan), and when the dough is cooked on the outside, small pieces of octopus are placed int he cups and then they are flipped around so the batter can fall onto the other side, making the full cup formation. It’s then topped off with Japanese seasonings, seaweed, and what I assume is teriyaki and mayo on top. It was fun watching the little balls being made, and even more fun to eat. Not too shabby. 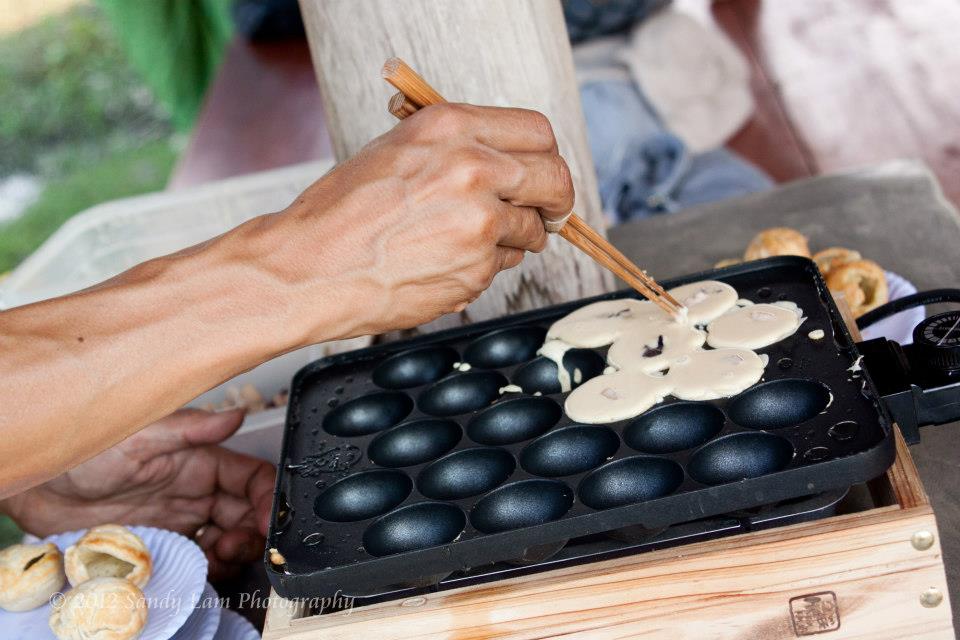 It was a beautiful Sunday, and while I laughed as I watched vendors buy from each other and mostly guests at Ing Doi move in and out of the market, it was such a great event to be a part of. The Ing Doi farmer’s market just started earlier this month, and the hope is that more people find this tasty little part of town having a place in a Sunday ritual. I miss my Sunday morning post-brunch strolls through the Ballard Farmer’s Market so this was comforting for me as well. For a new market in town, it has a good start, and I can only see more of this creative and talented community rotating vendors, sharing their gifts among each other and visitors. So if you find yourself in Pai, you can catch the farmer’s market every Sunday from 10 a.m. until 1 or 2 p.m. (or until it dies down). it’s held on site of the Ing Doi Guesthouse, so it’s just an easy stroll from town. 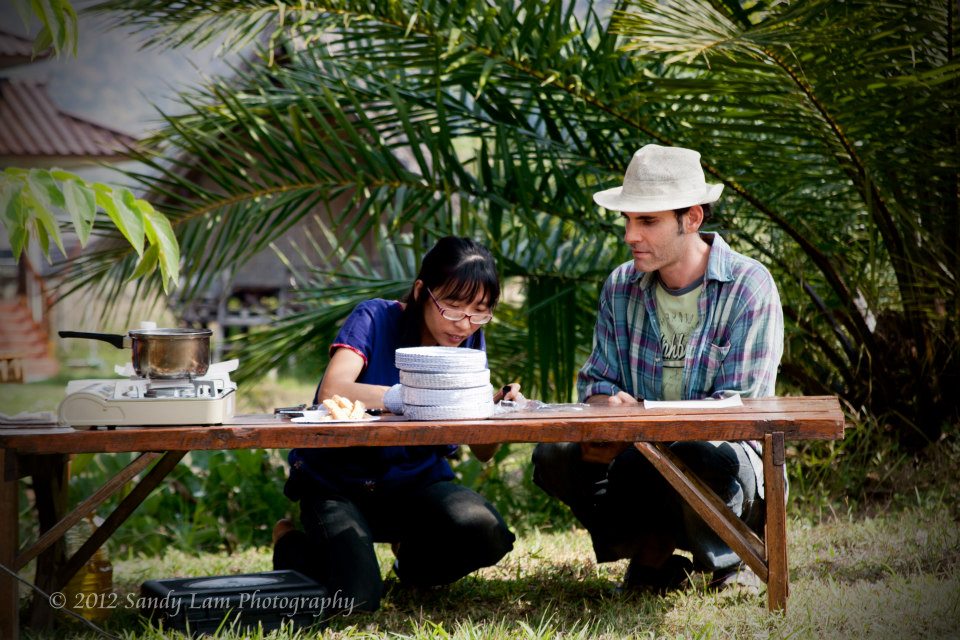 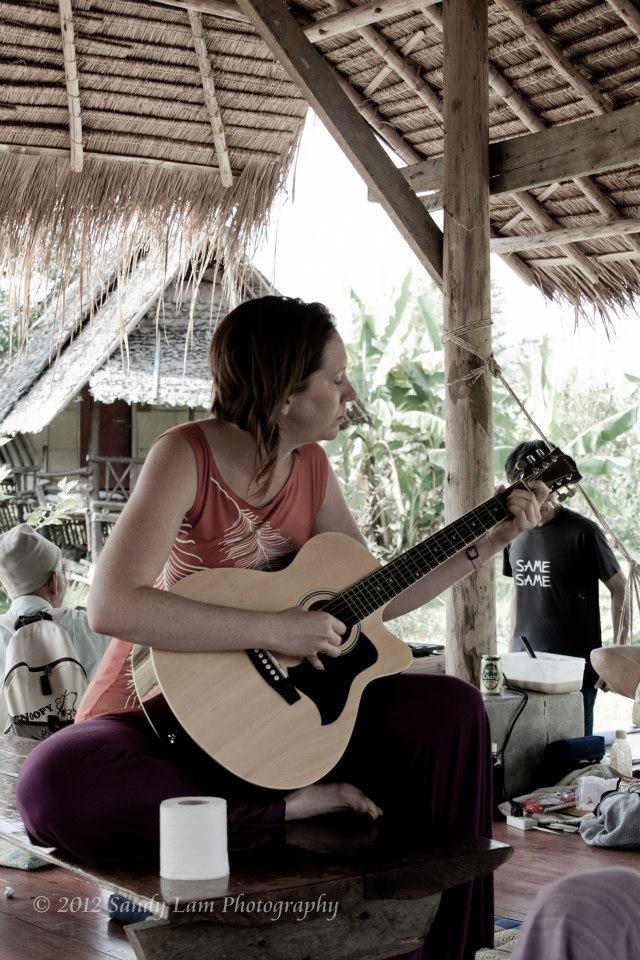 After spending the morning and afternoon snacking, swinging in a hammock, listening to music and making new friends, I had to sadly say goodbye. As Jake and I parted ways, he suggested that my next venture involve a return to Pai and opening a Vietnamese food stand at the farmer’s market. What a glorious idea. The seed is firmly planted in my brain and as I sit here on the beaches in Southern Thailand, all I can think about is the possibility of fulfilling another one of my life dreams. We’ll see….