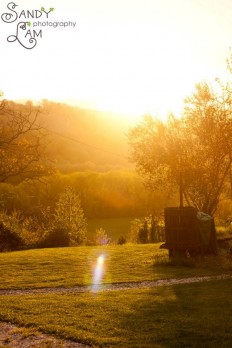 It’s been a little more than a week since my arrival and getting settled in has been easier than I thought it would be. Daniela (Corrado’s mother) has been a nice surprise. I always enjoy my time with her, I feel like she’s my adoptive nonna. She likes to gossip (giving Hilary boy advice..even when it’s not ask for haha), cook (best lasagna EVER), sing, and everything in between. She took us on a shopping trip to the nearby town Jesi (pronounced “yes-ee”).

I managed to make a quick mini tour video of La Distesa and my apartment for those of you who wanted to see. I apologize in advance for the lame commentary and poor video quality. But hopefully you get the idea. 🙂

Classical guitar player was my favorite

Last Friday, Luigi took us to a Latin/Italian concert which was pretty great. In my never ending search for good beer in Italy, I settled upon some sort of “red ale”…which turned out to taste like a hoppier red version of Budweiser. Blech. But the music and company was great. The next night we went to an Italian play in a cute little theater which was super fun. Even though I didn’t understand anything, I still found it very entertaining. I have always liked the theater and the characters are still appreciated. Sunday Corrado hosted a big lunch for some wine journalists who were in town for a book conference we attended later in the afternoon. I’ll write something up about that soon.

My days are mostly filled with work between 8 a.m. and 5 p.m. Although an hour and a half of that time is spent eating and talking during lunch. It’s been pretty amazing to be working outdoors. The first few days here were continuous rain, and now our days have been half sun/half rain. We finished up pruning the baby vines and have been working on keeping the weeds under control. Which can be a very tedious process. We have to place these plastic cones around the baby vines and Corrado or Giovanni come around with this giant weed whacker to trim around the area. You can always tell when we lose a vine because you can hear some angry Italian exclamations in the distance. That's not a photo glitch, the "fogginess" is literally a rainstorm moving towards us.

When it’s raining we spend our time bottling and boxing…the other day we bottled 10,000 liters of wine…which equates to about 1,300 bottles. Since Corrado bottles each one himself, it seems like a monotonous task, but time past by quickly as I introduced him to the Seattle music scene. He became a huge fan of Hot Bodies in Motion, and when I told him the band name all he could say was “Hmm…sexy…” haha.

I’ll write another update about the work we’ve been doing and of course post some food photos…but I thought I would give an update on my new home since so many of you have been asking.

How to get a hold of me:

Thanks to everyone who has been sending me warm wishes and hugs. Your love and encouragement is much appreciated!