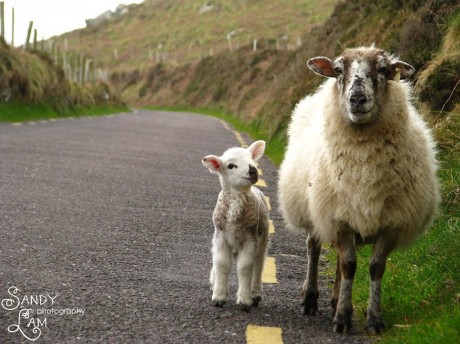 Chris and I went on a 30 mile bike ride along the peninsula. Hands down one of my best moments traveling. I’m fairly determined to be able to explore Ireland only by bike one of these days. We were going to do a loop route, but by the time we got half way through we decided to just back track. I was starting to get sick and battling in the extremely strong winds wasn’t going so well for me. The rest of the route was going to take us inland along the hillsides, and after consulting the map, we realized if for some reason I couldn’t make it there wasn’t any place for us to stop. So we turned around and probably with good time because the last couple miles it started pouring down rain.

The bike ride was AMAZING. It was beautiful. We basically headed up north from Dingle…visited some beaches…had lunch on the beach…stopped by a celtic museum…it was grand. Along the way we ran into quite a bit of sheep. One photo in particular, that you see above of a lamb and it’s mother were mosing along the roadside ahead of us and I got off my bike to snap this photo. This photo turned out to be my first genuine paid photo. A couple months later, a woman from Ireland who makes greeting cards saw my photo and asked to buy a temporary release from me so she could use the photo for a card. She ended up writing some cheesy on it like “Follow the Yellow Brick Road” and I my name was misprinted…”Photo by Sandy Lamb”…but I did find it hilarious that the photo was of a lamb and my last name is Lam and she thought it was “Lamb”. My friends and I got a pretty good kick out of it. 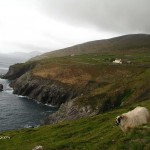 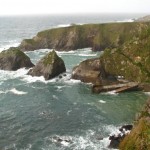 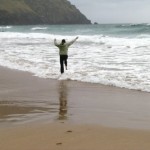 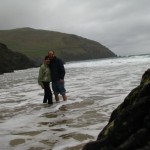 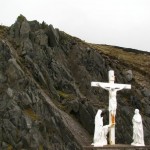 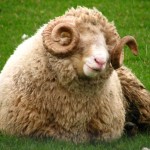 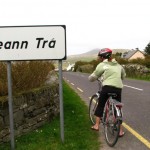