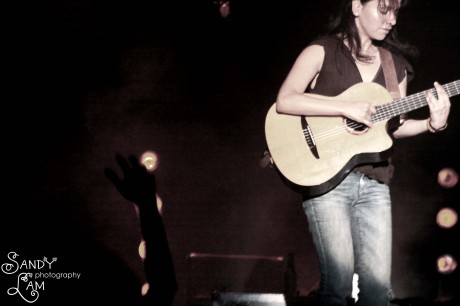 Being able to call Seattle my home has spoiled me with some great live music. So much that I sometimes have a hard time spending anymore than $15 or $20 to see a concert. Unfortunately, I don’t get to see very many big acts this way. But after spending so much time seeing so many artists up close, it feels rather silly to me be at a concert and be more than 15 feet away from the stage. Bumbershoot has definitely only further encouraged this selfish need of mine. But there are some artists out there who I would pay an arm and a leg for, one of them being Rodrigo y Gabriela. I randomly discovered them at a college party at my friend Teego’s place. He said he randomly downloaded their music and we were listening to it one night and I was immediately intrigued.  Two acoustic guitarists from Ireland with a background in heavy metal music. Epic indeed.

I first saw Rodrigo y Gabriela at Bumbershoot 2007. My friends and I got to the stage 2 shows early to ensure ourselves an prime spot. And man did we luck out. I apologize in advance for my immature squealing in the video.

This was hands down the best live show I have ever witnessed. There are no lyrics to the song, and being that I am heavily drawn to vocally driven music, I was interested to see how they would be live. These two have got to be the coolest musicians. I would love more than anything to have a beer with them. They seem so genuine and proud of their art – really living the life of doing what they love to do most: perform.

I admit I have  a lady crush on Gabriela. If I could be any woman in the world, it might be her. Incredible doesn’t even being to describe how amazing she is. As you can see by the video, she doesn’t need anyone to accompany her.

I saw them again a second time during one of my birthday celebrations at Marymore Park in August 2010. Amazingly enough none of my friends wanted to go so I gave my extra ticket so another fan who was dying to see them. Marymore Park has got to be one of the lamest outdoor concert venues I have ever been to. Well at least how they had it set up. In front of the stage was a giant seated area. The standing area was in the wayyy back. I was not about to have any of that, so I asked the bouncer if I could go up front to snap some photos. He agreed, but I was kicked out within a couple minutes. Eventually the restless standing crowd tried to storm the bouncers to be closer to the stage but they were all kicked out. I somehow luckily scored a ticket from a seated person who was leaving so I was allowed to stay. I thought Bumbershoot was amazing, but this was even better. Rodrigo came by and high fived everyone in the front, and out of crazy adreneline/completely obsessed fan mode, I told Gabriela it was my birthday and she shouted out “Happy Birthday!” and gave me a high five. I never wanted to wash my hands that night and was completely star struck. I’m not usually like this, but…these people are amazing. 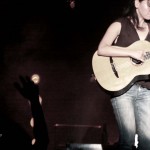 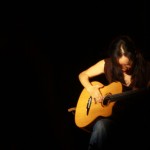