You would think trying to camp at Crater Lake over Labor Day Weekend would be a nightmare. And if you were to stay within the park, I suppose that’s probably true. But there are plenty of state campgrounds surrounding the national park where car camping can be a breeze on what is considered the most awful weekends to go camping. The key is the location of your camp spot and to time your stay with an “extra” day so that you can enjoy the park without the holiday crowd for at least one day.

We chose to car camp at Collier Memorial State Park. Home to the state’s largest logging museum with displays dating back to the 1880’s, this park is just a 40 minute drive from the lake (that includes the windy, slow roads you’ll encounter once you enter the park). In all honesty you probably spend 15-20 minutes just getting to the lake from most of the park campgrounds. What’s another 20 minutes when it means you get a quiet hassle free car camping experience?

We chose Collier because Chris and his friends had on a whim decided to spend the weekend at Crater Lake over Labor Day, the week of. They drove right up to the campsite without reservations and had no problems snagging a spot. The park was nearly empty. As far as car camping goes (of which I am not the biggest fan of), this had to have been one of the nicest state campgrounds I’ve ever been to. First, the bathrooms were heated, and the showers had hot water that was FREE. Free hot showers alone gets me going, so Collier wins in my book. The campground is situated on a river which makes for a nice walk over to the logging museum. 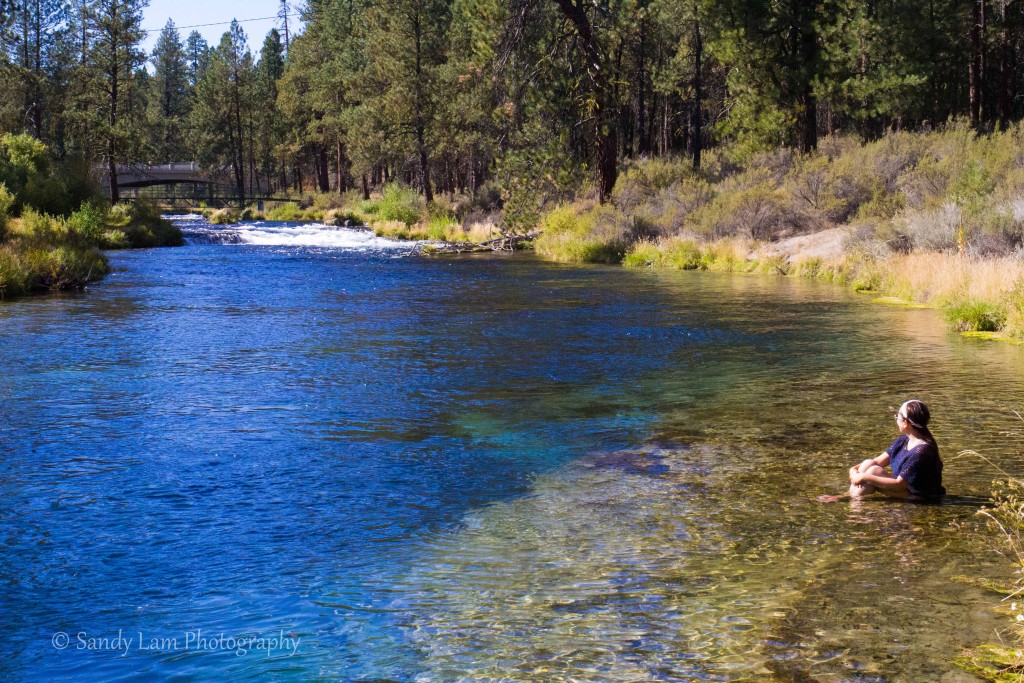 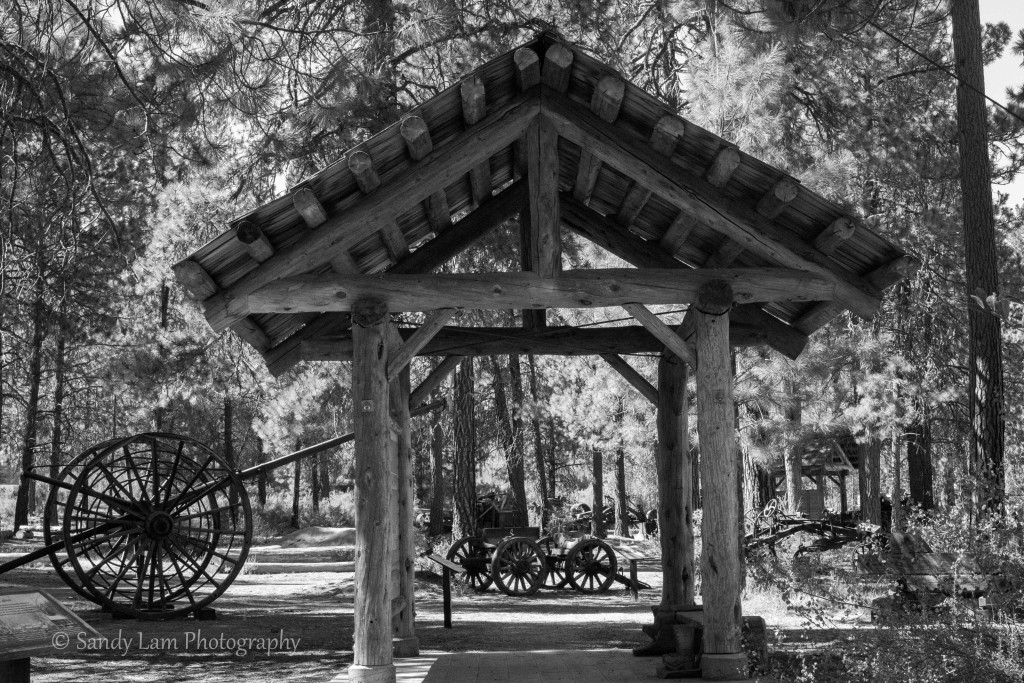 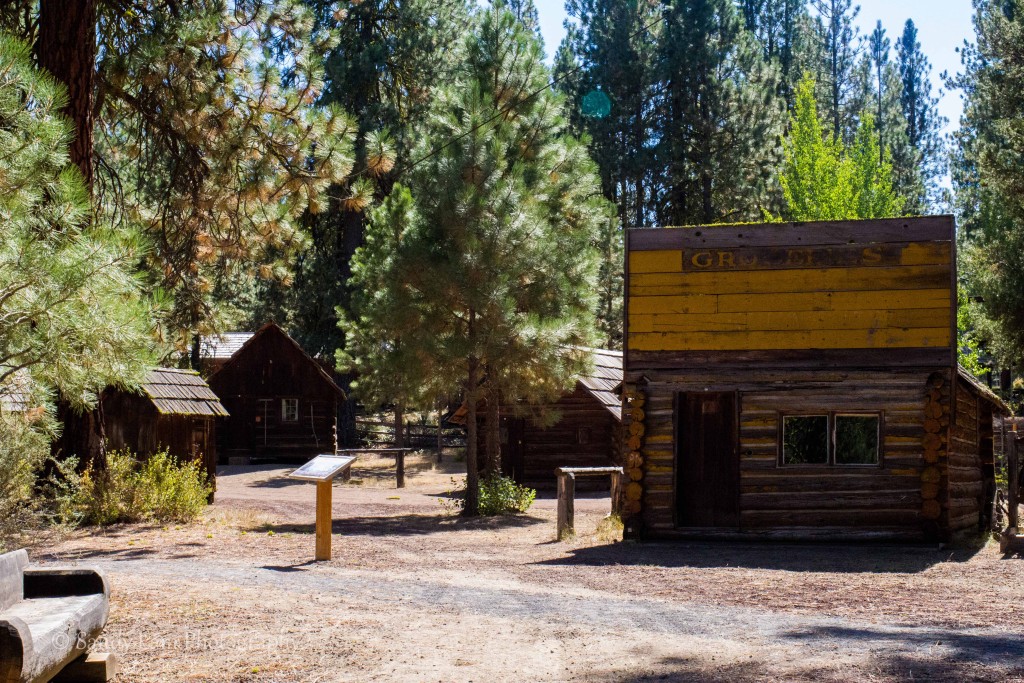 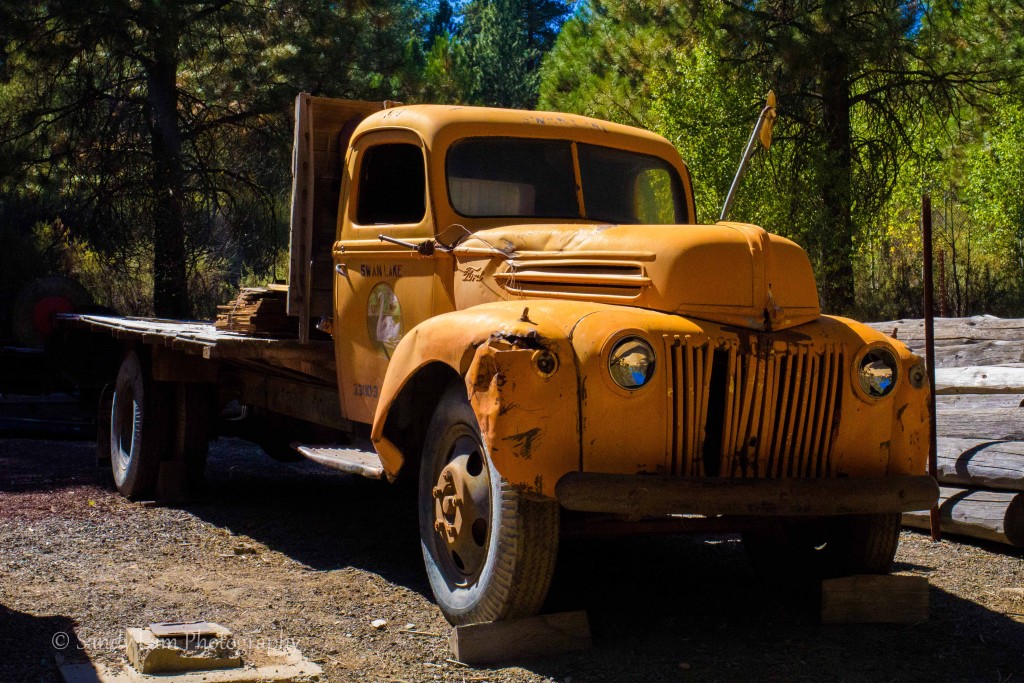 The logging museum was pretty amazing. Plenty of great machinery and information on the lives of loggers back int eh day. The gift shop was super cute to boot. On this particular weekend the museum was having a Logger’s Breakfast. For $12 you were able to enjoy a traditional logger’s breakfast that included pancakes, sausage, eggs, etc. Unfortunately, because of how we laid out our itinerary because of weather, we had to miss this event. It sounded really fun though. 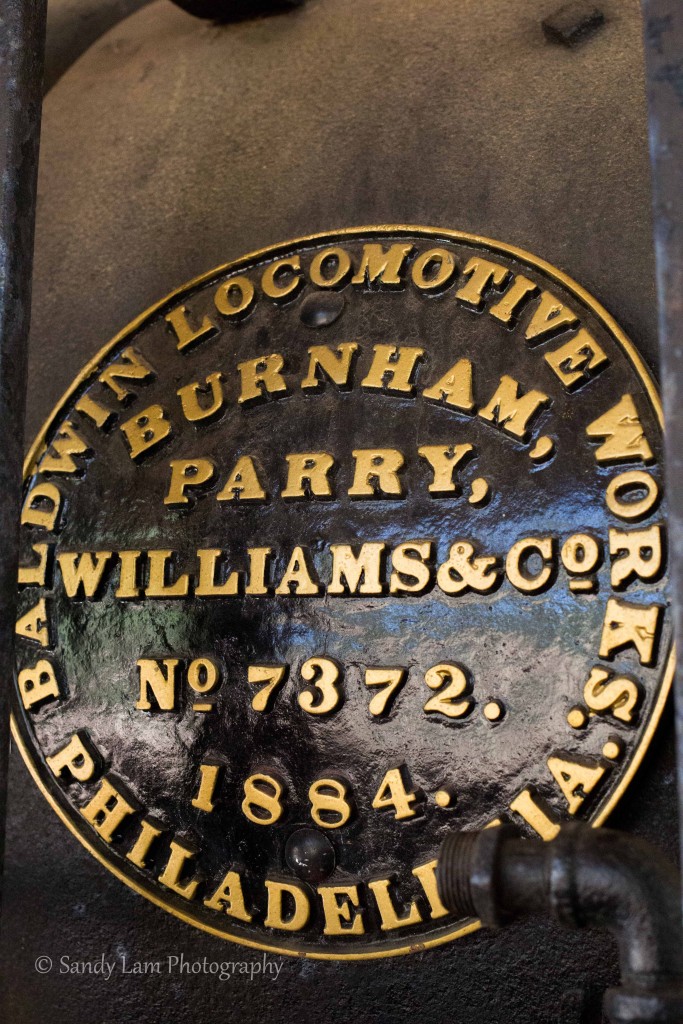 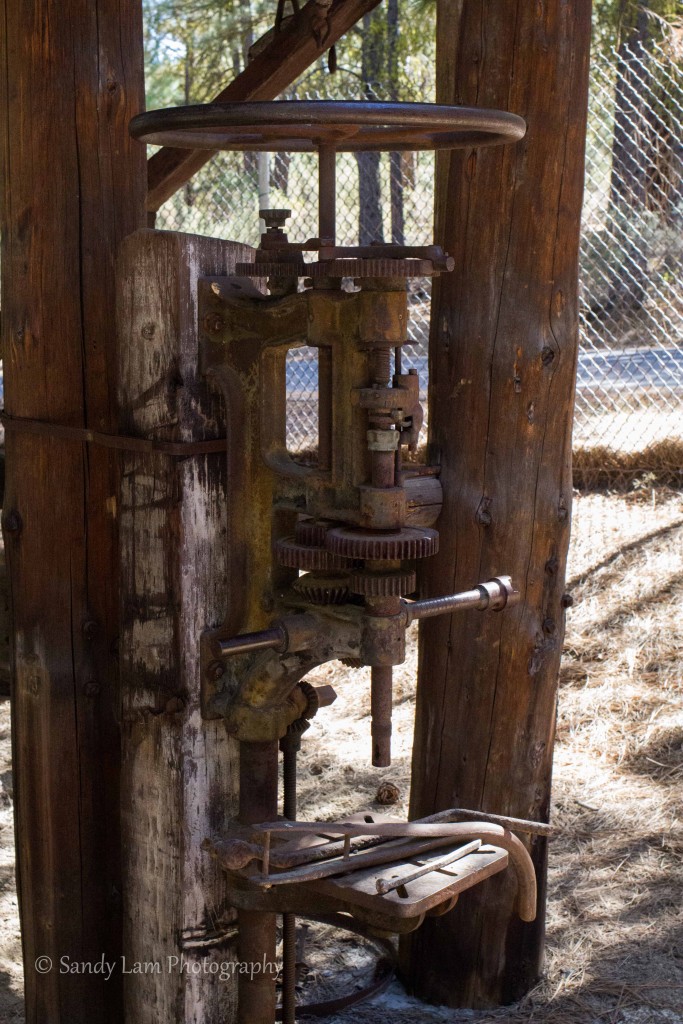 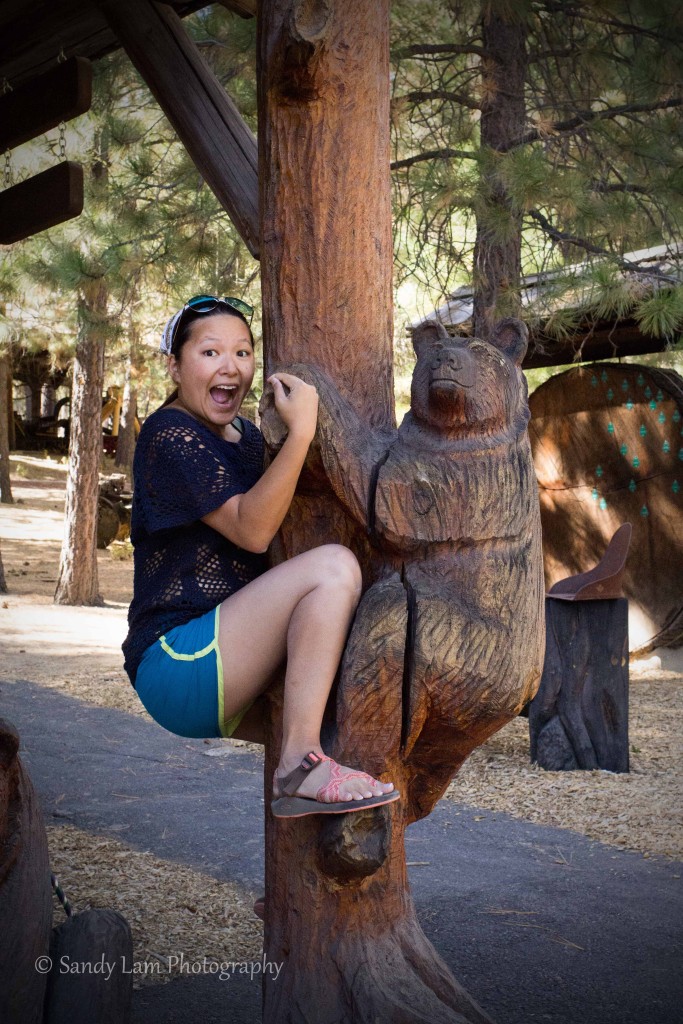 So what’s so great about Crater Lake? If you didn’t alreayd know, Crater Lake is the deepest lake in the United States at 1,943 feet. There are no rivers or waterfalls feeding it, it is formed purely from snow melt and rain. It was formed about 7,700 years ago when the volcano Mount Manzama erupted and collapsed, forming the bowl. It’s famous for the deep clear blue water, and as someone who loves jumping into lakes, I was looking forward to it.

Weather played a big factor in our activities. Our two main goals involved a steep 2.5 mile hike to Mt. Scott (5 round trip), the highest point in the park (8,934 feet) and hiking down the Cleetwood Cove Trail (2.2 miles) for some cliff jumping. Given both of us were extremely out of shape we gave our selves a day for each activity to allow us to move at a leisurely pace. Since we were so far outside the park we had to account for some driving into the park each day. Honestly in my opinion it was nice to get out of the chaos of crowds so the drive in was worth it. 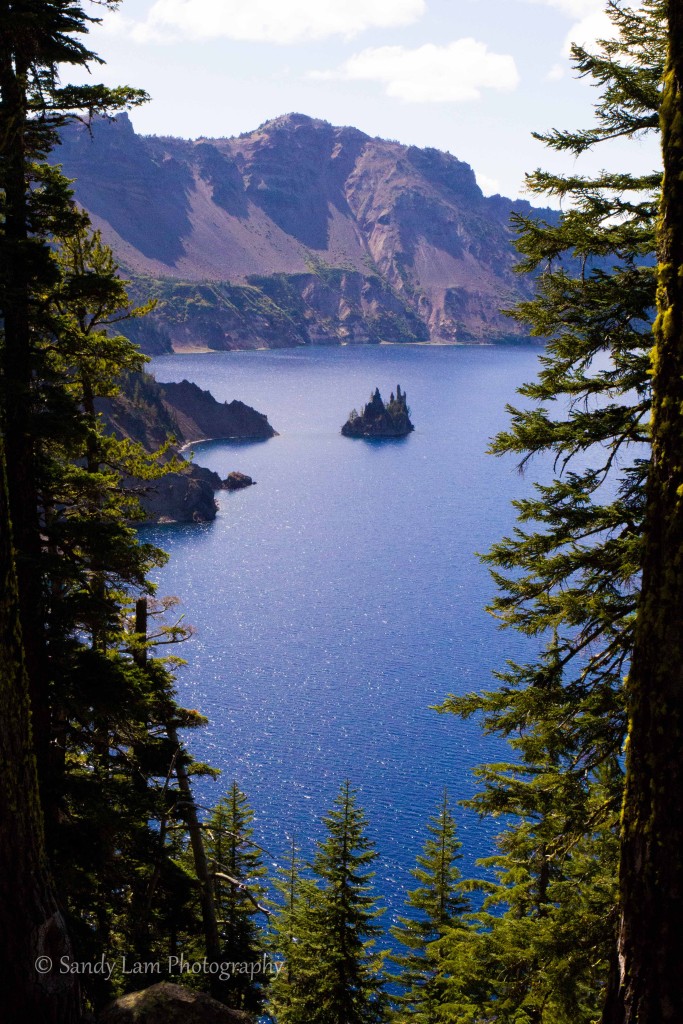 To be honest, the first time I saw the lake, the grandness was beautiful, but I was disappointed in the color of the lake. At first I couldn’t figure out why the lake looked like any other lake I’ve seen before. It wasn’t until the next day I realized that my first day had a large amount of overcast and the grey of the sky was reflected upon the lake. You’ll see in the series below that the lake is more of a grey blue than crystal blue (which you’ll see more of if you keep scrolling).

The hike to Mt. Scott was steep but beautiful. Most of the hike was in exposed sun (surprisingly hot in Sept) but there was so relief in the shade at times.

As someone who prefers backpacking, I was NOT a fan of the crowds. When we reached the top of Mt. Scott, I have NEVER – EVER – seen the top of a mountain so crowded. It was so crowded that there was no place to sit! People were waiting behind others to enjoy a lunch break with a view. We happened to snag a little area behind some bushes with a view but we just happened to be standing by a couple who was packing up to leave. It was like Disneyland. Awful. The photos you see below were actually take further down the trail. To avoid mass amounts of people in the photos I had to move further from the fire lookout. Ugh, just thinking about it again annoys me. Too many people.

And the chipmunks? They are AGGRESSIVE. This one came right up next to me. I thought it might steal my sandwich out of my hand or something. 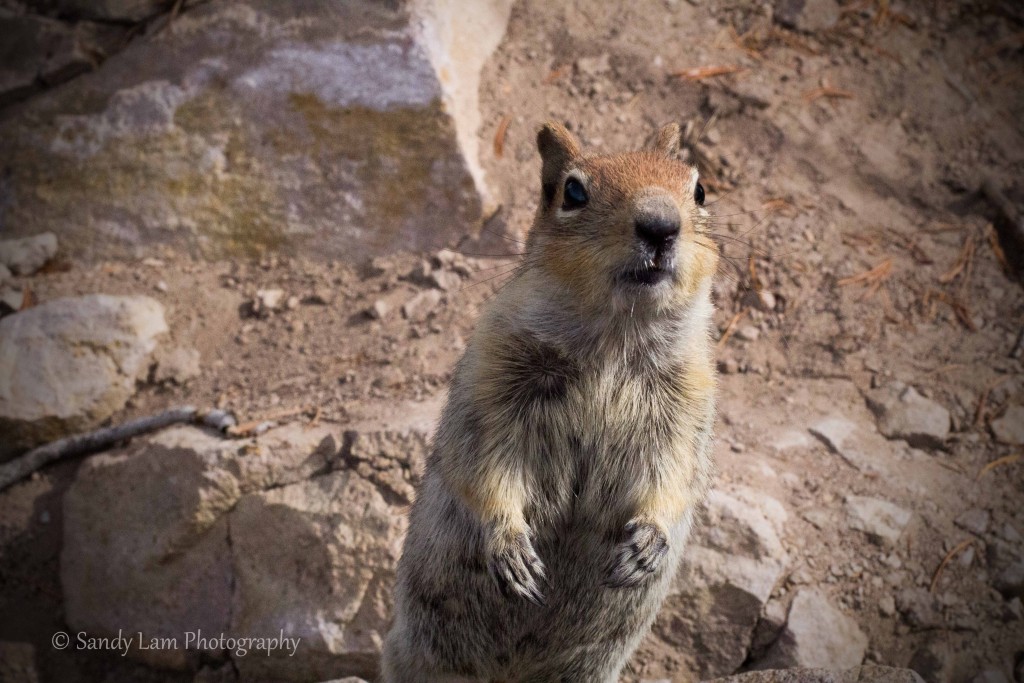 Ok enough of the people, time for a fun photo. 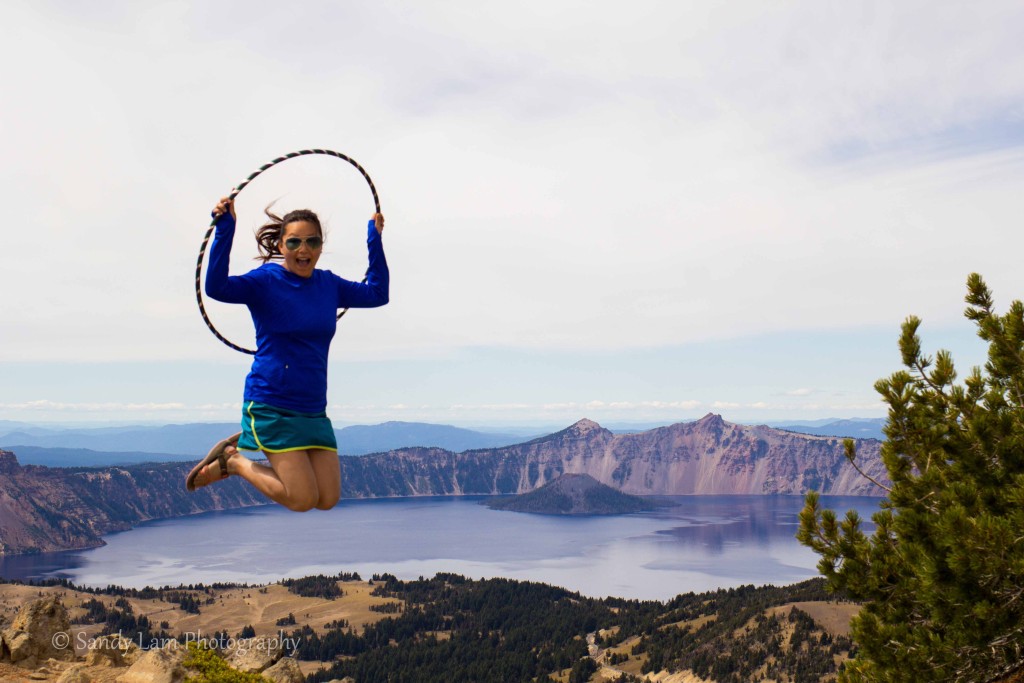 The next day was incredible. The blue of the water was intense, bright, and inviting. I couldn’t wait to jump into it!

Blue skies on a windless day created the perfect reflection in the water. 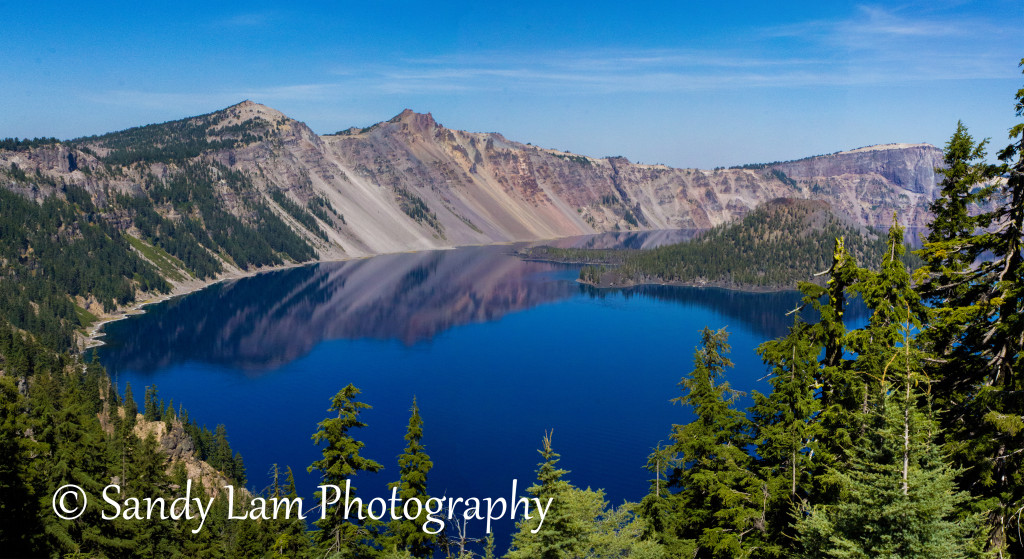 Down the dusty trail we went. It was crowded and steep but I couldn’t WAIT to jump into the water. I felt like I was still recovering from the frigid river water near our campsite (seriously…colder than ice water I’ve jumped into), and was pretty sure nothing could have been worse than that. 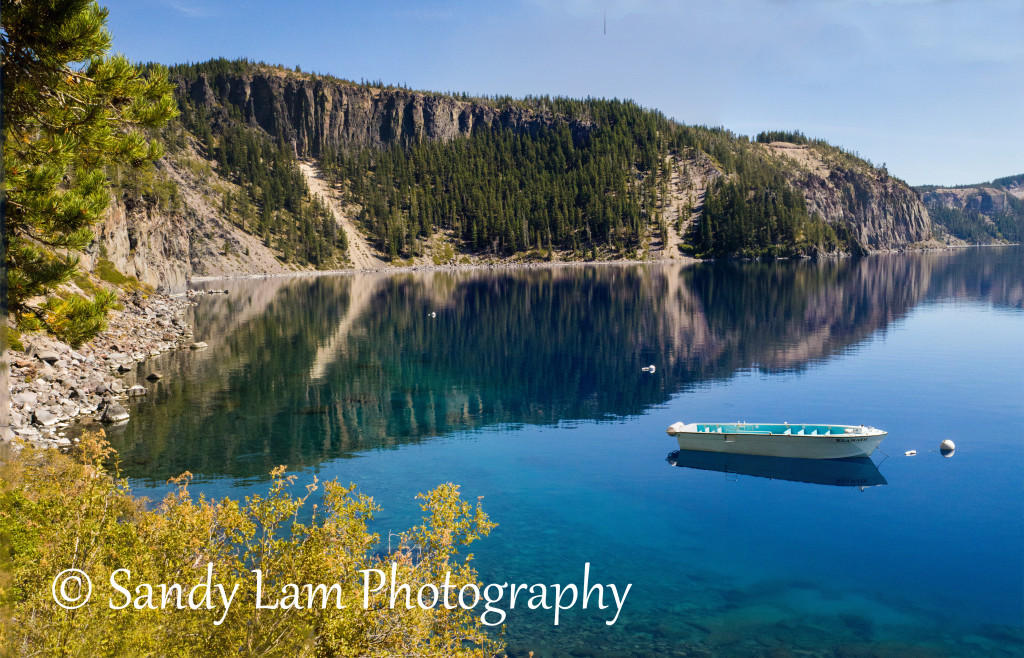 Look at how clear it is!

After some hula hooping on the rocks, it was time to jump into the lake! I have never cliff jumped before and while I knew I wanted to stay upright, my legs came out in a sitting position as I got closer to the water…I was bruised for days…I also realized I could run out of break screaming before I actually hit the water. Here you can see Chris jumping with my hoop. So funny. 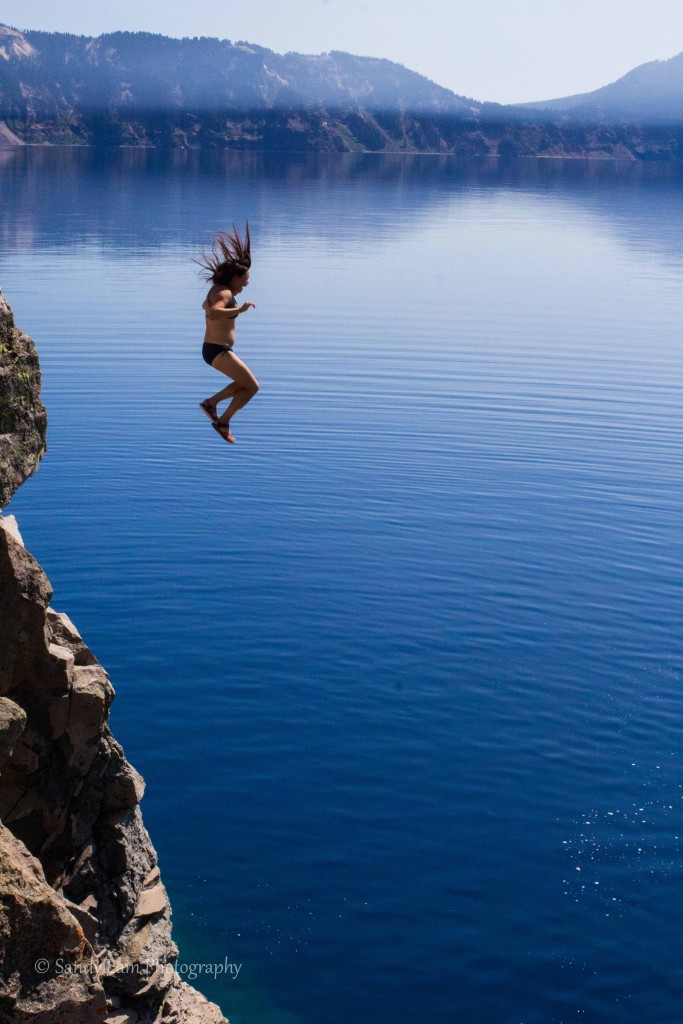 The water was cold, but NOTHING compared to that river water I experienced the first day. I actually found the water to be a cold but plesant temperature. I stayed in for about 20-30 minutes i think. Floating in water is one of my favorite feelings. And I loved it! 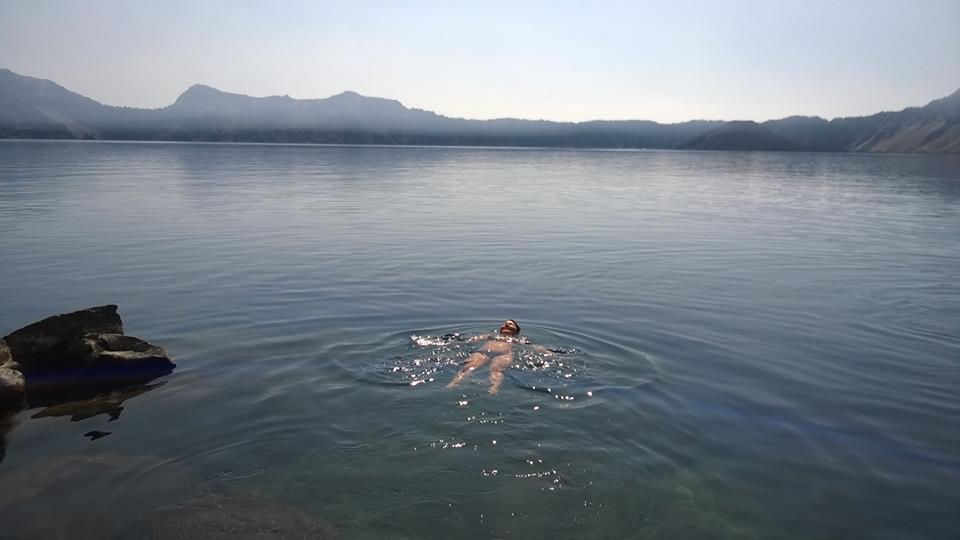 After the gnarly climb out (11% grade), I was looking forward to a delicious meal at the Crater Lake Lodge. We decided to get fancy! 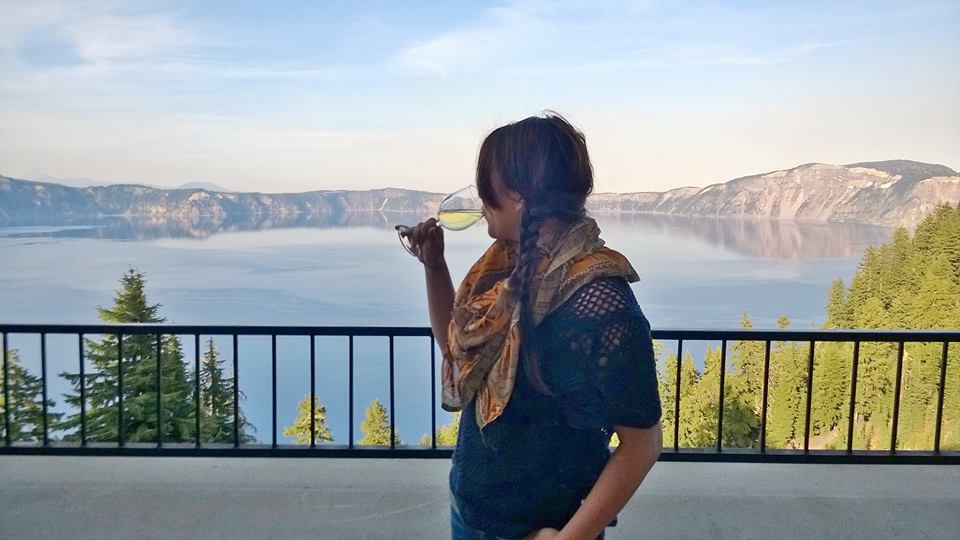 The food wasn’t all that fantastic…but it was nice to have a nice hot meal not prepared over a campstove. And post dinner cribbage around the fireplace is always a win! 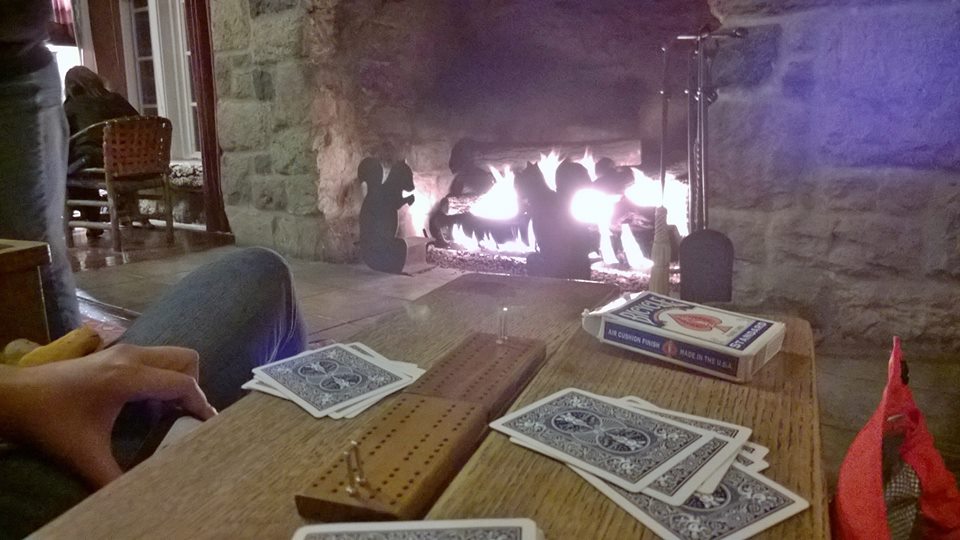 We decided to leave the day after Labor Day, which was perfect because on Monday, the crowds were easily reduced (everyone traveling home). It was a great way to spend the weekend hassle free. I wish I had been able to see a sunrise, but it was nice sleeping in.