Since I’ve been transitioning between job duties and began volunteering, I haven’t been cooking much. I’ve become dependent on snacks, but luckily my roommate Meghan has been on a Rachel Ray craze. She bought one of her cookbooks and has been cooking up a storm…I really should start documenting her adventures. It’s been exciting, to taste all the treats like Chipotle Mac and Cheese or Spicy Shrimp Tacos…mmm…This entry is from an old dinner gathering (probably from January) but I kept forgetting to write about it, so here we go! 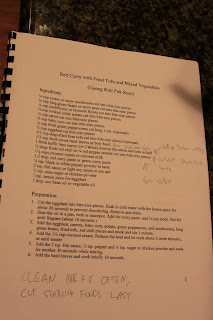 Sophia and her then boyfriend Ryan spent the past couple of months backpacking, climbing, and running like crazy. Super athletes to the max (Sophia actually does a workout called the “300” because it’s the workout all those guys did for that crazy movie), these adventurers were lucky enough to spend some time at a cooking school in Thailand. So they came over to cook us a TASTY meal. 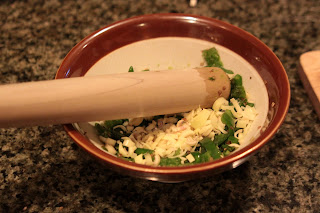 First, crushing the peppers and lemongrass to create a homemade curry paste (watch out for the fish paste…it’s not the most pleasant smell). I got tired of smashing, so I let Troy take over for a while. 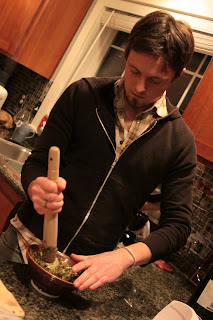 The food was smelling mighty tasty!! 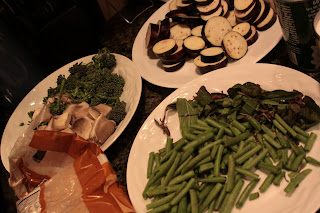 Pretty soon the food was ready. What was really interesting is that Ryan made two batches. One he forgot to put sugar into and the second he did. It was amazing how much the sugar changed the taste of the curry. It tasted wonderfully without, but WITH the sugar, it was like all the flavors came together…it was amazing! 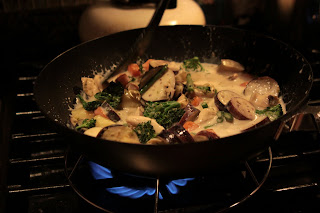 It tastes AMAZING. So try the recipe above!