Almost needless to say, Tina and I did not enjoy our time in Delhi. It’s louder, dirtier, crazier, and sketchier than any of the other cities we visited. We tried our hardest to get in and out as fast as we could but because we couldn’t access wi-fi to arrange our next set of long-distance train adventures, we ended up staying two unfortunate nights in Delhi. Luckily, the only saving grace of my experience in Delhi is this AWESOME naan place.

I don’t even know the name of it since it was in Hindi, but I’ll try my best to describe how to get there. Its near the New Delhi Train station, just south a couple shops of Hotel Twenty. It’s off on a small alley street parallel to the main northern road that goes over the bridge (DB Gupta Road). If you cross Arya Nagar Road you’ve gone too far west, Sorry google maps doesn’t work well. I call this naan alley because I found a few more similar stalls but this one seemed the cleanest and most promising. I’m not usually one to steer clear of dingy places (sometimes that’s the most authentic places), but in India, cleanliness is seriously an issue. This is what it looks like:

I’m not even sure how Tina found the hotel we were staying at, because she braved the Delhi streets at 8 at night while I argued with another hotel manager for trying to rip us off (don’t worry I got back 100% of our rupees). Tina hates financial haggling/arguing/confrontation and I am terrified to walk around Delhi alone, so we made a good team. As soon as we were settled in to our new place we scrambled for something to eat. Just a coupe doors down I saw some guys making naan outside a small restaurant. I had been dying for some real tandori naan so we stopped here. And I am so glad I did. In the next 24 hours I ate there three times.

There was no real menu but I spied some tasty stuffed naan that I wanted. And when the server mentioned paneer butter masala I was sold. The first night I didn’t have my camera for once, but I ended up with potato naan and THE BEST paneer butter masala of my life! Seriously this paneer was so crazy fresh it was like cottage cheese. It was SO good I still think about it from time to time.

I returned the next day for lunch and got mixed vegetables with paneer and paneer naan (can you tell how much I love cheese?).

Yeah it was a gut bomb but oh my lord was it worth it! The little bowl of white things are fresh radishes. A nice compliment to the grease put in. The food was perfectly spiced for my pallet though if you wanted more there was a big bowl of fresh green chilies for you to spice it up. Seriously best Indian food I’ve had in India so far.

That evening I returned and decided to ask for a rice dish to try to balance myself. This didn’t work because the amount of rice and grease on the plate was overwhelming. I actually had to take some away! Of course I had to have a paneer biryani with chapati. 🙂 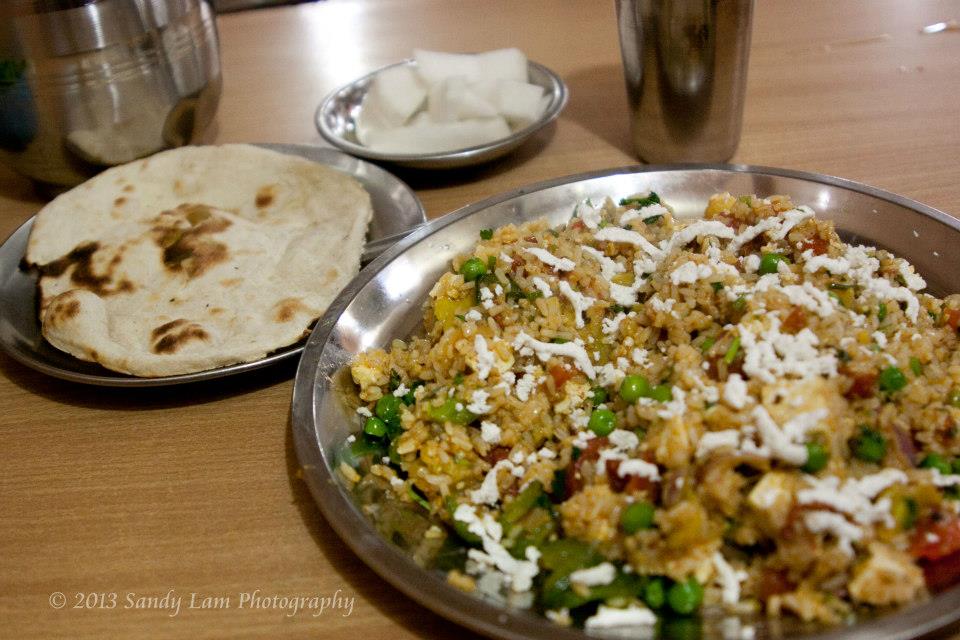 I bid the guys adieu, who definitely came to enjoy my visits and always smiling. And now I hope you can find this magical place. 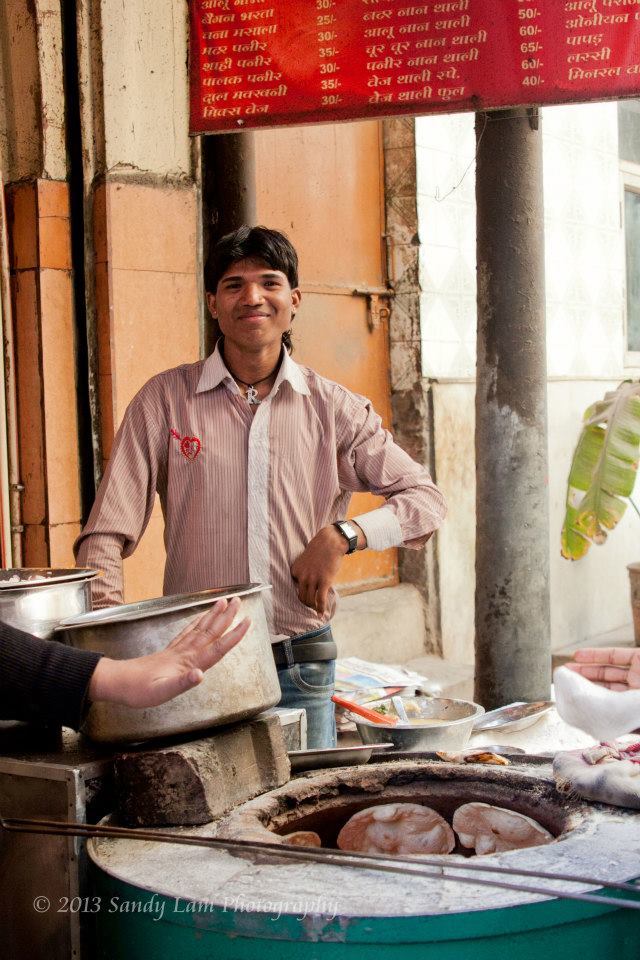 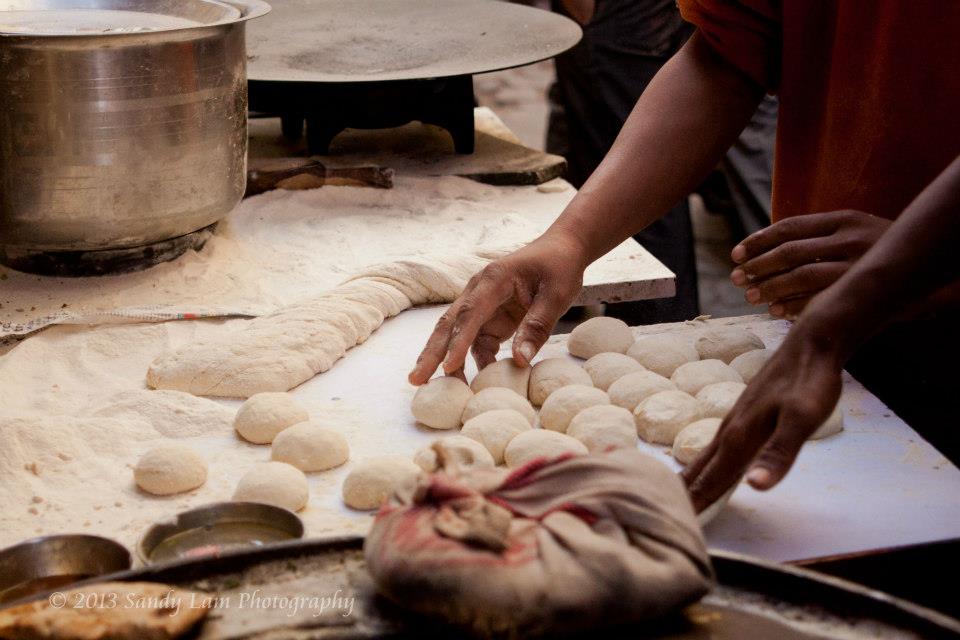 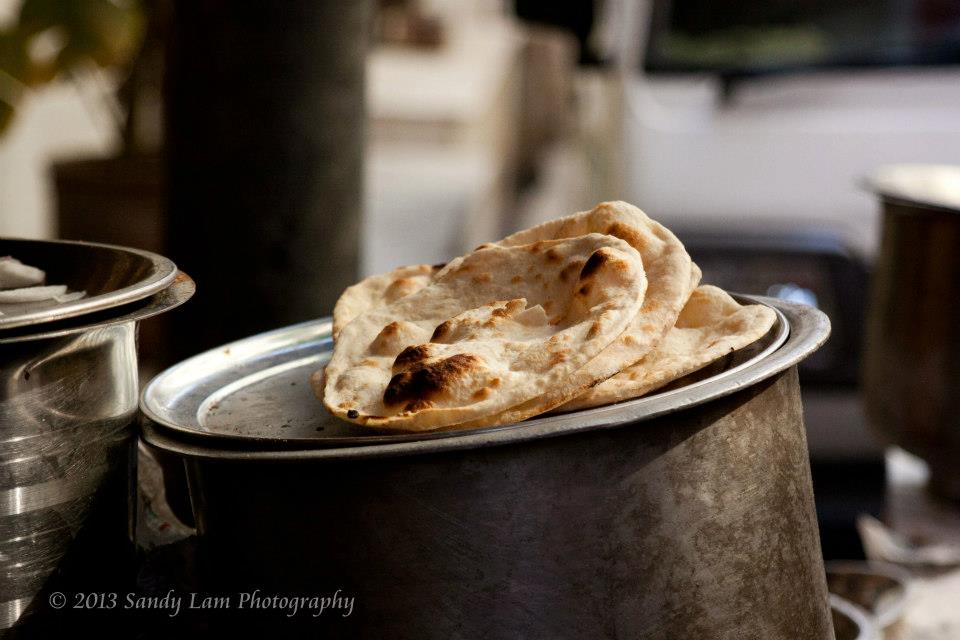