Back during the good old culinary art classes in highschool, I learned how to make ravioli. All I could remember was how tedious it was…but somehow I forgot just how tedius it was exactly. Plus I wanted to try a new technique I had learned from the pasta making class I stumbled upon. But fair warning, this adventure took me 3 hours to complete.

Giovanni and I brought back wine and a special nut sauce from the Cinque Terre, btu instead of just giving it to Corrado and Valeria, I thought it would be fun if we made them dinner using what we brought back. And by we, it really was just me.

I browsed a few pasta recipes to jog my memory and off I went. Sorry there is a lack of photos, but when you’re hands are covered in dough and your’re cooking alone, it’s a little difficult to manage. Basically I used 1 egg per cup of flour per person I was serving. I probably could have done with less since I was stuffing the pasta. For the filling I went for a simple traditional filling of blanched spinach, fresh ricotta, and salt to taste.

Instead of an electric mixer, I wanted to make pasta the traditional way all the wise old women in Italy would tell you to do so: By making a “bowl” with the flour and adding the eggs in the middle and whipping it together with a fork. I wish I had photos of this because I definitely failed. The eggs started leaking over the sides and I was scrambling to blend everything together. Definitely not my most coordinated moment.

But soon my dough was ready and I wrapped it in a plastic bag to let the dough “rest” in the fridge for an hour. This allows the dough to be more maluable when you’re ready to make your pasta. I took a handful of dough to work with and spread some flour out on the table. I struggled to get my dough through the pasta roller at first and was really worried. Turns out I was trying to roll it through on the thinnest setting right away. You have to start from 1 and work your way up (I settled for 4 because the pasta was getting quite thin). THAT’S why it takes so long.

If you’ve ever read to keep your pasta on a damp towel once it’s finished, you’re wrong. Don’t do it. Lucky for me Daniela came to save me before I finished. You want to keep your pasta dry, but not too dry. But the damp towel will cause the filled pasta to stick to everything and tear apart. Also note it’s ok to brush your dough with flour as you work it through the machine. This keeps it from sticking and allows a more even surface.

So once I had two sheets of pasta, I layed one down on the flour surface and dropped little spoonfuls of the filling about 1 inch apart from each other. With a basic beaten egg paste, I brushed some around the fillings. Then I placed the second sheet directly on top and cut around. No fancy cutter here and my rovioli ended being a little too large, but oh well. I placed it on a baking sheet and sprinkled some flour on top. 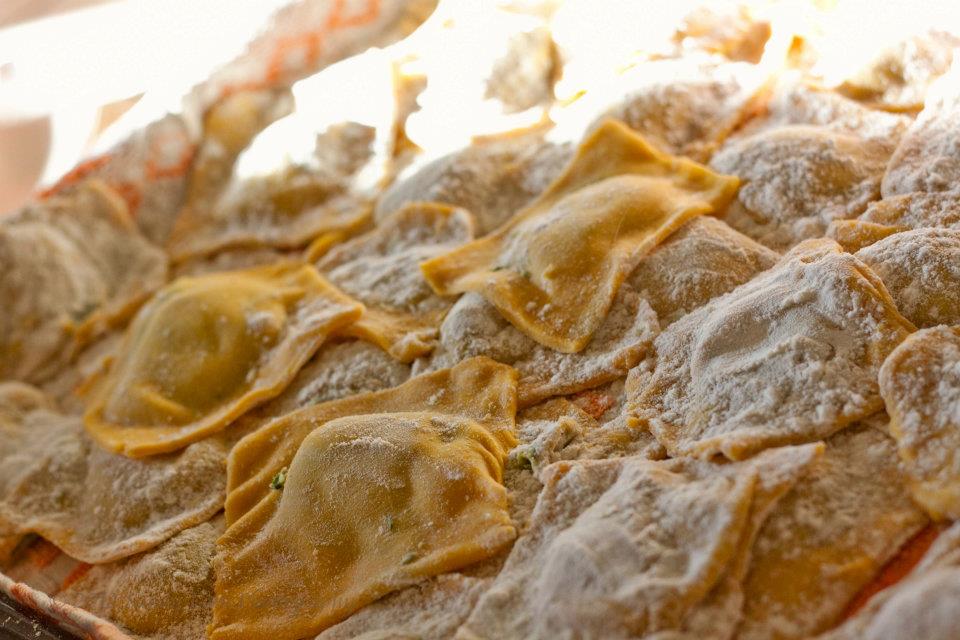 In the end it looked pretty good. I cooked two batches up, one with the nut sauce, and another with some garlic, fresh sage, and rosemary. The second was the winner. However, the pasta was a little thick for my taste, so I guess I’ll try to make the sheets even thinner than before. Daniela and everyone else approved of the final product so I guess in the end it was fine! 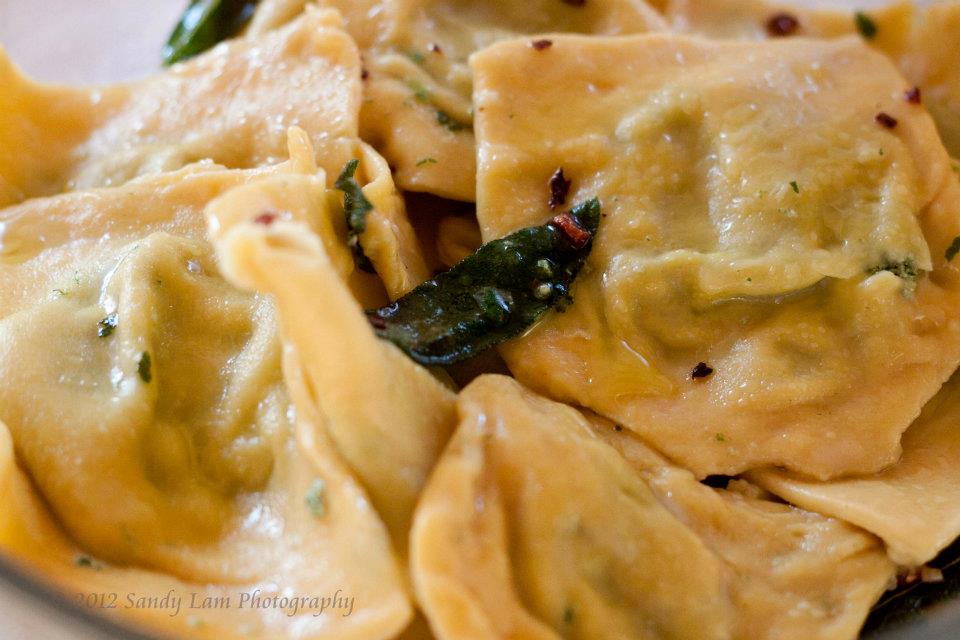 I’m looking forward to trying it again sometime just so I can get the process down smoother. 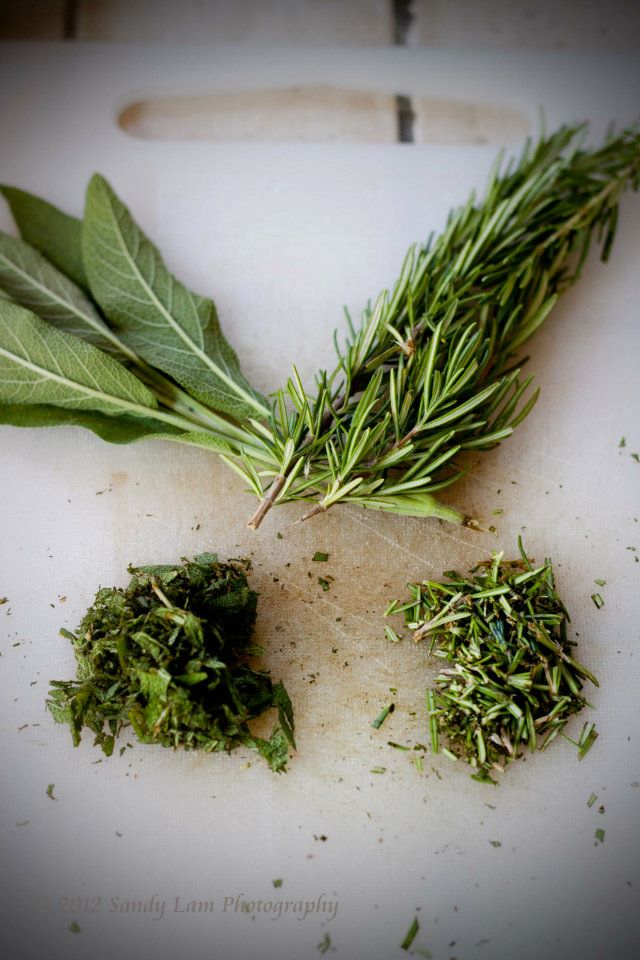